Apple’s upcoming MagSafe Duo Charger pairs a ‌MagSafe‌ iPhone charger with an Apple Watch charging puck, but as noted by Bloomberg‘s Mark Gurman, Apple has recently updated the product description to note that the ‌MagSafe‌ portion of the charger won’t charge at the full 15 watts supported by the standalone ‌MagSafe‌ charger. 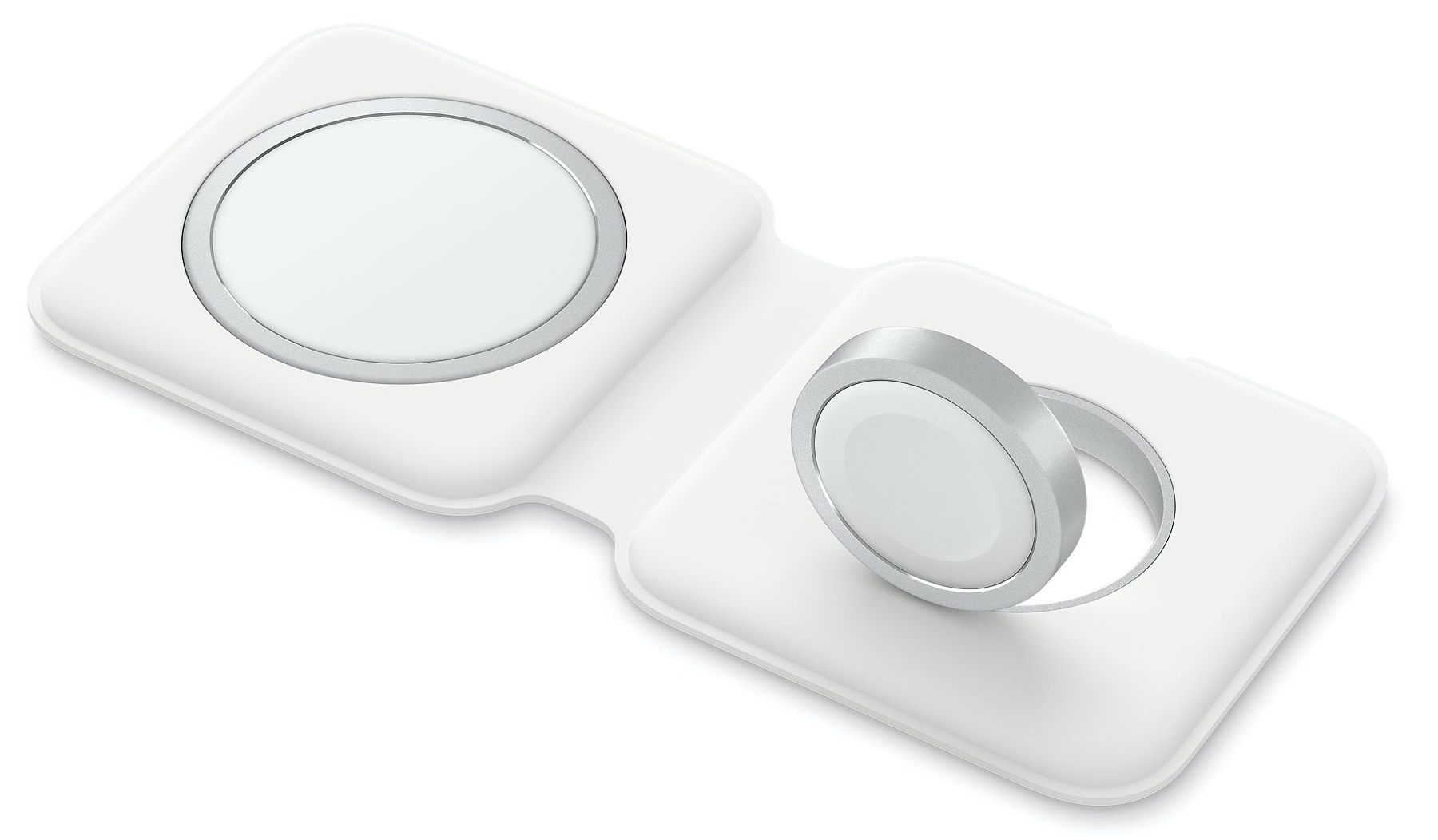 Apple initially recommended that the ‌MagSafe‌ Duo Charger also be used with a 20-watt adapter, leading some potential customers to wonder whether it would be able to deliver the full 15 watts of power to an ‌iPhone‌ while simultaneously charging an Apple Watch.

Apple’s ‌MagSafe‌ system continually regulates the charge being delivered to a connected ‌iPhone‌ based on heat and other factors, so even a regular ‌MagSafe‌ Charger generally won’t deliver a constant 15 watts, but still, the fact that the ‌MagSafe‌ Duo Charger delivers lower peak power than that may be concerning to some potential customers.

Apple still has not announced a launch date for the ‌MagSafe‌ Duo Charger, which is priced at $129 without a power adapter. The charger continues to be listed simply as “Coming soon.