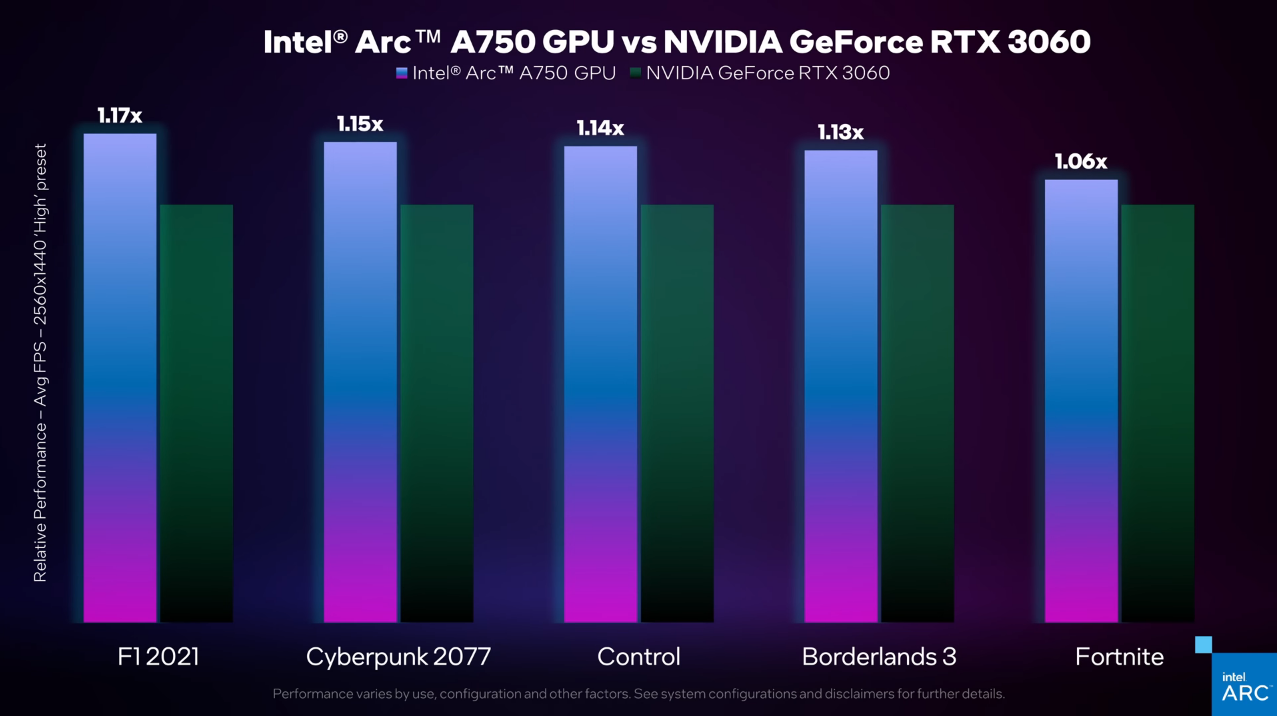 In the video, Intel demonstrates how CD Project Red’s Cyberpunk 2077 game performs on a system with its new A750 video card. At 2560×1440, Intel’s card manages “results just under 60fps” using the high quality preset of the game.

Intel concedes that other games may not show the same results, and it is possible that Nvidia’s graphics card is beating Intel’s in other games.

To put this into perspective: the Nvidia GeForce RTX 3060 graphics card is at the lower end of the RTX 30xx series. There is only the GeForce RTX 3050 below it in the series. The card is available for around $400 at the time of writing and while Intel has not revealed the price for its A750 video card yet, it may land in the same ballpark. Intel plans to release the graphics card in Summer 2022.

Intel’s top of the line desktop video card is the A770, and it will be interesting to see how it will hold up against AMD’s and Nvidia’s offerings. It seems unlikely that the video card will compete with top of the line cards at this point in time though.

Is Intel’s Arc graphic cards platform a viable alternative? It is too early to tell. There are not any independent benchmarks available, and Intel has not revealed pricing or availability at this stage. There is also the question whether Intel’s Arc drivers can hold up.