The first new ARM architecture in the last ten years, the ARMv9, was introduced in March this year. Today, the company has unveiled the first ARMv9-based CPU and GPU designs that will power the next wave of smartphones – especially flagships – that arrive in 2022. However, the company is targeting not just smartphones, but laptops as well with its new CPU and GPU designs based on the ARMv9 architecture. 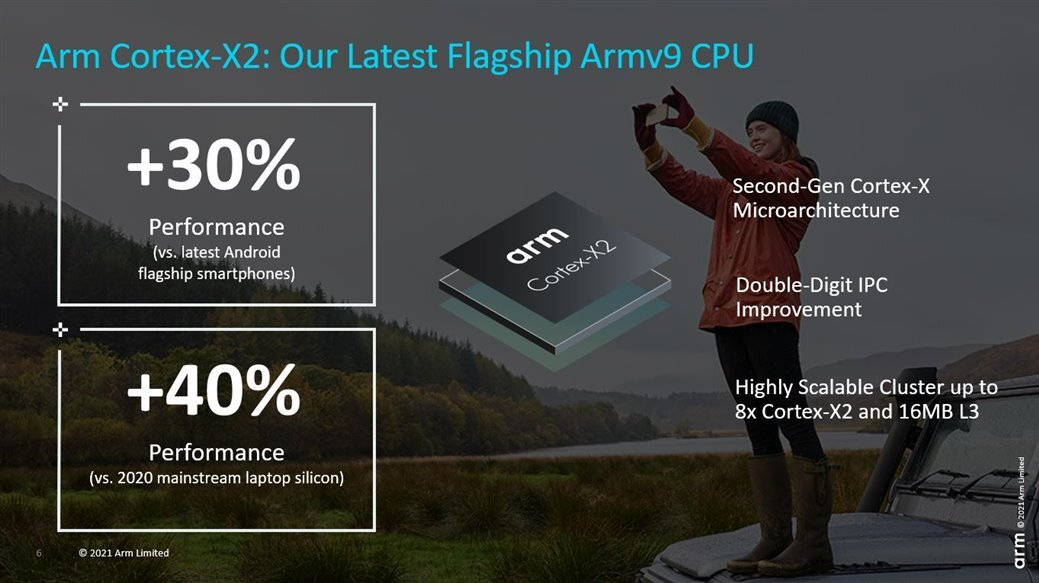 The most important product to come out of Arm’s kitty today is the Cortex-X2 ‘prime’ core, which succeeds the Cortex-X1 launched last year. A part of the CXC program that allows OEMs to work with Arm and develop a custom high-power ‘X’ core for their devices, the Cortex-X2 is aimed to deliver a 30% jump in single-thread performance vis-a-vis 2021 flagship Android phones with a Cortex-X1 chip inside. The company also touts a 40% performance gain when compared to ‘mainstream 2020 laptops’ while the L3 cache has gone up to 16MB. 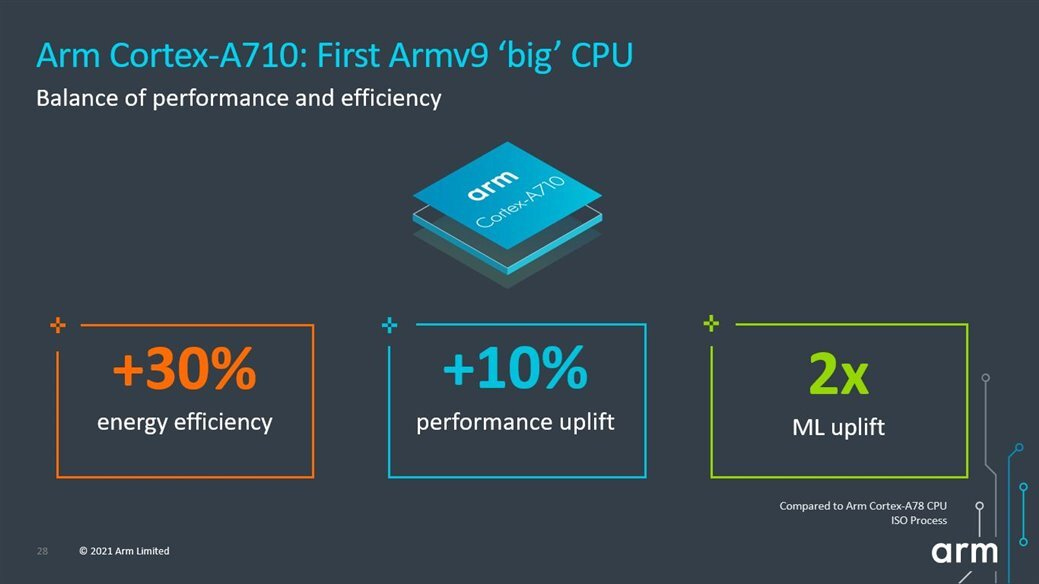 Arm’s big.LITTLE core design (performance cores + efficiency cores) has been in active duty for a while now. The next in line to bear the torch is the Cortex-A710 ‘big’ CPU core that succeeds last year’s Cortext-A78 design. The company touts a 30% higher energy efficiency and 10% performance gain with the Cortex-A710 core, alongside a 2x boost when it comes to ML-based tasks. The new ‘big’ core is said to appear in a wide class of devices ranging from smartphones and laptops to smart TVs and other smart home devices.

And lastly, we have the Cortex-A510 ‘LITTLE’ efficiency core that is claimed to be 20% faster, 35% more energy-efficient, and 3x better when it comes to machine learning and related tasks. It can be used in a variety of core cluster configurations for devices such as phones, XR wearables, and smart home gadgets to name a few. 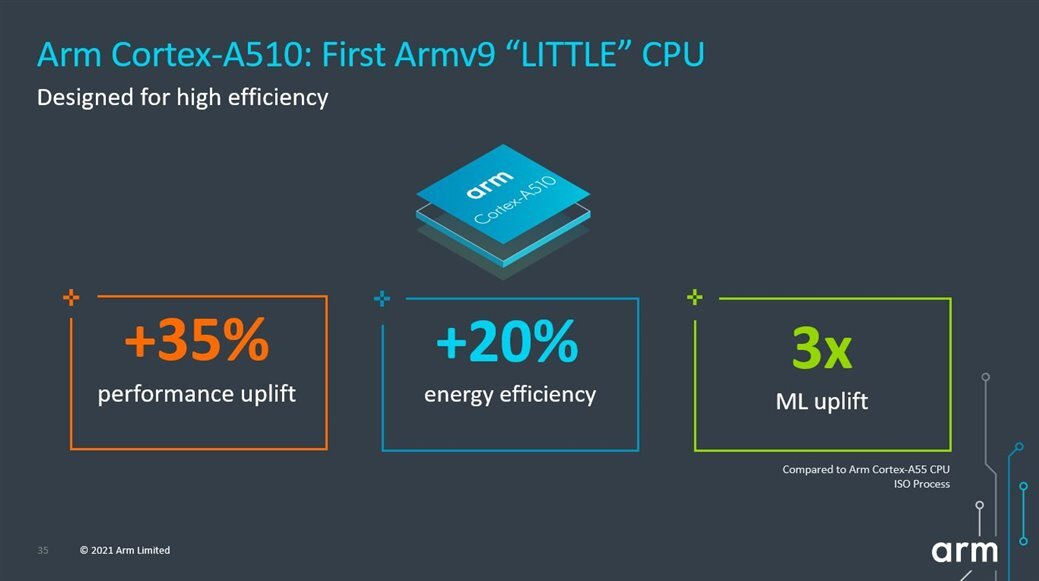 At the heart of it all is the new DynamIQ Shared Unit-110 that opens the doors for multiple core cluster configurations, allowing partners to design their own chips based on the exact performance profile they desire. 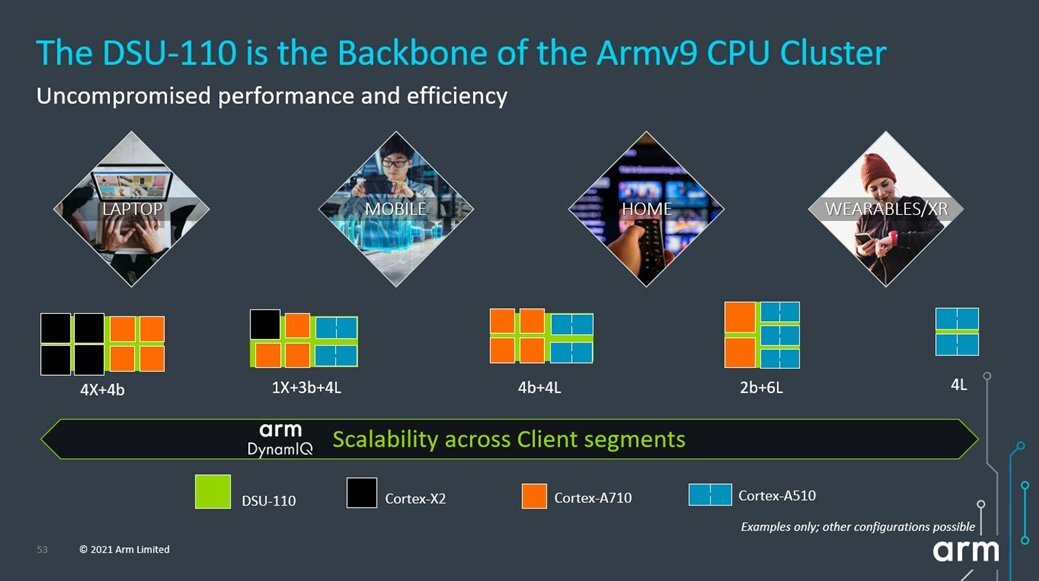 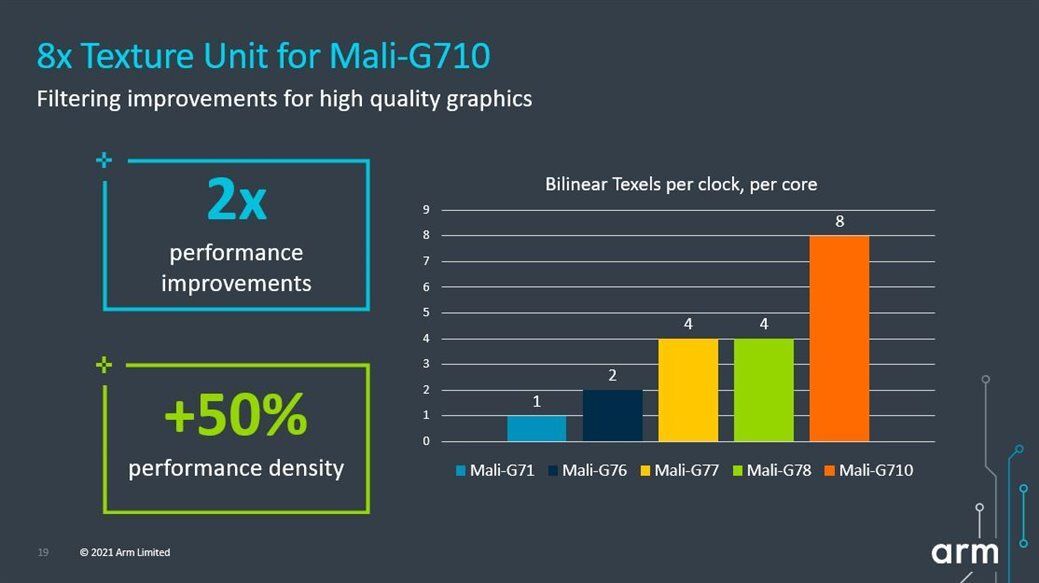 Additionally, Arm is also introducing new graphics solutions as well. At the top of the food chain is the new Mali-G710 flagship GPU that is claimed to offer a 20% performance uplift when it comes to demanding tasks like gaming, 20% higher energy efficiency, and 35% improvement at machine learning-based tasks. The company aims to fit its new flagship GPU inside Chromebooks and high-end smartphones. 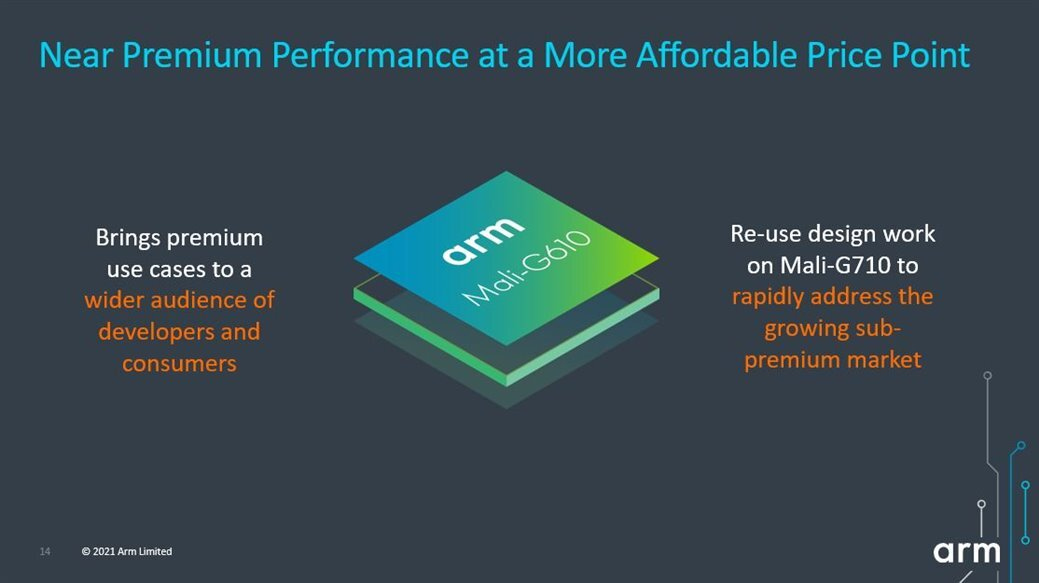 A slightly less powerful alternative to it would be the Mali-G610 GPU that succeeds the Mali-G68 graphics engine from last year. This ‘sub-premium’ solution borrows a lot of elements from its top-tier sibling, but aims to offer a smooth AAA-gaming experience on upper mid-range smartphones. 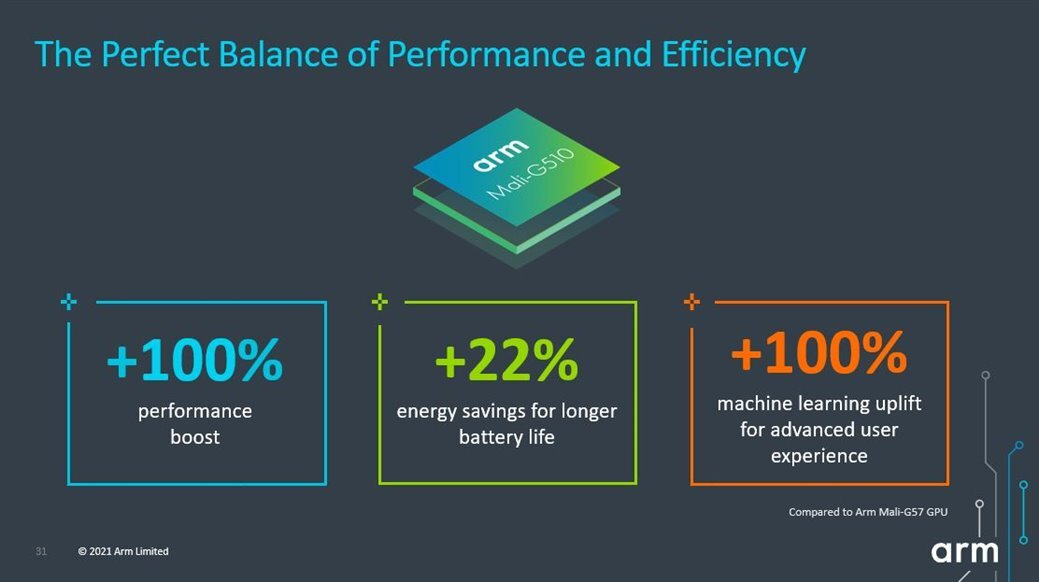 Furthermore, Arm is adding a couple of new mid-range and entry-level GPUs to portfolio in the form of Mali-G510 and Mali-G310. Aside from a performance boost, these new offerings are also said to be more energy-efficient and have been designed keeping in mind devices such as budget smartphones, AR & VR devices, and Chromebooks to name a few.