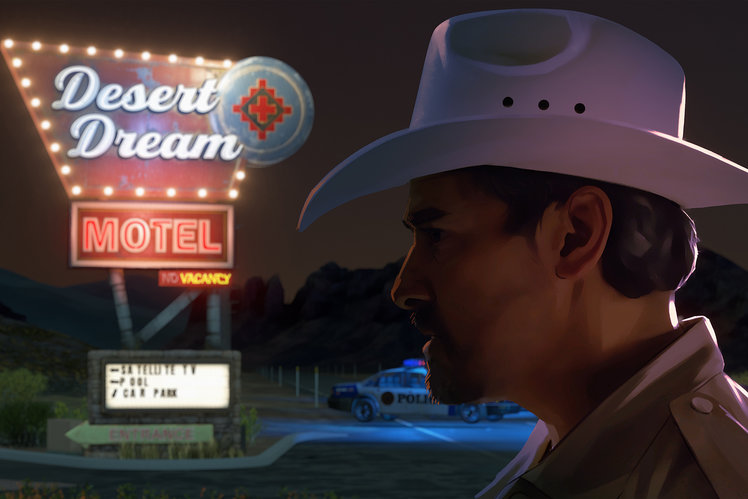 There have been some excellent interactive story games released in recent times, with The Quarry and Life is Strange: True Colors particularly standing out. As Dusk Falls is definitely of the same ilk, but the Xbox exclusive has enough about it to make it stand out a touch.

There’s perhaps less interactivity than many in the genre, with the game favouring decisions and branching consequences over any truly controllable sequences, but it has an art style of its own and is more a conventional thriller than many peers.

However, while this makes it an intriguing experience, there will be many who just don’t have the patience of sitting through a six-hour narrative without much to do bar choose the occasional dialogue and/or impactful choice. There are some quick time events that add swipes and taps to the mechanics, but that’s effectively it.

So, are you the sort of person who wants to be immersed in a well-told story that’s largely played out in front of you, or do you favour a game with more, well, gameplay? The choice is yours.

Like many interactive narrative games, As Dusk Falls tells a story while allowing you to choose what comes next many times throughout. That is often in the form of simple dialogue options for the multiple characters. At others, you are given more wide-reaching decisions to make, which will set the plot on one of several paths.

At the end of each chapter, you get to see how many story branches there are for each of your decisions and even a community percentage on how many other players chose the same path as you. There are often many alternatives on offer and even early choices you made can have a major impact much later down the line.

The game also occasionally features quick time events – action moments that require speedy actions, such as swiping up to leap over a log or mashing a button to escape the grip of a police officer. There’s not a lot that’s unusual or different to many other similar titles, but where this particular outing swerves from most peers is that it tells a normal, human story – a thriller, rather than a supernatural tale or horror.

There are plenty of characters and twists along the way in As Dusk Falls, with the game starting with one family suffering car failure and another performing a bungled burglary, but things soon spiral out of control and everybody’s story intertwines.

You end up taking control of different characters at different times, with the main cast being particularly believable and well-acted. The plot jumps forward and backwards in time, to add flesh to the bones of each of the protagonists and, by a certain point, you really do care what happens to the majority of them.

That’s where your choices come into play. Some, it’s sad to say, may die based on certain decisions, or live happily ever after. Where As Dusk Falls is clever is those moments are not always flagged. In fact, it’s the more minor choices you make that may have the biggest impact, and that makes for a more intriguing adventure.

What’s more, thanks to a dedicated application for iOS and Android, you can invite others to play along too, with a majority vote deciding on each outcome. This has been offered in games before, but we found this particular title provoking more discussion amongst family members than most.

That’s likely down to the cast being less 2D than we’ve found in other interactive games before. This is ironic, really, as that’s exactly how they are presented visually.

For everything we like about As Dusk Falls, we do have a couple of bugbears, too. The main one is the graphical presentation, which we found made it much harder to get into the game initially.

That’s because Inner Night has adopted an unusual graphical style. Each scene largely has a fully 3D rendered background, including many of the objects scattered around and placed on tables, etc. However, all characters are presented as 2D stills layered on top. These stills refresh every three seconds or so to give you an idea of movement, but it makes it hard to see nuances and emotion.

It’s a style we remember from some 1970s cartoons, and it seems at odds with modern gaming. Admittedly, you do get used to it, but we can’t help but feel that fully motion-captured animation would have suited the game and its subject matter more.

Our other gripe is that, despite the wealth of plot branches and alternative options you can go back and replay, we can’t see many wanting to. The story is roughly six hours long and, even with the multiple options, it still sticks to the same rough plot thread. Yes, some of the characters might experience different fates, but, once you’ve played it once, it’s more than likely you’ll be satisfied enough to just put it to one side again. At least for some while.

That being said, As Dusk Falls is available at no extra cost as part of Xbox Game Pass, and is not too pricey even on its own. So you are getting a decent slice of entertainment for your buck anyway, even if you never pick it up a second time.