In two days, AMD will release its entry-level Radeon RX 6400 graphics card for the DIY market & ASRock has already prepped an ITX variant, as reported by Videocardz.

AMD seems to be bringing ITX and low-profile graphics cards based on its modern architecture back to the DIY space, even though it’s going to be an entry-level design. The Radeon RX 6400 is supposed to be an entry-level solution that offers slightly better performance & capabilities over integrated graphics without requiring lots of power. The card will also come with compact designs, making them the perfect candidate for your HTPC or SFF PCs. 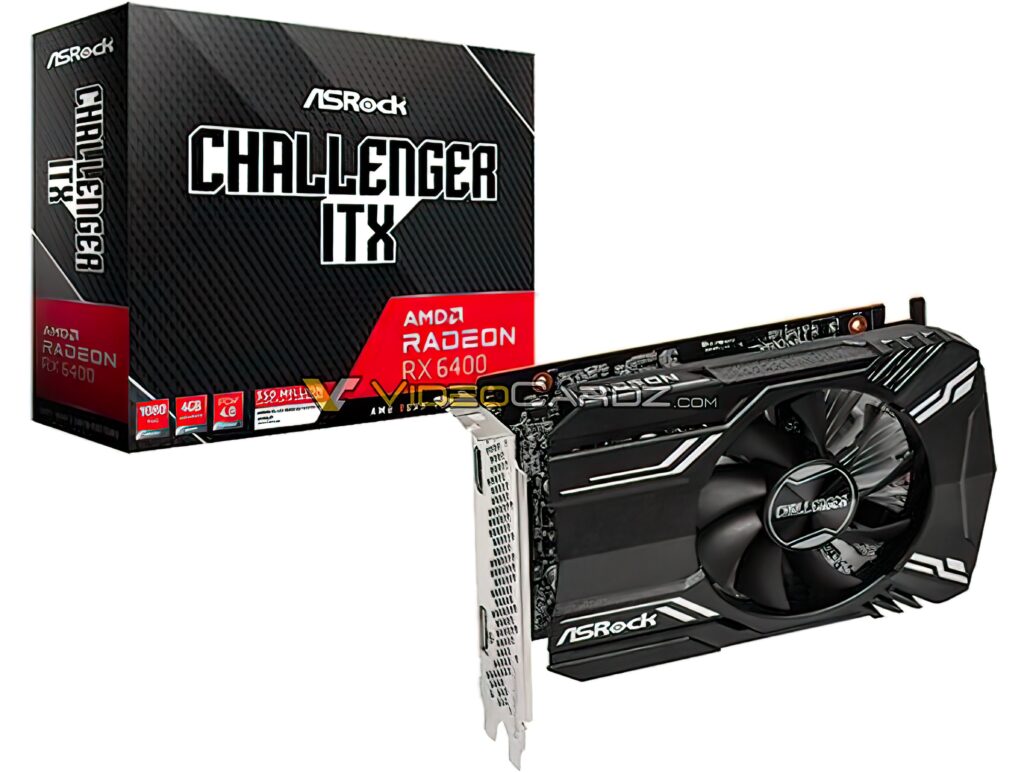 The ASRock Radeon RX 6400 Challenger ITX graphics card has been revealed ahead of its launch on Wednesday. (Image Credits: Videocardz)

As for its specs, the AMD Radeon RX 6400 from ASRock is going to be a custom model featuring the AMD Navi 24 GPU core. The graphics card is going to rock 768 stream processors with 12 RA units for Raytracing capabilities and 4 GB of GDDR6 memory running across a 64-bit bus interface at 16 Gbps speeds. There’s also 16 MB of Infinity Cache on board the GPU. Clocks would be towards the conservative side considering this is a 53W GPU in a small and compact form factor.

Now we have already seen a low-profile ITX form factor and it looks like while ASRock is aiming the ITX layout for its Radeon RX 6400 Challenger graphics card, it will come in a full-height design rather than half-height like Sapphire’s Pulse variant we got to see a few days ago. The Challenger ITX will come with a dual-slot cooler that features a single-fan and a full-cover shroud over an aluminum heatsink. The card features a standard PCB design and doesn’t require any power connectors to boot since it’s a 53W design (half that of the RX 6500 XT).

For those expecting to run games on this tiny thing, do be vary that the RX 6500 XT itself isn’t the fastest graphics card around and only delivers a good frame rate at 1080p in eSports titles. For the standard AAA titles, the card can be a bit lackluster unless you tone the quality down.

The display outputs on the ASRock Radeon RX 6400 Challenger ITX include a single HDMI 2.1 and a single DisplayPort 1.4 output. The card is expected to see a DIY launch on the 20th of April at pricing slightly below the $199 US MSRP of the RX 6500 XT.