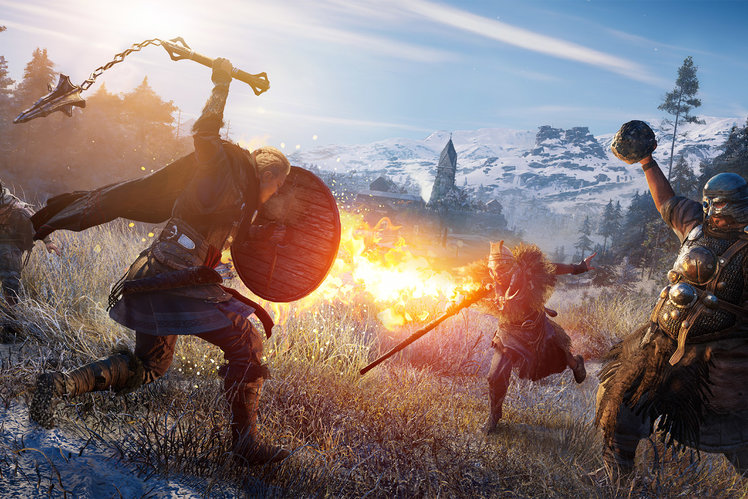 One of the joys of playing an Assassin’s Creed game lies in seeing how its gameplay is influenced by the particular historical period in which it is set. Valhalla is set in the late ninth century, and with its Viking protagonists, it feels more like a conventional mediaeval RPG – along the lines of, say, The Witcher 3 – than Assassin’s Creed games usually do.

Which is not to say that it lacks the franchise’s unique identity: it may have a Game of Thrones vibe, but it’s still packed with parkour, stealth and assassinations. So is it the perfect first game to grace the new PlayStation 5 and Xbox Series X launches?

Like many of its predecessors, Valhalla takes a while to build up a proper head of steam. You first meet your character Eivor as a young boy or girl: you can choose which gener to play as and, unusually, swap between your choice at any time in the game. We played Eivor as a woman, so will use the female pronoun henceforth.

A whirlwind back-story exposition shows Eivor’s initial hard life in Norway: with her parents butchered by a rival clan king, she is taken in by King Styrbjorn of the Raven Clan, with whom her father was allied, and brought up as a brother to his son and heir, Sigurd.

As Valhalla furiously tells the pair’s early story while teaching you various aspects of the gameplay – including Eivor’s recruitment as an Assassin to fight the Order of Ancients – it feels oddly, if understandably disjointed.

But that phase doesn’t last long: Eivor and Sigurd are soon exiled to England, where Assassin’s Creed Valhalla swiftly finds its groove. Eivor, Sigurd and their Raven Clan take over an abandoned village, and in order to build useful facilities in it, must ride up and down nearby rivers in their longship, raiding heavily guarded monasteries to obtain resources. 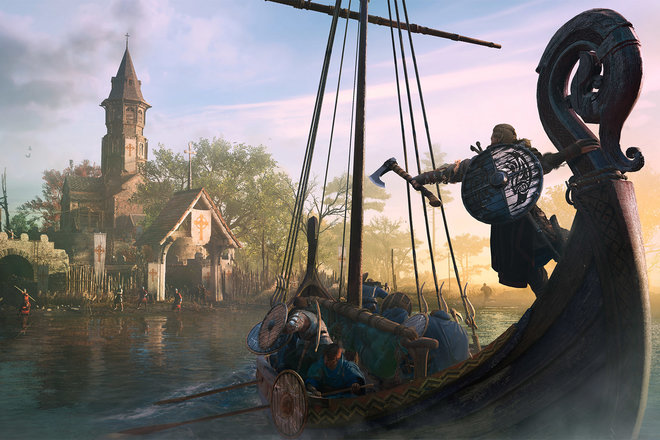 Soon, Sigurd rides off to the north to hook up with some established Viking raiders, while it’s left to Eivor to forge local alliances (and periodically catch up with Sigurd). As she strikes out into neighbouring counties, she discovers a self-contained main story arc in each one.

Narrative-wise, Assassin’s Creed Valhalla tries a new approach which its writers describe as “episodic” – each county’s storyline contains lashings of intrigue, interesting characters and soap opera-style elements, and generally ends in a siege and a boss-battle.

That innovative narrative structure works beautifully since, as you forge alliances in a growing number of counties, it builds a feeling of an overarching thread, without giving the impression that anything has been shoehorned in simply to advance the story.

With Valhalla being an Assassin’s Creed game, mind, there are a vast number of deviations you can take from the main story, including fantasy-style visits to Asgard.

Eivor has mystical visions, given further substance by the clan’s seer Valka and her mind-altering elixirs, in which she takes on the persona of Norse god Havi, bringing a thread of fighting and puzzling missions, and covering a chunk of Norse mythology in the process. 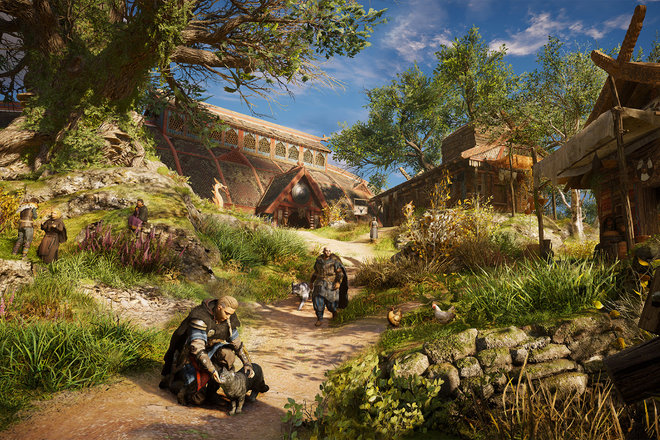 The Order of Ancients has a strong foothold in England (and especially Lunden: Valhalla’s mediaeval place-names are a delight). Once Eivor puts in some detective-style groundwork, she uncovers a web of assassination targets. She can run errands for a trader called Reda, and the map is studded with events: short local side-missions that are satisfyingly quirky and diverse.

The game’s depiction of pre-Norman England is hugely seductive. It’s a lush, green land, but not necessarily that pleasant, given the inevitable tensions between the indigenous Saxons and the Viking invaders. But it’s also studded with Roman ruins that reward exploration with loot and artifacts, which can be exchanged for useful items and buffs if you build a museum in your settlement.

Gameplay-wise, Assassin’s Creed Valhalla is immaculate. Its fighting system builds on those of previous Assassin’s Creed games, and feels finely honed and responsive. Especially so when you level-up, which is a process that sidesteps RPG conventions and nods to Destiny’s system instead. 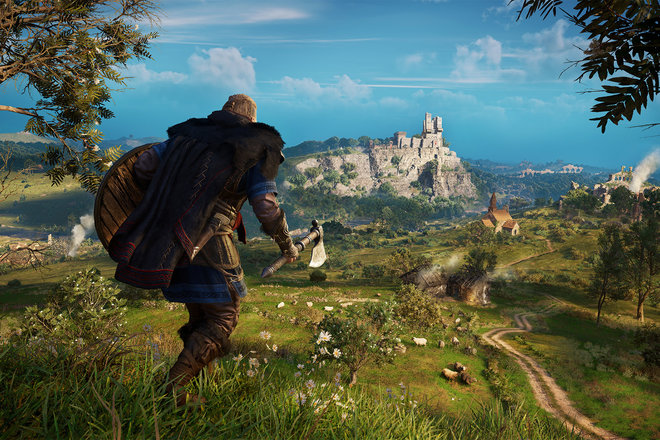 Collecting experience points earns you Skill points, which you spend in a giant skill tree, on improvements to your base stats, as well as new skills which prove very handy. As you flesh out that skill tree, your overall power rating increases, giving you an idea of which missions you can successfully take on.

On top of that, you can earn Abilities – special melee and ranged attacks powered by adrenaline that can be triggered in combat – by finding Books of Knowledge, a process that generally involves a certain amount of puzzle-solving. Your strength in battle grows satisfyingly as the game progresses, and taking on enemies becomes ever more enjoyable.

Valhalla isn’t perfect, however. In some respects, it isn’t quite as polished as you might expect an Assassin’s Creed game to be, partly as a result of its lofty ambitions.

One noticeable problem is occasional dodgy path-finding for non-player characters, especially when you’re in a battle scenario. Enemies – and, more frustratingly, allies sometimes – will run into walls and get stuck. 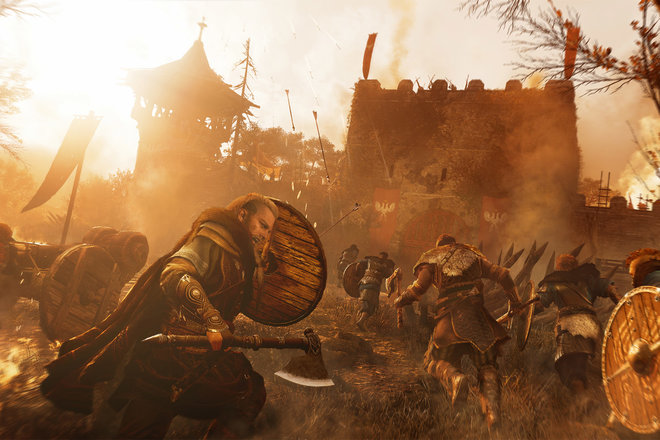 On one monastery raid, our raiding party refused to offer the required assistance to open a heavy-lidded chest containing vital base-building resources. We were able to return later, and the problem will no doubt be patched, but it felt uncharacteristically sloppy for an Assassin’s Creed game.

Ultimately, though, such glitches can be forgiven due to the vast scope of the game. It’s simply huge, containing in the region of 80 hours’ gameplay, with loads of potential for post-launch expansion (into places like Scotland and France).

And pretty much all of that time spent is delightfully escapist and great fun – the writing sets a high standard, and you meet a welter of interesting characters throughout, as well as having plenty of Witcher 3-style opportunities for virtual love affairs.