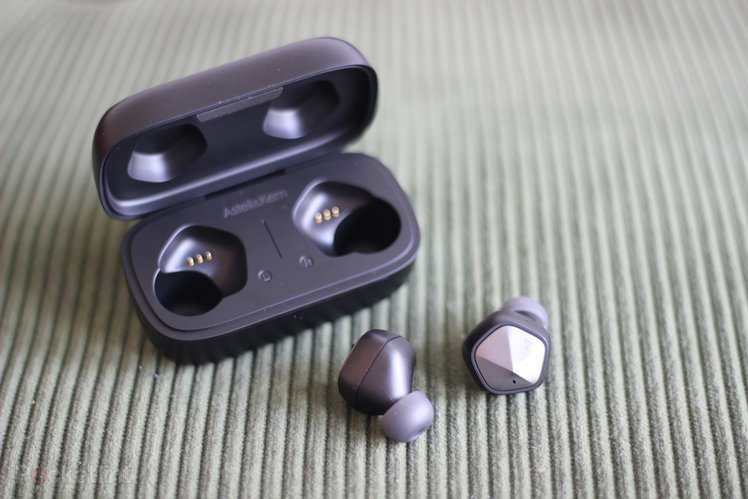 Astell & Kern has magicked up a pretty rare set of wireless earbuds in the form of the UW100.

The South Korean company has consciously chosen to not include active noise cancelling (ANC) in these buds, which, considering the price, is a bit of a bold move.

On paper, then, the focus is on providing sound quality that isn’t compromised to include noise cancellation.

Is it a formula that holds up, or is this a pair of premium earbuds that can’t quite compete with the category’s heavyweights?

We’ve been testing them to find out.

Astell & Kern are more known for their high-fidelity audio players and speakers than for earbuds, with this being the very first pair that the company has ever produced.

Despite this, it’s done a solid job of giving them a look of their own. 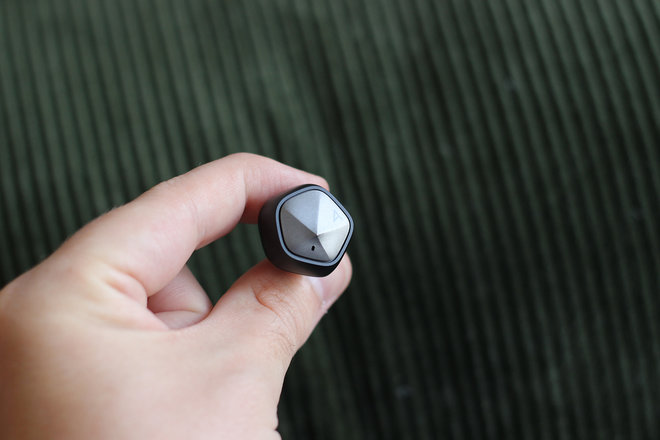 The earbuds are only available in one colour, which is black and grey, and each earbud has a fun ridged pattern on the outside face, with a five-sided pentagram outline that fits in your outer ear.

As normal, there are multiple ear-tips to choose from in the box, and the earbuds are pretty easy to get sized correctly. They’re comfortable for short listening sessions, although being slightly chunkier does mean that after a few hours we noticed them pressing on our ears slightly.

That’s not uncommon with earbuds, but it’s worth bearing in mind if you have smaller outer ears, since trying earbuds before you buy them isn’t the easiest thing to do. 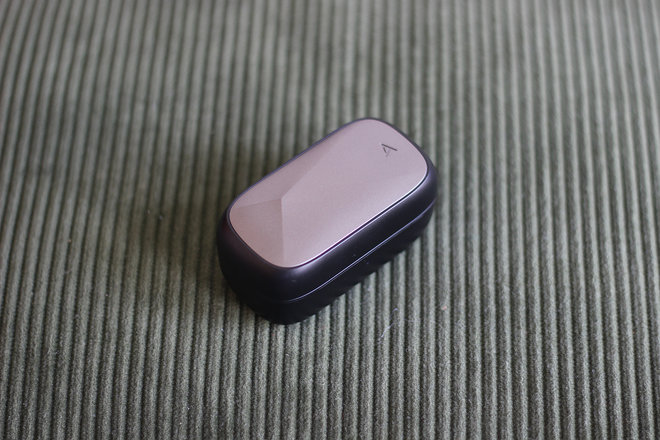 Still, each earbud is nice and lightweight, which does make them easy to wear – and we do think they look nice. The case has a very similar aesthetic, although it is also one of the chunkier cases we’ve tested.

Again, this might not matter too much, but it’s right on the edge of being too big to easily pocket. It’s much larger when compared to the sleek Apple AirPods Pro case, for example.

It’s when you have the UW100s in your ears that you see where the real work has been put in. Astell & Kern has managed something extremely impressive here, and that’s even compounded by the fact this is the brand’s very first pair.

The UW100 sound simply great, with a clarity and accuracy of sound that belies their small size. They kid you into thinking you’re wearing far more substantial audio apparatus. Several factors play into this, of course, but the most unique is likely to be the built-in DAC. 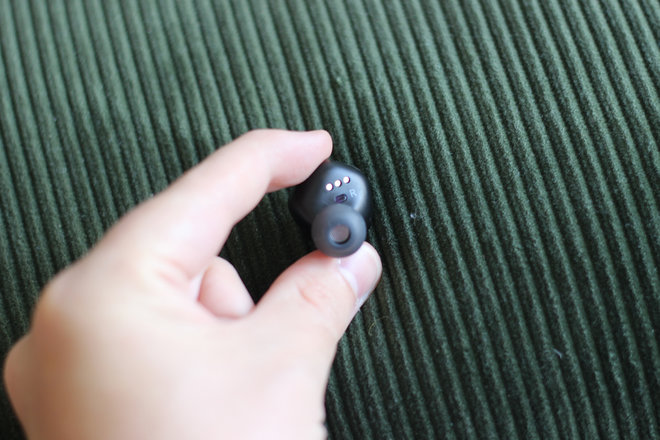 This built-in converter means that the earbuds can use A&K’s own tech, instead of hopping aboard the default Bluetooth, and it makes for a superb return. These are not cheap buds, but you’re getting sound that rivals earbuds available at substantially higher prices.

Another mark in the UW100’s favour is the fact they’ve got Knowles Balanced Armature drivers, typically found in in-ear monitors. Again, these bring a delicacy that’s pretty hard to come by in the earbud market.

Sticking on some Air, you can hear every tinkle and twinkle in the light mix, but moving to something heavier like the debut album from Justice reveals that the UW100 can deliver plenty of bass if you stretch them, too. 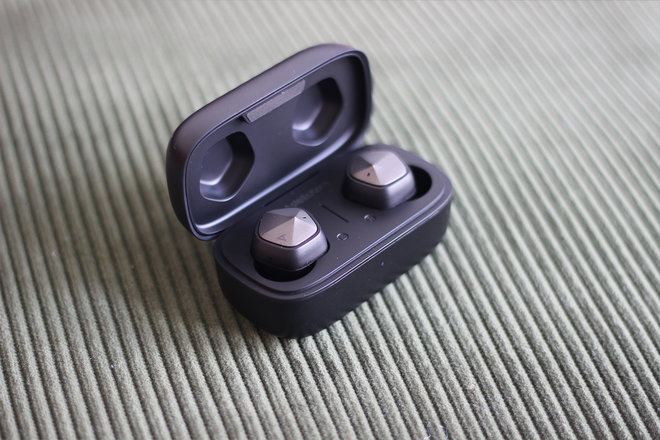 Highly produced modern sounds from Kanye West are perfect for them, with layering that you don’t lose track of and a range of frequencies, none drowning out the other. It’s a tour de force, in short, and the lack of corner-cutting is impressive.

The one area where you might feel the UW100 doesn’t match up to some of the competition, though, is when you tally up its features. The biggest single missing link, at least on paper, is ANC, as we covered up top. 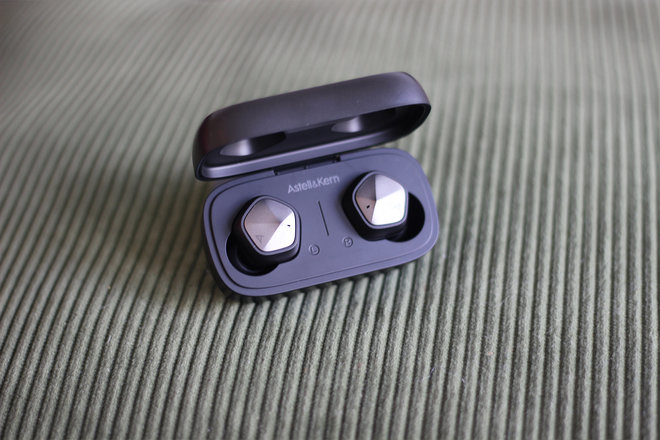 Rarely have we been so convinced of a manufacturer’s own justification, though. Astell & Kern says it didn’t include ANC because it wasn’t satisfied that it could do so to a high enough quality to leave its music performance untouched.

That’s fair enough in our view – if you can’t do it excellently, then don’t muddy the water. Instead, you get an earbud with a clarity of purpose that doesn’t mix in a mediocre feature for no reason.

The obvious downside comes on a train or plane, where background noise will hit you despite very impressive passive isolation. However, in the right conditions, it feels like a sacrifice that’s easy to make once you experience the sonic upsides of this pair. 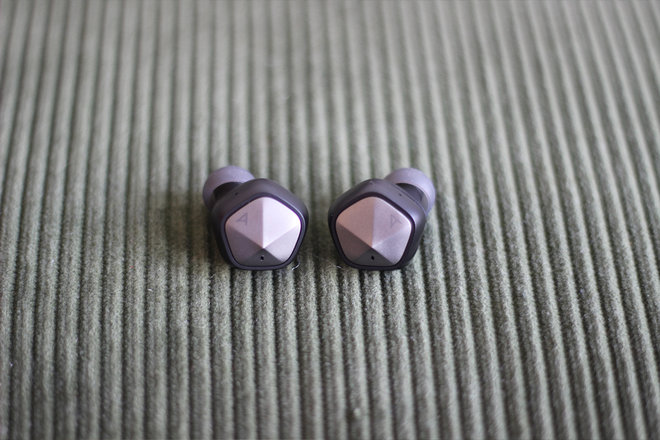 Elsewhere, there’s wireless charging on the case, alongside a USB-C port and an indicator light to let you know what’s up, and the earbuds also boast aptX support for low-latency sound, which is great for those who game on their mobile a lot.

Battery life stands at six hours on a charge, with no caveats for extra modes, and you get another 18 hours in the case. In total, that makes for 24 hours of listening before you have to top up again, which is around what we would expect from a pair of earbuds in 2022.

One other small drawback of the buds’ design is that call quality isn’t amazing. Onboard microphones are serviceable at picking up your voice, but they’re not close to being the best in this class.

Again, it’s something we would like to see improved upon in a second-gen model, but it’s not really a dealbreaker.