There are so many great games on Android, and with our smartphones nowadays being computing powerhouses, you’ll never be stuck on the choice of what to play. From games on the Play Store to emulators such as AetherSX2, you can play both new games and the classics. However, finicky touch controls make it so that your phone may not necessarily be the most comfortable to play games on. There are controllers you can get for phones though that makes it a bit easier, and the Asus Kunai 3 Gamepad is one such controller.

The Asus Kunai 3 Gamepad launched in white alongside the Asus ROG Phone 6 Pro, though the controller itself has been out for quite a while now. If you have an ROG phone, you can buy it with a shell that will let you slot your phone in between both ends of the controller, a bit like a Nintendo Switch. If you don’t, though, the controller can still be used entirely detached from the phone and works over Bluetooth. While I’ve seen some say that it works with PC, I wasn’t able to get it working.

To put a long story short, the Asus Kunai 3 Gamepad works great when you have an Asus ROG Phone to use it with. When you can use the controller wired by connecting it to the shell for the phone, that’s when it’s at its best. Otherwise, there are other controllers you can get that might be better if you have another phone, even though the Kunai 3 is so good. Using it wirelessly just isn’t the same, and you’ll need to prop your phone up against something then, too. 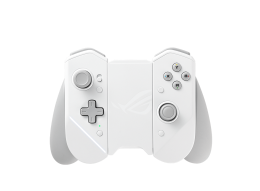 The Asus Kunai 3 Gamepad is a great controller if you have an ROG phone, though make sure you get it for the right model. 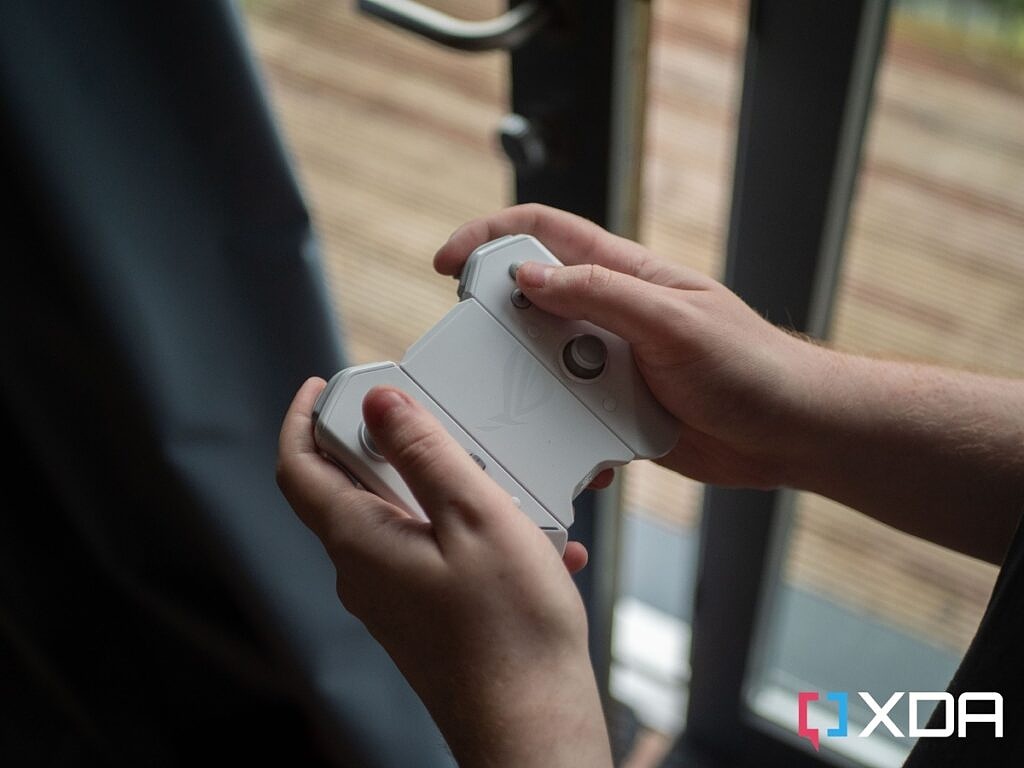 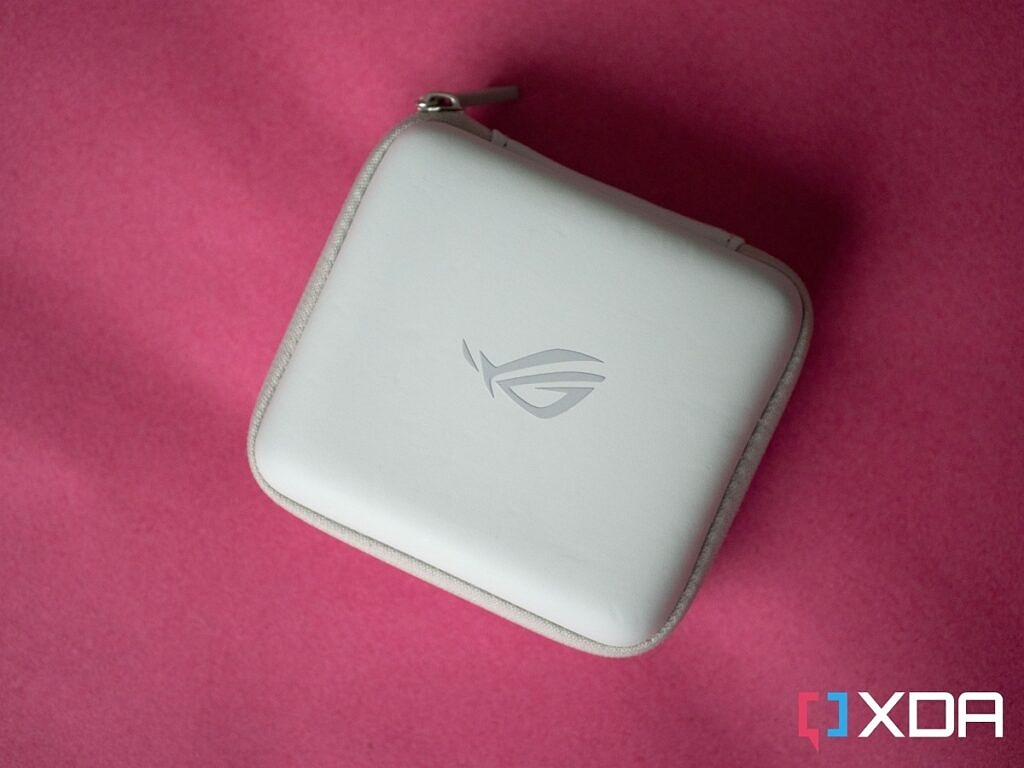 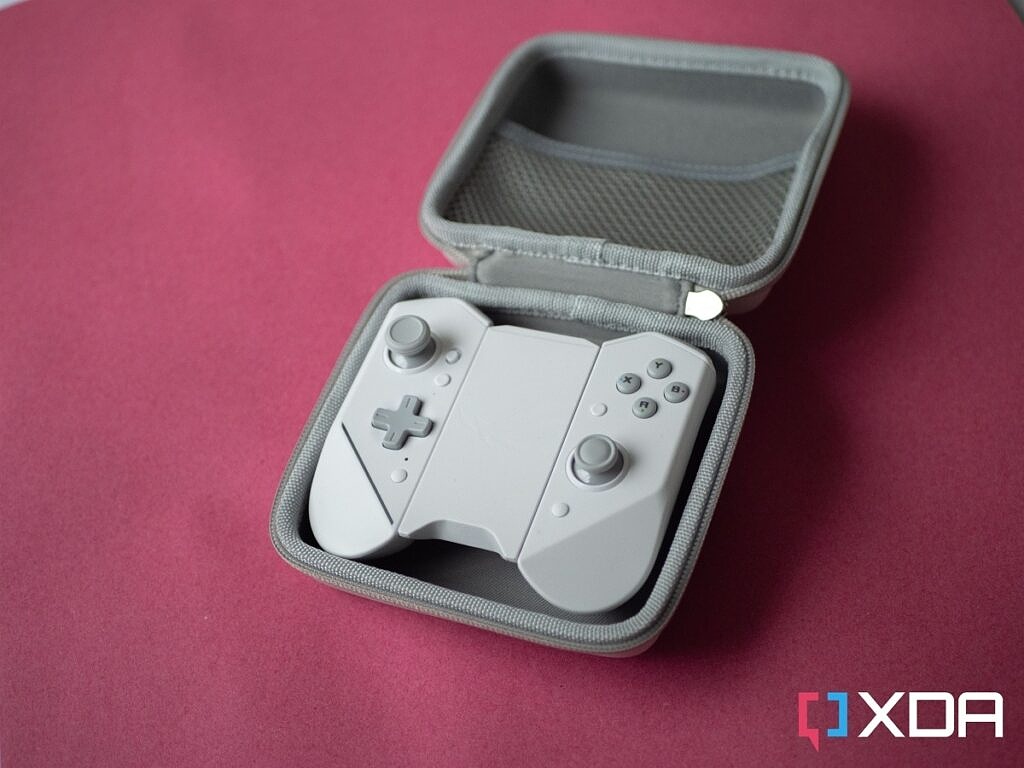 The Asus Kunai 3 Gamepad is really lightweight, and it’s made of plastic. It feels a little bit cheap (especially when in “mobility mode” — that is, the way you see it above), but that’s not always a bad thing. It doesn’t add much weight to your phone (and the Asus ROG Phone 6 Pro is a bit of a hefty beast anyway), and if you’re worried, it comes with a carry case that you can bring it around in.

The controller itself will be familiar to anyone who has used a Nintendo Switch, and the buttons are clicky and tactile. They’re comfortable to use for long stretches of time, and the Asus Kunai 3 Gamepad has accompanied me on a few flights at this stage for a few hours at a time. It works in the likes of AetherSX2, so I’ve been playing games like The Simpsons: Hit & Run while on the go, thanks to this controller. My unit doesn’t have any dead zones or drifting, either.

I tested the sensitivity of the joystick using the Gamepad Tester app. (Note: I didn’t draw in the full circles of the X and Y axes). 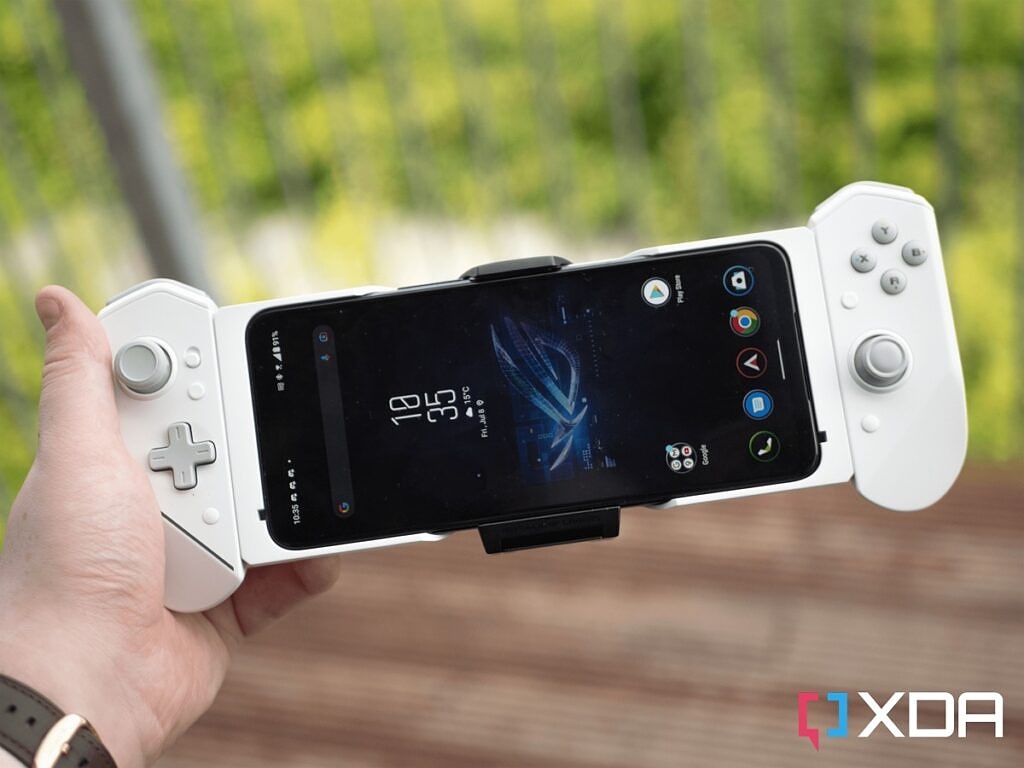 There’s not a whole lot else to the controller, really. If you’re using it docked on an Asus ROG phone, then keep in mind it will cover the headphone jack so you won’t be able to use wired audio when playing. You can charge when playing thanks to the side USB-C port, and it’s also possible to plug in the Asus AeroActive Cooler 6 at the same time, too.

Basically, the best experience I’ve had with this controller is using the speakers over my phone, as it’s the only way I can play without frustration from audio latency. The Asus ROG Phone 6 Pro has front-facing speakers so it’s not a problem in that regard. As well, it’s not usually an issue for me to be able to play out loud in my apartment, but if it would be for you, then it may not be worth it.

The gaming experience on the Asus Kunai 3 Gamepad will wildly differ depending on the device you’re using it with. If using it with an Asus ROG phone, it’ll be up there as one of the best mobile gaming experiences that you’ve ever had. If you’re not, though, then it will probably be fairly subpar. Its integration with Asus phones is incredible, and the ability to turn your phone into a Nintendo Switch and how cool that is can’t be understated. If you have to use the controller in its mobility mode, though, then it’s probably not worth it.

Here’s the thing, controllers that are full controllers and are used externally to a device (i.e. controllers that don’t attach to the phone) often have some kind of attachment that will at least hold your phone up. Given that this is clearly a product designed for the company’s own phones first, and other devices are an afterthought, that’s not the case here. You’ll need to prop your phone up against something to look at it while playing, which means that it’s not particularly portable for most people.

As well, keep in mind that in the most popular Android titles like Call of Duty: Mobile and PUBG Mobile, you won’t be able to use this controller. That’s because both of those games have disabled controller inputs as the developers feel they make the game unfair for users who don’t have additional peripherals. Your best bet is to map the controller inputs to touches on the display, but that’s a lot more trouble than it’s worth and nigh-on impossible unless you’re using an Asus phone with this controller.

That’s another thing, too. There is no dedicated app for this controller on other phones, and even the pairing process over Bluetooth is a bit of a nuisance. You’ll need to slide the slider to Bluetooth mode (which, by the way, is really difficult to tell if it’s in it or not), tap the home button once, then hold it for 3-5 seconds and let go. Then it will enter pairing mode. Pairing it to my phone this way took multiple tries but it eventually worked, though there’s no way to set up any custom binds or inputs. Even using the Armoury Crate app on the Play Store didn’t do anything.

On the bright side, anything that supports standard controller inputs will support the Kunai 3’s buttons, as it just sends standard key events that can be read by any app. You’ll have a great time with emulators, and AetherSX2 works too, though you need to go to controller settings, “port 1”, and select “automatic mapping”. If you have an ROG phone, then all of this is moot, as you can modify all applicable settings right from your phone.

All of this is to say that if you have a phone that isn’t an Asus ROG phone, you should look at alternatives, like the Razer Kishi v2 instead. Not only will that work with an app on any of your Android devices, but it can also attach to practically any Android phone and wrap it in a way similar to what Asus does here.

Should you buy the Asus Kunai 3 Gamepad? 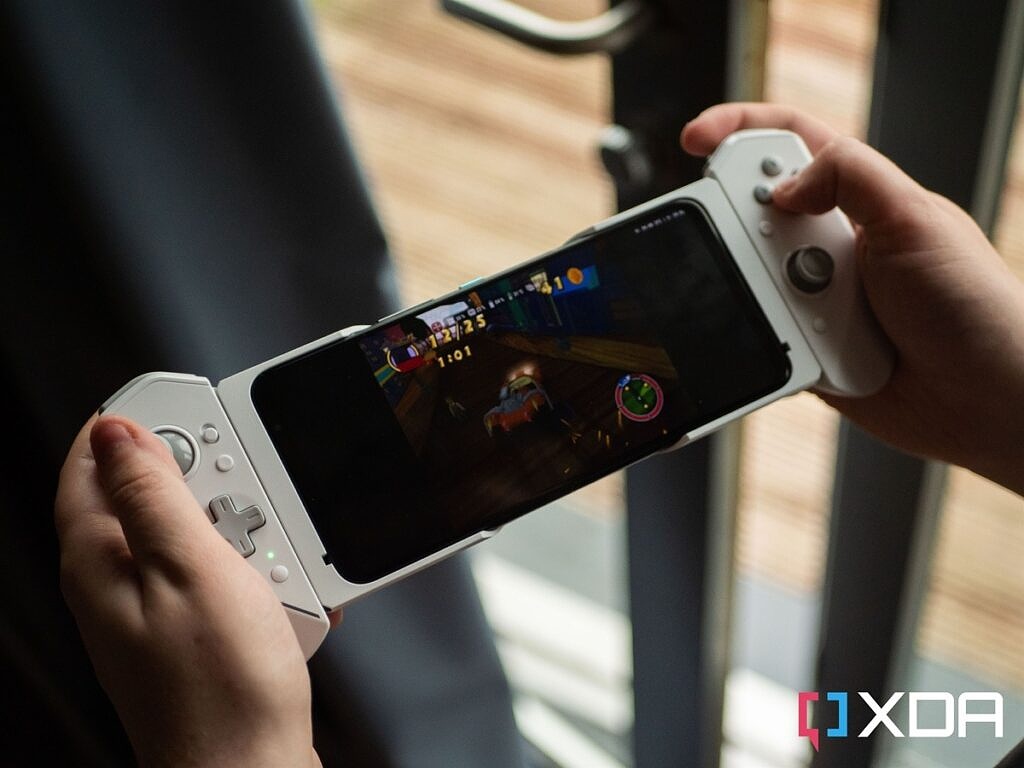 The problem with the Asus Kunai 3 Gamepad is that it’s a super good controller, but it’s only that good when used with one specific phone. If you’re using it with other devices, it instantly loses a lot of its appeal, and I don’t really think there’s any reason to get it over something like the Razer Kishi v2. However, if you have an Asus ROG phone, then I think this is probably the best controller available to you on the market. It integrates seamlessly with Asus’ software, and not only that, it’s built for ROG phones. I’d love to see it even be used with a PC, but from what I can see, that just isn’t happening. I plug it in, my PC identifies it as a Kunai 2 (for some reason?), and then it doesn’t work.

In short, if you have an Asus ROG phone of some kind, then this controller is a must-have if you’re gaming. I’d still pick up the active cooler first (just because that also has control buttons on it), but this is a close second. When emulating games and playing other titles, it’s a fantastic addition to my gaming setup, and it’s been serving me well on my travels when I just want to kick back and relax a bit. Not having wired audio sucks, but that’s the biggest criticism I can make of it when using it with an ROG phone. Everything else is pretty much perfect.

Buying this peripheral will set you back a fair bit, as it will cost around $200. It’s a steep price to pay, but it’s also a stellar product for ROG phones. If you have another device from another manufacturer, I’d think long and hard about why you want this exact controller, rather than picking up any of the others on the market that do the same for less — a lot less.

The Asus Kunai 3 Gamepad is a great controller if you have an ROG phone, though make sure you get it for the right model.