Pandemic had a severe impact in the content industry and many faced difficulty engaging with the audience. The global lockdown forced creators to rethink, adjust with portable workstations and bring content and promote it virtually. To make the lives of these creators easy and tap on the potential, Asus has brought a premium laptop ProArt StudioBook 16 OLED that is robust with some unique elements that look appealing.

There is no denying that Asus pushes the boundaries of experimenting with their machines and tailor it to the demands of its user base, be it the ROG lineup for gamers, StudioBook series which is purely crafted for creators. From the ambit, we got this creator-oriented machine- the StudioBook 16 OLED that flaunts a vivid display, and the celebrated aspect, the Asus Dial that we have been hearing since its formal debut in September. The laptop has hit Indian shores with a price tag of Rs 1,69,990. But can it beat its rival Apple’s unequalled MacBook series? We shall find out in our review. 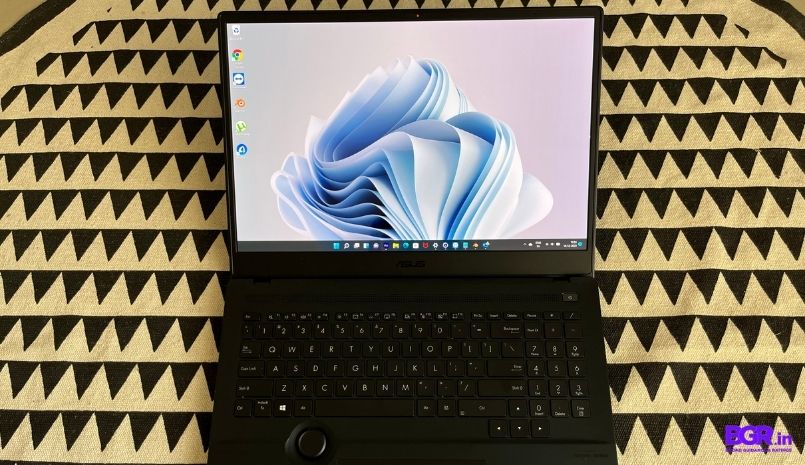 As I mentioned earlier, the new Asus ProArt StudioBook 16 is a robust machine that beetles out with its bold design and premium feel. The finesse in the craftmanship could be seen right from the lid to the bottom of the system. The minimalistic lid with a subtle ProArt logo on top, the square-edged body makes it an ideal portable workstation, although it bends a bit towards the heavier side in terms of weight. The company claims the laptop to have MIL-STD 810H military-grade durability. There is a dual-fan cooling system with ‘IceCool Pro’ thermal solution that tries to keep the noise at decent low decibels in standard cooling mode. Much like Asus gaming machines, you will hear the fans swing at full speed with a loud noise if you throw heavy CPU/GPU renders.

Let’s talk about the typing affair, if you are into using those compact laptops like me, it may take more than a day to adjust to the StudioBook’s wide QWERTY keyboard. Asus hasn’t compromised on this segment either, as you get a separate Numpad, and a large enough touchpad to get the most of creativity suite, although there’s an uncustomed dial which we will talk about in a bit.

The company has punched in all the necessary ports including an HDMI 2.1 port, two USB 3.2 Gen 2 type C and type A-ports, a Display port, a Gigabit RJ45 LAN port, a 3.5mm audio jack, and an SD Express 7.0 card reader. While there’s nothing to bicker about the design, the only backdrop of this laptop I believe is the DC power jack placement which somehow oddly sits in between on the left side. During my initial setup, it took my muscle memory for a couple of hours to get accustomed to the placement. 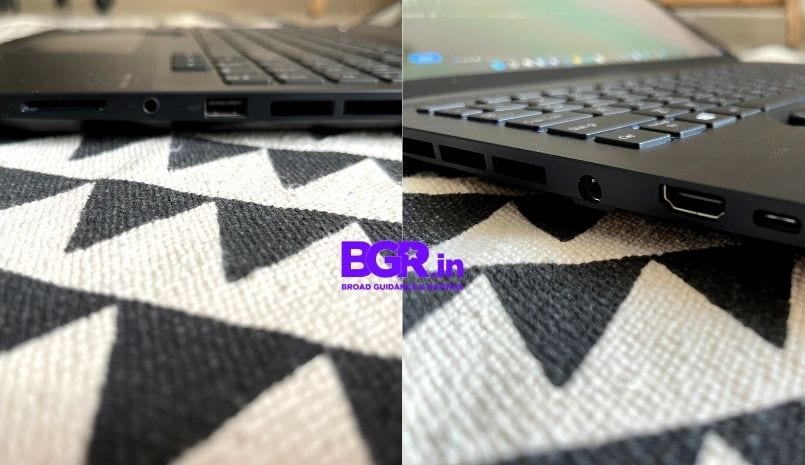 One of the highlights of this flagship laptop is its gorgeous display which at first tricked me with vibrant colours when I streamed content on OTT platforms. It made me wonder if the boost in colours would rather hamper while editing and rendering photos or videos. But the panel is well-calibrated, and Calman, Pantone validated with a deltaE of less than 2 just speaks for colour accuracy. Simply to say, the display is factory-calibrated in a way that any difference would barely get noticed with the naked eye. 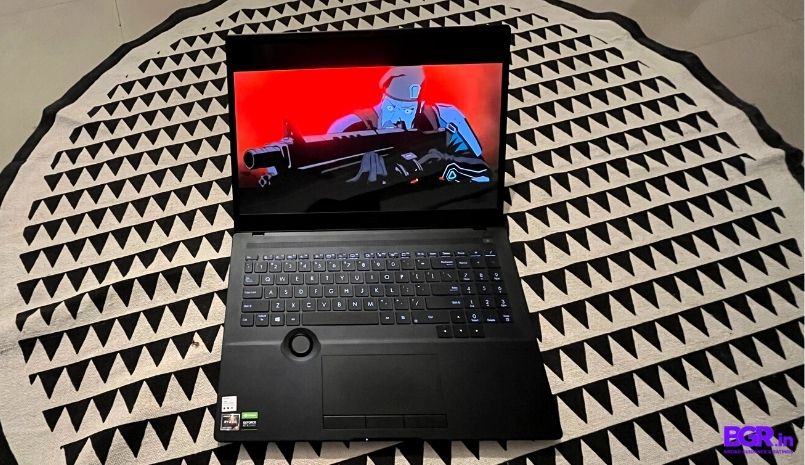 The high contrast is pleasing to stare across activities, be it while editing high-res images in Photoshop, playing videos on YouTube or while gaming. The brightness level peaks at up to 550 nits which is impressive although it falls short when compared to MacBook Pros LED displays. While it may differ from user to user, a splendid OLED display with deep blacks won’t gouge your eye.

Asus StudioBook 16 OLED: What’s in it for creators?

Speaking of the kenspeckle aspect, the physical dial is embedded into the chassis and nestled with the keyboard deck. The Asus dial has texture on the outer edge for better grip and it offers smooth rotation. The dial has good tactile feedback and while using the Windows desktop, you can press the centre to adjust the volume, and brightness just by rotating the dial. 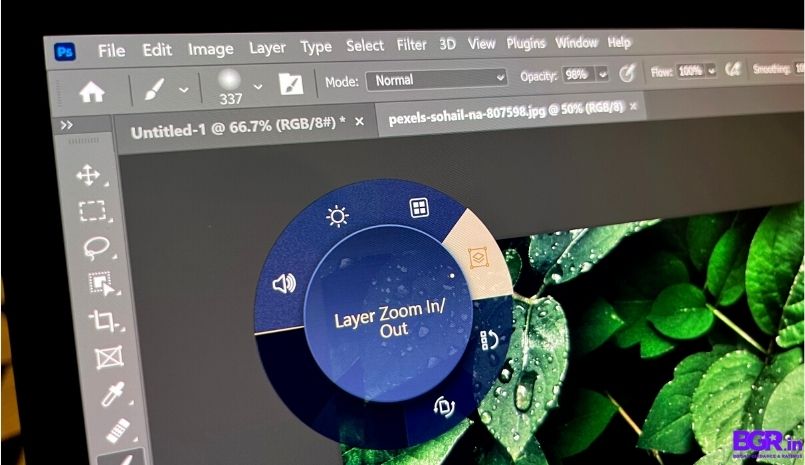 To get the best of this Microsoft Surface dial-like (although its intact) button, you need to have Adobe’s Creative Cloud Suite. I tried playing around with the dial while using Photoshop (where I could apply my noob skills), and it popped up brushed options, Undo history, layer zoom, and a few options. Selecting an option and pressing the dial opens a broader category that you can experiment with. A similar custom menu showed up while using Premiere Pro. Asus ProArt Creator Hub software further allows customising the functions. While it all seems fascinating, one can take advantage of this ProArt dial only if they are using After Effects, Photoshop, Premiere Pro or Lightroom Classic. 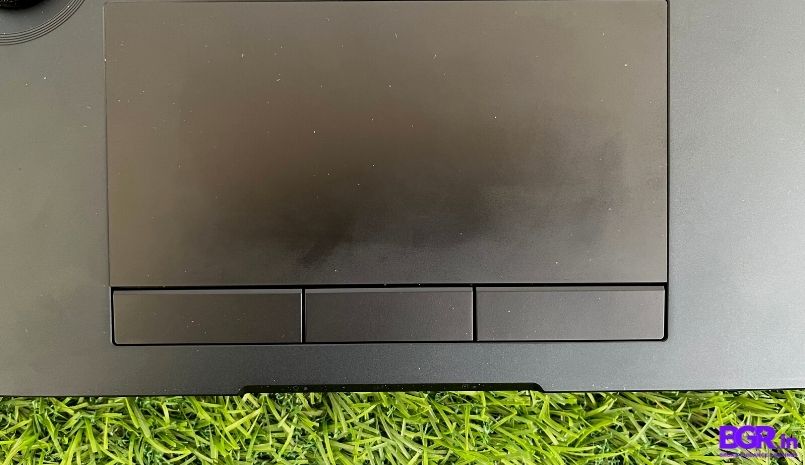 That’s not all, Asus has implemented three buttons to the trackpad which seem outdated at first, but it is a hidden gem that most creators (especially those using Blender or Cinema 4D) would like it. The third wheelie (pun intended) is designed to be a helping hand for CAD work. I did try to use it while creating a basic design on Blender and the response was buttery smooth. 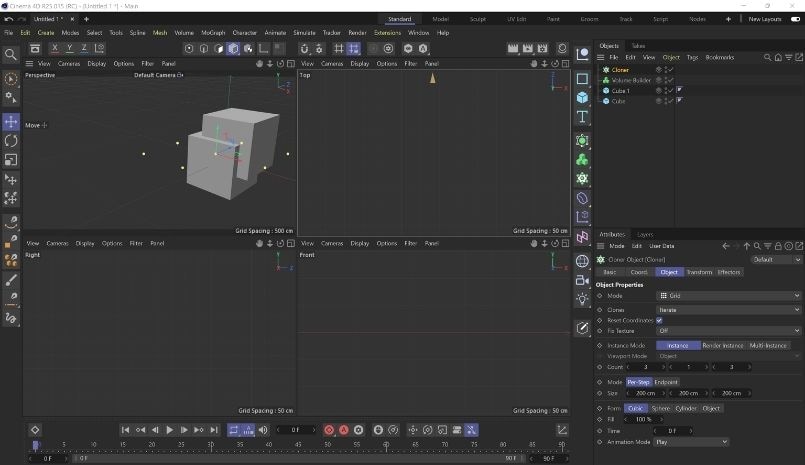 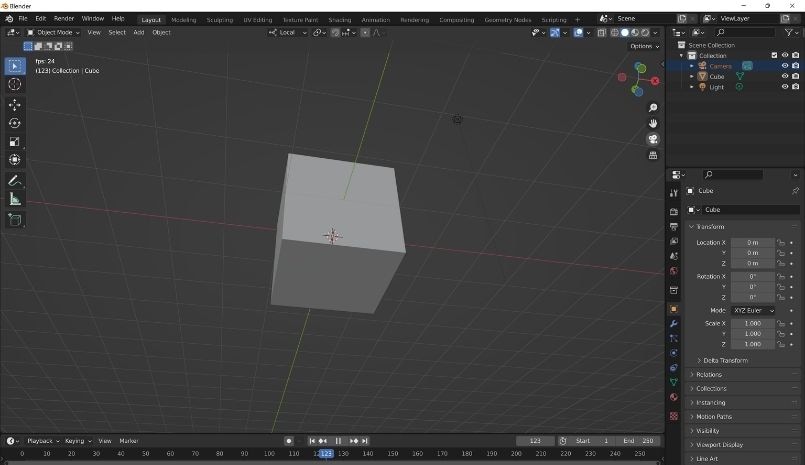 But if half your day goes on spending typing on the machine, the StudioBook 16 won’t disappoint you. The keyboard is slightly shifted upwards to give space to the crown of the machine- THE DIAL, which result in shrinking the size of the keys to an extent though it didn’t affect my productivity in any way. In addition, the touchpad has stylus support which means artists have precise strokes on the digital canvas.

Is it up for gaming?

As we said, this is a pure breed for creative professionals, but it is a fair player when it comes to handling gaming. Above the metal chassis sits AMD’s efficient Ryzen 9 chip. Our unit had RTX 3070 GPU, 32GB of DDR4 RAM, and 8GB VRAM. The laptop packs beefy specs, however, it is not an ideal machine to throttle games for long hours. I tried Valorant and Halo Infinite, the StudioBook could manage to handle it at a reasonable frame rate. The visuals looked as pleasing as one would really want in an OLED display, however, minor hiccups in between made me feel like riding a Chevrolet C10 Stepside in NFS Heat. 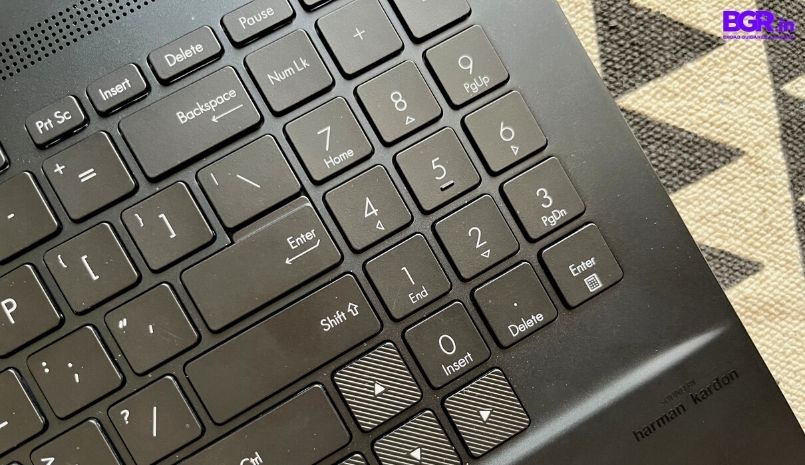 On the brighter side, the lappy gets Harman Kardon-branded speaker system that offers punchy sound with decent mid-tones enhancing the audio experience. As for synthetic benchmarks, our review unit could manage to score 11,189 on CineBench R23 and render time of close to minutes on the Blender Fishy Cat benchmark. Questioning about the backup, the 90Whr battery rated to deliver up to 8.5 hours of usage didn’t live up to its promise. With several tabs (most of them sitting idle), editing photos, and playing soundtracks on YouTube I could get a close round of 6 hours backup, although it may vary depending on your activity list.

Asus seems to be heading in the right direction with the ProArt creative series. The tangible rotating dial is a welcoming addition and handy option for editors. I am neither a graphics designer nor a video editor, although editing photos and tweaking the adjustments was a breeze and it leverage the workflow. With RTX GPU, and oodles of memory, the system could gobble each app that we tested with promising performance across Cinema 4D, Blender, Adobe Photoshop. At a compelling price of Rs 1,69,990 (standard model), this well-crafted laptop can make it a good companion for creators who are looking for a mobile workstation to get most of their job done on a single system. Those MacBook purists (like my friend) who want speedy output rendering, minimal heating, and optimisation suite would likely glue their hands (and mind) on the Apple ecosystem. 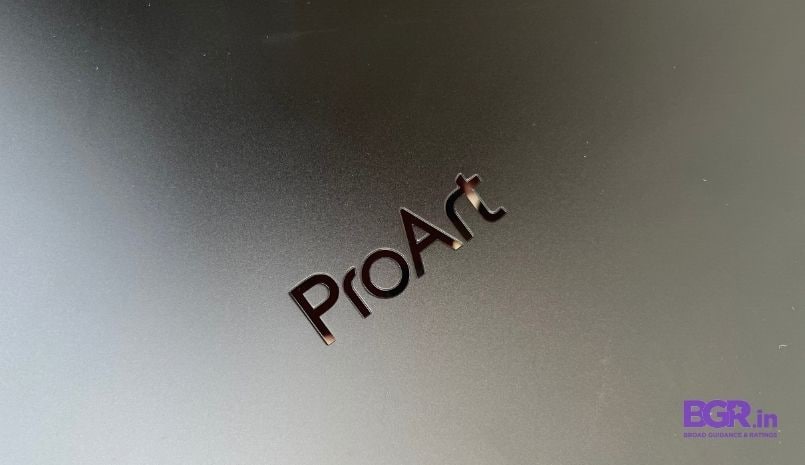 However, the Asus ProArt StudioBook 16 is a reliable machine, and with a wide vibrant 4K panel, intuitive control, premium-grade specs make it just about a suitable workstation and a good value for money for content creators who are at the initial stage of playing around with colours. For those who wouldn’t hesitate to spend another stack of cash for a powerful professional-grade laptop, the viable option would undoubtedly be the 14-inch Apple MacBook Pro.