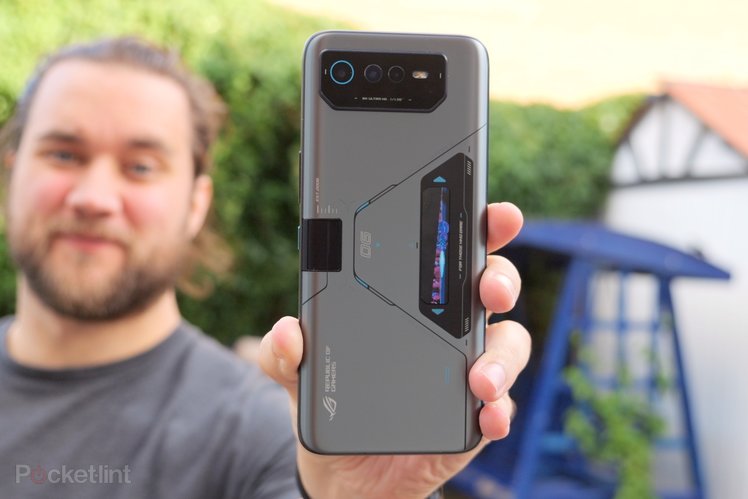 If you could point to one manufacturer as being the flag-bearer for the gaming phone trend, it’s Asus. Its ROG-branded phones are the pinnacle of performance and gaming-centric features like big speakers, wired headphone jacks, fast response times, gaming controls and cooling accessories.

If you’re wondering what ‘D’ stands for, it’s ‘Dimensity’. Because – unlike the previous model – this one is powered by a 3.2GHz MediaTek Dimensity 9000+ platform, and not a Snapdragon chipset from Qualcomm.

If nothing else, it’s a great way for MediaTek to show that it can also make powerful processors capable of delivering exceptional speed.

Otherwise, for the most part, the regular 6D looks and has many of the same features as the ROG Phone 6. There is an ‘Ultimate’ edition, however, and this one’s a little different.

The Ultimate edition ships with a clip-on cooling fan which not only removes heat from the back of the phone, but also opens up a small channel in the body of the phone called the AeroActive Portal.

When you attach the AeroActive cooling fan, a flap in the body of the phone opens up, and the fan then channels cool air inside the device, giving you even more effective cooling. 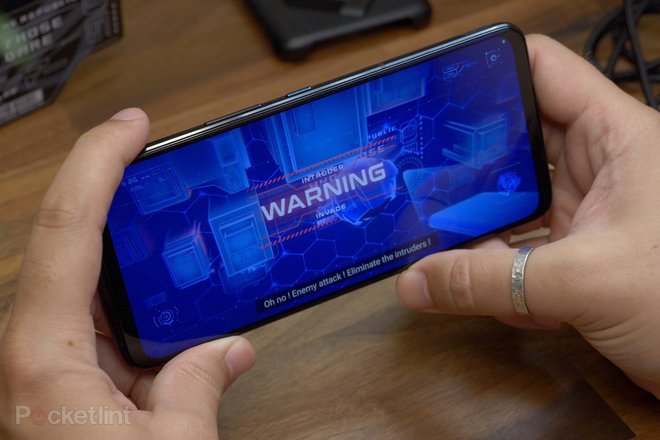 The Ultimate edition also has a small colour display on the back that’s capable of displaying various cute animations depending on what the phone is doing at the time, where the regular model just has coloured dots.

As for other specs, it reads like a tech fan’s dream phone. The MediaTek chipset is joined by either 16GB/512GB RAM and storage or 16GB/256GB, depending on whether you get the ‘Ultimate’ or regular version respectively.

It’s LPDDR5X RAM and UFS 3.1 storage too, so you know it’s going to be quick to read and write data, and shouldn’t struggle under any load with 16GB of it.

There’s a 6.78-inch display on the front with 2448 x 1080 resolution and refresh rates up to an impressive 165Hz and 1ms response time. Plus, with 720Hz touch response rate, it’ll keep up with any fast paced touchscreen gaming.

Other display specs include HDR10+ certification, with adjustable brightness between 5 nits and 800 nits typical, but peak brightness up to 1200 nits. In short, it’s a dynamic, fast refresh and bright panel that’ll be ideal for full screen gaming.

To add to the feeling of immersion in the content there are two powerful 12x16mm ‘Super Linear’ speakers, each with its own amp to deliver loud, bass-rich and full sound.

In other words – just like previous ROG Phones – it’s a media powerhouse. 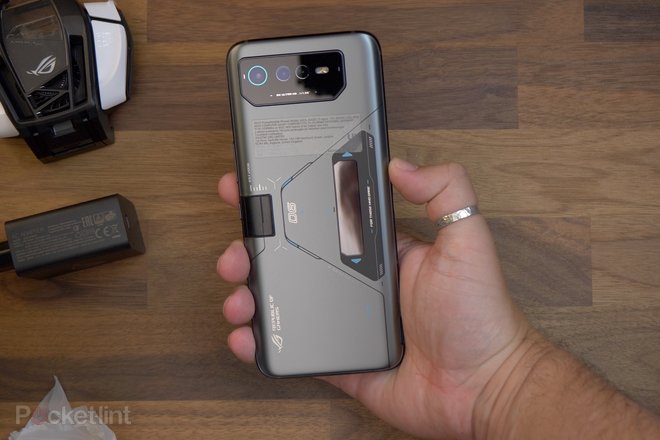 Other details include a large 6000mAh battery capacity, made by combining two 3000mAh cells, which also enable the phone’s 65W fast-charging capabilities. And it has two USB-C ports for charging/connections too, one built into the bottom edge, the other in the left edge, which is mostly useful for attaching accessories like the AeroActive cooling fan.

There’s a triple camera system on the phone too, with the Sony IMX766 50-megapixel sensor leading the line. This sensor – for those unaware – is used in a number of top cameras in the Android market, so should deliver strong results.

Both phones are available for pre-order from today, with the ROG Phone 6D coming in at £799, and the ‘Ultimate’ variant – which ships with the new AeroActive Cooler fan costing a cool £1199. Shipping begins in October.