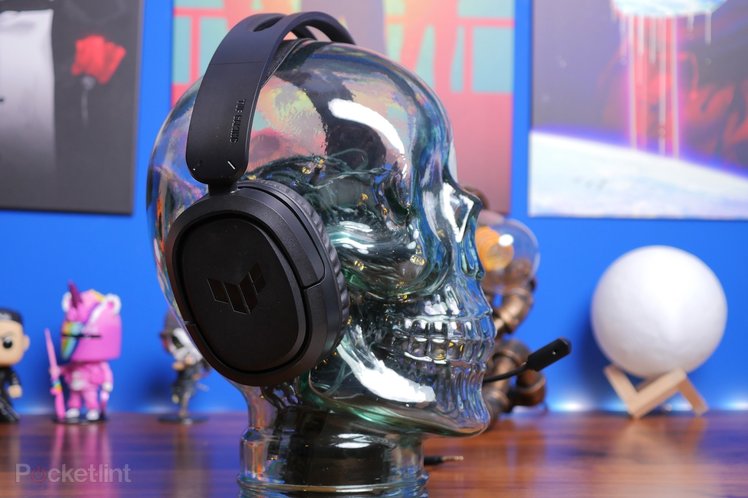 On the face of it the Asus TUF Gaming H1 is an affordable no-frills headset: as with all things TUF it’s understated and features a slick black design with no RGB lighting and barely any fancy accents. But does that mean you should overlook it? We’ve been using one out for a couple of weeks to find out.

When we first got the TUF Gaming H1 out of the box we didn’t think much of it. It’s not much to look at and feels underwhelming in the hand. But once you put it on your head, you appreciate some of the hidden pleasures of the design.

Primarily it’s really lightweight, which means it won’t feel balancing a boulder on your head. This is its key selling point for us. 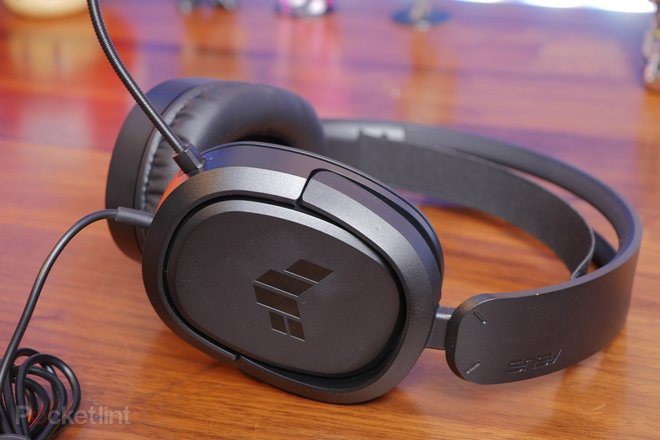 The Gaming H1 also features a material strap headband design – much like SteelSeries headsets – that gently rests on the head, rather than any metal or plastic headband. This offers a soft feel for all-day comfort that makes it easy to wear.

The earcups are 100 per cent protein leather and are surprisingly large too. The inner diameter of these earcups gives plenty of room – top to bottom and side to side – to account for larger ears. Sadly, they’re not as deep as we’d like though, so there is a little pressure against the outside where your ear sits against the driver.

These earcups have some up and down tilt so they can be adjusted and positioned sensibly over the ears. The result is a reasonable amount of passive noise cancellation, though we will note that the foam padding isn’t as thick as it could be. So we’ve experienced superior sound compared to this in the past. 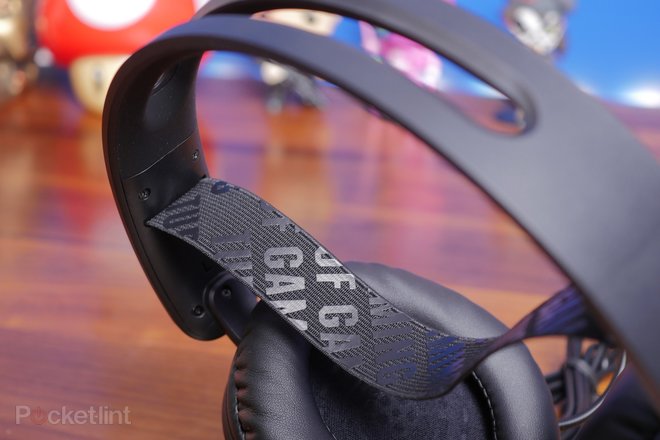 The headband design is also quite stiff. Though the earcups tilt up and down, they won’t move side to side, so can be awkward to adjust.

The headband also isn’t extendable in the traditional way – instead it relies on the flexibility of the fabric suspension headband and the sheer size of the design. That’s fine, though, because the outer part of the headband is not only large but also nicely stretchable and flexible. So most people will find the TUF Gaming H1 fits perfectly well, with good clamping force and a nice fit (ignoring the depth of those earcups anyway).

The Asus TUF Gaming H1 is a stereo headset with 40mm drivers and the promise of virtual surround sound via Windows Sonic sound or Dolby Atmos. 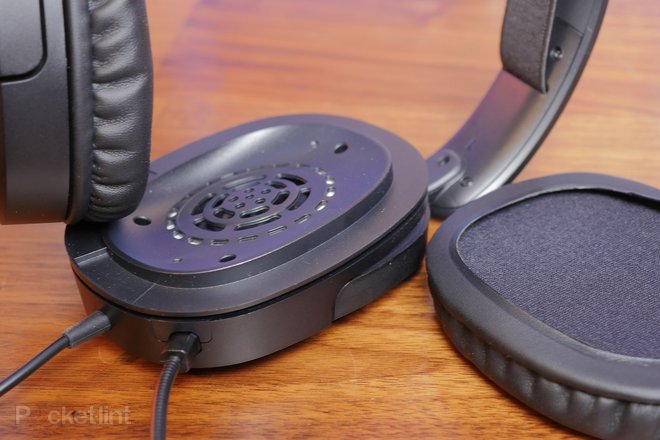 It’s nice and loud, with a basic volume wheel on the left earcup that you can adjust with ease. We found the sound to be reasonably capable too. It’s good enough to watch movies, listen to music and game with. The sound is a tad hollow though: it lacks the bass and the range of other more expensive gaming headsets, so some of the richness is lost.

That said, we are still impressed with the audio for the asking price. It’s just a basic stereo headset, yet if a game is mastered well, you can still enjoy a convincing soundstage. Throw in some virtual surround sound via Windows settings and you can enhance it a bit too.

The Asus TUF Gaming H1 also comes with a splitter cable, so you can connect it easily to console, PC or other devices.

As standard, it has a single 3.5mm connection that’s relatively short (frustratingly so if you’re using it that way on PC and not plugged into a controller). But there’s also an additional splitter cable included which adds length and connects to a PC or laptop which has mic and headphone jack separated.

It’s certainly nice to have the flexibility to easily use it with any other device should you choose to do so. However, we had problems with the splitter cable and therefore issues using the microphone effectively on PC.

As you’d expect, the TUF Gaming H1 has a unidirectional boom microphone. That mic is easily adjustable so you can position it as you want – moving it out of the way when you need to and close when you want to talk. It’s said to be both Teamspeak and Discord certified but has no AI noise-cancellation capabilities. 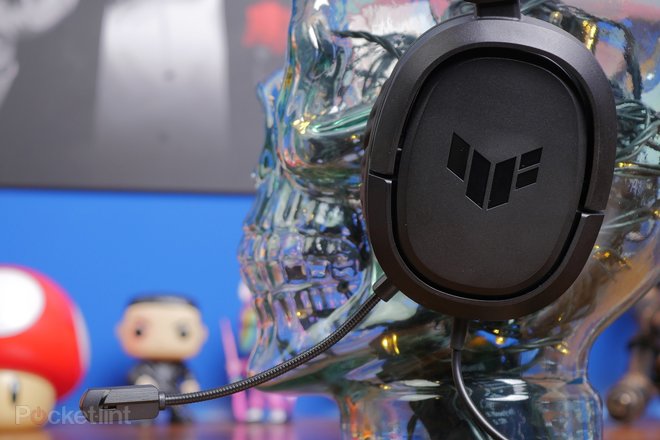 It’s sadly not removable, which means you’re stuck with it, even if you’re using an external microphone. There is a mic mute button near the volume wheel on the earcup and that has a satisfying click to it when you turn it on and off. There’s no audible cue to let you know when it’s muted though and no mic monitoring either. So with the slight passive noise cancellation, you might struggle to hear yourself a bit.