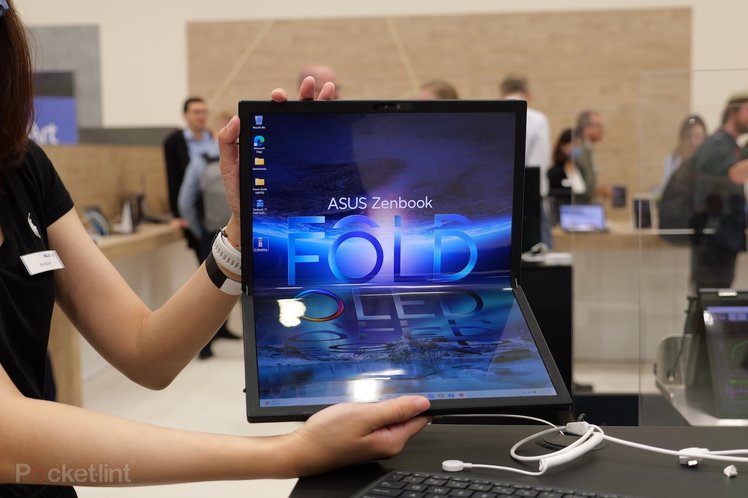 It’s clear the era of the folding, flexible displays is well and truly upon us in 2022. At the annual IFA tradeshow we saw a few different methods of using the technology to create practical solutions to every day problems.

For laptops, that problem is wanting to have a big screen to work on, but still be able to carry it around with you easily. With these flexible machines – which are more technically big flexible Windows tablets – the idea is you can have a much bigger display than a typical laptop that can fold smaller and go in your bag.

What’s really interesting about the Asus foldable is that – while it uses a similar flexible display to the Lenovo X1 Fold – its final form factor is quite different.

Asus’ design, when shut, looks more like a binder than a notebook, with a prominent Star Fleet-esque Asus logo on the cover and a built-in kickstand. That means you don’t need an additional snap-on stand like the Lenovo. 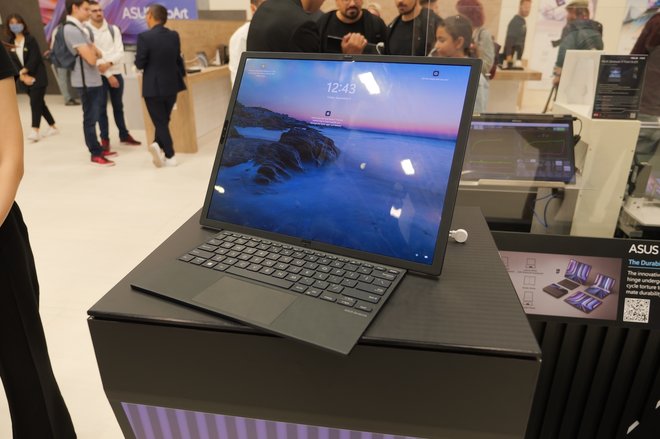 You can have the display fully open and resting in landscape mode or portrait mode, using a wireless keyboard while taking full advantage of the entire display surface area. You can also fold it at an angle and snap the keyboard over the bottom portion of the screen to use it more like a traditional laptop.

Sadly though, the part we think Asus needs to refine is the design when the laptop/tablet is shut. The whole point of these machines is supposed to be making them easy to carry around, but Asus’ solution has a big gap in the display near the hinge, and that adds considerable thickness to the spine end of the device when closed.

This may not seem a big deal, but it effectively means it will be too thick to slot easily into the laptop compartment of your backpack or messenger bag. Instead, you’ll probably have to carry it in the main compartment, taking up valuable space you’d rather use for other things. Compared to the folding Lenovo, it’s definitely not as elegant or practical. 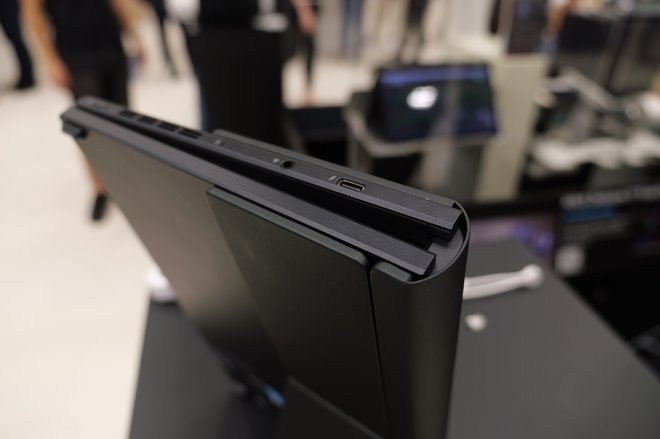 In other words, when Asus claims that it’s “thin and light”, that’s not exactly true. It’s only thin when it’s completely open. It’s certainly not when closed.

One thing the Asus Zenbook Fold does bring to the table: a big display. At 17.3-inches, it’s bigger than pretty much any standard laptop’s screen. So in some ways, it does succeed in offering a really big screen that can be folded down to a size that’s relatively easy to carry, even if it is a chunky device. 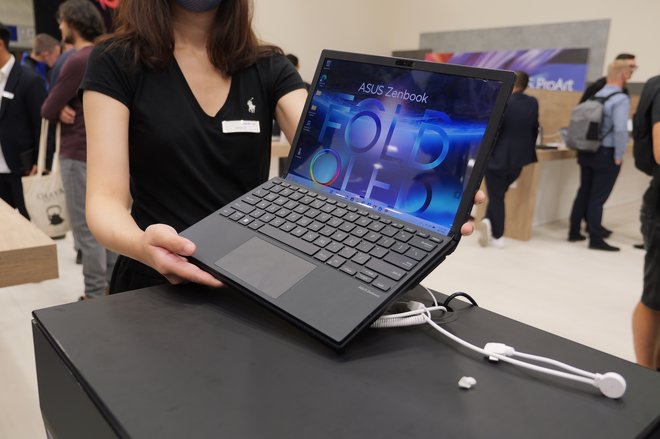 It’s a great looking panel on first impressions, offering wide support for colours and appearing very vivid and exciting to our eyes. With 500 nits peak brightness and certified for HDR and Dolby Vision content, it’s got great contrast and brightness too.

We can imagine it being a great display for watching movies and videos on, especially when combined with its Dolby Atmos-capable four speaker system.

As with any flexible screen though, there is the issue of having a reflective surface. The plastic film that covers the screen is very reflective, and can make the display hard to see if you’re in an area with lots of bright light sources around you. 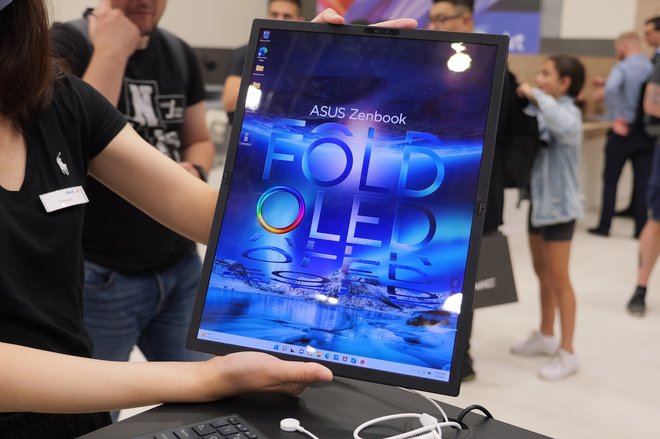 When folded at an angle it creates a smaller 12.5-inch display, making it ideal for using in small spaces like on a train or plane during travel/commuting.

You’d think that a machine with experimental form factor and technology would skimp a little on the power and performance side, but this doesn’t seem to. It’s got Intel’s 12th generation Core i7 onboard, and that’s paired with Intels Iris Xe graphics too. That should mean creative work isn’t a problem.

Similarly, it’s loaded with fast LPDDR5 RAM (16GB of it) as well as 1TB of M.2 NVMe PCIe 4.0 storage, meaning read-write speeds and processing during intensive apps are up there with the best of them. It’s maybe not quite as powerful as something with a dedicated AMD or NVIDIA graphics card, but it’s not underpowered in the slightest. 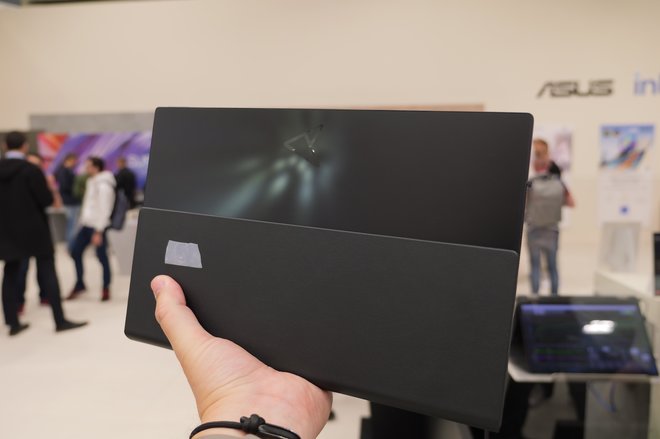 That speed and efficiency is there in the connectivity too. With two USB-C Thunderbolt 4 ports you get quick data transfer speeds as well as fast Power Delivery-compatible charging up to 65W. There’s also Bluetooth 5 support and Wi-Fi 6E, meaning it offers next gen wireless connection speed too.

On the whole, it’s a spec list worth of any high-end laptop. It’s obviously not the same level of power as a dedicated gaming laptop or pro ‘Studio’ type machine, but for most people there’s plenty on offer here.