In an unusual launch timeline, Asus announced its ROG Phone 3 prior to the ZenFone flagship in 2020. Asus fans wondered about the ZenFone flagship and after a long wait, it has confirmed its existence. Asus took to Twitter to share its teaser video for the ZenFone 7 flagship for 2020. There’s still no launch date but Asus says it is coming soon. The phone could end up looking a lot similar to the Asus 6Z from last year, given the teaser video shared publicly.

In the teaser post, Asus gives us a glimpse of the ZenFone 7’s top half. While the phone is shown only for a few seconds, it is enough to confirm the return of the Flip Camera. The Flip Camera module made its debut last year on the Asus 6Z and it now is coming to 2020 model. The tweet carried hashtags in German hinting at the Flip Camera module from the older model. Rumours suggest that this module will have three cameras instead of the two sensors from last year. The ZenFone 7 will be unveiled on August 26.

Thanks to the return of the Flip Camera module, the ZenFone 7 avoids any kind of notch or camera punch-hole cutout in the display. The teaser shows a seemingly big display with narrow bezels on the top three sides. Speculations have been high around Asus using an AMOLED display panel this time with a higher 120Hz refresh rate. Using an AMOLED panel could also result in an in-display fingerprint sensor.

Previous leaks have suggested that Asus is planning two variants of the ZenFone 7 this year. There will be a standard model using the Snapdragon 865 chip. A more premium Pro model will use the Snapdragon 865 Plus chipset also found in the ROG Phone 3. The standard variant could use a 90Hz LCD display whereas the Pro could go for the AMOLED panel with 120Hz. Both phones could retain the same 5000mAh battery from last year’s model. 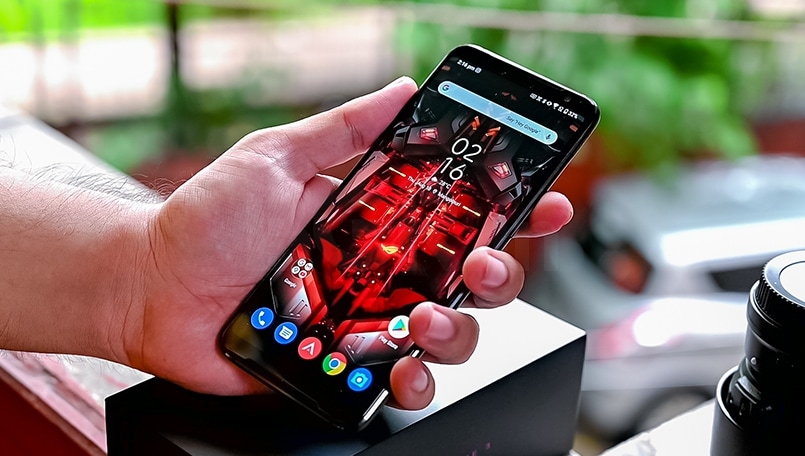