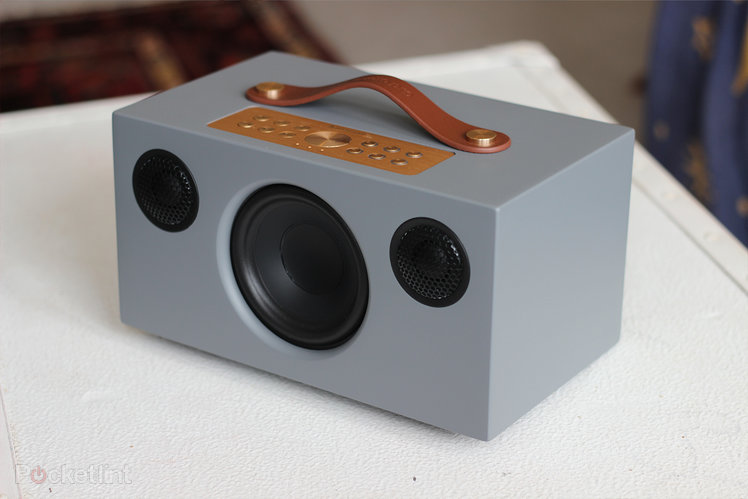 With Swedish audio specialist Audio Pro updating its Addon C10 speaker with some added functionality back in 2021, it was only a matter of time until the smaller C5 received similar treatment.

With the Addon C5 MkII, fans of the brand now have the option to connect to music sources much more readily, with support for Google Cast and AirPlay 2 both arriving.

Not one to change a winning formula too much, though, the design and sound mostly remain the same as the standard C5 speaker.

With the asking price remaining pretty lofty, however, it’s fair to question whether the upgrades go far enough with this second iteration of the C5. We’ve been testing the speaker over the last few weeks in order to find out.

Audio Pro’s speakers don’t generally allow for a huge amount of variation in design, but that’s by no means a bad thing. The elegant, spare design language works in a range of setups, from our experience.

The C5 MkII, specifically, looks for all the world like a smaller version of the C10 MkII that we tested earlier this year, with just the small handle on top differentiating the pair.

That’s essentially what it is in use, as well. There’s less heft and less oomph, but this is a size that’s a heck of a lot easier to fit onto a desk or shallower bookshelf – all with the same one-woofer, two-tweeter layout. 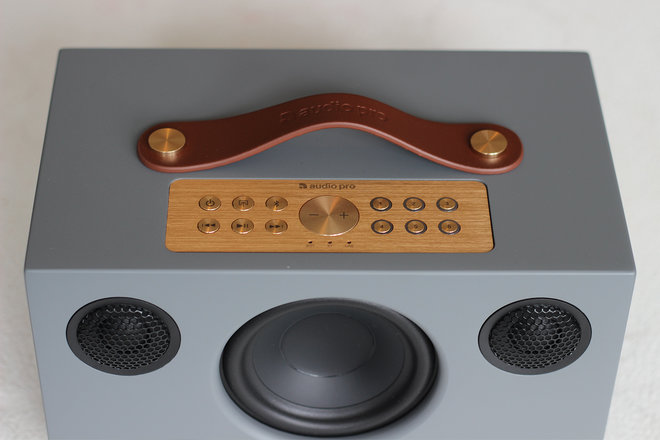 If you look a little closer, you’ll notice that the magnetic speaker grille present on the C10 misses out here. This is something we’re a little saddened by – especially with the price tag that Audio Pro has attached to the C5 MkII – since it lets you change the speaker’s look so easily and drastically.

Still, that doesn’t stop the speaker from looking pretty gorgeous – at least to our eyes. It’s got a brutalist edge to it, and the colour options are decidedly classy and muted, ensuring it isn’t too loud of a statement in your room of choice.

The speaker’s also easy to move around, thanks to that handle and its lightweight body. However, it’s still wired, so it’s not quite as adaptable as you might think based on the look alone. 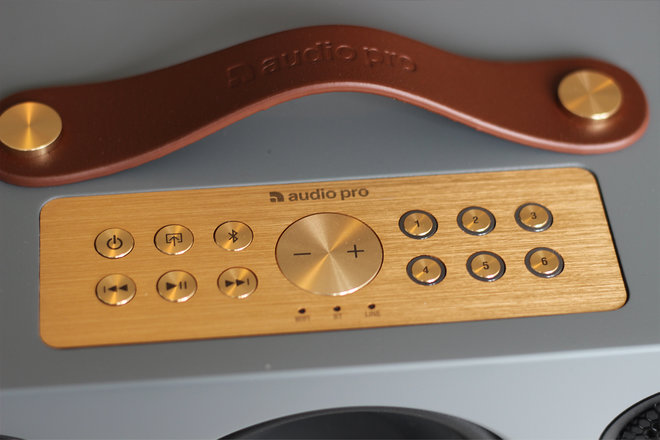 The top of the speaker also features some handy manual controls, including preset options, connectivity keys and the standard play/pause/volume buttons (in a brassy finish for the grey colour option). These clicky buttons and metallic materials have a premium feel to them.

Overall, then, we’re hugely enamoured with the way the C5 MkII looks – it’s a welcome addition to whatever room we try it in, accenting things rather than drawing the eye too heavily.

The C5 MkII has handled basically everything we’ve thrown at it really impressively. It pumps out nice, balanced sound that’s impressively delicate and detailed when it needs to be, while also managing bass very well. 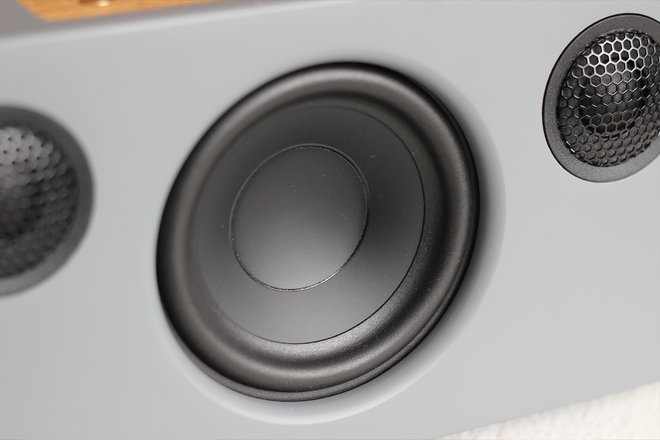 The subwoofer isn’t huge, and that means you will certainly get more thumping bass from a bigger speaker, but we think it’s a good size for the scale of the speaker – you don’t want things getting drowned out, after all. Put on a heavy beat from Run the Jewels, for example, and you don’t lose any detail in lyrics or high notes.

The latest album from Alt-J shifts from acoustic sounds to synths and electronica in the same track at times, but none of those changes or coexistences befuddled the C5 MkII; it shifted as needed and displayed everyman adjustability that we rate highly. 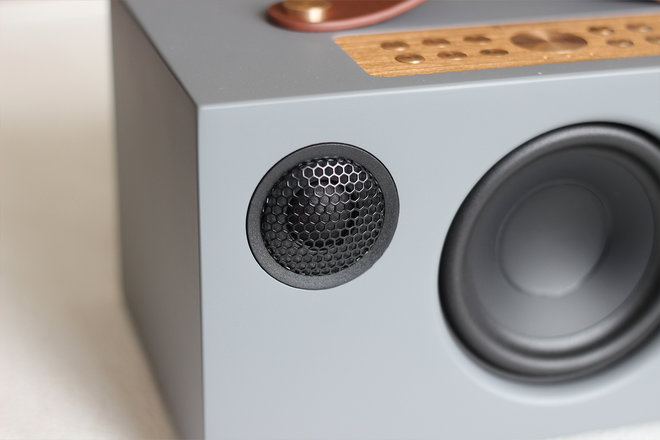 Crank things up to maximum and you’re into neighbours-calling-the-police territory, too, which will be heartening to both the antisocial among us and those sociable enough to need a speaker that can power a proper party.

You can edit six presets for yourself in the Audio Pro app, which is nice, letting you swap between your favourite radio stations, playlists or albums so that you have super quick access to what you want to listen to without needing your phone in your hand.

Setting up the C5 MkII is as easy as you could like. Audio Pro’s own app is on hand for the Wi-Fi side of things, getting it hooked up to the right network in a matter of a minute or two. From there, you’re away with Spotify Connect or Tidal Connect, if you use them, which is as simple as it gets.

AirPlay 2 and Google Cast support means both iOS and Android phones can chuck audio over to it easily, as well, and you can add it to multi-room systems if you want to, which is also a nice touch.

The Wi-Fi performance was stable and reliable in our experience, but you’ve got Bluetooth there as a backup whenever you want it (or if someone’s a guest without Wi-Fi access, perhaps). It’s the ideal one-two punch, but the presence of wired options augments things further. 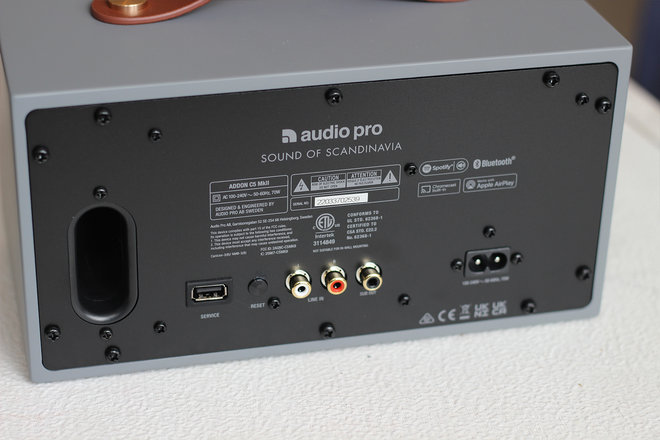 You will need a split-end cable to connect, but that’s something that comes in the box, so there’s no struggle. With this, you’re basically able to access any type of connection you could want, which is great for a desktop or living room speaker.

All in all, it’s a great range of options, and the ease we had in connecting through each is a credit to Audio Pro – all these things seem simple in isolation, but they frequently hang up or glitch on some other speakers, so the C5 MkII does very well on the features side.