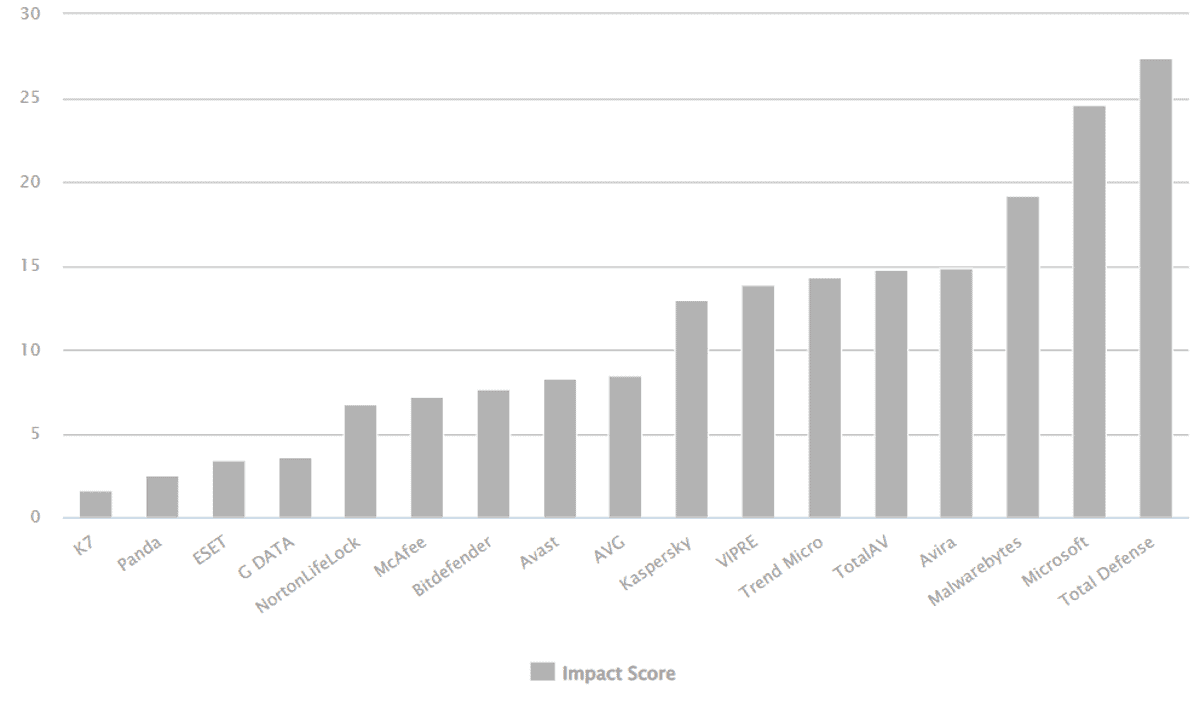 The company ran a number of tests on a fully patched Windows 10 version 21H2 device. The device was powered by an Intel Core i3 processor, 4 Gigabytes of memory and Solid State Drive hard disks.

The tests included common operations and activities on the device, including file copying, archiving and extracting operations, the installation or uninstallation of applications, the browsing of sites, and launching applications. Additionally, the researchers ran benchmark tests in PC Mark 10 Professional to measure the system impact during real-world usage.

The ranking system awarded slow, mediocre, fast and very fast rating for each of the products in all test categories. The four ratings reveal how much better or worse a product did in comparison to the other tested programs.

Only one antivirus solution, K7, got the very fast rating in all test categories. ESET, G Data and Panda had a single “fast” rating while all others were considered “very fast”.

Microsoft Defender did not perform well in the tests. It ranked second to last in the test, only Total Defense had a higher impact on system performance than Microsoft’s product.

While Microsoft Defender did get several “very fast” ratings, in launching applications, browsing websites and downloading files, it received the worst score, “slow”, in the first run file copying test. It performed better in subsequent runs, getting a “very fast” rating in that test category.

Microsoft’s security product got a “mediocre” rating in the installing applications test, which it shared with Total Defense. All other products got “fast” or “very fast” ratings in the test.

Microsoft Defender placed second to last in the test. It did not perform well in two of the test categories and that resulted in it having a large impact on system performance while these specific tasks were performed on the test system. The benchmark test result places it in the middle of the tested applications.

Microsoft Defender did not do well in AV-Comparatives offline scanning capabilities test either.