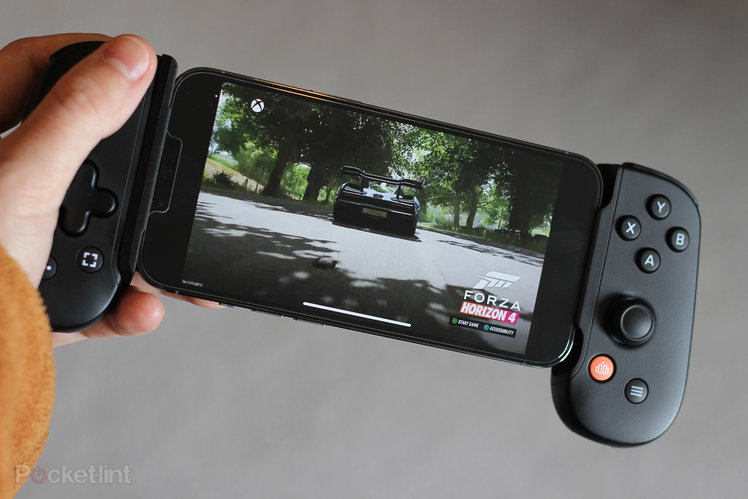 The mobile gaming revolution might be old hat by now, with countless successful apps and games that come to mind, but we are in the midst of a new wave in the form of remote play and game streaming. Playing a full console release on your phone is entirely possible now, so long as you have a good internet connection, but doing so with touch controls almost always inhibits things.

The Backbone One is a leading example of how to get around that problem without needing a full controller to hand – it clamps around your iPhone to offer all the same benefits, forming a mini portable console of sorts.

The Backbone One looks nice and sleek whether it’s wrapped around your iPhone or not. This isn’t the smallest controller grip on the market for an iPhone, but it is one of the nicest feeling to use. The ergonomics are fairly restrained, without a huge amount of shaping, but there are enough curves and soft edges to make sure that it’s nice to hold. 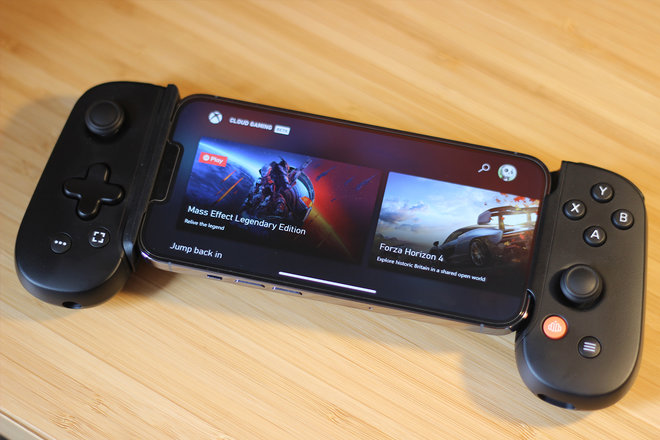 The analogue sticks are similar to those used by Nintendo’s Joy-Cons on the Switch, which means in practice they don’t have huge amounts of travel, so you will find that you lack some of the precision of a full-scale pad.

That’s mirrored by the triggers, which are solid enough, but pale in comparison to the likes of the DualSense or Xbox Wireless Controller – that’s not really a criticism here, though, given the different aims of the Backbone One.

If you’re concerned by getting the best possible competitive advantage from your controller, you’re probably not looking for a mobile grip in the first place. For playing games on the go and with a form-factor small enough to slip into basically any bag, this is a really well-designed package. 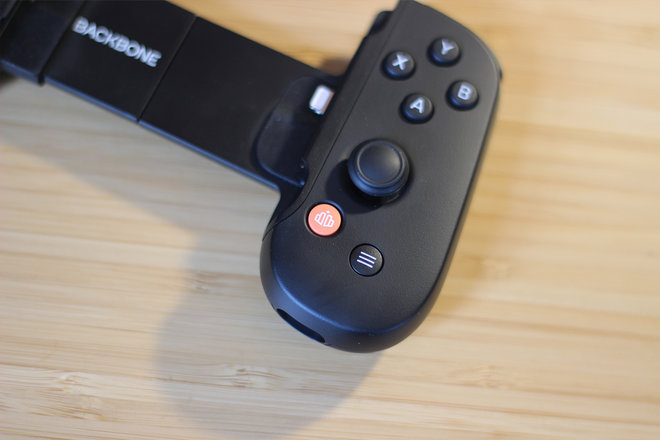 In addition to the usual sticks and buttons there’s a couple of menu buttons, too, one to each side, alongside two additional feature buttons – one is for taking captures and screenshots while you game, the other quickly opens Backbone’s own app.

While the button setup is handy, we didn’t find the Backbone button very useful and occasionally activated it by accident. What would have been miles more useful would’ve been a generic home button to take the place of a Sony DualSense’s PlayStation button or the Xbox button on those respective controllers, which are both useful for streaming games.

The Backbone also hosts a 3.5mm connection for audio, although using your phone’s Bluetooth is miles easier in most cases, while there’s a Lightning port for both pass-through charging and the option to connect to something like an iPad by a wired connection. 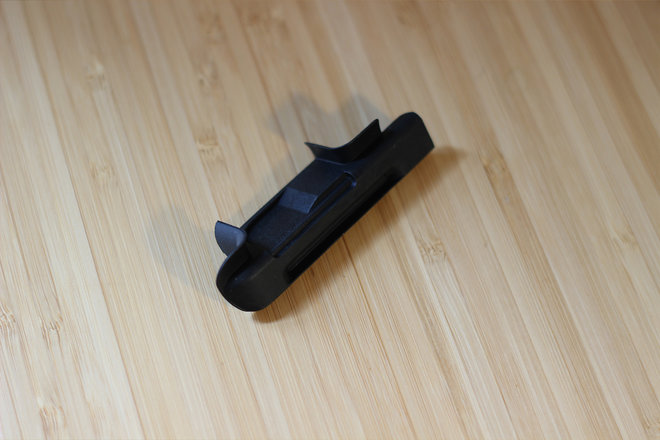 The telescoping back of the Backbone’s grip makes it easily accommodate different sizes of iPhone. If, like us, you’re using the iPhone 13 Pro, you’ll be able to use the free adapter that comes in the box to make sure it fits nicely around the phone’s massive camera bump. It doesn’t cause any flexing or an awkward fit, so we’re impressed by this workaround.

The one downside is that if you use a case on your iPhone then it won’t slot into the Backbone One, so you will have to accept taking your case off to use the controller, before then putting it back on after.

Plugging your iPhone into the Backbone One will lead to a fairly immediate detection of the controller, letting games that support its input use it as the primary method – something that generally works nice and smoothly. 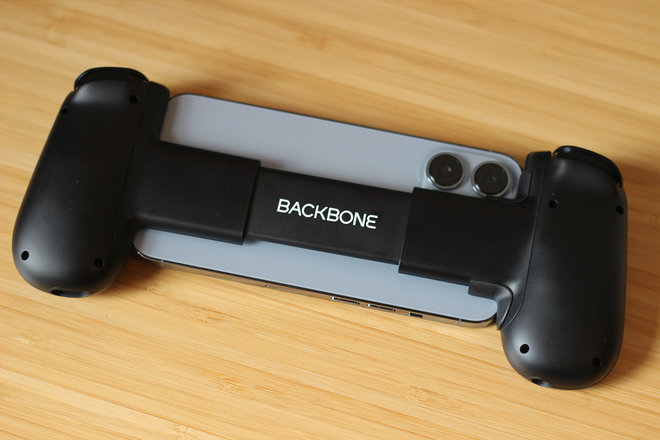 We’ve occasionally found that streaming using Xbox’s browser-based workaround on iOS required us to unplug the controller and try again to make sure it was detected, though, but this rarely takes more than a couple of seconds and never persisted.

The controller works great not only in native games and apps, but perfectly with Xbox Game Pass‘ streaming system (and you can get a free trial of the service with the Backbone One to try it out), and we also had a great time using it for Remote Play on our PS5.

That’s basically all you can ask from it in terms of compatibility, and it really does open up more ways of playing your games without hogging the TV or needing to be in front of it. 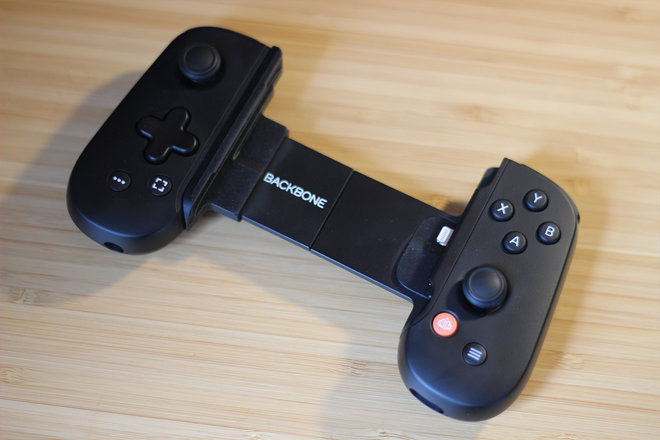 Backbone’s own app aims to be a hub for your mobile gaming using the controller, letting you launch games from services like Game Pass and Google Stadia without needing to find the relevant app first.

That said, we typically knew what game we wanted to play and cut out the middle man by going directly to the relevant app or page, so we’re not certain this Backbone button brings all that much value to the table – hence why we’d probably lose this button from the controller.