Despite Balmuda’s history, the company is probably best known for its products like its relatively pricey toaster and electric kettle. So what happens when a modern design company wants to dip its toe into the smartphone market? It creates its smartphone, of course. The Balmuda Phone launched in Japan towards the tail end of 2021, and due to its poor reception, it was allegedly discontinued only a few months after its launch.

Despite this, the smartphone is still sold in stores and can be readily purchased on or off contract. So how does a phone that wasn’t well received get a second chance? It gets repurposed by those selling it. Rather than being marketed as a high-end Balmuda, it is sold as an affordable and compact smartphone that is great for first-timers. Best of all, the phone costs virtually nothing when purchased under contract. You can see how at this point, it might become alluring. For most, this is enough to make a sale. But is a compact smartphone with the Balmuda name any good? Let’s find out. 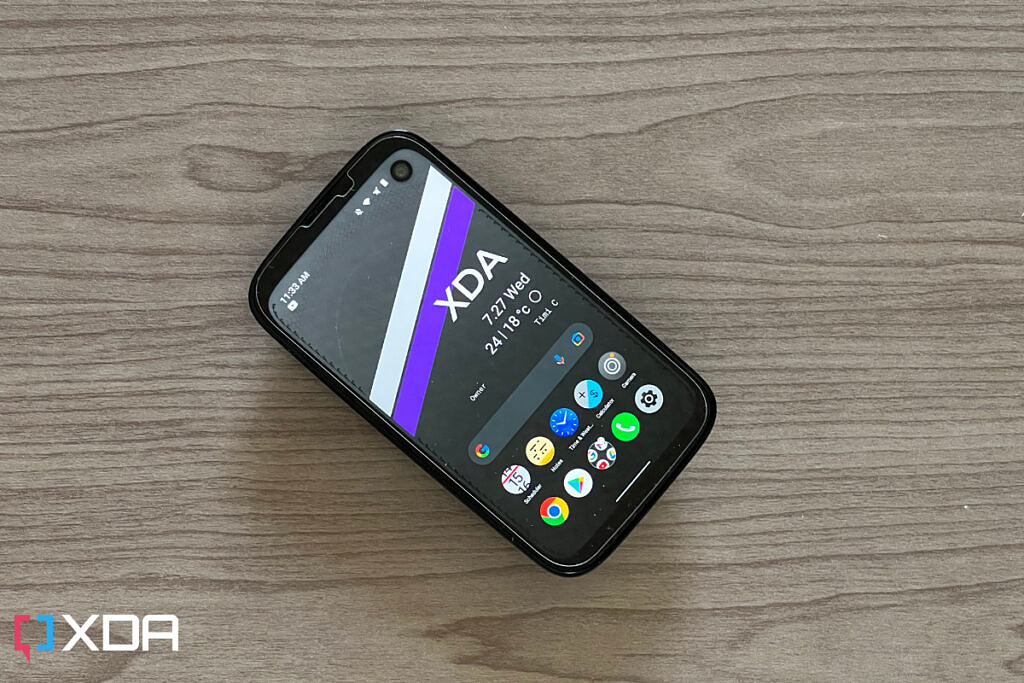 The Balmuda Phone is a unique piece of technology, not because it packs interesting features, but because it is a smartphone made by a non-smartphone company. It shows what comes to market when a company isn’t accustomed to the landscape it’s entering and truly believes in its vision. While this approach has been successful in the past for a limited few, the chances of it amounting to success are truly rare.

The Balmuda Phone quickly sets itself apart from the crowd by having a design that, upon first glance, looks nothing like what’s currently on the market. But if we go back, maybe a decade ago, when there were more experimental devices, we can see where the Balmuda Phone might have gotten its inspiration. The phone has glimpses of the Palm Pre, Microsoft Kin One, and others. While Palm found design inspiration from an ostrich egg, Balmuda was more concerned with avoiding hard lines, making every effort to incorporate sloping curves on every angle of its phone.

On the front, we get a small but usable 4.9-inch Full HD display with a punch hole cut out in the upper right corner for a front-facing camera. The display is crisp (449 PPI) and works well in most conditions, but the panel is an LCD, so you shouldn’t expect deep blacks or colors that pop. Another thing to note is that there are two different color options for the Balmuda Phone, black and white. If you have the black model, the bezels surrounding the display aren’t as noticeable, but with the white model, you’ll probably see some extra space towards the top and bottom of the display. 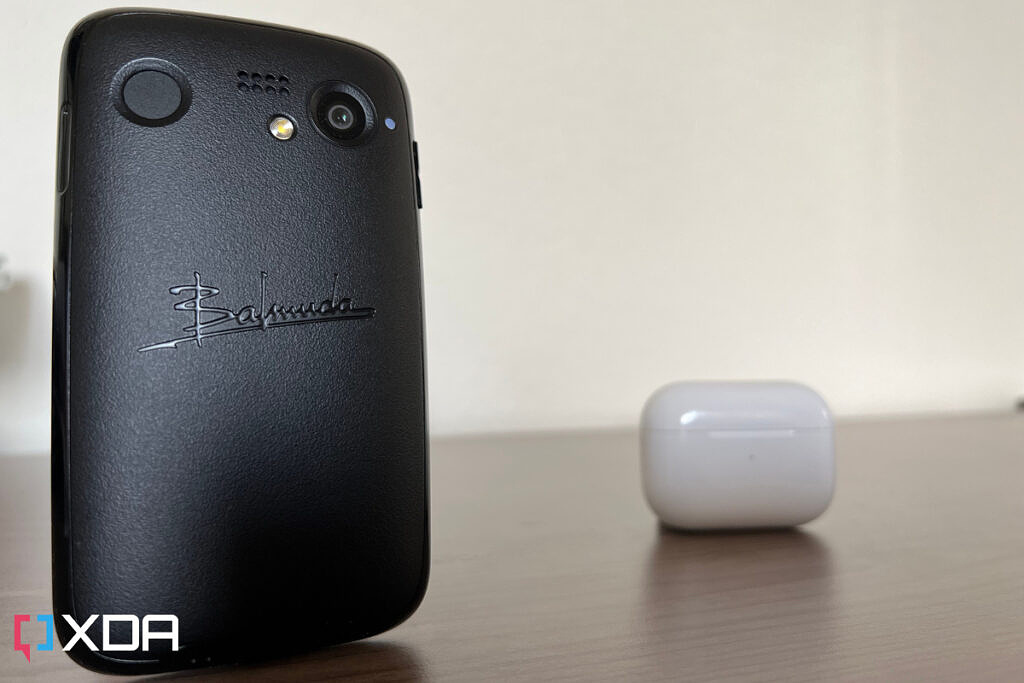 The device’s rear has a distinct look, housing the circular power button/fingerprint sensor on the left-hand side and a camera lens on the right. There is a speaker grill and flash between the power button and camera, with a small LED indicator light that sits right next to the camera. Imagine my surprise the first time I received a message and saw it flashing: it was delightful because it’s not something you often see these days. Unfortunately, looking through the settings menu, there isn’t a way to customize the color or pattern, so you’ll be stuck with a soft white illumination for all alerts.

Thanks to its smaller footprint, sloping curves, and 138g weight, the Balmuda Phone should feel pretty good in the hand. The device cradles your palm, and to be frank, feels like the complete opposite of what you’re used to when handling a smartphone. The phone is made from plastic, which feels somewhat cheap in 2022, and the textured surface on the rear provides just enough grip to feel comfortable. Oddly, the carefully crafted design by Balmuda is something I couldn’t appreciate, perhaps due to years of using squared-off slabs constantly etching themselves into my palm.

Regarding environmental protection, the Balmuda Phone offers an official IPX4 rating. The device is certified for use near water and can take occasional splashes, but it cannot be submerged and is not considered waterproof. The rating also means that it can most likely protect against sweat.

The Balmuda Phone comes loaded with Android 11, and as of July 2022, it has received the June 2022 security update. Since this is a carrier-branded device, a few carrier-specific apps are included that aren’t part of Android, but nothing intrusive. The Android 11 experience is clean with little added touches by Balmuda here and there. These “touches” are one of the most surprising aspects of the phone’s software because they are thoughtful additions.

The “Stripe” functions are an interesting part of the home screen, giving users quick access to shortcuts by swiping the stripes set in the background. You can set the stripe function to perform a predetermined action or set it to launch your favorite app. Best of all, it’s customizable. You can adjust the stripes to conform to a right-hand or left-hand grip, or you can disable it altogether. You can also set up the colors to suit your mood. 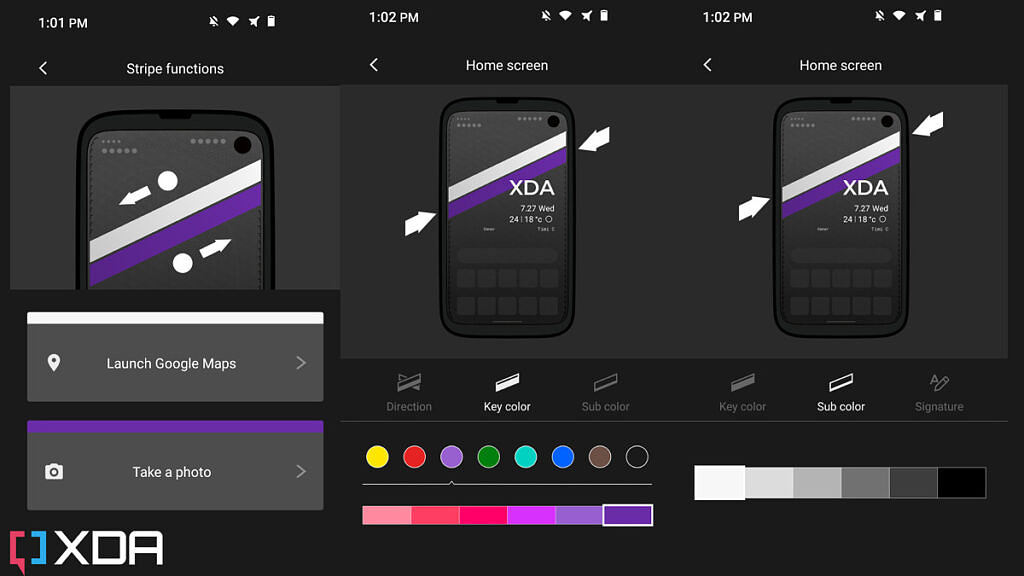 Balmuda has tools and accompanying widgets like schedule, clock, notes, and calculator. This is nothing new, as most phones have these apps installed, but Balmuda’s take on them is pretty good. For example, on its Scheduler app, the layout is beautiful and intuitive. You can pinch to zoom in and out of your schedule, showing you your day, week, or even monthly schedule. There is also integrated weather, showing what the weather will be like up to a week in advance within the calendar view. 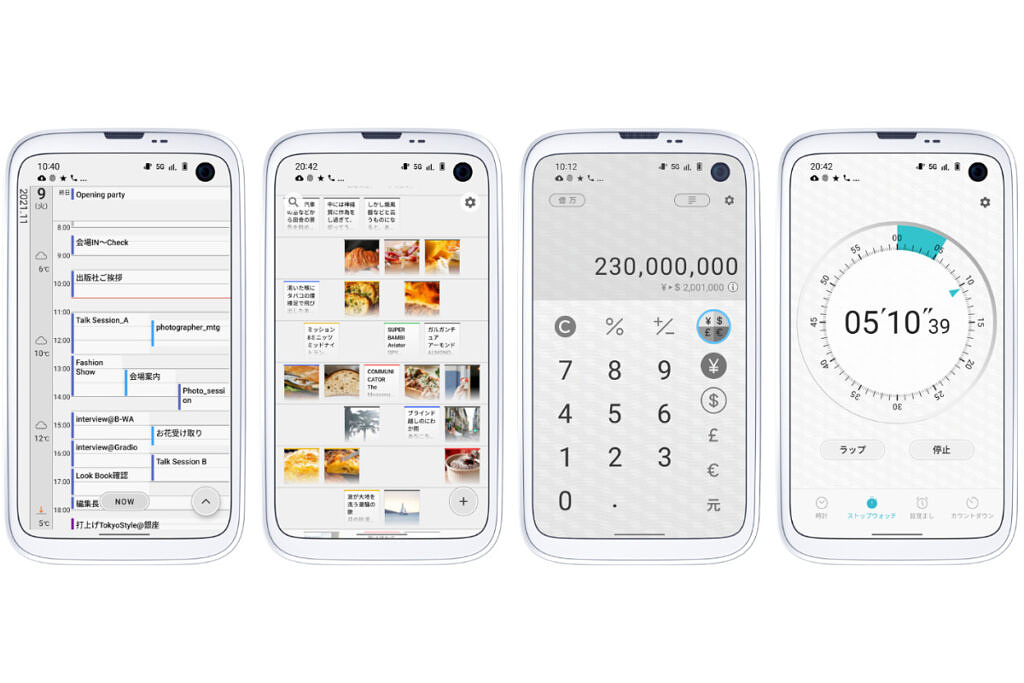 The clock app is also beautiful, offering time, weather integration, a stopwatch, alarms, and a countdown timer. It’s hard to describe, but the look and feel make the experience seem elegant. The same goes for its notes and calculator apps, with small touches giving just a bit more energy than your standard apps on other devices. The sound design is also charming, with elegant and fun tones for ring tones, notifications, and even charging. Everyone will have their preference with these kinds of things, but for a first try, Balmuda nailed it, giving a captivating and memorable experience.

The camera is an essential part of any smartphone’s arsenal. Without a proper camera, the phone could be pretty much DOA to many discerning consumers. If you’re someone that wants excellent photos from your smartphone, the Balmuda Phone isn’t for you. It has a single 48MP camera, which means you will be limited in the kinds of photos and videos that you shoot. 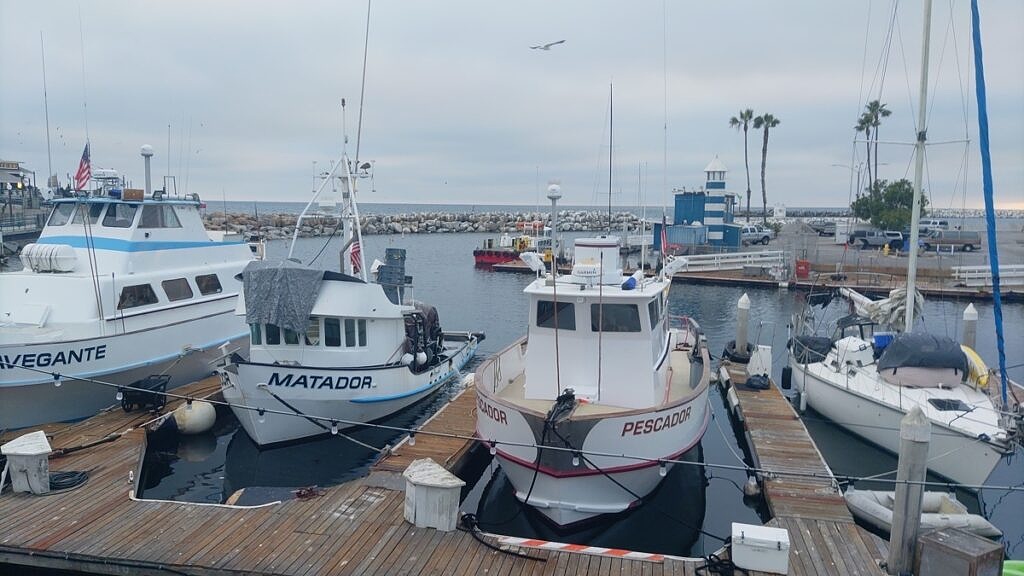 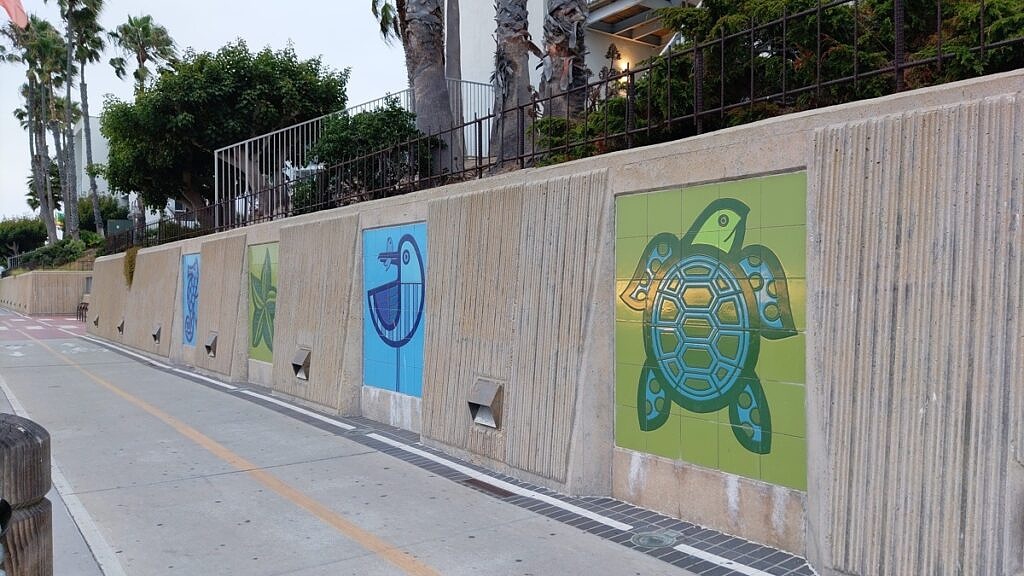 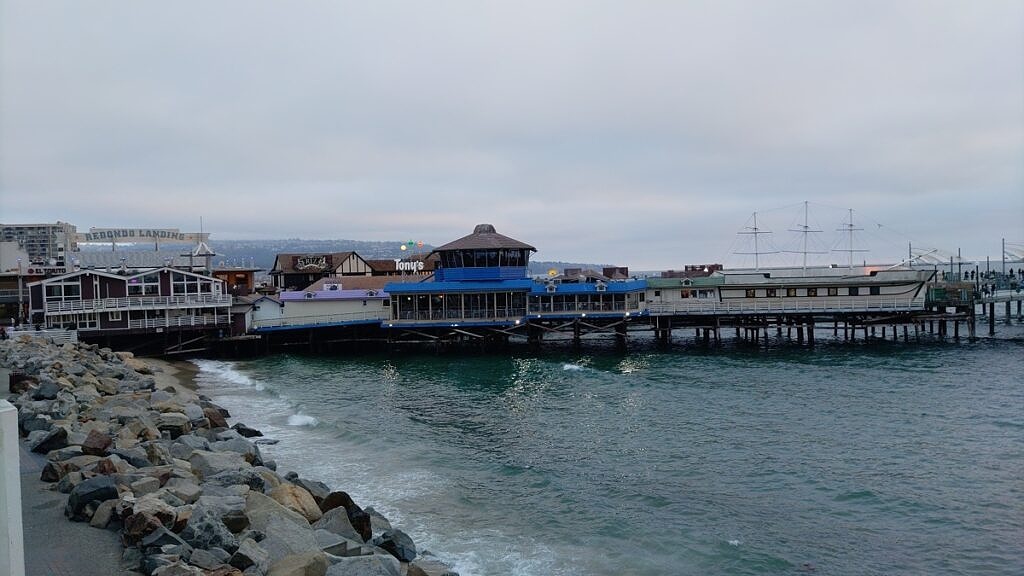 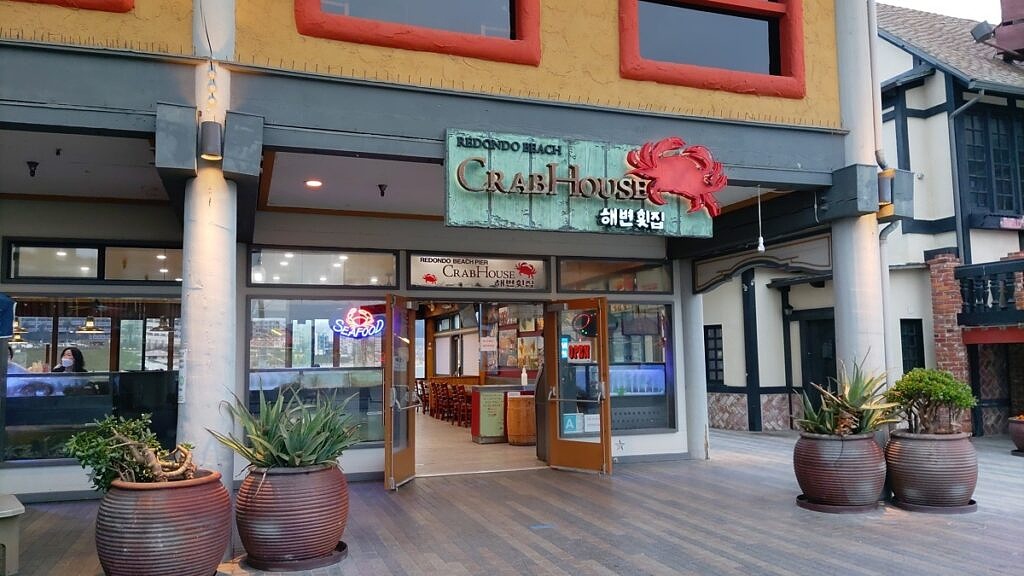 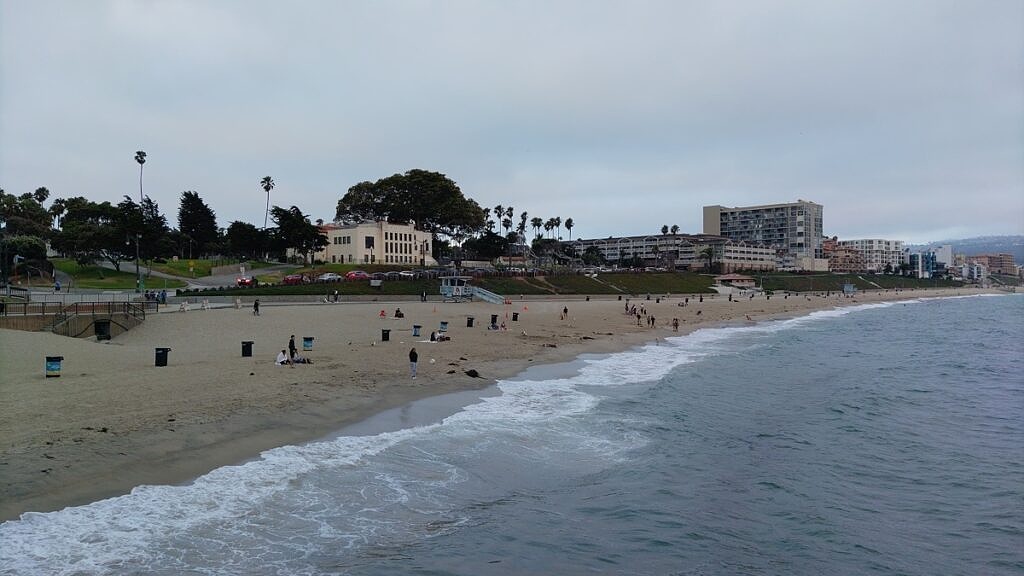 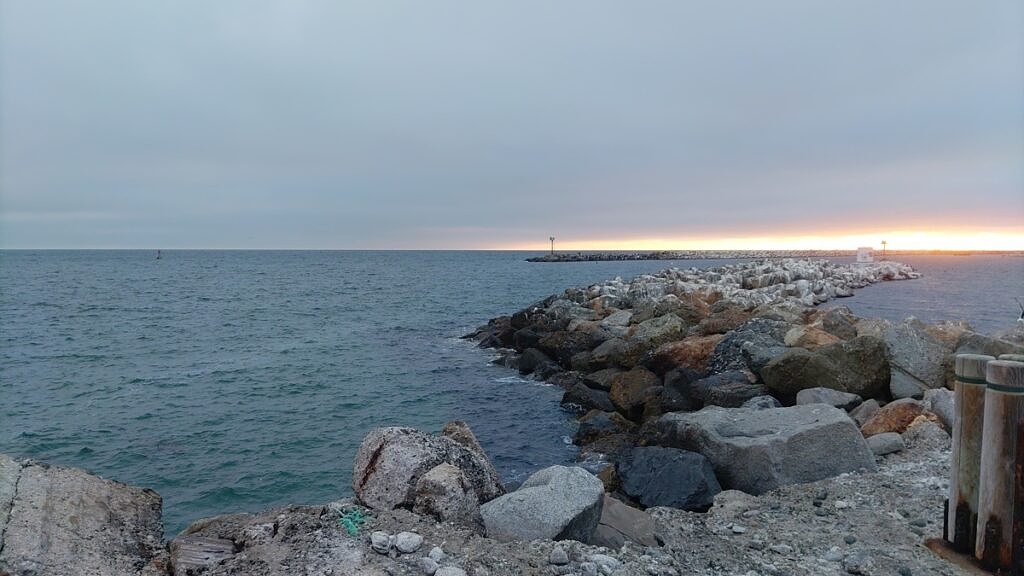 Perhaps what’s surprising about the phone is that it doesn’t perform well in bright environments. Enabling HDR does help the quality but to see this kind of quality from a new smartphone is kind of appalling. As you can imagine, it doesn’t do so well once the lighting gets dimmer. For those that like the ability to dial in camera settings, there aren’t those kinds of choices. At best, you’ll be able to select a mode comprised of movie, photo, dish, portrait, and night sight. I have my opnions, but I’ve left some samples of photos so you can be the judge. 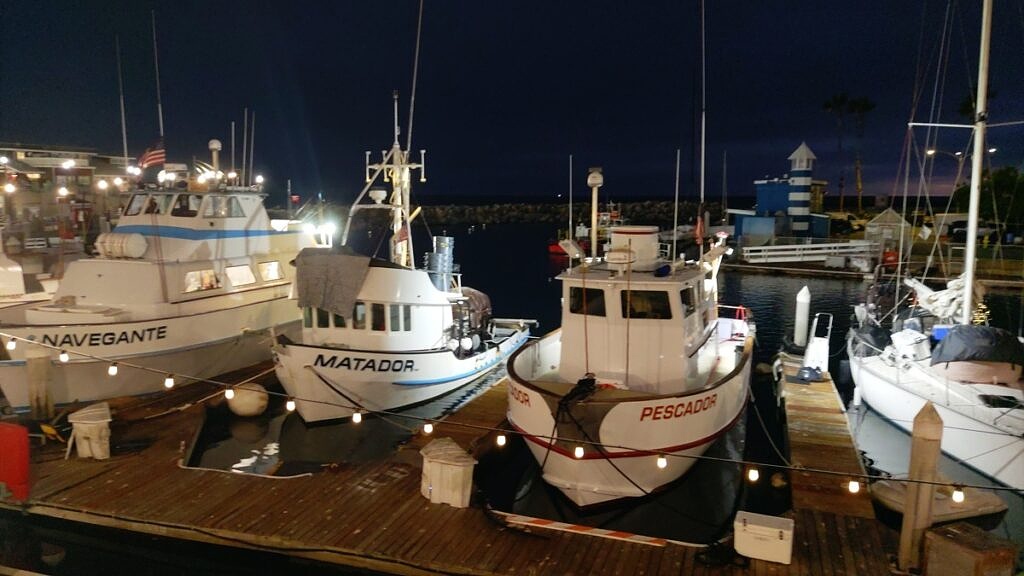 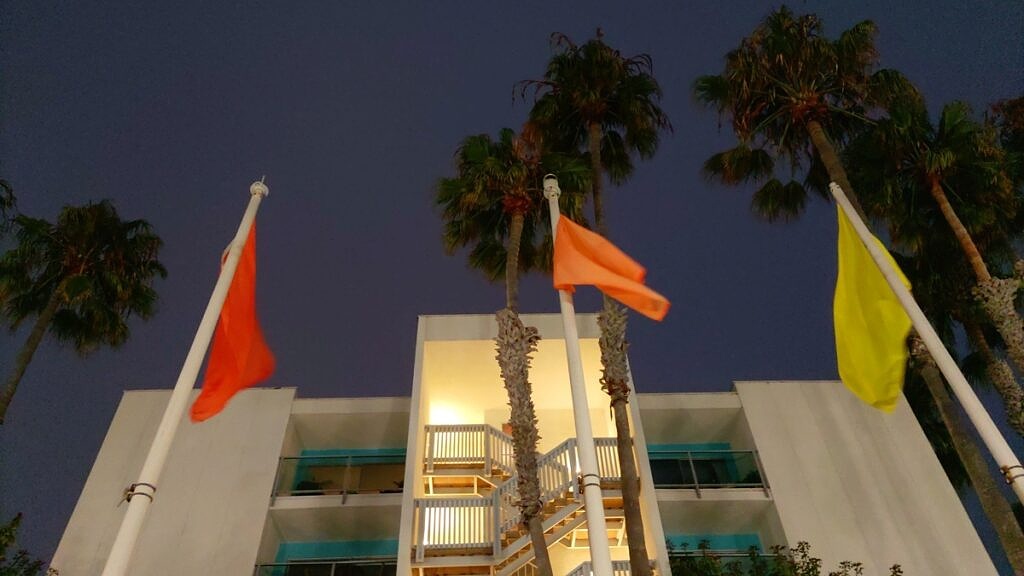 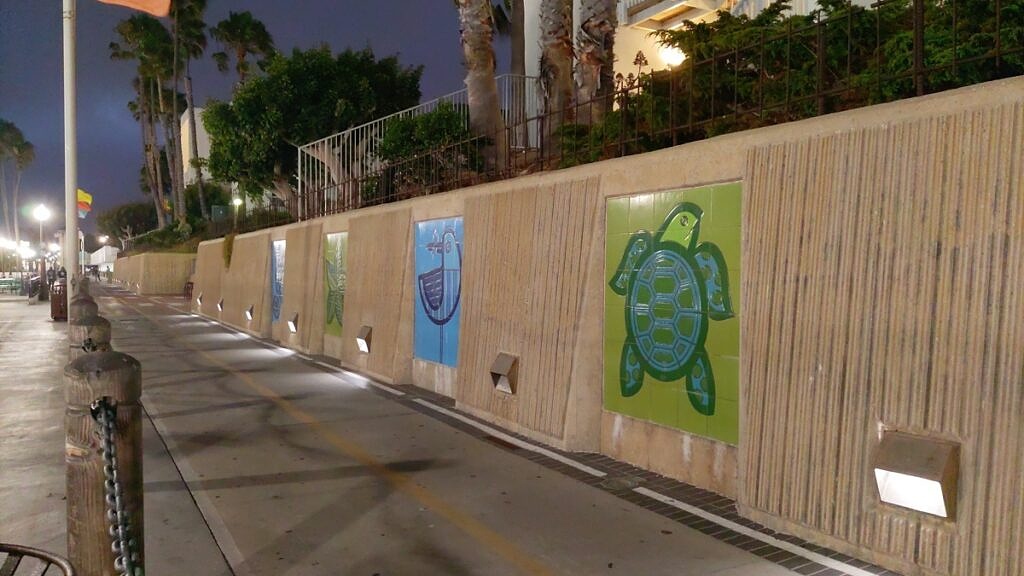 When watching movies on the Balmuda, the smaller screen doesn’t look all that bad. But an area that does need improvement is the audio. The single speaker on the rear is not enough and will exercise your muscle memory from years past, having you cupping the back of the phone to channel the sound forward. If that wasn’t enough, the audio isn’t crisp and often gets distorted when played out at louder volumes. It isn’t the worst thing in the world, but those that want to use this as a media consumption device might want to look elsewhere. Also, this device has no audio jack, with Bluetooth and USB-C audio passthrough being the only options.

The Balmuda Phone isn’t packing the fastest SoC or even the biggest battery; in day-to-day use, it shows. While the Qualcomm Snapdragon 765 processor is okay for the most part, sometimes you can feel or even see the slight jitters or stutters now and then when scrolling through web pages, watching YouTube, or playing games.

As far as the 2,500mAh battery goes, it is possible to get through a day of use. Suppose you’re an average user like myself. In that case, you’ll maybe use the phone for a few hours of music streaming, web browsing, some light social media use with apps like Instagram and Twitter, and occasionally message with apps like WhatsApp, Voice, Slack, etc. If this is the way you use your phone, you’ll get through a day without issue, but you might feel a bit nervous when you head home with only around 30 percent battery remaining.

If you’re a power user, you’ll tack on navigation, taking photos and videos, watching videos like YouTube, taking calls, and more on top of the average experience. With this kind of use, you can expect the battery to be pushing its limits, leaving roughly under 10 percent left at the end of the day. Luckily, you will have the option to charge your phone wired via USB-C or wirelessly.

Balmuda is well-known in Japan for offering designer goods like toasters, vacuums, electric kettles, and more. While not always the most practically priced, there is a following. Unfortunately, the company stepped out of its lane with the Balmuda Phone and tried to approach the smartphone business like its other projects, and it didn’t quite nail the landing.

With that said, there is a market in Japan for smaller smartphones. The Balmuda Phone is probably the best example of this, with a few others like the Rakuten Mini and the Sharp シンプルスマホ (Simple Smartphone). While these aren’t generally marketed as compact smartphones, they are marketed with ease of use and first-time buyers in mind. Despite reports of the extremely high asking price for the Balmuda Phone, since that time, the price of the phone has dipped quite a bit and can be purchased for under $200. Furthermore, the phone is just a penny if you sign a contract with a wireless carrier. 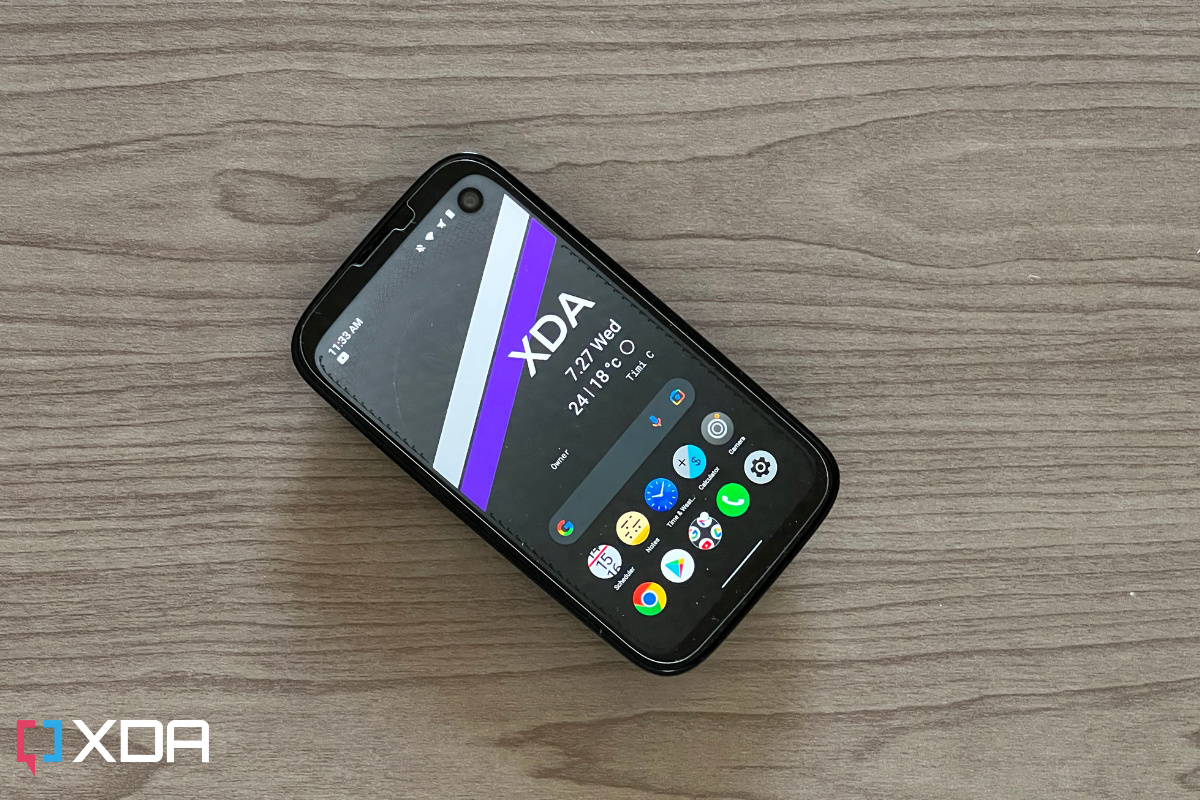 The Balmuda Phone offers a design like no other.

But I think even at the adjusted rate, this is a niche device that not many will pick up. Plus, if you step into the mid-range market, where the Balmuda should sit, plenty of better options are available. I don’t think there has ever been a company outside of the phone industry that has produced a genuinely successful product. The space is just too competitive, and things are bound to go wrong without a strong foothold. Hopefully, this will be a lesson to not only Balmuda but others, and maybe one day, we will get an impressive smartphone from a company on the outside looking in.

If you want a good small phone, consider picking up the Asus Zenfone 9 instead.

The post Balmuda Phone Review: A small Android phone that surprisingly finds a market in Japan appeared first on XDA.