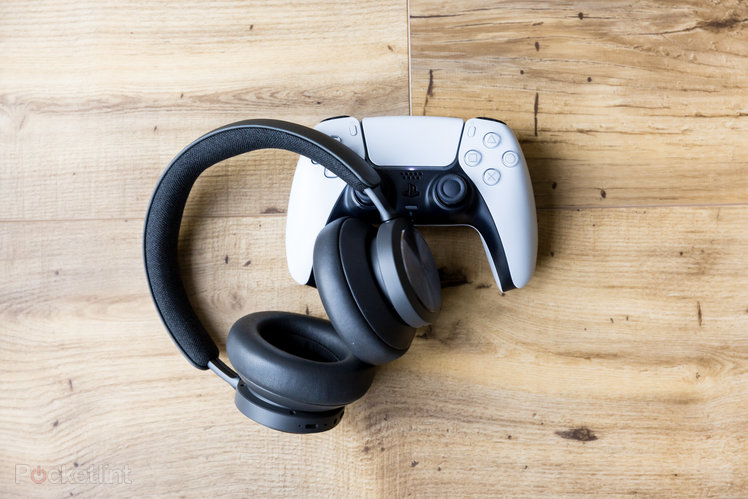 Bang & Olufsen just about created a new category with its first attempt at a gaming headset. The Beoplay Portal first appeared in spring 2021 and carved a niche as high-end, luxury headphones for gamers. The only problem was that they were almost exclusively for Xbox consoles, coming with the official Microsoft stamp of approval and a direct wireless connection to Xbox Series X/S and Xbox One.

Now there’s a new pair for 2022 – similarly dubbed Portal – but for the other side of the gaming sphere. PlayStation and PC owners now have a premium headset to call their own too. And it just so happens to have a few enhancements, to boot: the Portal PC/PS edition sports longer battery life and a few minor tweaks. It’s also pretty neat, well, if you have deep enough pockets anyway.

In design terms, the second-generation Portal is identical to the first. It is made of quality materials, including soft leather for the earcups and aluminium for the arms. There’s a soft underside to the light headband too, which is covered in material to ensure comfort and durability. And given the sensible weight there’s no doubt that this is a headset that can be worn during lengthy play sessions.

It looks smart too – quite unlike most gaming headsets on the market. In fact, it is reminiscent of the brand’s more generic over-ears, such as the Beoplay HX. That’s somewhat the point as the Portal is designed for use both in play and in general listening. You wouldn’t look out of place listening to music on a train, for example. It comes with active noise-cancelling (ANC) and Bluetooth 5.1 technologies for exactly that purpose. 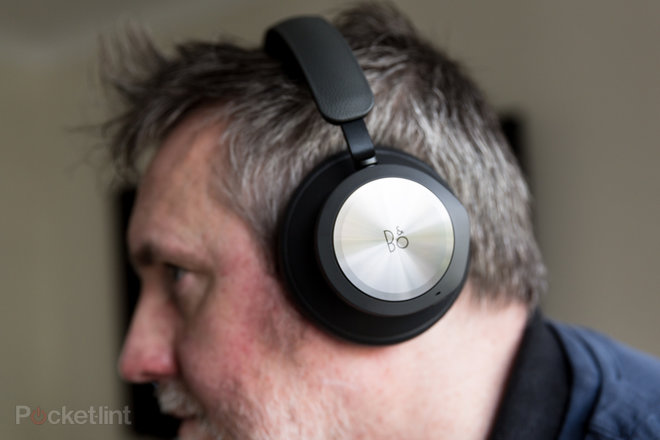 The only disappointment given the cost is that the carry bag is rather flimsy and cloth. We’d expect something more robust and protective, but then you’ll likely be wearing the Portal more than you will be carrying it.

You might also notice that there’s no boom microphone – a regular on conventional gaming headsets. That’s because it uses beamforming mics in the earcup to create a “virtual boom arm” to pick up your voice without getting in the way of the aesthetics. This is a Bang & Olufsen device after all, so aesthetics are everything.

Whether you are using a 2.4GHz wireless connection via one of the two included dongles – USB-A and USB-C are included – or Bluetooth, the Portal headphones are a doddle to set up. A dedicated Bang & Olufsen app does much of the hard work and, once connected via this app, the headset instantly works with the dongle plugged into a PS5 (USB-C), PS4 or PC (USB-A). Our PS5 recognised them straight away, switched everything over to headphones mode and sang like a bluebird. 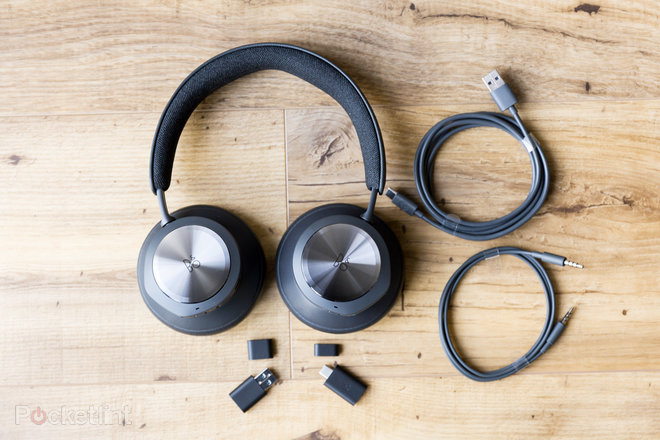 The app also offers a number of options and controls that are dependent on the connection. If you are connected to a gaming device, for example, you get a choice of different game audio signatures – for first-person shooters (FPS), role-players (RPG) or general gaming. You also get sound modes for movie or music. When connected to a mobile phone or tablet, the options change to podcasts and the like.

It’s worth noting at this juncture that the second-gen Beoplay Portal can also be used with an Xbox through a wired connection, with a 3.5mm port on right earpiece and lead included in the box. And, now that Nintendo Switch works with Bluetooth headphones, this particular pair works great with that console too.

One neat feature is dual-audio streaming. That means the Portal can be linked to a PC or PlayStation and a mobile device at the same time and even playback audio from each simultaneously. So, if you are in the middle of a heavy gaming session and a relative or friend rings, you can take the call without having to stop what you’re doing. 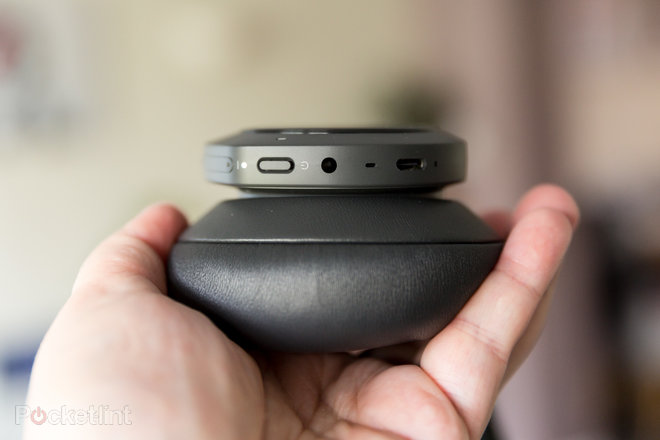 There are touch controls around the headset, with a slider on the right-hand side for volume and the ability to adjust the level of ANC/transparency on the left. An Own Voice feature is also accessible, which enables you to hear yourself talk over game sounds, while gesture controls can also be customised in the app.

The Portal is compatible with Dolby Atmos for Headphones, Qualcomm’s aptX Adaptive, and the AAC and SBC codecs. We also found them to work well with Sony’s 3D Audio, as found on the PlayStation 5.

Considering the company heritage, the Bang & Olufsen Beoplay Portal headphones drip in audio prowess. They present a clean, beautifully spaced audioscape when plugged into a PS5. 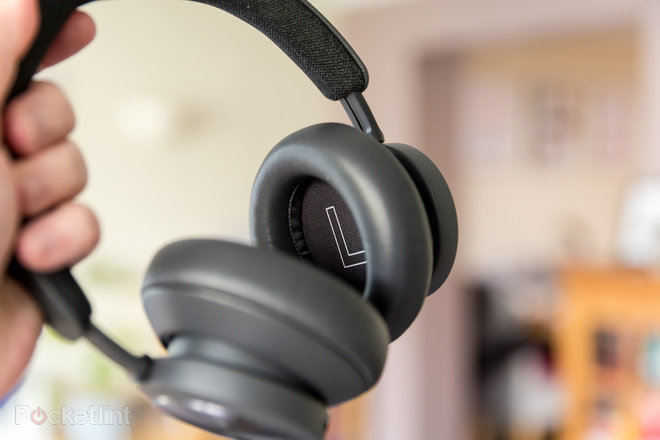 The two 40mm drivers – one per ear – have a perfect amount of oomph for gaming, offering deep bass levels without muddying the mid to high frequencies.

Testing them with Horizon Forbidden West with 3D Audio switched off gave an excellent soundscape with plenty of decent spatial placing. Water falling just behind our left shoulder was picked out wonderfully, while ongoing dialogue coming from front-centre remained true and precise.

FIFA 22 also sounded great through the Portal. In fact, we heard tiny elements from crowd chants we’ve not picked up before. You might need to muck around with the audio settings in the game itself, to lift match commentary a touch, but once tweaked you get a full-bodied, realistic footy experience.

Latency is excellent – i.e. non-existent – thanks to the 2.4GHz connection when used with either dongle (it’s even less when wired). Bluetooth naturally adds a little but it’s barely perceptible, as with all other Bluetooth 5.1 headphones on the market. 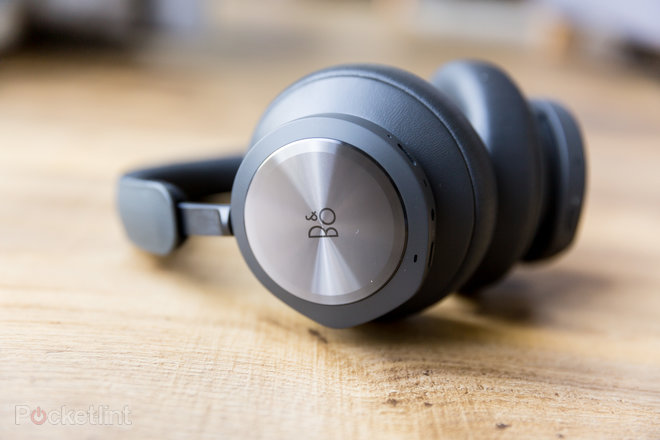 Connected to an iPhone 13 Pro Max, and therefore sans aptX, we got a very decent music playback experience. The balanced tuning gives you back what you put into them, with a rich, involving sound. These over-ears are very capable for everyday use as well as gaming, that’s for sure.

The ANC isn’t the best on the market, but does a decent job of blocking the outside world and is effectively an added extra anyway, as it’s not normally less important when playing at home.

One of the enhancements this time around is battery life, delivering an estimated 19 hours of playtime with ANC, Bluetooth and wireless connectivity all engaged at the same time. Bang & Olufsen claims that can be raised to 42 hours with just Bluetooth and ANC switched on. We certainly didn’t find anything to dispute that – indeed, an hour’s worth of play on PlayStation and we found the battery only dipped by about four per cent (as readable in the B&O app). Charging time is around two hours anyway, which isn’t a big deal.

Yes, there are plenty of other gaming headsets out there with much longer battery life, but if you have been gaming for more than 19 hours straight you might need a break anyway. 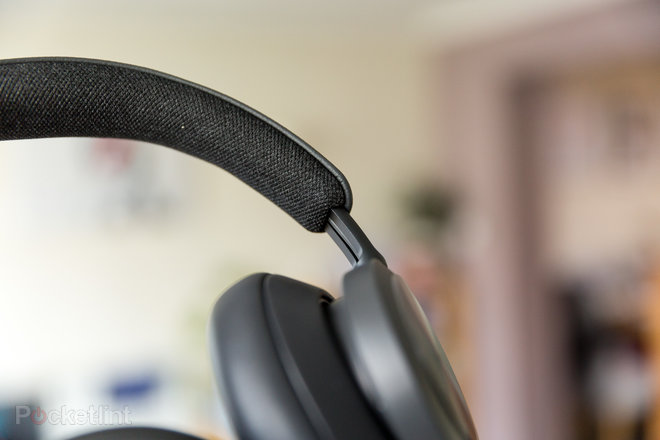 So far so good then. There is one caveat though: the virtual boom arm microphone is a neat idea and keeps everything tidy, but it won’t suit everyone – especially streamers. The beamforming array does a decent job of keeping your vocals clean and clear for reception by others during a game (or phone call) but it’s not exactly broadcast quality. We doubt Portal will be on the radar for those who care about such things anyway.