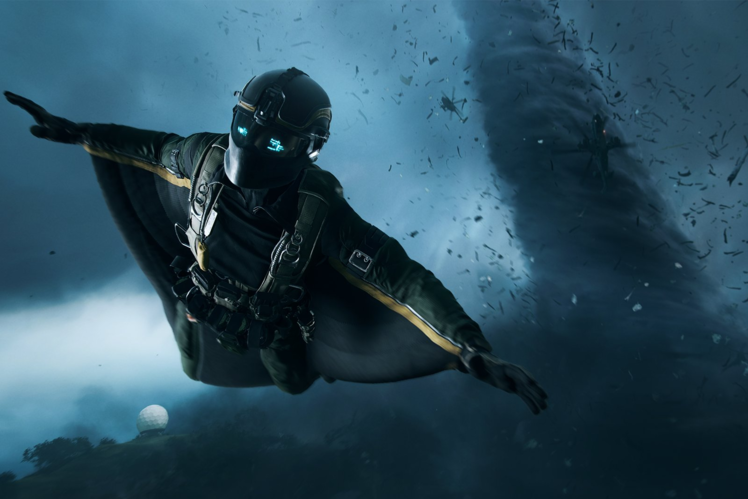 After months of speculation, it’s all become clear at last – we finally have a release date for Battlefield 2042: 22 October 2021, which is actually a few weeks earlier than we were hoping.

We knew for ages that the game was heading toward a holiday 2021 release date, thanks to repeated confirmations from EA, but this is now concrete, so you’ve only got a little while to wait before you can drop into the biggest Battlefield game yet.

That’s all thanks to the full reveal trailer, which you can see above, and which took the wraps off the game for the first time, bringing to an end the absolutely huge amount of speculation that had preceded it. Without going overboard, it’s an unbelievably impressive first showing and makes the next game look like it could be an absolutely stellar entry in the franchise, especially paired with the gameplay trailer that you can find below.

With each Battlefield game comes a key question – when and where is it set? Given that previous entries have had seriously diverse settings, a lot is up in the air on this front. With Battlefield 1 and Battlefield V, Dice went back to both World Wars to explore an earlier form of combat, but the likes of Battlefield 3 and 4 showed years ago that it can excel at modern combat scenarios, too.

The setting has also been explored a little in the short film embedded above, titled Exodus, which premiered on 12 August 2021, so check it out for a further taste of what Battlefield 2042’s world is going to look like.

There are loads of futuristic touches across the various trailers and explainers, including plenty of drones, robotic dogs (called Rangers), and more besides, so it should make for a nice mixture of new and old. We also know that the game will support 128-player servers, which should make for serious carnage, although only on newer hardware.

The weaponry will be familiar but with some modern touches, and the very-leaky server testing that Dice has been carrying out has let a lot slip thanks to sneaky player uploading clips – check out the post below to see loads of weapons in action.

BIG #Battlefield2042 LEAK
Here are some of the weapons from the play test. This video shows weapons shooting, reloading and showcases an overall idea of each weapon! (There will be more weapons on launch, obviously)
RETWEET + FOLLOW @BF2042News before it gets deleted! pic.twitter.com/ChlpIf2uH1

EA has also said that the game will have unprecedented scale on the destructibility side (which is hard to believe in comparison to the high watermark of Bad Company 2), building on the “Levolution” events from Battlefield 4 involving moments such as the collapse of a huge skyscraper to change the map.

Also coming for big changes is the class system, which is getting overhauled and replaced by Specialists, effectively unique operators with abilities like revives and resupplies that can augment your strategy in similar ways, but with more character. A recent Q&A post detailed this with more granular information, reassuring players that there will be a balance to how you build loadouts, to stop people abusing abilities or spamming certain weapons.

At launch, there will be 10 specialists to choose from, including some of those you can see in the clips above, but that’ll expand through a seasonal content plan that will also bring a battle pass system – no surprise in the modern gaming market. These seasons will run for 3 months each, and it seems EA would hope for the player base to gobble them up for at least a few years.

This could see modes that force everyone to use certain whacky weapons or more complex scenarios such as one that might give one squad huge powers and pit them against a hundred opponents. The best modes will be highlighted by Dice developers to let people access them more easily, alongside some creations of the developers’ own, so there will be constant rosters of new maps and games to try out.

All of these can play host to game modes like Rush, which are no longer part of the official main offering but could find a life of their own on the Portal. We also know that new content will come to Portal over time, separate to the main game’s content drops, meaning that we will hopefully see even more famous maps make their way to the mode (Wake Island, anyone?).

Plus, Dice has detailed how balancing will work a little – after all, weaponry from 1942 wouldn’t compete in reality with futuristic arms. Hence there are two options to pick from – a “historical” setting that will make modern weapons more powerful, as in reality, or a “balanced” setting that will put everyone on an even footing, to make sure you can have competitive fights.

In recent games, Dice stepped away from full-length campaigns in favour of a series of shorter vignettes, which worked really impressively and told interesting stories. Now, though, the single-player side of things has been cut altogether, so there won’t be anything apart from multiplayer to dig into.

However, there’s nothing coming on that front for at least a while – there will be no battle royale mode when the new game launches. There are rumours of a longer-term plan for Battlefield 2042, with a new mode coming sometime in 2022, but no proof of that as yet. 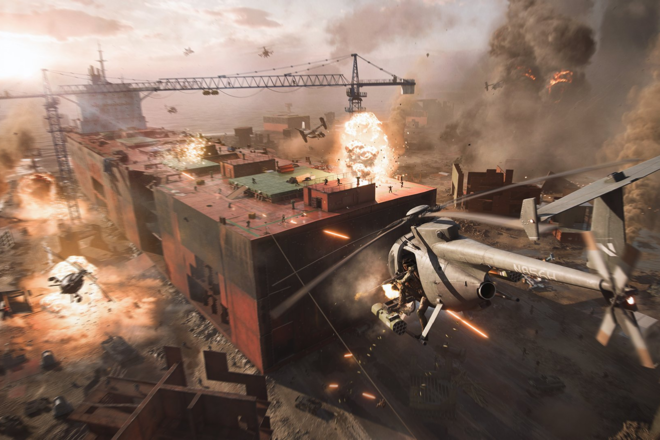 We know that we’ll see Battlefield 2042 on PS5 and Xbox Series X, and it’s going to take full advantage of the new graphical capabilities of those consoles. Dice has long been a specialist in eking out spectacular graphical fidelity from consoles, so Battlefield 2042 is looking like an envelope-pusher on the graphics side of things, and indeed in the realm of sound design too.

Reassuringly, we now know that there will be full cross-progression support and crossplay. This means that any cosmetics or items you buy on one platform will carry over to the others, which we love.

On the crossplay side, Dice says it’s aiming to let console players and PC players play on the same servers, although console gamers on the older generation of devices will be limited to each others’ games due to map sizes. However, importantly, console players will be able to opt out of crossplay with PC gamers, letting them avoid any risk of cheaters or opponents with graphical or performance advantages.