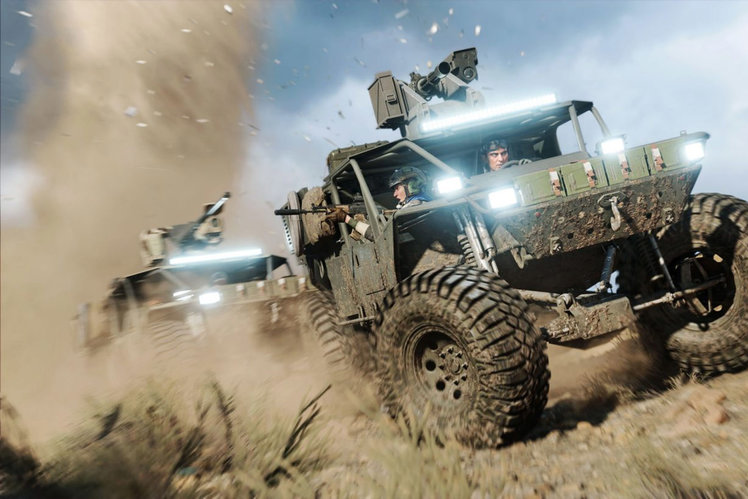 It’s been too long. Since Battlefield last gave us a modern setting some eight years have passed. And while its forays into the First and Second World War were immersive and rewarding in their own ways, it’s a relief to have another modern competitor.

Battlefield 2042 goes further, in fact, with a near-future setting that lets it have free rein on the technical side. This is a beautiful multiplayer-only package, but there are plenty of rough edges here that will take some getting used to.

Back in the days of the Xbox 360 and PlayStation 3, EA looked at Activision’s spoils from Call of Duty and decided that Battlefield games needed single-player campaigns with which to compete.

Those days are gone – for the first time in ages, Battlefield 2042 is a multiplayer-only offering, ditching the single-player storytelling entirely. It’s a change that might disappoint some, but we’re not too animated about it. If ditching the campaign let the developers cram in an extra map or two, we’re all for it.

That said, BF2042 nonetheless offers a fairly slim package at launch. Its core mode, All-Out Warfare, has just seven maps on offer. Of course, they’re simply huge playgrounds that, on next-gen consoles and PC, can host up to 128 players. Still, it’s only seven maps all the same.

It’s the third mode, Portal, which will be a huge factor in proving the game’s value. It’s got six more vintage Battlefield maps at launch, with more to come, and lets players choose rules of their own to create custom games. 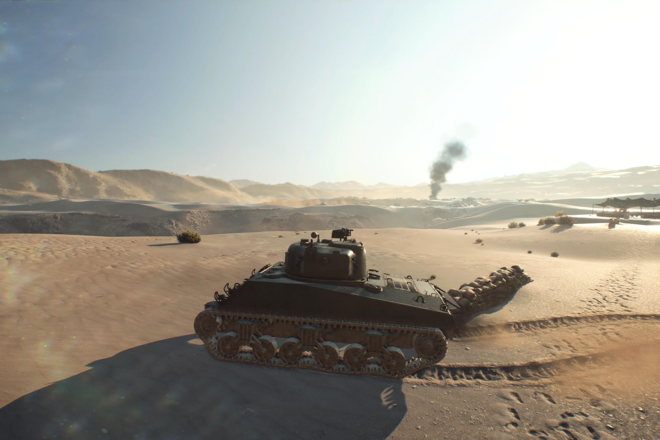 Predictably, this was immediately flooded with XP-farming modes, but there are also plenty of kooky and interesting servers to try out, alongside throwbacks to the simpler days of older Battlefield games. It’s a system that might well become the lifeblood of 2042.

While seven new maps isn’t the biggest total, it’s easier to accept when you actually drop into them and see how ludicrously good they can look. With dynamic weather that, unlike previous Battlefield games, isn’t just tied to an in-game timer – whether you’re in the Qatari desert of Hourglass or the icy Antarctic heights of Breakaway – there’s a great variety to how each map can look.

In their default weather they’re beautiful enough, with superb lighting that gives each a real flavour and a massive scale that can almost be overwhelming. When a storm rolls in, though, things get truly frantic, with winds and rain whipping around and the chance of a major weather event forming a tornado or sandstorm. 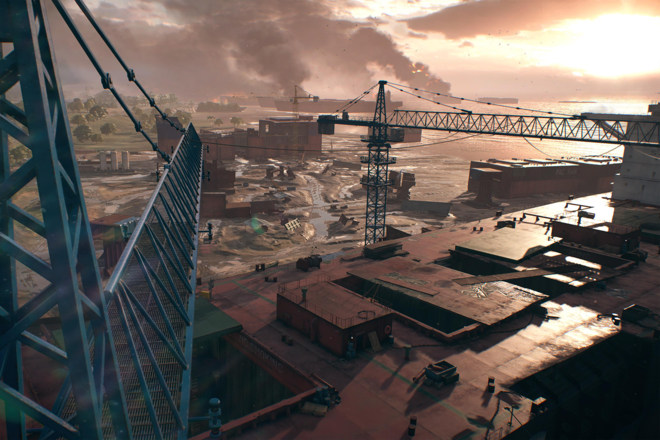 These don’t come around all that often but when they do they magnetise your attention, stripping the ground of loose material and vehicles, chucking players and detritus alike far into the air. They’re unlike anything we’ve seen in a multiplayer game before, in short, and don’t get old at all – albeit you’ll get familiar with their effects and how to counteract them pretty promptly.

That said, while the maps all look superb, more than one of them is a bit prone to scale issues. With multiple maps that are bigger than the franchise’s previous record-holder, there are plenty of areas that simply feel a bit empty.

With a vehicle drop-in system to help you get around, that’s not always a huge issue from a movement point of view, but when firefights do break out in-between points of interest they can be a little lacklustre tactically.

Similarly, 2042 can’t quite shake the old Battlefield problem: sometimes you’ll die and the only option for a respawn will send you acres away from the fighting, and if there are no vehicle slots available you’ll have a long and boring trudge on your hands to get back to the battle. More unarmed vehicles like quad bikes and jeeps would help with this a bunch. 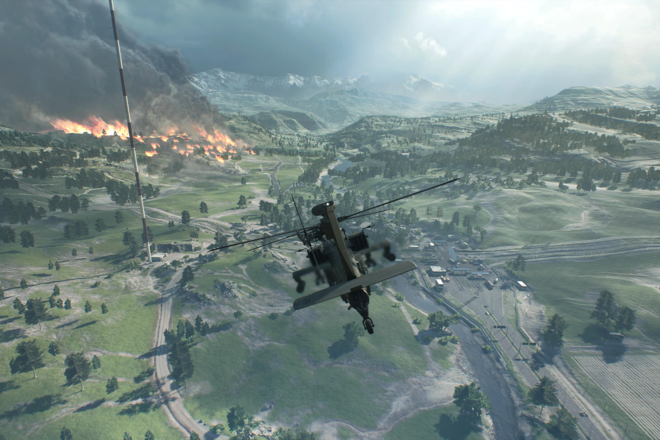 We’re also a little disappointed by a sound mix that is noticeably less clear and impactful than previous Battlefield titles, which were class-leading for our money. Things are a little weak at present, so we’re hoping developer Dice will be able to further tune this post-launch.

The maps’ scale isn’t the only thing that’s changed: Battlefield 2042 might be continuing the game’s multiplayer focus, but it’s brought some fairly huge changes to the core formula too.

The biggest is the disappearance of team roles: the old classics of Medic, Assault, Engineer and Scout are gone, replaced by a specialist roster. These new characters each have unique abilities, like a projectile healing gun, grappling hook or drone, but there are no limits on what weapons they can equip. That means you can build a self-healing sniper or an ammo-box dropping anti-air specialist.

We don’t have a huge issue with this in terms of balance, thankfully, but visually its early results are disappointing. With 10 specialists to choose from and only a few distinctions according to what ‘side’ of a fight you’re on, you’ll come across players with identical skins to you pretty much constantly. 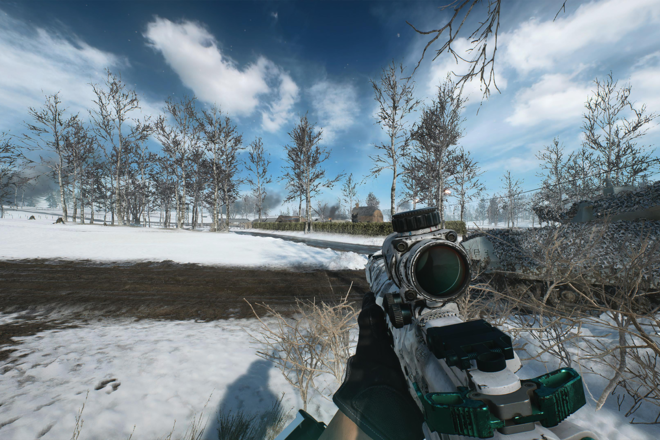 Many people had issues with the over-the-top customisation of soldiers in Battlefield V, but this feels like an over-correction that leads to doppelgangers on enemy teams shooting you with the exact same skin you’re using.

As more skins are earned the effect will potentially diminish, but it’s a disappointing early note – and we’ve been playing for two full weeks at the time of publishing this updated review.

On the flip side, a new weapon customisation system is extremely rewarding. BF2042 lets you change your weapon attachments on the fly, bringing up a display to quickly swap bits out to, say, equip a short-range barrel and silencer to infiltrate a building, before going loud once you’re in control.

It’s really freeing and you’ll use it all the time, to the point where other shooters feel restrictive once you’re accustomed to it. This freeform player customisation gets blended into a more traditional Battlefield setup – swathes of infantry fighting over areas of a map, supported by strategically placed vehicles. 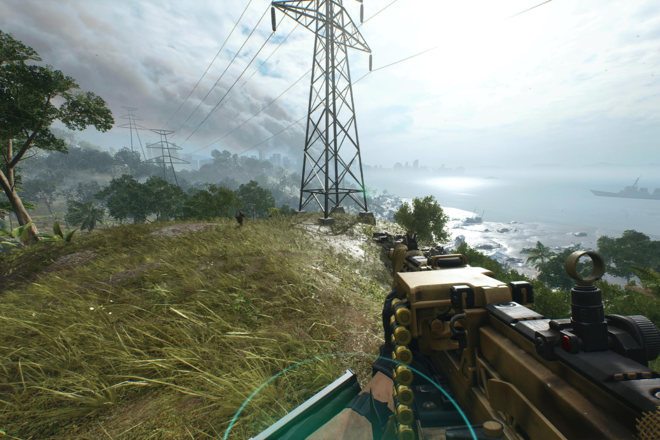 When you’re fighting to win a long game, with jets and helicopters veering around overhead and tanks blasting away, there’s nothing quite like Battlefield, and 2042 thankfully has that chaotic fun in spades.

In one match, we sniped a pilot out of their jet from atop a radio tower, base-jumped to replace them in the front seat, before flying across the map to crash-land and go after the next important control point. It’s in moments like these that Battlefield 2042 absolutely sings.