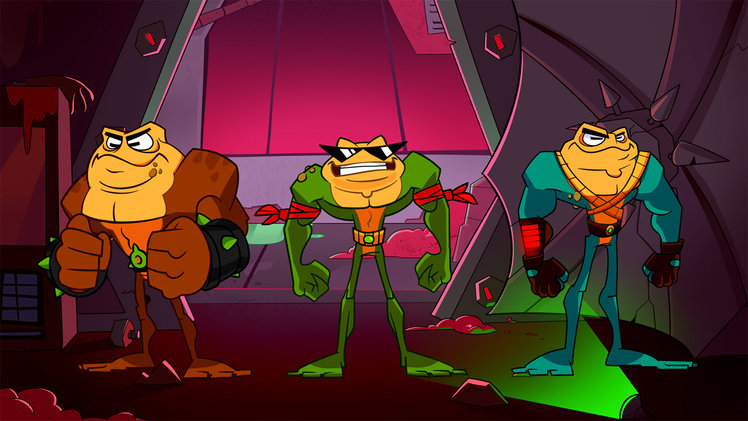 In 1991, Rare Software was about to embark on an almighty roll which would see it hailed as one of the world’s finest developers. Before it created masterpieces like Donkey Kong Country, Killer Instinct and GoldenEye 007, Battletoads played a key part in establishing that reputation.

Originally conceived as a British riposte to Teenage Mutant Ninja Turtles, Battletoads majored on beat-em-up gameplay, but cleverly incorporated elements of puzzle-platforming and other games genres popular at the time.

Now, with Rare Software’s blessing, developer Dlala Studios has reimagined Battletoads for 2020, coming up with what feels like a labour of love.

While remaining true to the multi-genre nature of the original – and its solid core of beat-em-up gameplay – Dlala has cleverly expanded Battletoads’ remit so that it feels like nothing less than a homage to 1990s gaming as a whole.

As in the original, Battletoads follows the dubious fortunes of three Battletoads – Rash, Zitz and Pimple – as they fight their way through adversity – very much like those Teenage Mutant Ninja Turtles, even as far as banter-style dialogue clearly designed to appeal to a teen audience. 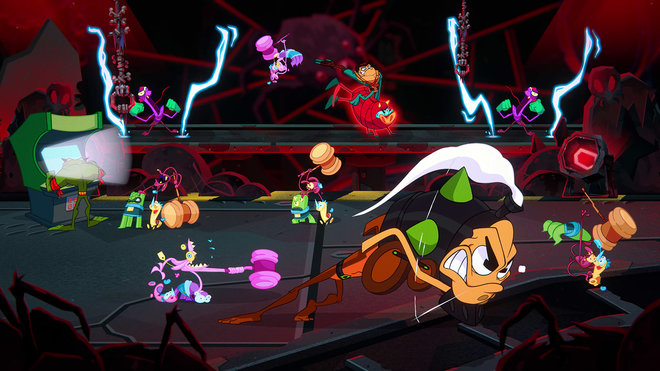 As the three green amigos embark on a madcap quest, Battletoads takes a while to introduce the core elements of its beat-em-up engine, which will strike a chord of familiarity among those who played Dragon Ball FighterZ, for example.

Battletoads’ beat-em-up element is fairly simple – epitomising such games from the 1990s, which many would maintain was their golden age – but hugely satisfying. It’s all about pulling off the right moves at the right time, and chaining those moves into combos. The moves you get are spectacular, and you can switch between the three Battletoads at any point. 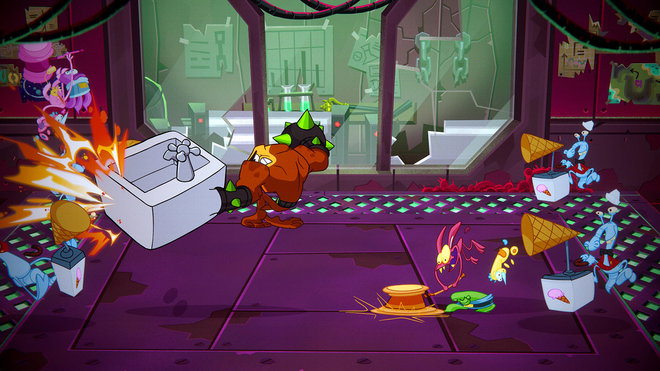 Pimple is the slow-moving tank with a devastating punch – perfect for finishing off enemies that have been softened up. The other two are pretty similar to each other, albeit with different special moves – some, such as the ability to transform into a diving shark and scatter clusters of enemies, or to bounce up and down on a pneumatic drill, will still have you giggling when you’ve launched them 1,000 times.

You’re usually beset by large amounts of enemies of different types, so must employ an arsenal of moves, including the ability to spit a sticky substance which temporarily immobilises enemies, suck in health-giving flies, and short-teleport away from incoming missiles.

Three-player couch co-op lets any local friends drop into the action at any time. 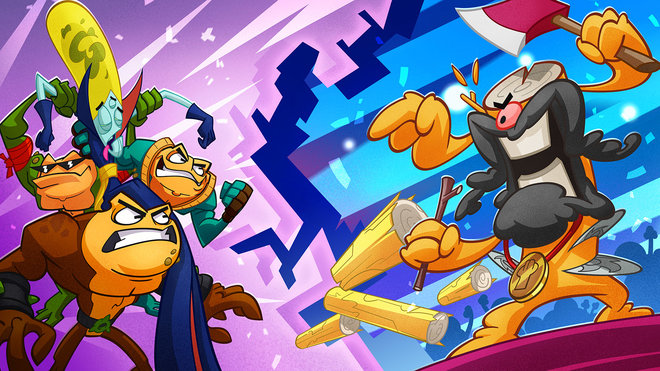 Battletoads’ beat-em-up sequences are, simply, fabulous – the feel and responsiveness are second to none and, naturally, there are plenty of epic mini-boss and boss encounters.

But there’s plenty to Battletoads besides the frequent beat-em-up bouts. As you make your way through its levels, you frequently encounter door-opening puzzles and targets which you can spit at, often yielding collectibles. 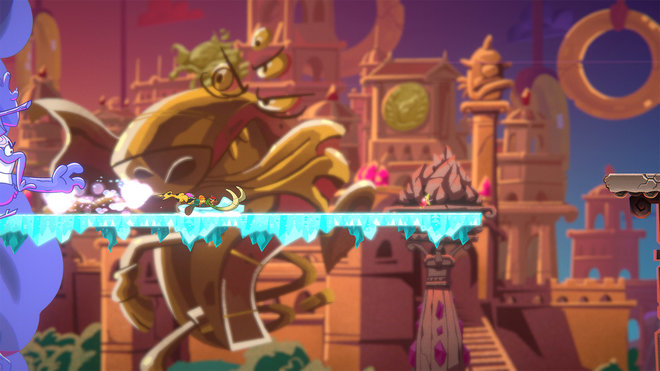 Sometimes, according to what is happening the story, those lead to outbreaks of varied gameplay, including Crash Bandicoot-style into-the-screen endless running, classic 90s-style twin-stick shooting (naturally, the Battletoads head into space), collections of mini-games and conventional platforming.

Plus there is a long minecart sequence which adds a clever spin, in that you must launch different grinds according to whether you’re jumping onto a surface made of carpet, ice or foam. 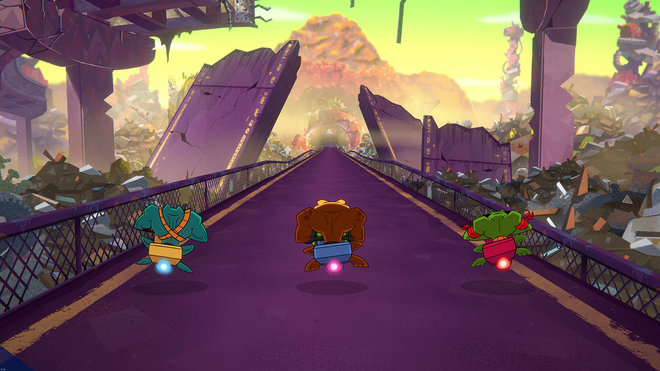 In keeping with the original game, the difficulty level of all those outbreaks of varied gameplay is pretty high – usually brutally so as you approach your goal. You can cheat to an extent, by enabling an invincibility mode which can be triggered once you have died enough times.