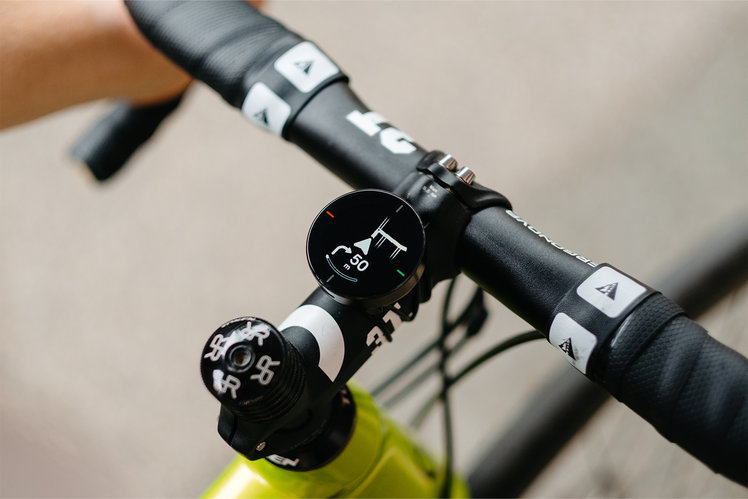 London is many things, but an easy city to cycle around is not one of them; labyrinthine streets and one-way systems mean that neighbourhoods you’re not used to can be hazardous on a bike.

A handlebar-mounted GPS, then, could be a great addition – but not every cyclist craves the typical bike computer, which often includes an array of intimidating metrics and stats.

That’s where the Beeline Velo 2 comes in, offering a clean and easy alternative to the options from the likes of Garmin and Wahoo. And we’ve been putting it through its paces to see how it stacks up. Here’s our verdict.

The Beeline Velo 2 looks as simple as they come – a round puck that sits on your handlebars when in use, slotting into a sturdy mount that comes right out of the box.

You can slot it into and out of that mount nice and easy, but it stays there without any fear of dropping out. 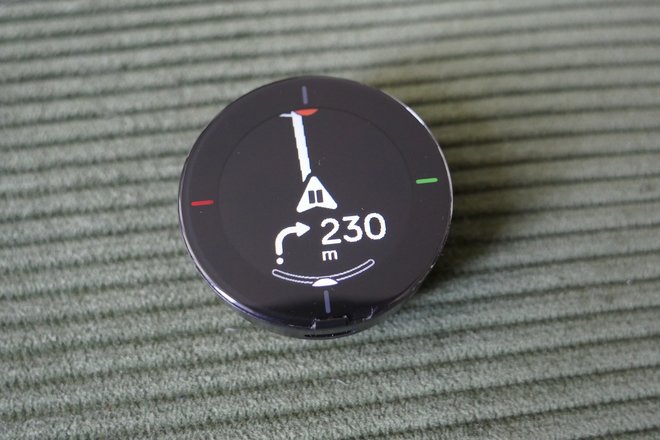 The Velo 2 itself is all plastic, but it’s weatherproofed so that you don’t have to worry about riding in the wind and rain. It’s also substantially smaller than the first version.

It features a bright and readable black-and-white display that easily shows glanceable information while you ride, including details on your speed, the time elapsed or a more in-depth navigational view.

Bike computers can be fiddly, full of buttons and with screens taken up by metrics and figures, but this is the opposite end of the scale – it’s clean and simple in a way that is ideal for less enthusiastic bikers. 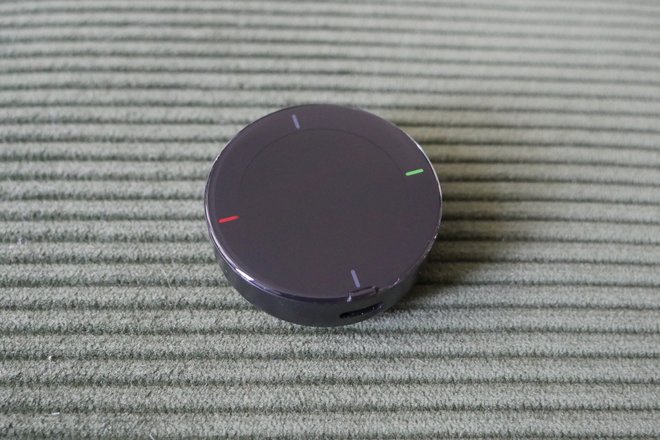 It’s also got a really clever system for actually changing screens and moving through menus. The display can be pressed in four separate spots, with each effectively acting as a button, and this is a much easier solution than traditional round pushers.

Admittedly, it’s not perfect, and you can sometimes struggle through menus while you’re on the move, but it’s still a really intelligent system given the size and shape of the device.

A navigational device’s design is arguably secondary to how it feels to use, though, and, thankfully, that’s the real key to the Velo 2’s success.

It’s a simple process. Once you’ve paired it the first time, you just turn the Velo 2 on, slot it into its mount and then turn to your phone. 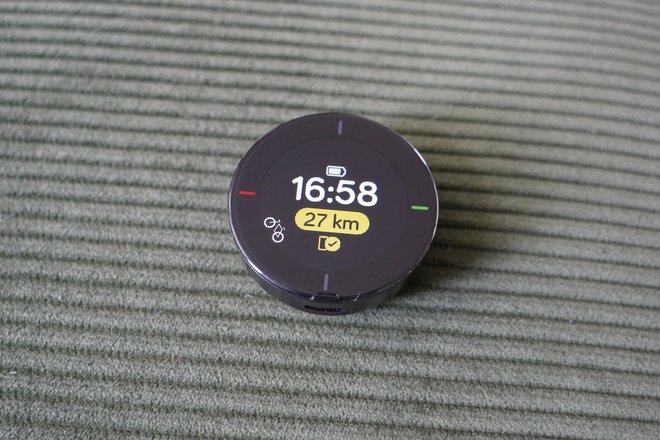 Set a route using the Beeline app (which is as simple as it would be on Google Maps, for instance), and you’ll be offered a few options.

One will be the most direct route, another will be much quieter and a bit slower, while a third will balance those two needs against each other.

These routes work really well for their intended purpose, and we quickly found ourselves on routes to familiar locations that were far more pleasant to cycle, thanks to the quiet option. 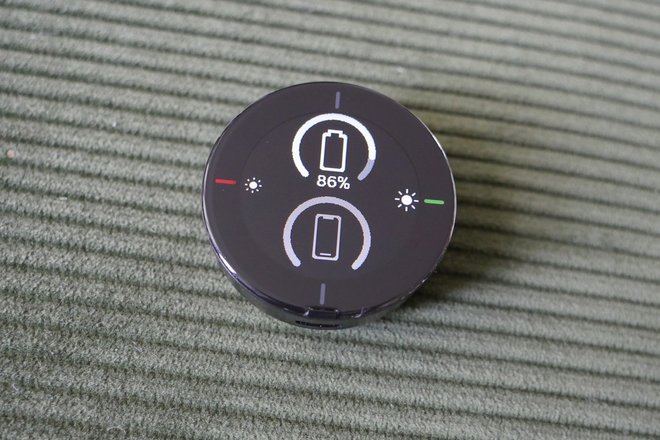 Turning back to the Velo 2 itself, as you cycle you can let it display a few different things, including a compass view that simply points you to your destination as the crow flies.

The best of these screens is the default option, though, which is an easy-to-read map view that shows exactly where you are and makes it simple to see where your turnings are.

You’ll get a set of beeps to let you know when you’re getting near to your next turn, which is incredibly handy, and it all works with a simplicity that we really appreciate.

As we mentioned above, weatherproofing means that the Velo 2 is reliable in adverse conditions, but its battery life also means you can count on it for long rides. 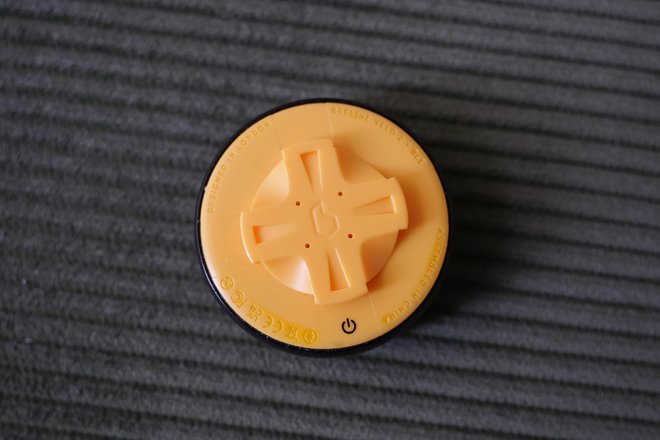 An 11-hour maximum while riding is really impressive for such a tiny device, and Beeline says it’ll retain its charge for up to 18 months while on standby.

While the in-use figure has tallied, we’ve had a couple of occasions where we’ve tried to turn it on only to find the battery drained, despite being off. This could be a hitch with our very early unit, but it is a slight duff note.

Recharging is simple, however, thanks to a USB-C port (none of the Micro USB nonsense that plagues more affordable devices), with 30 minutes of charging yielding just over two hours of riding time. 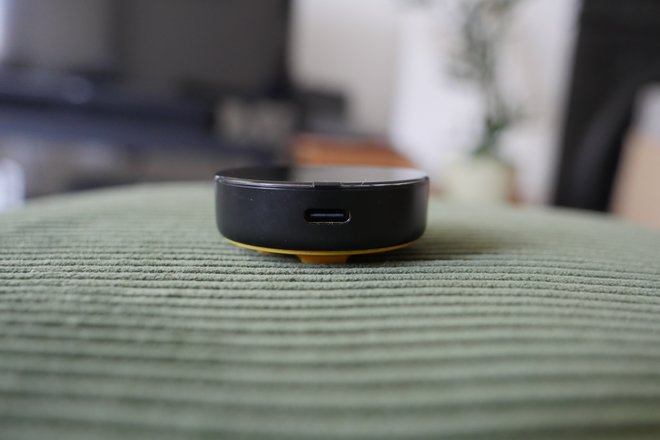 Pairing the device with your phone is easy enough the first time, too, and completely automatic after that. We never had an issue with that connection.

This is a tethered experience, though, which is likely a big reason behind the affordable price tag. You won’t get far without your phone in your pocket, with it relied upon to drive the navigation.

Once you’re done with a ride, you can easily sync it to Strava, and GPX route-sharing means you can easily send the exact route you rode to friends or family, both of which will be appreciated by those who know plenty of cyclists or ride in groups.

That GPX feature also means that you can import a route to ride – again enhancing the Velo 2’s ability to support both complicated and simple navigational plans.