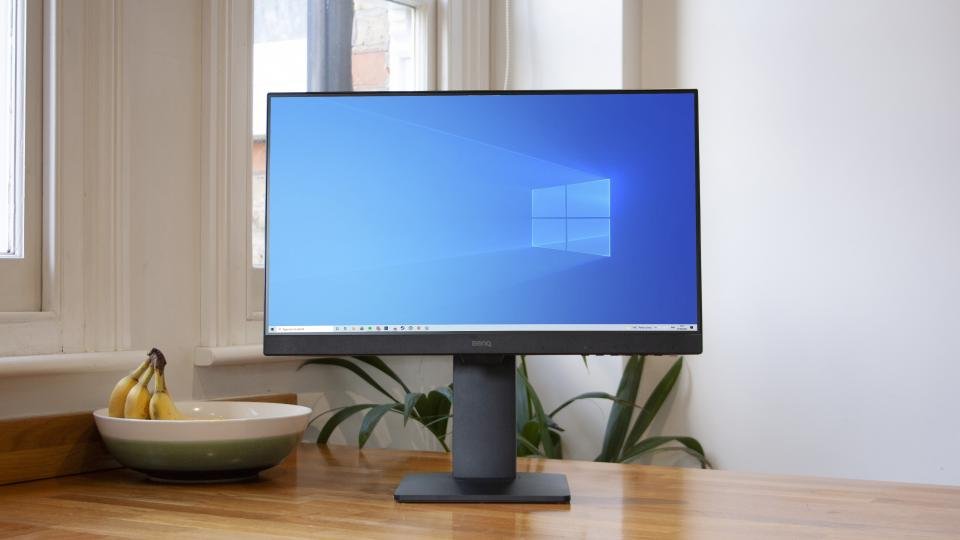 This 24in 1080p monitor isn’t perfect, but there’s simply no arguing with the price tag

The BenQ GW2485TC is a small office monitor with a big party trick. It’s capable of transmitting a video signal as well as receiving one, which means you can connect a second compatible monitor to form a daisy-chain arrangement and reduce video cable clutter beneath your desk.

That’s not all the GW2485TC is good for, however. With a fully adjustable stand, a decent panel and a USB-C port, this monitor could be the very thing you need to complete your home office upgrade.

BenQ GW2485TC review: What do you get for the money?

The BenQ GW2485TC launched at £200, although with the current bloating of monitor prices you’ll be hard-pressed to find it quite that cheap at major retailers. For the money, you’re getting a 24in IPS panel with a resolution of 1,920 x 1,080, a refresh rate of 75Hz and a quoted response time of 5ms G2G. It doesn’t support adaptive sync technology. 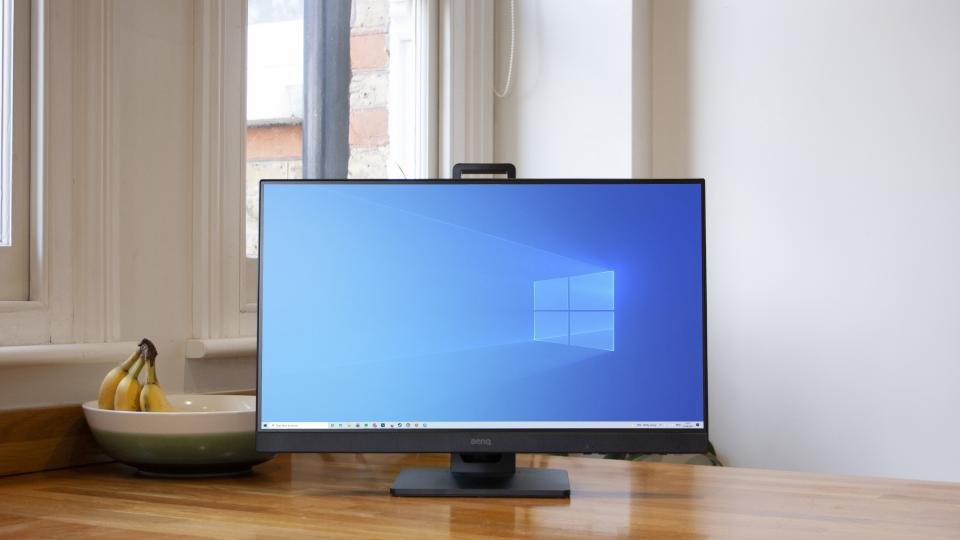 The port arrangement is a little unusual: on top of the single HDMI 1.4 port and DP 1.2 port, you’ve also got one upstream USB-C port capable of carrying a video signal and delivering up to 60W of power simultaneously, and a DP 1.2 “out” port with Multi-Stream Transport (MST) or “daisy-chaining” capabilities. That’s not the only unusual feature, either: the GW2485TC has a built-in microphone – usable when you’re connected over USB-C – and an ambient light sensor that juts out below the screen and adjusts the backlight to match the environment.

This atypical panel is mounted on a stand that supports all four major adjustment options. That’s 130mm of height adjustment, 90 degrees of pivot into portrait mode, 45 degrees of swivel left/right and 20 degrees of backwards tilt. You’ll find a power cable and a USB-C to USB-C cable alongside various guide documents in the box.

BenQ GW2485TC review: What do we like about it?

What’s immediately clear is how much of an improvement the GW2485TC is over its spiritual predecessors, the GL2480 and GW2475H. This monitor is a touch more expensive than either of those, but it’s immediately clear where the money is going: the bezels are slim, the stand is tastefully minimalistic and the rear of the panel is textured with a surprisingly classy cross-hatch pattern.

It’s sturdy to the touch but weighs a paltry 6.2kg, meaning you can pick it up (via the handle built into the stand) with relative ease.

The stand is another huge improvement, particularly when you compare it to the pretty grim non-adjustable one on the two monitors I mentioned above. Offering all four major adjustment options is an absolute must in my book, and I’d always urge a potential buyer to spend a little bit more on a monitor with such a stand if they can.

A decent built-in mic and USB-C are welcome additions as well, but it’s the daisy-chaining feature that really grabbed my attention. The ideal scenario? String two GW2485TCs together using a DisplayPort cable, maybe even mount them on an aftermarket VESA arm mount, and you’ve got a versatile alternative to an ultrawide monitor for any modern laptop or PC with USB-C, DP or HDMI. 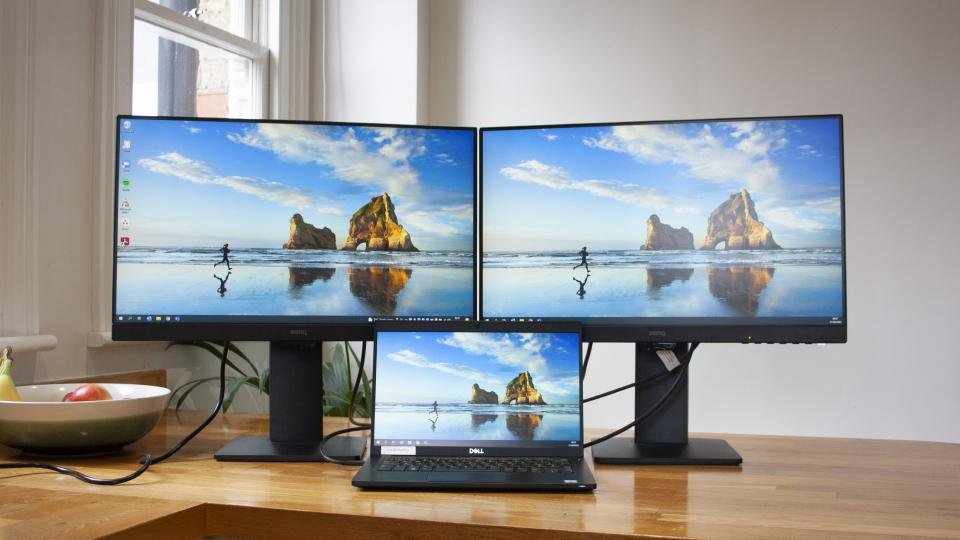 Of course, if you’re going to invest in two of the same panel, they need to provide good image quality. The BenQ GW2485TC generally delivers pretty well in this regard, producing 98.5% of the sRGB colour gamut right out of the box. I measured an average Delta E of 2.19 in the Default mode, which dropped to 1.74 when I switched to the dedicated sRGB mode. These numbers are decent for the price and they tell us that the GW2485TC produces accurate colours.

There are a few other results worth noting here. Peak luminance (brightness) exceeded BenQ’s claims, reaching 272cd/m² rather than the quoted 250cd/m². Contrast was also a touch higher than quoted at 1,165:1. You’ll have no issues with a dim, washed-out screen here.

BenQ GW2485TC review: What could be better?

What you might notice, however, is that the screen doesn’t have the best vertical viewing angles. This is caused by an above-average amount of IPS glow: when you move up and away from the screen, a glow becomes visible as if the panel were reflecting a bright light. It’s not distracting when you’re using the monitor by any means, but it’s worth pointing out all the same. 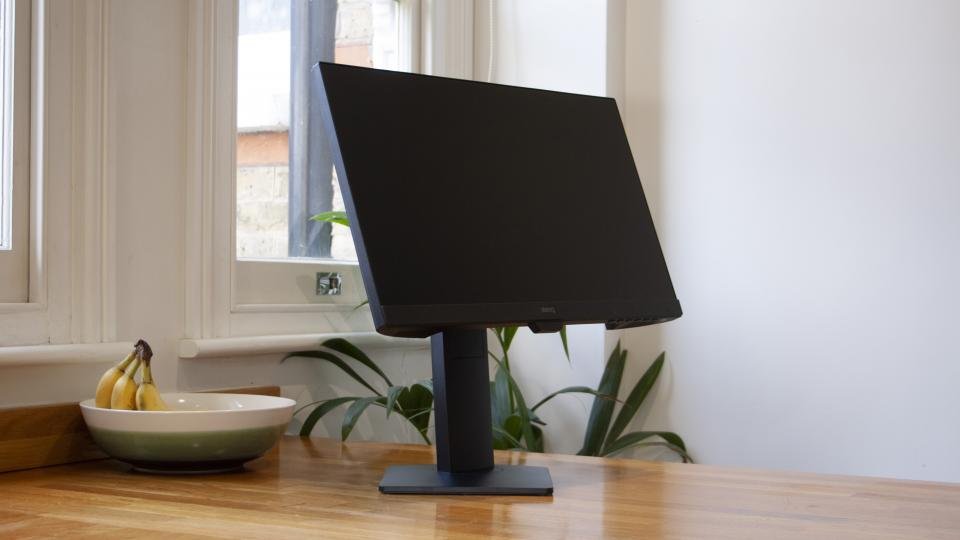 This panel also has a slight tint to it, either reddish or bluish depending on the colour preset you choose. The GW2485TC aims for a perfect, natural 6500K but consistently undershoots or overshoots a little, and the colour temperature controls in the OSD do little to help.

On the topic of the OSD, I’m not a huge fan of the button navigation system BenQ has in place here and would prefer a joystick. I had no major issues navigating the OSD, to be fair – it’s just a bit annoying to have to stab at buttons until you find the one you need. 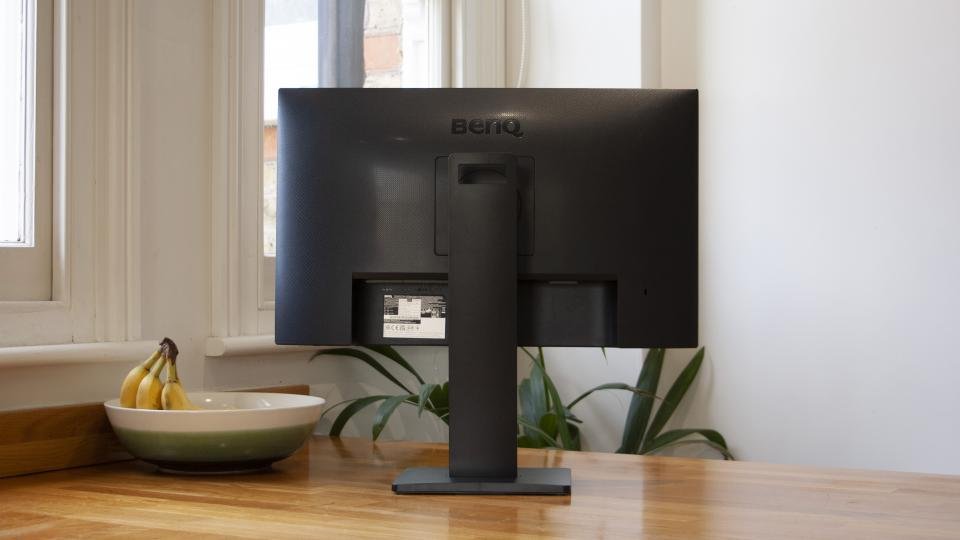 My final bugbear is that the GW2485TC doesn’t have a USB hub, something I find particularly baffling given the presence of an upstream USB-C port. A handful of USB-A ports would have pushed this monitor out in front of rivals such as the Philips 243S1 (£330) on the features front.

BenQ GW2485TC review: Should you buy it?

Fortunately for BenQ, however, the Philips 243S1 is a fair bit more expensive than the GW2485TC. A £200 RRP pretty much defies belief for a monitor with specifications like this one, and that’s why the GW2485TC earns itself my recommendation; rivals might have the edge in terms of features and performance, but there’s simply no arguing with the price tag.