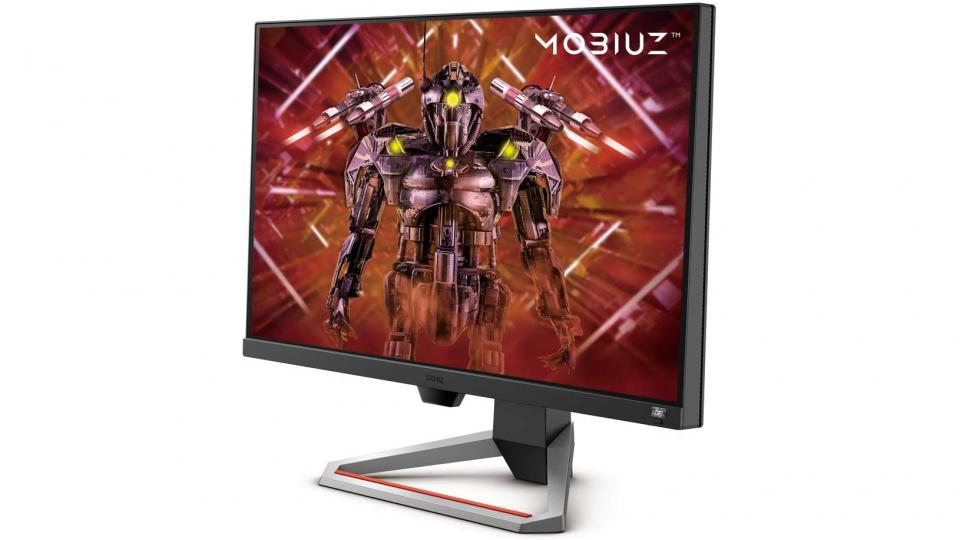 Colour accurate and packed with features, the Mobiuz gives gamers on a budget the best possible chance of achieving high frame rates

Monitors typically ramp up the resolution as the screen size increases but there is a family of monitors that buck this trend and the BenQ Mobiuz EX2710 is one of them.

Marrying a 27in display with a resolution of 1,920 x 1,080, the Mobiuz helps gamers on a budget gain higher frame rates without having to sacrifice screen size.

BenQ Mobiuz EX2710 review: What do you get for your money?

This monitor is packed with features, too. It has a refresh rate of 144Hz, support for AMD FreeSync Premium, a 2ms (GTG) rated response time and HDR10 400 support. And although other 144Hz 1080p monitors are available for less, the list price of £299 is still pretty reasonable, and likely to fall in due course.

That low resolution means it isn’t the best monitor for non-gamers for whom productivity is a priority. However, it does make it a good choice for gamers who can’t afford the latest, greatest cards from Nvidia or AMD. While text can look a little pixelated and fuzzy compared with 1440p and 4K monitors, in games it means you get higher frame rates out of middling graphics hardware.

It’s a nice-looking and well-built monitor, too. Slim bezels to the left, right and top contribute to a minimalist look and the angular stand cuts a dash on any desk. It has a triangular base, trimmed attractively with a strip of orange rubber running along the inside front edge and benefits from a decent amount of adjustability. 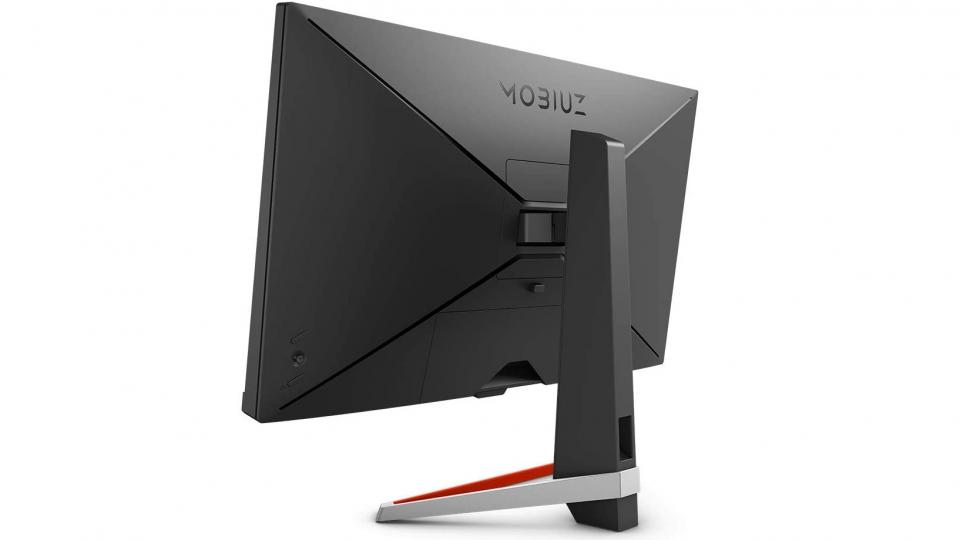 It won’t spin fully around into portrait orientation, but there’s a small amount of adjustment you can make to account for a wonky desk. And if this isn’t enough for you, then you can attach any standard VESA standard stand to the 100 x 100mm mounting points on the rear. It isn’t a heavy monitor at all at 6.2kg so you won’t have to spend much.

BenQ Mobiuz EX2710 review: What connections does it have?

Connectivity is the monitor’s weakest point. Not only is there no USB-C or video input but you also don’t get any kind of USB hub facility to make connecting peripherals more convenient.

All you get is two HDMI 2.0 and one DisplayPort 1.2 inputs, plus a 3.5mm output for connecting headphones. The latter is located along with all the other video inputs in the cubby hole at the rear and is tricky to reach. 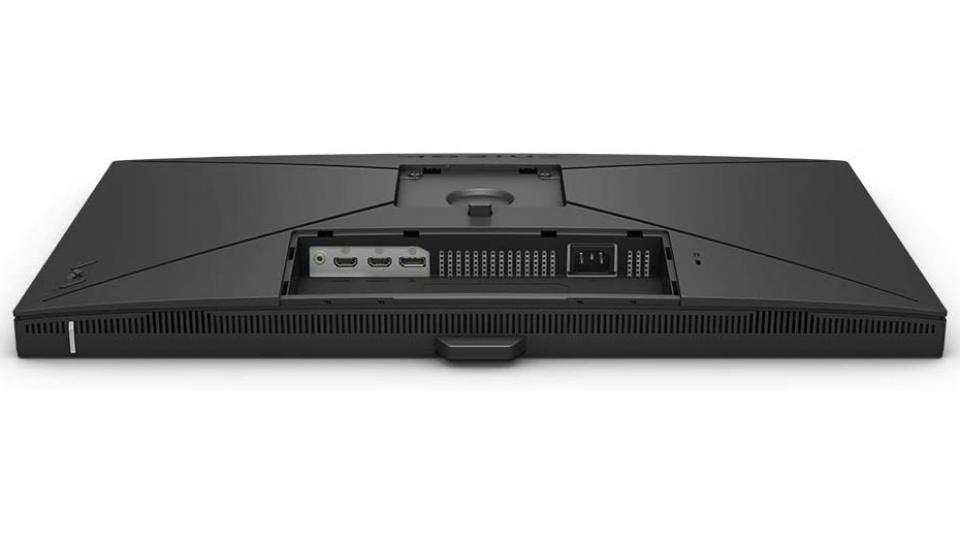 You don’t have to connect headphones since the monitor has built-in speakers but you won’t want to listen to use these for anything more than video calls and the odd bit of podcast listening; there’s no bass and they don’t sound particularly full-bodied.

On the plus side, the monitor does have a built-in power supply, so you don’t have the hassle of finding somewhere to stash an extra power brick.

The EX 2710’s OSD (on-screen display) is controlled via a small, clickable joystick located behind the screen at the bottom right-hand corner. It’s flanked by a power button below it and a quick input selector above it, while on the front there’s an HDR mode shortcut key.

Overall, it’s a pretty easy system to get to grips with and responsive, too, although its proliferation of profiles and quick settings can get confusing at times. 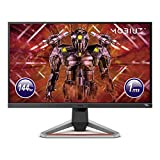 All round, image quality is pretty good. The resolution might be on the low side for creative tasks and productivity but if you select the sRGB colour preset from the menu you’ll be rewarded with a high-quality image.

In this mode, the Mobiuz achieved sRGB coverage of 94.5% out of a total volume of 96%, with excellent colour accuracy; an average Delta E of 0.8 is well beyond what I’d expect a reasonably priced gaming monitor to achieve. Peak brightness and contrast ratio in this mode are 296cd/m² and 913:1 respectively.

In the monitor’s Standard and the emulated HDR modes, you’re looking at a slightly wider gamut of up to 115% of sRGB and similar brightness and contrast numbers. That’s not enough to saturate the DCI-P3 colour space used by studios to master movies for digital cinema but it is enough to give games and movies a nice boost in vibrancy and dynamic range. 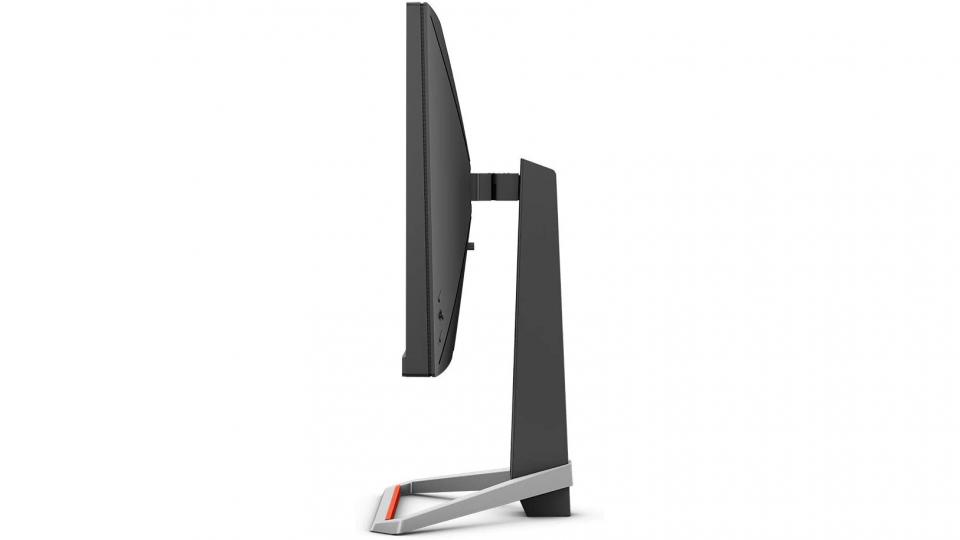 Enable HDR mode proper and you’ll see peak brightness rise to 380cd/m², which is what I’d expect to see, and the contrast ratio drops to 765:1, which isn’t. HDR works but it isn’t as impactful as it might be on a halfway decent HDR TV. Colour coverage falls off in this mode slightly, too, to 92.2% of sRGB (65.7% of DCI P3), so if you want the most vibrant image possible, I’d advise sticking to emulated HDR and disabling Windows’ HDR settings entirely.

It’s a similar story with the Game and Cinema HDRi modes. These add ambient light detection, adjusting the overall brightness contrast and colour temperature according to the ambient light in your room. It works to a point, with the Game HDRi oddly being the more neutral profile, but again is limited it what it can present by its limited peak brightness and overall fairly low contrast ratio. 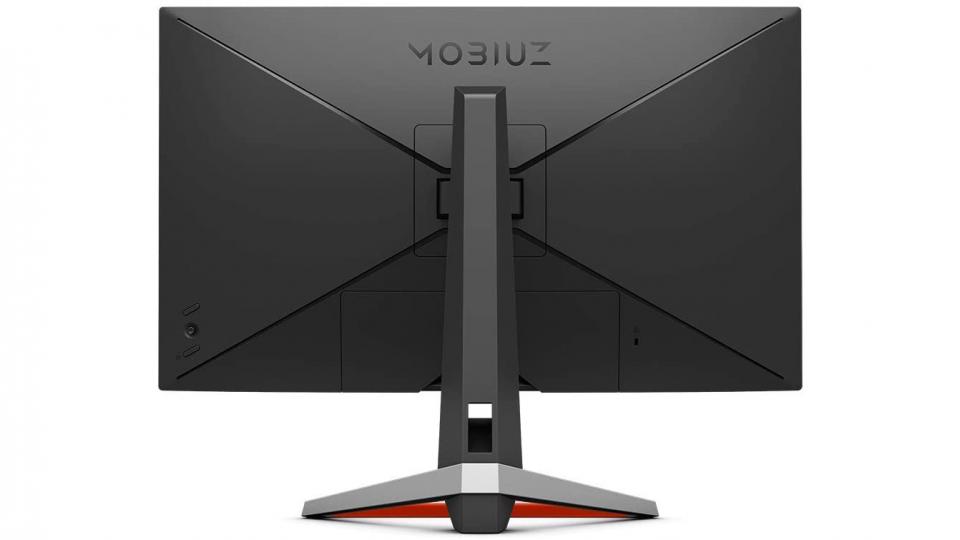 The panel handles motion well, though. There’s very little motion blur at 144Hz and if you boost AMA to its maximum setting of 3 (BenQ’s term for overdrive) you can nearly eliminate it – at the cost of a small amount of ghosting. Input lag is around 8.5ms (at 60Hz) in the centre of the screen with AMA turned right up so it should be able to keep up with your razor-sharp reaction times, too. It’s a responsive, smooth feeling monitor perfectly suited to high frame-rate gaming.

All in all, the BenQ Mobiuz is a very good option for those who want to game at high refresh rates on a bigger screen but without the frame rate penalty that 1440p displays impose.

At £299 it isn’t the cheapest around but with good build quality, decent sRGB colour accuracy and HDR10 400 capabilities it’s an excellent all-rounder.