Too many games, not enough hard drive space? Get more the easy way with a USB 3 external hard drive for PS4

Is your PS4’s internal hard drive holding you back? Would you like to have more games installed but lack the space to accommodate them? You’re not alone. More of us are buying our games digitally these days, and even those that ship on Blu-ray disc can install 50GB or more of files. Monsters like Red Dead Redemption 2 can consume up to 105GB of your precious hard drive, which is a problem when the standard model only has 500GB to play with, some of which is already occupied by system software. Even the 1TB hard drive of the PS4 Pro struggles when confronted with the files required by today’s most graphically-intensive games.

Of course, you can always replace your PS4’s existing internal hard drive with a higher-capacity 2.5in HDD – or even an SSD or hybrid drive if you wanted slightly faster loading times. However, you don’t have to switch drives just to get more capacity, as the PS4 also supports external USB 3 hard drives for use as extended storage. Just plug one in and you’re good to go. You don’t need to transfer any data or lose your existing space.

Looking for next-gen storage? Try our roundup of the best drives for PS5

How to choose the best external hard drive for your PS4

What should you look for in a PS4 hard drive?

Interface type: Any USB 3 drive of almost any size will work; 250GB is the minimum capacity and a whopping 8TB the maximum. Neither the PS4 nor PS4 Pro support USB 3.1 gen 2 or USB Type C, so don’t worry about spending extra on a drive that sports these newer interface standards.

Portable or desktop? For convenience’s sake, we’d recommend going for a portable external hard drive. The portability isn’t actually that useful, but the one USB 3 connection will handle both data transfer and power, so you won’t need an external power supply.

Right now, there are only two reasons to choose a desktop external hard drive. First, they can run to larger capacities: even the biggest portable drives max out at 5TB, while desktop drives go up to the full 8TB maximum capacity. You’d have to have a massive games library, though, to make that a deciding factor. Otherwise, some desktop drives have a 7,200RPM spindle speed, where portable drives usually only manage 5,400RPM. This can mean slightly better performance, and slightly shorter loading times.

Anything else? Drives have to be connected directly to your PS4 – not a USB hub – so make sure you have a USB 3 port available. Both the original PS4 and the newer PS4 Slim have two USB 3 ports at the front, while the PS4 Pro has an extra USB 3 port at the back. You’ll need one free to connect and charge controllers or connect the PSVR control unit, so bear this in mind.

How much storage space do you need?

You can only have one extended storage drive connected to your PS4, so you really want the biggest drive you can afford. Games these days can eat up vast amounts of storage space, so unless you’re exclusively planning on playing Fortnite or Minecraft, you’re going to need a large external drive.

Here’s a look at some top-selling games for PS4 on Amazon, and how much room they take up on your hard drive (including low-storage games such as Fortnite, for reference):

1TB is a sensible minimum, but we’d suggest going for 2TB as there’s not a vast price difference between the two and you’ll have enough space for a pretty sizable games library. However avid gamers might want to jump straight to 4TB. You’ll have enough space to download free PlayStation Plus games and take advantage of those tempting PlayStation store special offers, while still spending less than £100 on the drive itself.

Is it worth spending extra on an SSD?

Simply using a conventional external hard drive can speed up loading times. On the PS4 Pro, for instance, we’ve seen the time taken to load a saved game from the title screen in God of War reduced from 45 seconds to 41 seconds just from plugging in Seagate’s PS4 Game Drive – and that’s not the fastest USB3 HDD by any means.

However, there are more significant speed gains you can get from using an SSD. With a SanDisk Extreme Pro connected, the God of War saved game loaded in just 32 seconds. Loading a Horizon: Zero Dawn saved game took 59 seconds with the Seagate Game Drive but 26 seconds with the SanDisk external SSD. That’s a lot less time spent looking at the loading screen, and it can really make a difference in games that pause to load new areas or in games where frequent deaths and reloads play a major role (like your average Dark Souls).

If loading times really drive you crazy, then our recommendation would be to splash out £100 on an internal 2.5in 1TB SSD and fit that inside your PS4, then use an external drive to store most of your games library. You can easily move games between internal and external storage, meaning you can run the games you’re playing now from the faster SSD and keep your other favourites on the external HDD for when you want to play them.

If you’re looking for a simple, slimline portable drive, Seagate’s Expansion USB 3.0 Portable is hard to beat. It’s got a sleek design with a cool, textured finish and good performance. In previous tests, we’ve measured sequential transfer speeds of 125MB/sec read and 127MB/sec write, with random read/write speeds of 1.44MB/sec and 1.42MB/sec, making it one of the best options for shorter loading times outside of an SSD or hybrid drive. It’s a solid, reliable and whisper-quiet drive, and the ideal way to increase your console’s capacity without splashing out much cash.

If 4TB isn’t enough for your massive games collection, then Seagate’s Expansion Desktop drive will give you the additional capacity you crave. It comes with 8TB of storage – the maximum the PS4 can cope with – and while it doesn’t have the 7,200RPM spindle speed of some desktop drives, it’ll still give you better performance than your average portable drive. In fact, its 160MB/sec transfer speeds will shave a few seconds off the loading times of demanding PS4 titles. True, you don’t have the convenience of a single cable for data and power but, to compensate, you do get a far higher capacity for your money, costing less than some 4TB portable drives. If your games library keeps on growing, this is the drive you want plugged into your PS4. Just make sure you don’t power it off when your PS4 is active – your console won’t like it one bit.

Western Digital’s Black line of HDDs has always had a good reputation with PC gamers, but this is its first foray into the console gaming world. Not only do you get rugged build quality and a cool, industrial design, but you have more choice when it comes to capacity, with 5TB drives available for just over £100. If you don’t mind setting aside a mains socket, the P10 also comes in larger 8TB and 12TB sizes as a desktop hard drive.

Meanwhile, performance is on par with WD’s MyPassport Ultra drives, with sequential read/write speeds of 133MB/sec and 129MB/sec – not bad given that it’s a fast drive and the P10 is actually cheaper. Factor in that it’s also more affordable than Seagate’s and WD’s PS4-specific drives, and the WD_Black P10 is a gaming drive that’s worth the little extra.

Both Western Digital and Seagate manufacture gaming drives for Xbox One and PS4, which mean that they’re designed to complement your console, for which you’ll pay a small premium. There’s no real benefit in terms of easy setup or performance, but WD’s textured top and bottom panels, and the blue edge, replicate the colours of a switched-on PS4. Stick it on top of your PS4 or Pro and it’ll blend right in with the hardware. Speeds are in the same ballpark as the regular MyPassport (available for £15 less), but if you’re proud of your PS4 then this is one drive you won’t want to hide behind it. 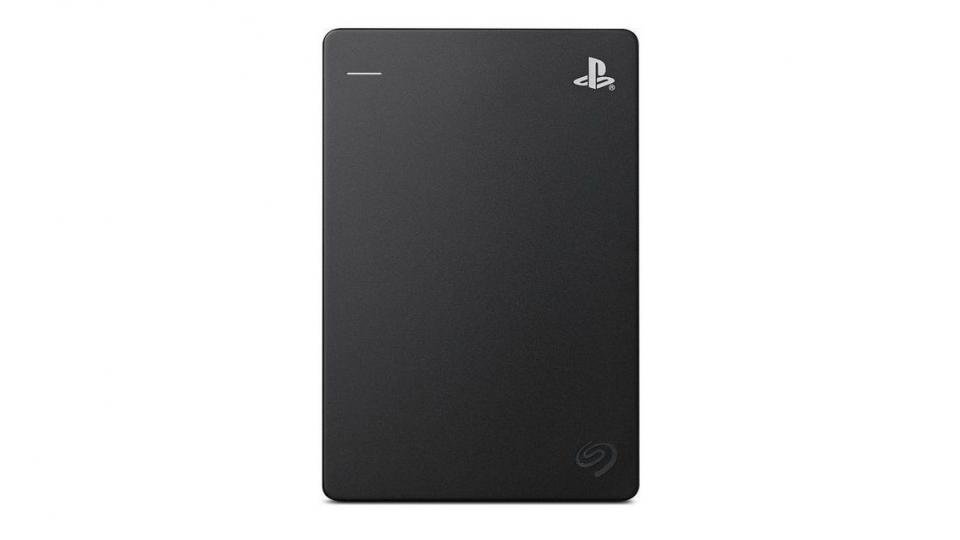 Seagate’s PS4 Game Drive is officially licensed and bears the PlayStation logo, and Seagate claims that it uses the same firmware as the PS4’s internal drive to ensure that it’s optimised for the console. Its other plus is that it includes setup instructions, though there’s nothing there that 30 seconds’ work in Google wouldn’t reveal – it’s a very easy process. Performance isn’t anything special – it’s roughly the same as the Expansion listed above – and the 2019 version seems to stop at 2TB; the 4TB version you’ll see on offer is last year’s model. Still, it’s a solid, ultra-slim and reasonably speedy drive, guaranteed to work specifically with PS4. 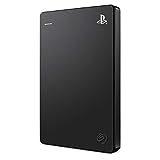 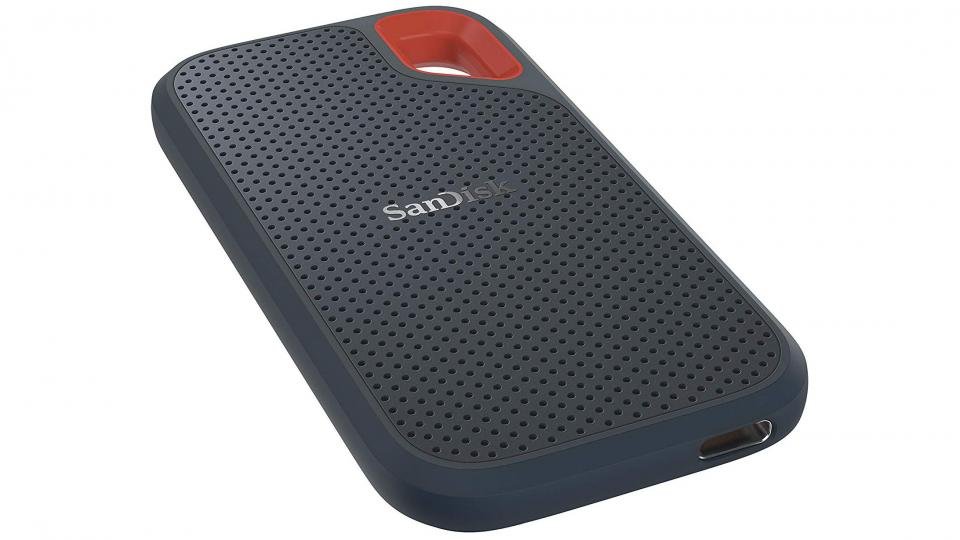 The SanDisk Extreme makes a great PS4 SDD; it’s relatively cheap by SSD standards, but also fast, rugged and reliable. With maximum read/write speeds of 442MB/sec and 497MB/sec over USB3, it’s going to cut down your loading times on even the biggest games dramatically. On games like Assassin’s Creed: Odyssey and Horizon: Zero Dawn loading times were cut by more than half. And while there are faster SSDs available – including SanDisk’s Extreme Pro, which we also tested – they’re significantly more expensive and you’ll only shave a second here and there. We’d still recommend using an internal SSD while using an external HDD to store your games library, but if you’ve got the desire and the money to go down the all-SSD route, this is the drive to do it with. 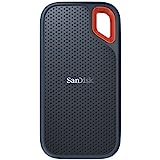