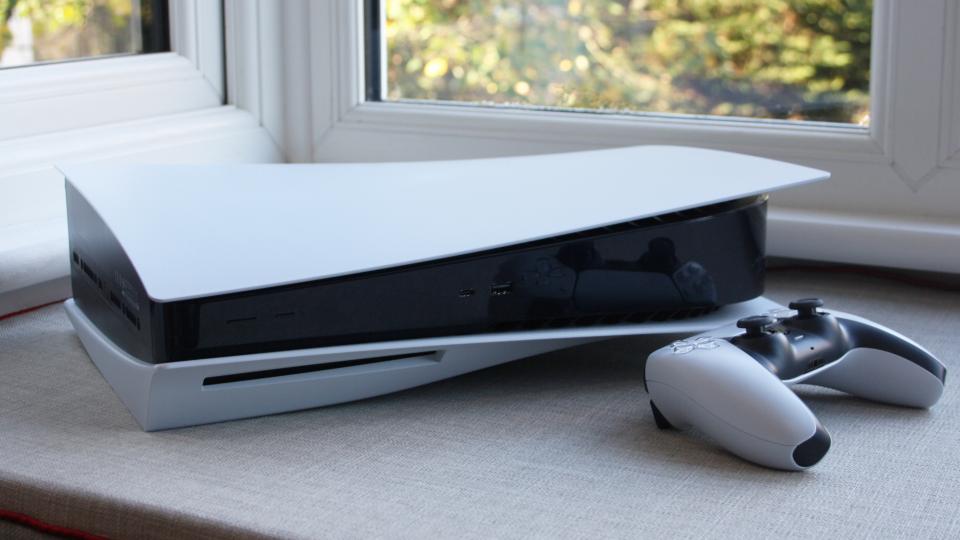 It might seem a bit soon to be searching for the best external hard drives for PS5, but we don’t blame you for doing it. As much as we’re excited by the awesome power of PlayStation 5, storage space is an area that’s causing us concern; even with just a handful of PS5 games installed and a few PS4 classics, you can soon find yourself running out of space.

Install Spider-Man: Miles Morales and Spider-Man Remastered, and you’re looking at nearly 110GB of your 667.2GB of available storage gone. Call of Duty: Black Ops – Cold War will happily munch through 133GB on its own.

Right now, there’s no way to fully expand the PS5’s storage. In the future, you’ll be able to install a PCIe 4.0 NVMe drive in the spare M.2 slot, but Sony has yet to certify any drives or unlock the slot for use. However, there’s one way you could take some of the pressure off: install your PS4 games to an external HDD or SSD.

Below, we’ve explained how expanding your PS5 storage works, and then listed our favourite external hard drives for Sony’s new console.

How to choose the best external hard drive for your PS5

What can you do with an external drive?

Here the PS5 isn’t as flexible as Microsoft’s Xbox Series S and Series X consoles. Where Microsoft allows you to use an external drive to house Series S/X games while you’re not playing them, Sony only allows you to move PS4 games between internal and external storage or run them from on HDD or SSD.

Still, this is a good way to keep playing your existing PS4 games on the new Sony console, and many look and run better than ever on the faster hardware. What’s more, it’s a great way for PS+ subscribers to make the most of the new PS+ Collection and play any classic PS4 games that they’ve missed.

Does the type and speed of the drive matter?

It does, but don’t discount slower HDDs straight away. It’s all a question of balancing capacity with performance. External HDDs will leave you waiting longer if you’re transferring games or waiting for a game to load, but the difference isn’t always as big as you might expect.

We tested a range of HDDs and SSDs with a PS5 to get a little more detail. These included an external HDD (the Seagate Backup Plus Slim), a basic SSD using the old SATA-6 interface (the LaCie Mobile SSD), a high-performance 2000MB/sec NVMe SSD (the latest SanDisk Extreme Pro) and three 1050MB/sec NVMe SSDs (see below). We’ve only listed times for one of these, as any difference in performance was so small as to be within margins of error for a fortysomething guy using a stopwatch.

We timed the process of copying God of War from the PS5’s internal storage to each drive, then timed how long the game took to launch, and then load a saved game from the main menu. We also ran some tests with Horizon: Zero Dawn, as Guerrilla’s open world hit is well-known for its epic load times. Finally, we timed how long it took to copy God of War back from the external drive to the internal SSD.

You won’t be surprised to find that the Seagate Backup Plus external HDD is significantly slower when it comes to big game transfers than any of the SSDs, though there’s not as much difference between the fastest SSD and the mid-range 1,050MB/sec SSDs as you might expect.

With the SSDs, there’s not much between them, with barely a second between the fastest and the slowest in most scenarios, and precious little difference in performance between any of them and the internal SSD. In short, you can get away with buying a cheap SATA-6 SSD to play your PS4 games from. However, there’s now little difference in pricing between them and some of the new 1050MB/sec drives based on NVMe technology, so it’s smart to swallow the small extra and buy one of those.

As a final note, we noticed that saved games load a second or two faster when you reload the same saved game for a second or third time. Obviously there’s some kind of caching going on, though we’re not sure whether this is just the game or a feature of the system as a whole.

How much space do you need?

As we said, you need to think about capacity. External HDDs are now dirt-cheap, and you can pick up a 4TB drive for not much more than a 1TB or 2TB model. If you can’t stand waiting, though, you’ll need to up your budget. You can now buy most SSDs in 1TB and 2TB formats, but outside of the big sales, you’re looking at between £120 and £180 for a 1TB drive and between £200 and £300 for a 2TB drive. Given that even PCIe 4.0 M2 drives are cheaper than a 2TB external SSD, we’d advise sticking with a 1TB SSD for now, then buying one of those once Sony starts to test and certify.

What about the interface?

Unlike the Xbox Series S and Series X, the PS5 features USB 3.2 gen 2 connectivity, meaning it can support drives over a 10Gbit/sec bandwidth connection. What’s more, there are two USB 3.2 gen 2 Type A connections on the rear plus a USB-C connection on the front. In our tests we found no difference in performance between the two and it looks a bit messy having a drive hanging from the front of your PS5, but the choice is yours. All the SSDs we looked at came with either USB-A and USB-C cables or a USB-C to USB-A adaptor. 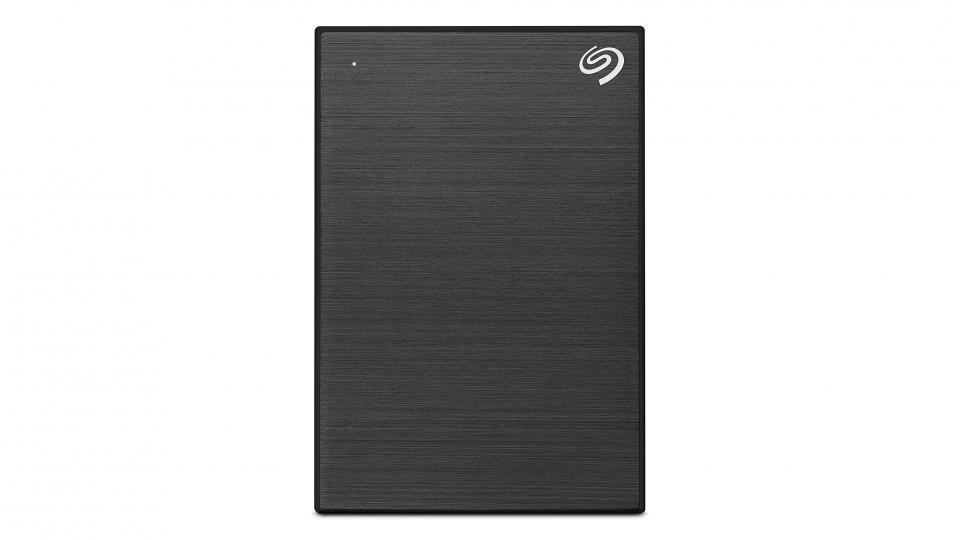 While you can buy dedicated PlayStation or console gaming HDDs, in practice they don’t tend to perform any faster than mainstream PC models. This Seagate drive is a great example. It’s good-looking, cheap and gives you plenty of space. The downside is, of course, longer waits. Big games will take minutes more to transfer to or from internal storage, and you’ll be twiddling your thumbs for a few extra seconds while loading games or loading up a saved game. In big open-world games like Horizon: Zero Dawn, you could be waiting half a minute longer, which makes a big difference if you die and need to reload. For this reason, we’d advise splashing out on an SSD if you’re impatient, and to only go for an HDD if you need a lot of storage and you’re prepared to wait. 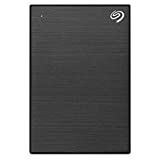 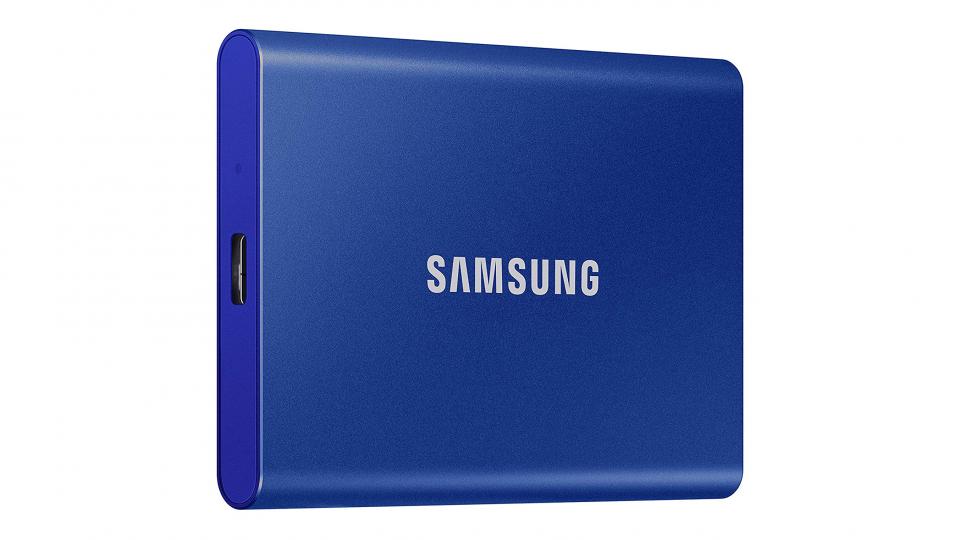 The Samsung T7 was at one time the fastest portable SSD around, and it’s still a hugely popular drive. It’s a sleek, fantastically robust little drive with an aluminium unibody, available in blue, red or titanium grey. It also comes with both a USB-C cable and the USB-A cable, so you’re covered whichever way you want to hook it up. In our tests it was virtually indistinguishable from the internal SSD when it came to loading PS4 games and saved games. The only catch is that the T7 still commands quite high prices, so it’s not the cheapest option around. 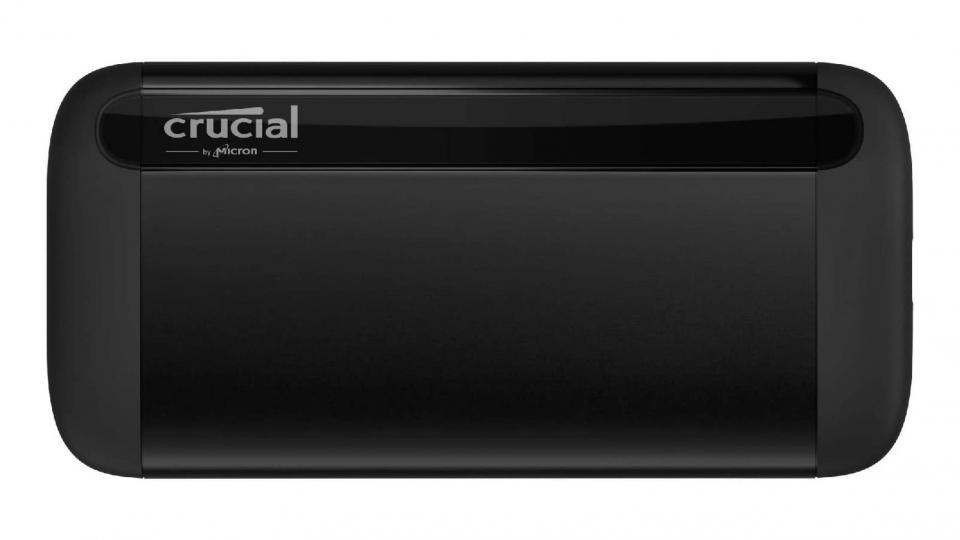 The Crucial X8 is another great option, especially if you can catch it in a sale. While it’s normally priced at the same kind of level as the Samsung T7, it dropped to under £100 in recent deals, making it the best storage bargain in town. The price has since gone back up, but it’s worth keeping an eye out for future offers. It’s another 1050MB/sec drive, so there’s little between it and the WD My Passport Portable and Samsung drive when it comes to gaming performance, minimising any wait while your last-gen favourites load and reload, or while you transfer games from external storage to the internal HDD. If you spot it cheap, don’t wait; just bag it. If not, any of these drives will do the same job. 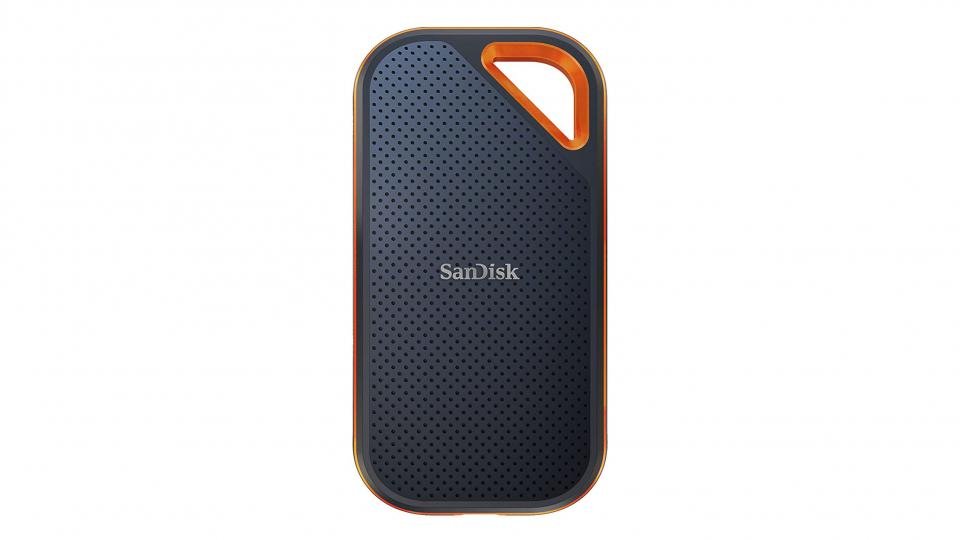 If you’re willing to pay for ultimate performance, you won’t do better than the Samsung Extreme Pro. On paper it’s almost twice as fast when it comes to raw file transfer performance as the other SSDs, though this isn’t necessarily reflected in the smaller data operations that happen when you’re actually running games. In practice, the difference isn’t so marked; the Extreme Pro is only a second or so faster when transferring games than the lower-cost 1050MB/sec drives, though nearly 20 seconds faster than the old-school SATA-6 SSDs. When loading games and reloading saved games, there’s precious little difference. This is the drive to buy if you want to know you’re getting maximum speeds from your external SSD, but – for console use alone – it’s not worth the extra over its cheaper rivals. 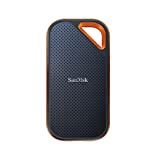