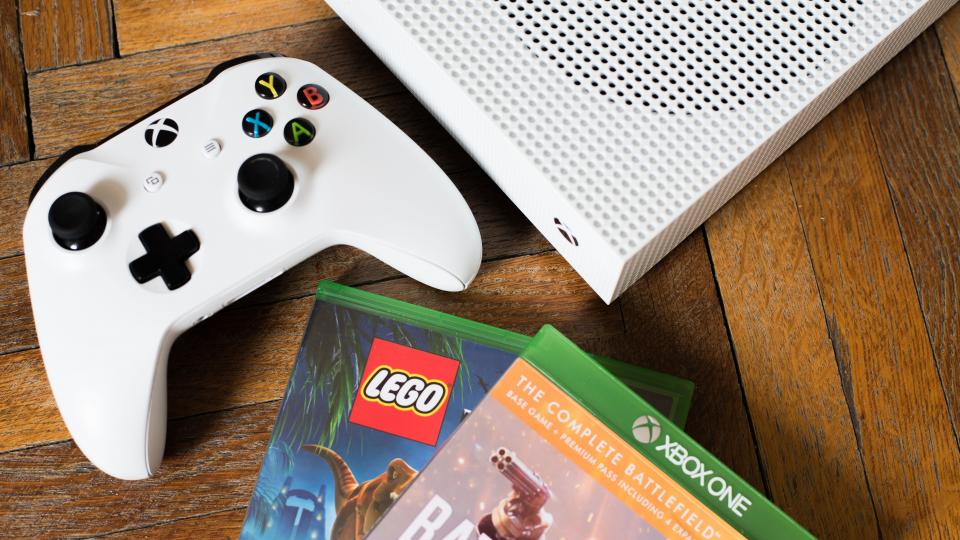 Too many games, too little storage? A USB 3 hard drive can give you all the space you need

Nowadays, an external hard drive for your Xbox One is at best an absolute necessity. Modern games require a crazy amount of storage space – top sellers like Red Dead Redemption 2 or Call of Duty: Modern Warfare will exceed the 100GB mark. Given that most of us chose to save some cash and nab the Xbox One or One S with 500GB of internal storage, it’s no wonder that a good external hard drive is essential; after all, who in their right mind could stand to only have a small fraction of their game library installed at any one time?

Luckily, we’ve been busy compiling a list of the best external hard drives you can buy for your Xbox One. All Xbox One consoles will work with up to two external hard drives, and with capacities ranging from 500GB all the way up to 8TB in size there’s no reason to ever feel constrained by storage space again. You can keep all your favourite games installed, and best of all, you don’t have to spend much to make it happen.

Looking for next-gen storage? Try our roundup of the best external drives for Xbox Series X

What are the most important things to look for?

Interface type: The Xbox One series of consoles supports up to two external hard drives, connected via a USB 3 cable. This is important: the Xbox One doesn’t support newer USB 3.1 gen 2, or indeed USB-C or other miniaturised versions of the USB connector (miniUSB or microUSB). Fortunately, most modern external hard drives have a USB 3 cable, so you won’t need to worry too much about this.

Portable or desktop? We will always recommend buying a portable external hard drive for your Xbox One. These drives don’t require a dedicated mains power supply, which just means you have one less cable to worry about. The downside is that they tend to max out at 4TB; if you need more space, you’ll need a desktop external hard drive, and therefore a spare wall socket to plug it in.

Optional extras: Some of these drives will double as a USB 3.0 hub. While they will take up one USB port on the back of your Xbox One, you’ll gain two ports that are easier to reach.

How much storage space do I need?

Let’s assume you want to keep your entire game library installed. It depends a little bit on how many games you own, although if you’re in the market for an external hard drive you’re clearly looking to install more than just Fortnite, Apex Legends and the latest FIFA.

Game sizes are getting bigger all the time. Here’s a list of some of Amazon’s best-selling Xbox One games, and roughly how much space they will take up on your Xbox One (we’ve included low-storage titles like Fortnite for reference):

As you can see, it’s very easy to fill an Xbox One hard drive with games – especially if you’re stuck with the 500GB model. We recommend buying an external hard drive with at least 2TB of storage; if you buy and download a lot of games – or you’re a heavy user of Microsoft’s excellent Xbox Games Pass service – then 4TB is a pretty sensible investment.

Should I buy an external SSD?

You might think you need an ultra-fast hard disk for gaming, but the drive in the Xbox One X itself is actually an average 5,400RPM hard disk, and most USB 3.0 hard drives will give you equivalent or better performance. This makes it tempting to plump for an external SSD, which has significantly faster read and write performance. However, it’s going to cost you a whole lot more, with prices starting at around £150 to £200 for a 1TB external USB 3.0 SSD.

You won’t actually notice much difference in terms of general gameplay, so the main advantage of an SSD is the significant reductions in your loading times. That might make the price worth paying if you’re tired of long waits to load areas in titles like Destiny 2, Monster Hunter World or Assassin’s Creed: Odyssey, saving twenty or thirty seconds of your valuable time. The choice is yours.

The best external hard drives for Xbox One 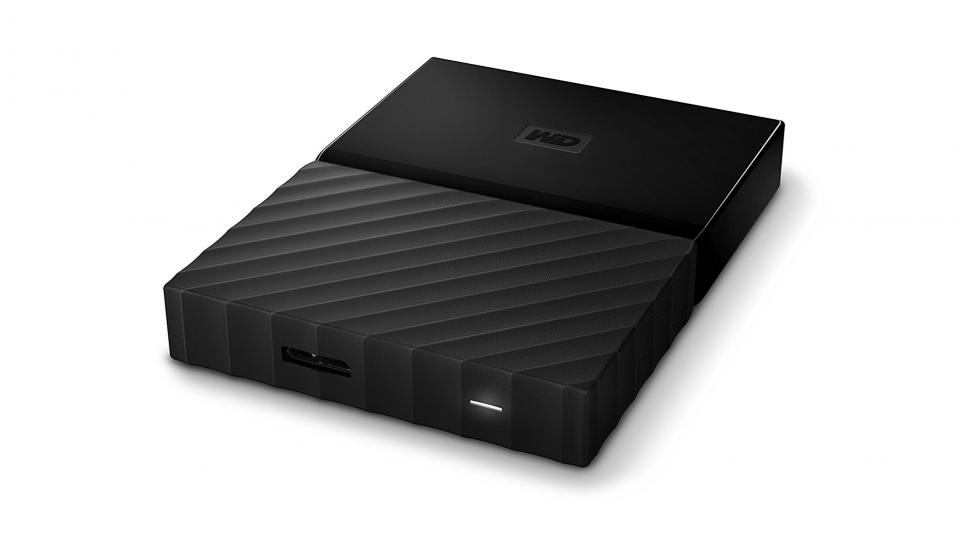 Western Digital’s MyPassport portable drive has everything going for it as an Xbox One add-on. You can buy it in White or Black to match your Xbox, and it even comes in a part smooth gloss, part textured finish that echoes the styling of the Xbox One S.

Performance isn’t astounding, with sequential transfer speeds of 115MB/sec read and 113MB/sec write, plus random read/write speeds of 0.6MB/sec and 1.55MB/sec, but load times are perfectly acceptable even with the greater demands of the Xbox One X. It’s a tough little unit, unobtrusive and quiet, and the 4TB version is excellent value at just under £100. Buy it and you’ll have a whole lot of space for your growing games collection. 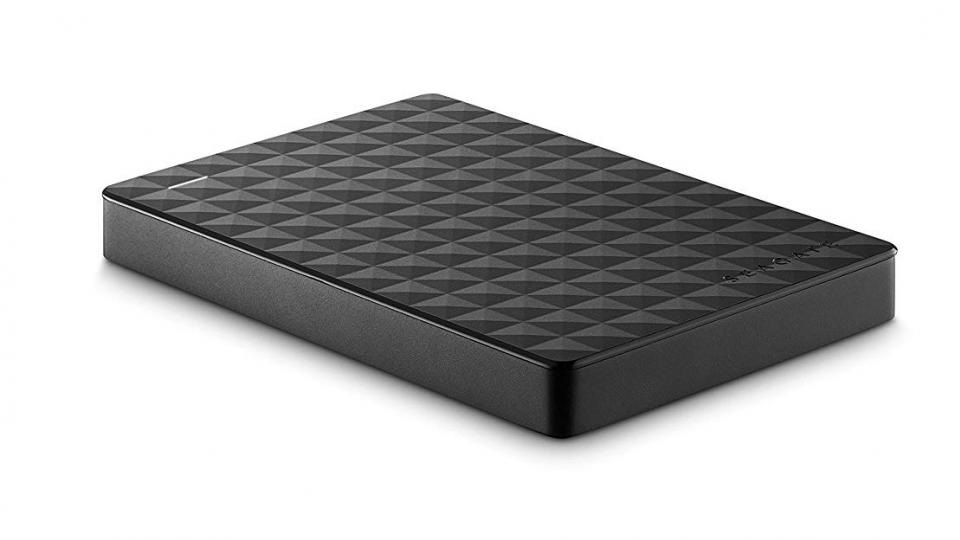 If you’re going for straight value, you’ve got two great options to choose from. Toshiba’s Canvio Basics drive is a great budget USB 3 drive at £62 for 2TB, but it’s undercut by Seagate’s 2TB Expansion, creeping in at under £58.

The Expansion has a little more style, with a slim design and a cool textured finish, and it’s a very quiet and easy-to-use drive; you just plug it in and the console sets it up. What’s more, it’s speedy, with sequential transfer speeds of 125MB/sec read and 127MB/sec write, with random read/write speeds of 1.44MB/sec and 1.42MB/sec. 2TB is plenty of space for not a lot of money, making this the most cost-effective way to triple your Xbox One storage in a flash. 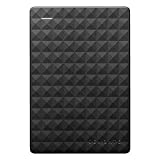 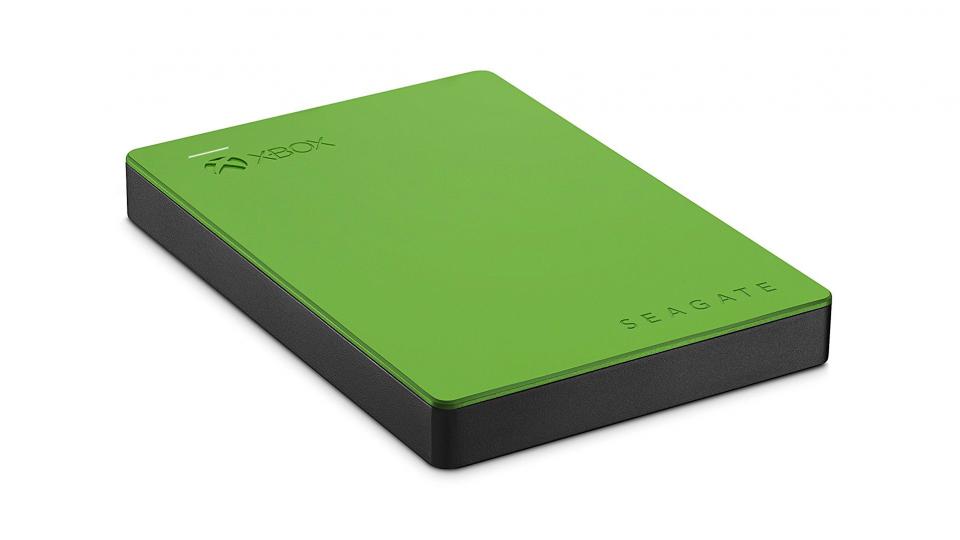 Seagate’s Xbox One Game Drive should be the obvious choice for storage upgraders. It comes in Xbox green, white or a special edition Sea of Thieves design, and bears the Xbox logo. It’s slim, quiet and as easy as any other drive to get working and the pricing is competitive.

The only thing that counts against it is that most models use the same hard drives as the slightly cheaper Seagate Expansion, with near-identical performance. You’re effectively paying between £2 to £40 more for the casing (and a one-month Xbox Games Pass and an exclusive Sea of Thieves weapon in the Sea of Thieves edition). Unsurprisingly, there’s more of a price premium on the 4TB models, although we feel it’s arguably still worth the little extra. 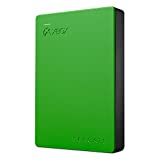 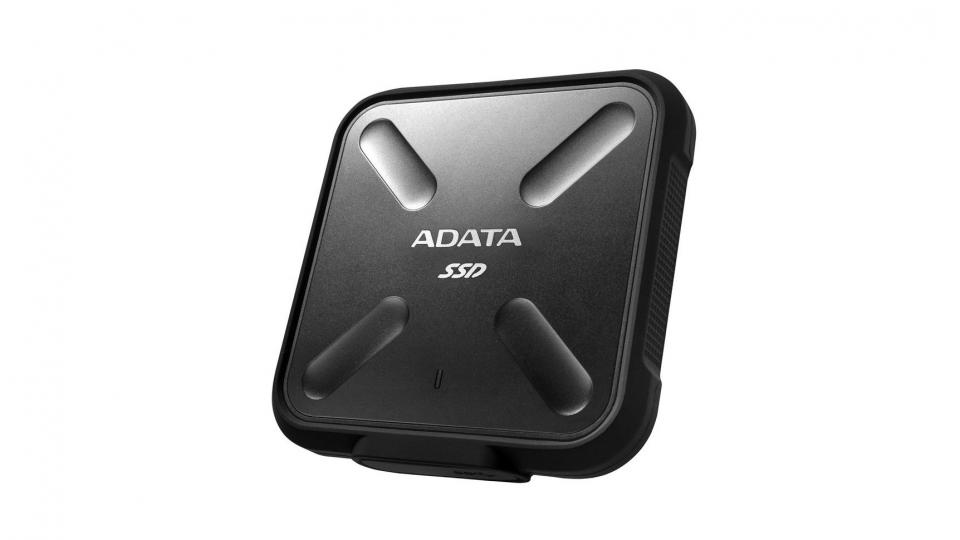 On the surface, this one seems like a bad deal; you could have as much as 4TB of HDD storage for much the same money as the 512GB version of Adata’s SSD. What you won’t get with those other drives, though, is the same performance. While it’s not the fastest SSD around, the SD700 can still reach sequential read and write speeds in excess of 400MB/sec and random/read-write speeds of around 20MB/sec, meaning much faster loading times in games. In the worst cases, like Destiny 2, Red Dead Redemption II or GTA V, you could see those times halve.

What’s more, while those prices seem expensive they’re below what you’ll pay for other SSDs. You’ve also got to love the Adata’s tough case and its tiny, ultra-compact form factor. Use it for your current favourites or the longest loaders, then use a conventional HDD for the rest of your collection. 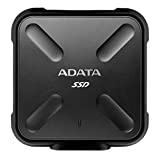 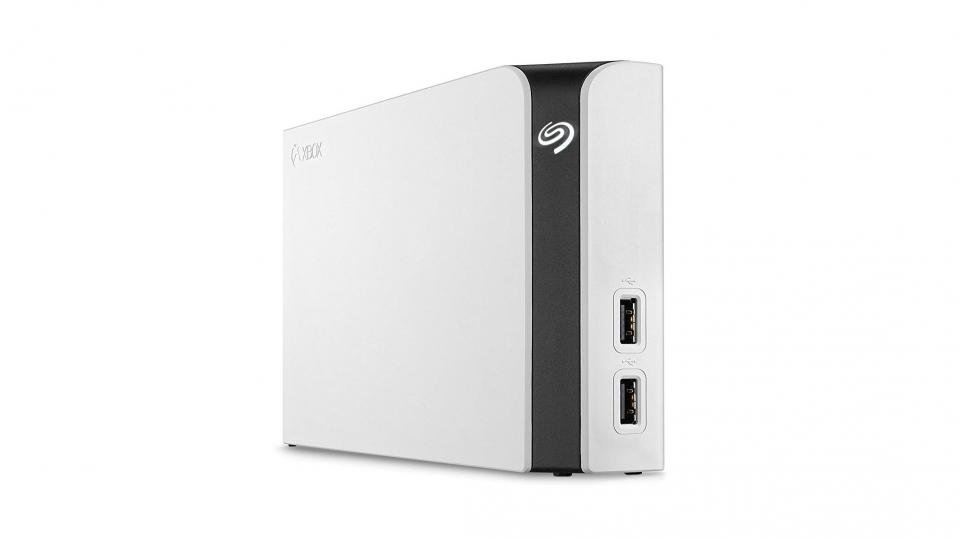 Do you have a truly massive games collection? Are you an Xbox Games Pass subscriber intent on downloading every title? Then you’re going to need to push beyond the usual 4TB and go for a desktop drive. Seagate’s Game Drive Hub isn’t your cheapest option but we’d say the extra is worth it. Not only do you get a humungous 8TB of space – enough for around 200 Xbox One games – but two front-facing USB 3.0 ports, softening the blow of losing one of your console’s ports to host the drive.

It’s also a speedy number; with sequential transfer speeds of over 200MB/sec, it’s actually a little faster than your Xbox One’s internal drive. Add in a black and white casing designed to match your Xbox One, and it’s a great drive for the most hardcore of hardcore gamers – even if you need to find another power outlet for the drive’s AC adapter. 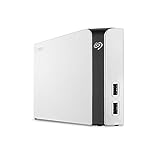 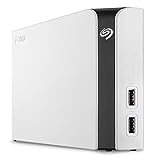