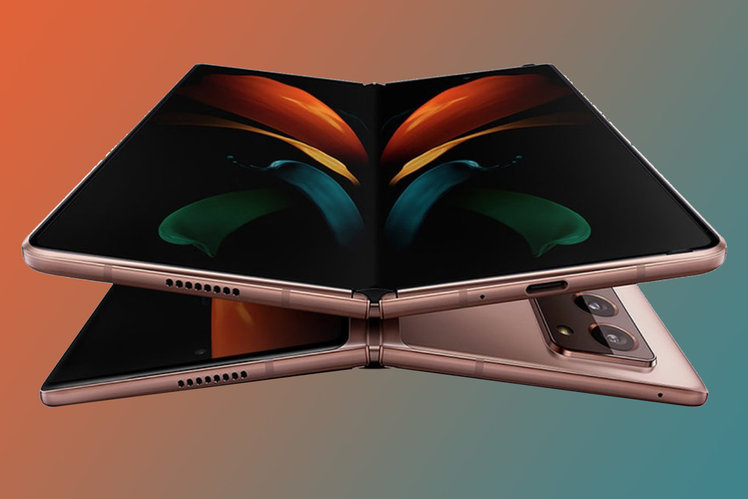 Remember the days when text messages and Snake on your Nokia 3310 were two of the most exciting things a phone could manage? We do too. Fast forward 15 years and we have in-display fingerprint scanners, bezel-free displays, punch-hole front cameras, plus a whole new take on slider and flip phones.

Flip phones were once slim, compact and hinged devices. Now, flip phones have morphed into foldable phones with actual bendable screens. That tends to bring the potential for huge price tags, though, to get hold of a piece of the magic.

Here are the devices leading the foldable smartphone trend. 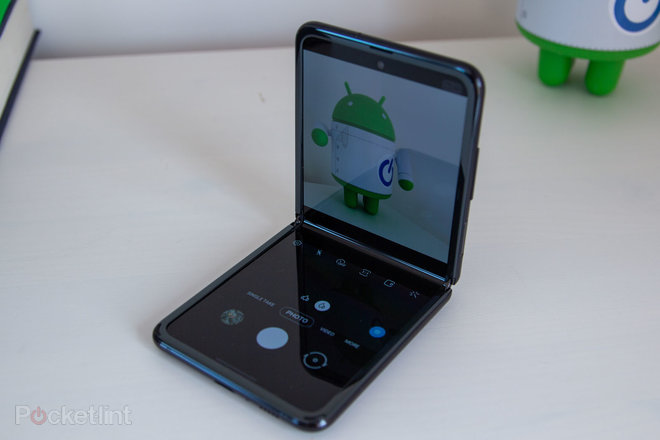 The hinge on both the Z Flip and Z Flip 5G is said to be good for over 200,000 folds and you can open the hinge at different angles, with the content adjusting to fit the device. It’s around 9cm by 7cm when folded. 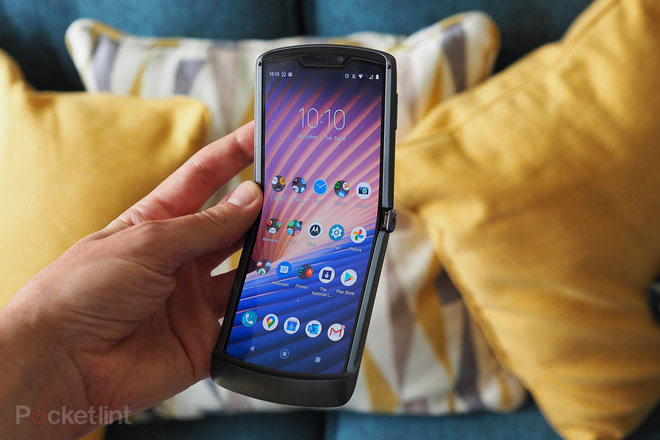 Lenovo-owned Motorola quite literally morphed its 15-year old iconic Razr flip phone into a foldable phone, switching the numerical keyboard for a flexible OLED screen display that folds into an almost-square when you shut the phone, with a second Quick View display on the front.

The original device was unveiled in November 2019 but the company has since released a second generation model in the Razr 5G. The Razr 5G features a glass and stainless steel construction, a fingerprint scanner on the rear, and it’s around 16mm thick when folded. The main screen is 6.2-inches, made from Plastic OLED so it can fold, while the second screen on the front is a fixed 2.7-inch panel for glancing at notifications.

Under the hood, you’ll find a Qualcomm Snapdragon 765 processor, coupled with 8GB of RAM, 256GB of storage and a 2800mAh battery. There is a 48-megapixel camera that flips to be a selfie and main camera and there is a 20-megapixel internal camera. 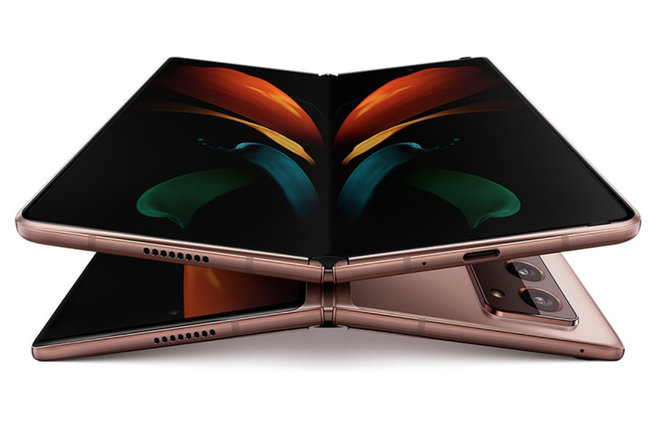 The original Samsung Galaxy Fold was made official in February 2019, following years of rumours. It’s since been succeeded by the Galaxy Z Fold 2 that arrived alongside the Note 20 range.

Like the original, the Z Fold 2 has a vertical hinge, but it’s been redesigned so like the Galaxy Z Flip and Flip 5G, it allows for different angles of viewing. There’s a larger 6.2-inch display on the front too, while the Fold 2 unfolds to a 7.6-inch tablet like the original model.

The Galaxy Z Fold 2 has the Qualcomm Snapdragon 865+ chipset under its hood, 12GB of RAM, and 256GB of storage. There are five cameras to ensure every angle is covered, while the software allows for three-app multi-tasking when open on the larger display. 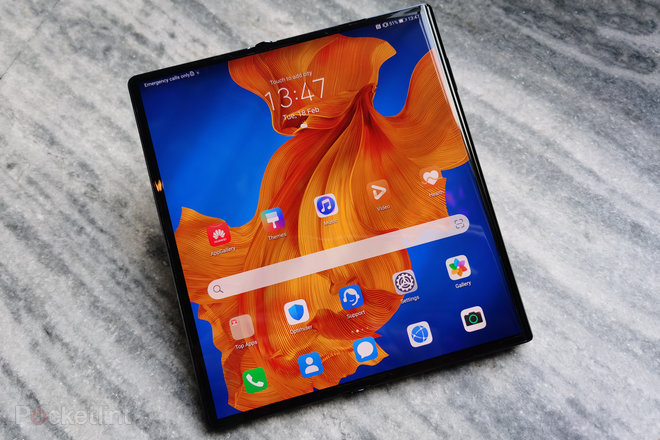 Huawei stole the show at Mobile World Congress 2019, unveiling its take on a folding phone in the Mate X. It’s since released a second generation model of the device in the Mate Xs.

The Xs has its screen on the exterior fold – presented as a 6.6-inch main screen and elongated 6.38-inch screen on the rear. Unfolded, the two present as an 8-inch tablet form.

The Mate Xs offers the same camera specifications, design and display as the original Mate X, but it has a redesigned hinge, the more recent Kirin 990 chipset, a slightly higher price tag and no Google services. 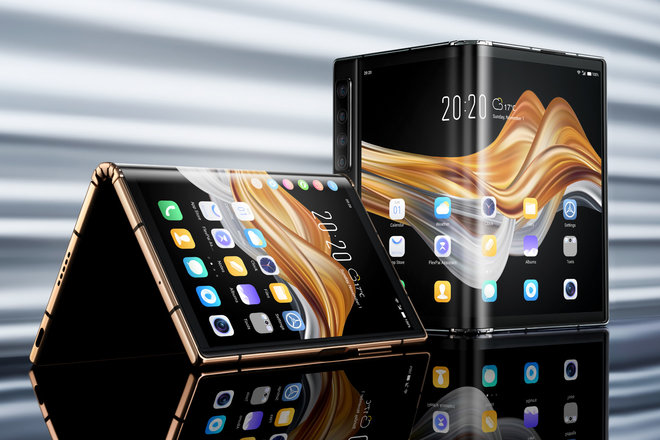 Royole beat everyone to the punch, announcing the first commercially-available smartphone with a flexible display back at CES 2019 in the FlexPai. It has now released the second generation model in the FlexPai 2.

The FlexPai 2 is made from materials like liquid metal and an aluminium titanium alloy. It has an updated hinge and the screen – which folds vertically like the Galaxy Z Fold 2 – is said to be able to withstand 1.8 million folds.

Like the original FlexPai, the FlexPai 2 turns from a 7.8-inch tablet into a smartphone by folding in half. It’s got all the power of a typical flagship smartphone with the Qualcomm Snapdragon 865 under the hood, coupled with a 4500mAh battery and a quad rear camera. 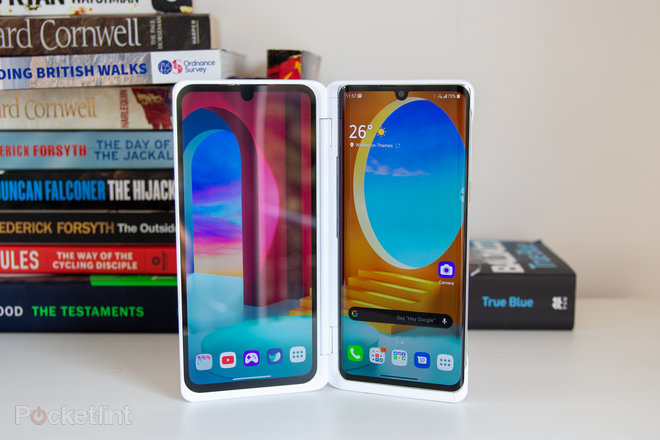 The LG Velvet isn’t a foldable device but it has a a Dual Screen case that offers a second 6.8-inch display alongside the main 6.8-inch display, as well as another 2.8-inch external display.

The Velvet case adds bulk, expanding the device to a laptop-thick 14.4mm and adding more than 70 per cent to the phone’s weight, bringing it in at a hefty 309g. It’s also not as sophisticated as the true folding phones, but it’s an interesting option nevertheless.