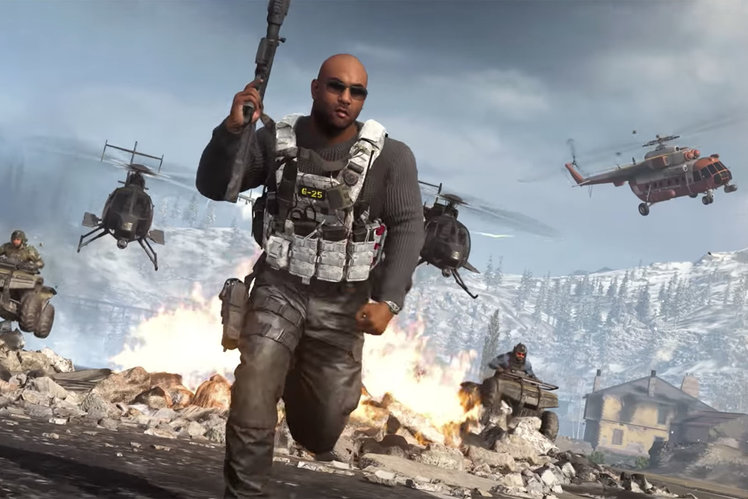 There’s no price quite like free, is there? In all walks of life, getting something for nothing feels like getting away with a scam, even when it’s far from criminal.

A decade or more ago, a game going free-to-play was a sign that something was either going badly wrong with its player numbers, or that it wasn’t good enough to get people to actually pay for it. Now, though, that couldn’t be further from the truth. The model has spawned some of the most successful, dominant games ever released, and there are now more top-quality free games to choose from than ever before.

So, we thought it only right that we help you sift through the mediocre options to find the hidden gems, and the obvious successes, that comprise the very best games to play right now without paying a penny. There are hours of entertainment to be had here, all with a price tag of zero.

Our pick of the best free games to play today

It might be the new kid on the block, but we suspect that Warzone is also the best choice on this list, in terms of how current it is, and how many players are bedding down with it right now. It’s the latest battle royale game from the Call of Duty franchise, and pits up to 150 players against each other on its huge map.

It’s a frenetic shooter that rewards skill and patience, and is simple a blast to play, especially with friends. Plus, while it has a Battle Pass system for those who want to pay, there’s nothing at all to stop you playing it without paying any money at all.

If there’s one single game that exploded free-to-play models into the mainstream, it might just be Fortnite, which gained an absolutely massive playerbase partly because of its free Battle Royale offering.

It’s now a cultural behemoth that any parent will recognise, and is forever expanding its scope and systems to get more complicated, but one thing that hasn’t changed is this: its run-and-gun-and-build gameplay is just as free to access now as it was back then.

Genshin Impact has come out of absolutely nowhere to reach huge popularity worldwide – it’s an open-world RPG that takes clear inspiration from The Legend of Zelda: Breath of the Wild, but with a character-collecting central mechanic that makes it addictive in the extreme.

You won’t get particularly far without spending a bit of money, but it’s so polished and fun to play that you’re unlikely to mind too much. This is one of the buzziest games around at the moment, so give it a try sometime.

Dota 2 is immediately different to the shooters showcased above – it’s a far more complicated game, a battle arena game of 5v5 matches that can take up to an hour to play. It’s fiendishly difficult but also utterly addictive, with nearly limitless combinations of possible outcomes to account for at all times.

Anyone who’s tried it knows how easily it can suck you in for “one more game”, and developer Valve is constantly tweaking it and adding new characters or features. Trust us, this could be one to try, while its main competitor League of Legends has just as valid a claim on your time.

The impact of Pokémon Go’s release felt seismic – all of sudden, on every street corner people were catching pocket monsters, including plenty who’d never considered themselves gamers before. Part of that success was definitely the fact that it was (and remains) free to download and play on your phone.

You can play with friends when out and about, but during these times of lessened movement, you can also have fun in your home or back yard.

Apex Legends might be another battle royale shooter, but its launch really shook things up at a time when Fortnite was pretty much untouchable in terms of its dominance. It added hero characters with diverse abilities for players to choose between, as well as a revolutionary ping system to help players communicate – so good that every other game is now copying it.

It’s a really fun team shooter and you don’t have to spend any money to get an advantage. Unlocks are attainable with some patience, while cosmetics are mostly all that awaits you if you do choose to pay.

This MMORPG wasn’t doing too well until developers Square Enix essentially decided to completely rebuild it piece by piece, refreshing it and making it more engaging and fun to play. Well, since then it’s gone from strength to strength, and is now a massive, popular and welcoming place for newcomers to join.

The most recent expansion, Shadowbringers, is a great place for new players to start, and the nature of the world you’re joining means that you have real freedom to create a character with whatever goals and aims you want.

Blizzard’s card game monolith, there’s no ignoring Hearthstone if you’ve ever played and enjoyed a collectible card game. It’s a card game with a super simple set of rules that becomes infinitely complicated based on the cards you choose for your deck, and the tactics you decide to pursue.

Games can be really quick and easy, and it’s available on all sorts of platforms so that you can get your fix even if you’re out and about. Fun art and voice lines punctuate your battles, and you’ll soon find yourself obsessing over how you could win your next round. It’s amazing fun, and totally free.

Destiny 2 didn’t start as a free title, but has been changed to one to encourage new players to try it out. It’s Bungie’s new baby, with a big base of dedicated players and gunplay that’s nothing short of satisfying.

Plus, with expansions and changes coming frequently, you can expect more content down the line. If you’re looking for a chilled-out game with the potential for real challenge, playing Destiny 2 with friends could be a great answer.

The Awesome Adventures of Captain Spirit

Most of the games on this list are multiplayer – that’s simply the way that the market is skewing at the moment. The Awesome Adventures of Captain Spirit is a welcome exception. It’s a sort of quasi-prologue to Life is Strange 2, the latest in Ubisoft’s entirely delightful adventure game series, but is a more light-hearted, brief tale.

It’s so good that Life is Strange 2 will actually recommend you play it before starting Episode 2, and while it might not last too long, it’s an amazing experience to get for absolutely no cash at all.

Taking on the likes of Destiny and other massive shooters, Warframe started from a modest place but has slowly grown its following to gain a seriously impressive reputation. You can play it on all the consoles (even your Switch), and on PC, and its blend quickfire shooting and action is a really fun, explosive stress-reliever.

The lore and story is a little difficult to get your head around at first, but you’ll get used to it and soon be jetting off for missions with your squadmates.

Cuisine Royale is another free-to-play Battle Royale game, but one with a few twists as it features characters with special abilities and various rituals, traps and sprays that change the dynamic of the game and make things interesting. Whether that’s a ritual that unleashes zombies onto the map or floods the environment temporarily or simply one that helps you jump great heights in an instant.

There’s a lot to love about this game and it’s free-to-play on PC, PS4 and Xbox One as well.