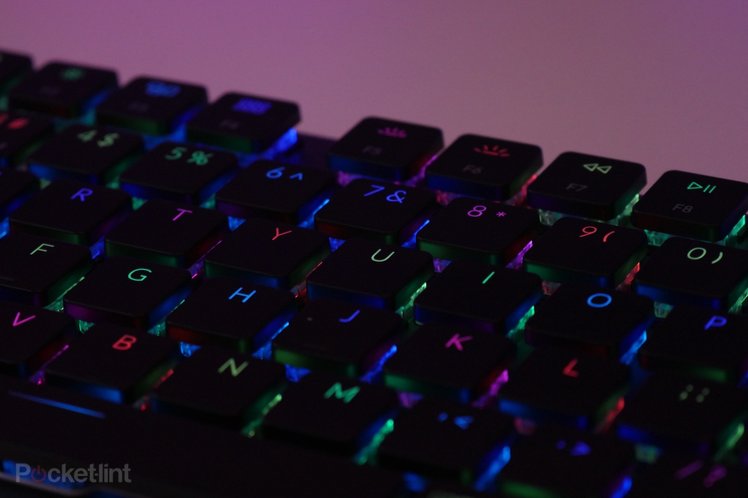 Looking for a new keyboard? You’ve come to the right place – here’s our roundup of the best keyboards we’ve tested out recently. As you’d expect there are options for all requirements from people who actually do type all day to those who use them primarily for shortcuts in apps like Photoshop. There are also options for all budgets.

Our pick of the best keyboards to buy today 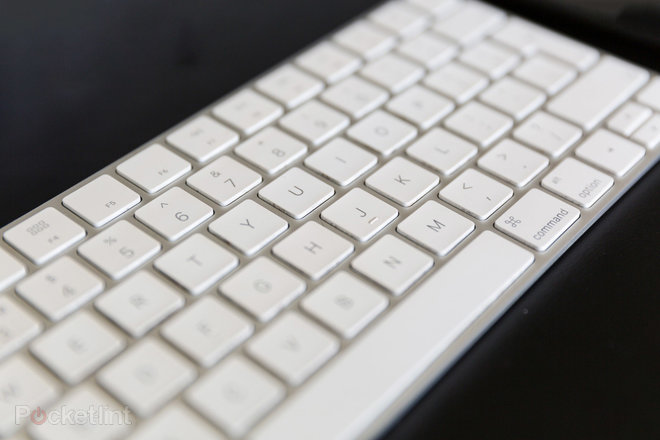 If you have a Mac, the most convenient place to start is with Apple’s own peripherals. The Magic Keyboard isn’t literally magic, but because it’s Apple, it pairs automatically with Mac with very little effort.

What we love about Apple’s keyboard is how small and portable it is. It’s very slim, and the keys are nice and big, plus they’re light and easy to type on quickly.

The low profile keyboard ensures your hands aren’t at too much of an angle, making it comfortable to type on over long periods as well. And because of its size, and compatibility with iPad, it’s easy to throw in a bag with the tablet when you’re out and about. 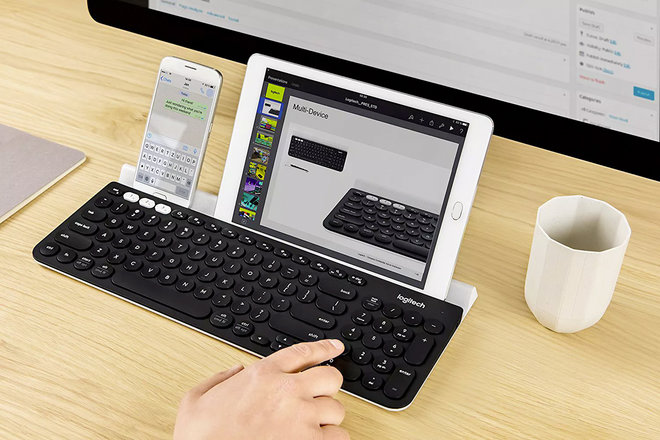 Logitech K780 – best for use with multiple devices

Logitech is the champ of everyday keyboards but it has upped the ante here – this is a wireless multi-device keyboard. At the touch of a button you can seamlessly switch between devices. It can connect to a PC or Mac via the included Logitech Unifying Receiver or you can just use Bluetooth. Indeed, we found we ended up not using the receiver and instead using Bluetooth with our PC, iPad and iPhone.

Although it’s a slimline keyboard, key travel is quite generous and you’ll quickly find yourself at home. While the keyboard layout is primarily Mac and iOS-orientated, it works fine with Windows and Android devices.

There’s also a ridge behind the keyboard that can be used for holding pens or styluses but it’ll prop up your iPad or iPhone, too. The keyboard also doesn’t slip, either. Power comes from two AAA batteries, while there’s also a space for the receiver in the battery compartment, too. 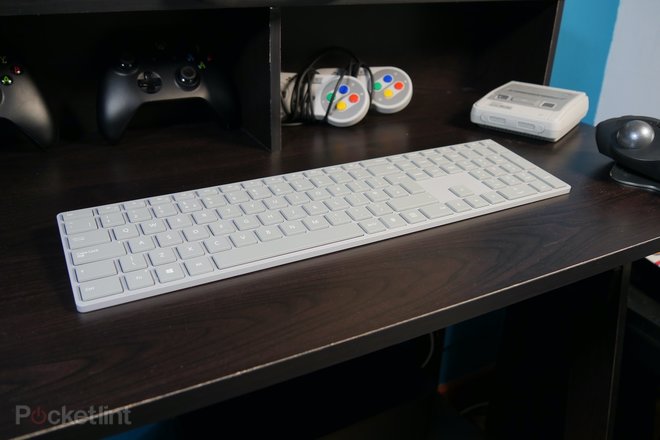 Microsoft’s Surface Bluetooth Keyboard with Fingerprint ID might not have a sleek and minimal name, but its design and functionality is everything you’d want from a modern, slim, wireless typing tool.

One of its key features – as its name suggests – is the built-in fingerprint scanner. It’s compatible with Windows Hello, meaning you sign into your PC by resting your fingerprint on the scanner.

As for typing, it’s quick and easy, thanks to those big square keys and the keyboard’s overall slim profile. It’s relatively ergonomic too, with it being slightly slanted, in a similar manner to Apple’s keyboards. And with it being built primarily from a sturdy sheet of aluminium, it’s both attractive and durable.

It connects by Bluetooth to your PC or laptop, and the battery up to four months on a single charge, which is fantastic. 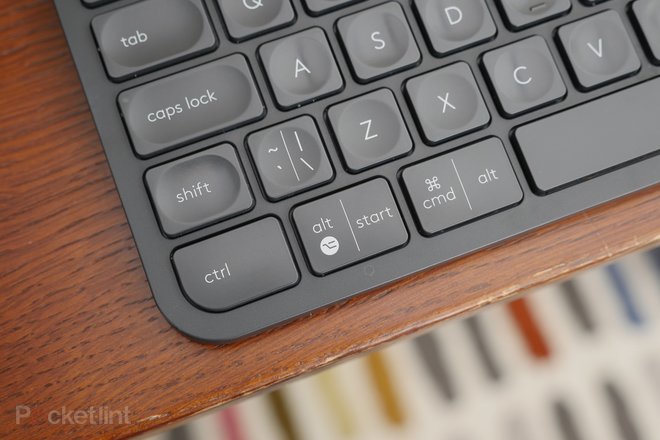 With the Craft, Logitech has pushed into the pro market, offering a keyboard that not only matches the dark grey colouring of Apple’s Space Grey Macs, but also offers additional control for creatives.

In the top left corner of the keyboard, there’s an input dial that can be customised to offer different features for different apps. Using Logitech’s desktop software you can choose to have it increase or decrease the volume in Spotify, switch tabs in Chrome, or scroll through a video timeline in Final Cut Pro. And those are just some of the options, there are many more.

What’s more, the backlit keys light up automatically when your hands approach the keyboard. Using the unifying receiver or Bluetooth, you can pair it with up to three devices and switch between them easily too.

It’s got a dual layout, so it has all the buttons for Windows and Mac users, and it’s made from aluminium and plastic. The keys are designed to be really quiet and responsive. The only downside, from our experience over a few months with it, is battery life. In our full day usage, it would go roughly a week before needing to be charged, but thankfully, that’s easy enough to do using the USB-C port. 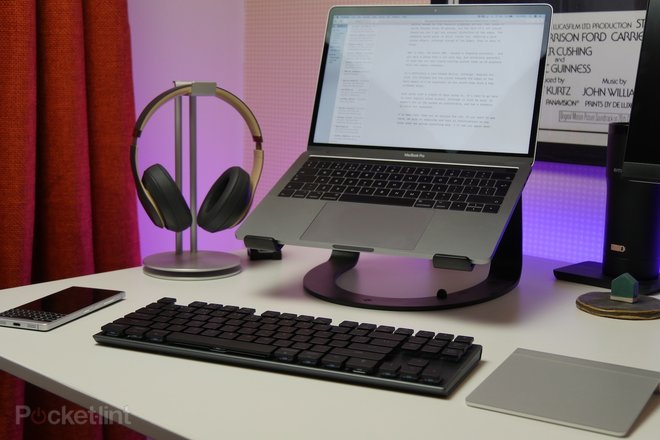 For the most part, the mechanical keyboard market is filled with big, chunky keyboards and generally only really available with Windows keys on them. For those with Macs, or those who want a slim wireless option, the choices are limited. That’s where the Keychron K1 comes in. It ticks all of the boxes.

You can choose to have a number pad, or not, or choose to have Apple keys or Windows buttons. The important thing though is that it’s mechanical, slim and wireless.

Keychron achieved this by developing its own mechanical switches that are slightly more compact than traditional switches. The keycaps themselves are slimline too, more in keeping with what you’d find on a laptop.

It’s metal and has a tapered design to make it slimmer at the front, ergo making it more ergonomic than most other mechanical keyboards.

Those looking for a nice, firm mechanical click might be disappointed by the keys’ quite soft response, but that does mean one thing: it’s easy to type quickly on, and it won’t result in as much cramp as a full-on mechanical option might.

Did we mention the keys also have RGB backlighting with a host of pre-made animation effects? 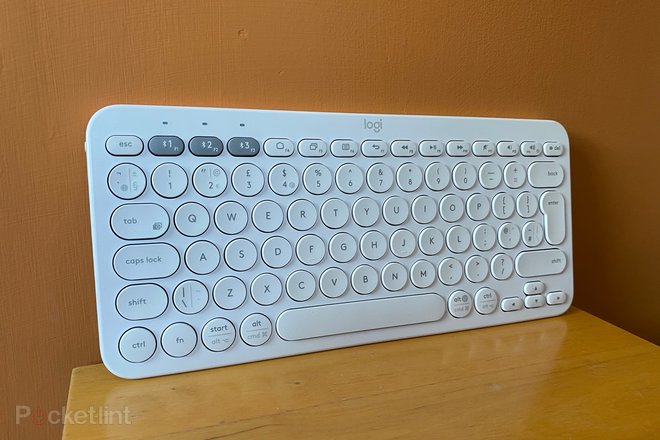 A best-seller for its sheer usefulness, it hasn’t taken us long to appreciate how impressive the K380 is, for a very reasonable price. This compact Bluetooth keyboard is multi-device, letting you switch between three paired devices at the touch of a button. Its keys are nice and quiet, though with solid travel, and its size makes it a great option for those whose working space changes often.

You get a full range of function keys, which is really useful, and we’re also serious fans of the keyboard’s looks. We’ve got the white model, but all of its colour options, including a delightful deep blue, are stylish and modern. As effectively a shrunk-down version of the excellent K780 above, if you’re a minimalist worker or just want a reliable, no-frills keyboard, this is likely to be a really superb option. 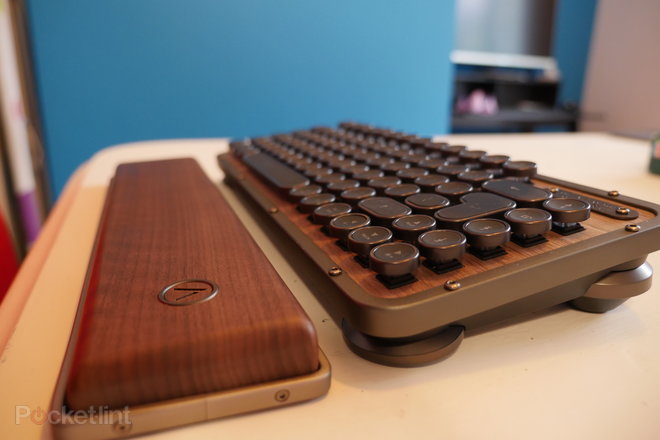 If you want your keyboard to be the centre-piece of your trendy chic, succulent strewn office desk, this is that keyboard. Asio’s RCK (Retro Compact Keyboard) is a stunning example of design and aesthetics and clearly made to emulate the classic typewriter keyboards of yesteryear.

It’s an incredibly sturdy and well-made keyboard that’s available in a handful of attractive finishes. The model in our gallery above is the Elwood, which uses a matte gunmetal frame with a walnut wood veneer. Then there’s the Onyx (black leather/black chrome frame), Posh (white leather/copper matte frame) and Artisan (black leather/copper matte frame).

The mechanical switches are tactile and clicky, meaning the feel and sound pretty wonderful.

It’s wireless, has a huge battery for long life, but will also work just as well over a Type-C cable and lets you switch between Mac and Windows easily using a switch on the back, but also comes with a matching wrist wrest to bring your hands up to level, and comes with switchable keycaps, for Windows and Mac.

If you’re not a fan of the small compact design, Azio also makes a bigger version with a number pad. 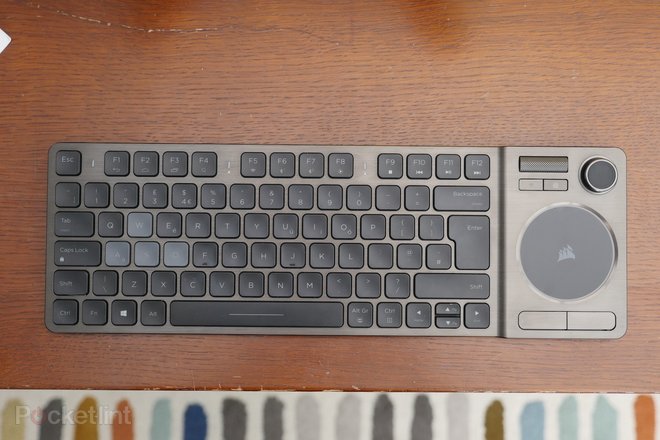 Corsair is a well-known brand in the world of PC peripherals, and with the K83 it wants to get into your living room as well. It calls the K83 a “lounge wizard” and the reason for that is clear: it’s a keyboard, joystick and trackpad all-in-one.

Unlike its most popular typing machines, it’s not a heavy, customisable gaming keyboard. This is a slim, sleek number with a dark brushed metal cover on the top and – more importantly – a host of other controls on the right side. There’s a circular trackpad, mouse buttons, a long scroll wheel and a joystick as well as a couple of shoulder buttons.

It’s an ideal keyboard if you happen to have your PC hooked up to the TV in the lounge, and means you don’t have to sit with a separate mouse and keyboard on the sofa. It’s all built into a single unit that’s lightweight and slim enough to hide away. What’s more, you can pair it with up to three devices (one with the Corsair receiver, two Bluetooth), and switch between them quickly with the dedicated function keys on the top row. 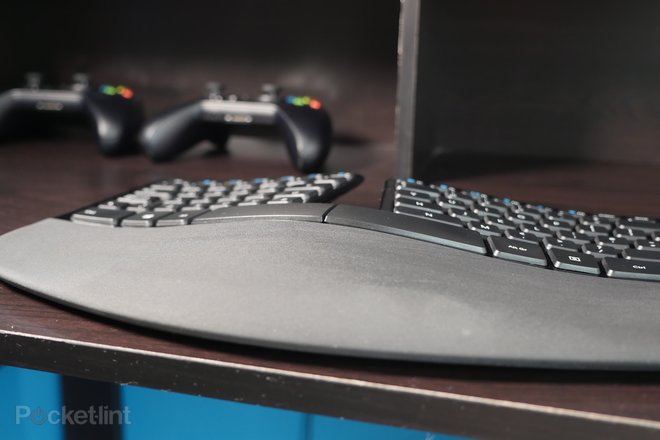 The aim with the Microsoft Sculpt series of peripherals is to get your hands and wrists at more natural angles, reducing strain and helping typists to avoid getting repetitive strain injury. The Sculpt keyboard comes in a desktop set, including an ergonomic mouse and separate number pad.

As for the keyboard itself, it’s fantastic for anyone who does a lot of typing day in and day out. There’s a built-in wrist rest, and the two halves of the keyboard are split apart, giving more natural separation between you two hands. They’re also angled inwards slightly, to keep your wrists and hands pointing in the same direction as your arms. What’s more, the two halves slope downwards, to keep your wrists from being completely flat, and there’s even an additional stand to snap on beneath it if you need your hands to be at a more downward angle.

Having been using it off and on for the past couple of years, the Sculpt is always the keyboard we go back to when we have a long day of review or feature writing ahead. You can type all day, and still not be suffering from cramp at the end of it. Its keys are shallow and fast, the battery lasts ages, and it’s super comfortable.

Perhaps the only downside is that is it only works with the Microsoft receiver. It doesn’t have Bluetooth so can’t connect to a Mac, for example, without a dongle.