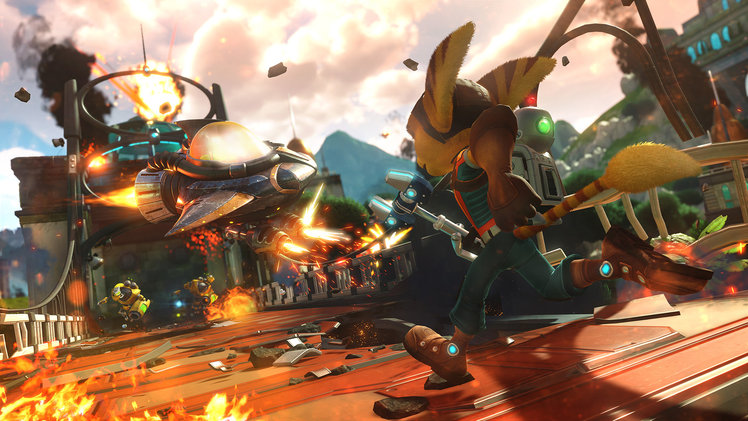 Platformer games are some of the most old-school and pure titles you can find in modern gaming, many of them harking directly back to some of the most famous and popular games from the very first few generations of home consoles.

That doesn’t mean that they’re not modern, though – a great platformer can feel as zippy and current as anything else on the market. If you’re thinking of picking up a platformer for your PS4, there are countless to choose from, so we’ve gathered the ten very best options for you, below.

Hollow KnightWhat are the best platformer games on PS4?

One of the best platformers ever made, Hollow Knight was crafted by a tiny team of developers, with beautiful hand-drawn art and a map that begs to be explored. You’ll forge on between rest points without knowing how long you’ll have to survive, and there’s impressively tight combat throughout.

Boss encounters are memorable and take some learning, and there are a few lovely little characters that you’ll meet throughout your subterranean journey. With a spiritual sequel coming out at some point, Hollow Knight is a must-play.

Another game from a small team, Celeste has a retro art style but its movement mechanics are modern and snappy, responsive in the extreme. It all revolves around an air-dash move that you get early on, and a slow and careful difficulty curve will have you performing stunning moves by the end of it.

That said, the end of it will mean different things for everyone, since there’s a wealth of post-game content for those who love the platforming on offer and want to truly test their skills against levels that get insanely complex.

A beautiful remake of the first Ratchet & Clank game, this wonderful 3D platformer sometimes looks so good that you’ll feel like you’re playing a real-time Pixar movie. There are loads of zany and fun weapons to discover and use, with a zippy story that moves things along constantly.

There’s a nice sense of humour running through it all, as well, for a family-friendly vibe that’s super relaxing to play through. It’s also a PlayStation exclusive, so you won’t be able to play this anywhere else.

Although it launched with the PS5, Sackboy actually plays almost exactly the same on PS4 and only looks a tiny bit less crisp. This is a great platformer that has loads of invention to bring to the table and a really nice mixture of skill options.

Once you get on top of its movement options, there are loads of optional collectables and side levels to complete, and it’s all wrapped in a nice heart-warming story that’s really well told and voice-acted by some big names.

The Spyro games are totally beloved with good reason, and this excellent remaster put them back on centre stage, with a great level of detail and attention paid to all of the little things. Moving around as this little dragon is as fun as it ever was.

Whether you played the originals when you were younger or not, three games in one that all looks really snazzy and have a nice impish sense of humour represent seriously excellent value, in our books.

Another indie marvel, Shovel Knight is a love letter to old-school platformers, with great pixel art and really tight controls. You have a shovel and you’re not afraid to use it, with bouncing attacks that make for really great enemy encounters.

There are also numerous superb expansion packs that let you take on the role of some Shovel Knight’s adversaries to learn entirely new movement options and approaches, each one turning the formula on its head in a really rewarding way.

A brilliant, twisted short story of a game, Inside puts you in the shoes of a young boy infiltrating a mysterious facility that seems to be taking in countless depressed-looking people. To say much more would risk spoiling what is a quick play, but trust us when we say it goes to some crazy places.

It’s a side-scroller that has you solving some light puzzles along the way, but the real focus is on its superb visual language and the way it tells a disturbing story simply and concisely.

If you’re a fan of roguelike games that let you try randomised runs over and over until you’re able to make it further each time, Dead Cells will be right up your street. You have a long series of levels to get through, with challenging boss fights punctuating them, and each time you’ll collect a different set of powers and weapons.

It’s got a great pixellated art style and has received updates for years after its release to add new content, areas and adversaries, and everything moves so quickly and smoothly that you can get into a bit of a trance playing it on a good day.

A game that came out when the PS4 was still a new console, Rayman Legends still stands as one of the best platformers you can find on Sony’s hardware. It’s a great update of the classic character’s franchise, with a beautiful art style that makes everything look hand-crafted.

There is a range of fun and inventive levels to move through, with characters joining you to provide twists on the normal gameplay, and it’s a blast to play through multiple times.

This charming sequel doesn’t require you to have played the first Dig, dropping you into the shoes of a new steampunk robot. You’ll be digging down into the bedrock below an outpost in the Old West (or a version of it), discovering secrets and contending with enemies.

The digging means you can make your own pathways and plan your way down through sections, and an upgrade tree makes for a really moreish combination that’s hard to put down. It looks and sounds lovely, too, for an added bonus.