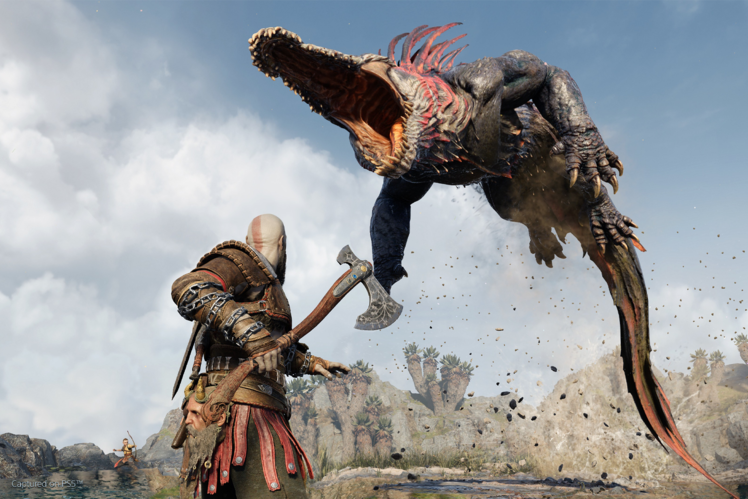 Sony’s PlayStation 5 has now been out for well over a year. While there were some superb games to enjoy at launch already, there are even more coming down the pike over the next few months.

We’ve gathered the best contenders, right here for you, from confirmed releases to games that we’re certain are in the pipeline, including new trailers wherever they exist.

Saints Row returns with what looks like a raucous open-world shooter that leaves everything up to you, letting you tear up the world your own particular way. It’s a reboot of a franchise that’s often known the true meaning of fun.

Overwatch 2 will be free to play, a huge shift for the franchise that we hope will open it up to a massive new range of players, and they’ve got a lot to look forward to. With fun heroes to choose from and vibrant maps to explore, it’s likely to be an excellent tactical team shooter.

A Plague Tale: Innocence was one of the most pleasant surprises of the last generation, an inventive stealth-action game that got into impressively dark territory. Its sequel looks even more ravishing and promises to carry on the nail-biting story.

The same crunching combat and exploration that made the Arkham trilogy such huge successes for Batman fans look like they’re coming to Gotham Knights, with multiple characters to swap between and each bringing their own tricks to the table.

It also looks like it’s going to be a visual spectacle, with as detailed and moody a version of Gotham as we can remember seeing in any game. We’ve waited too long to get into some fights in the world of Batman!

Call of Duty returns with a long-awaited follow-up to the excellent 2019 entry from Infinity Ward, which reprises one of the series’ most famous titles. It looks set to change things up with all-new maps and modes, alongside an overhaul for Warzone.

Skull and Bones has taken so long to surface that it was repeatedly rumoured to have been cancelled at various stages, but the pirate game is finally about to come out, and looks like a good time. You’ll kit our not just your captain but their ship in the loadout you choose, and take on the high seas with a scurrilous crew to help you.

The next big game from Santa Monica Studio is looking absolutely superb, following Kratos and his son Atreus’ story as the boy ages and taking us to all-new realms from the Asgardian mythos. It’s shaping up to be even bigger than the last game.

At long last we have a firm release date, too, so you can mark the date in your diary and get ready to play what we’re pretty confident is going to be a seriously impressive new iteration on Kratos’ epic journey.

A horror game from the mind behind the original Dead Space – and you can see the heritage in the trailer above. The Callisto Protocol looks absolutely terrifying, full of nasty monsters and jump scares to go with a more creeping sense of tension.

It’s finally happening – a proper, big-budget game set in the marvellous world of Harry Potter (even if it’s ditching his name). This sprawling RPG has finally had a trailer and looks incredible, although we’ll look forward to learning more about exactly what structure it’ll take.

Players will have their own wizard to guide through 1800s Hogwarts and the world around it, all of it bringing brand-new stories to the table.

This all-new game from Square Enix sees an unlikely heroine transported to a magical realm, where she finds she’s got more up her sleeve than she ever realised. Forspoken looks like a rollicking good time, and the visual side of things is shaping up amazingly.

Dead Space is back – a full remake of the first game is on the way. It’ll be a next-gen only experience, too, so we’d expect it to take advantage of the DualSense’s advanced haptics and the console’s 3D audio for truly terrifying levels of immersion.

We’re getting another in the line of extremely polished remakes or reimaginings of Resident Evil games, it’s been confirmed, and next up is perhaps the most influential and critically acclaimed of them all, Resi 4. Leon’s harrowing journey to rescue the President’s daughter looks like it’s being upgraded in a huge number of ways, and we can’t wait to revisit it.

Rocksteady finally returns after a quiet period following its acclaimed Arkham games, and it’s back in the DC universe. This time it’s taking on the Suicide Squad, with a four-man team of miscreants tasked with bumping off the corrupted superhero lineup of the Justice League.

It looks like colourful fun, and unlike the Batman games you’ve got multiple styles of combat to embrace between the various characters, so we can’t wait to get our hands on it and try it for ourselves.

Final Fantasy might be bidding goodbye to party-based combat, if the trailers for the next main instalment are anything to go by, with a darker fantasy tale that looks to have one main protagonist that you control in combat. Of course, that could just be what we’ve seen so far, and it looks incredibly gorgeous on the PS5.

Square has more than one big Final Fantasy game on the way, and the next instalment in its remake-come-sequel series has been announced for late-2023. It looks as gorgeous as ever, and promises to take Cloud’s story in even more twisty directions thanks to the timeline shenanigans established at the end of the first part.

We’re looking forward to exploring more of the world now that Cloud’s properly established with a bunch of his original party members in the forms of Aerith, Tifa, Yuffie, Red and Barrett.

Insomniac’s hot streak with the web-slinger continues – after the expandalone Miles Morales adventure, Peter Parker and Miles will be teaming up in the new game, due out in 2023 and featuring a slathering antagonist in the form of the fearsome Venom.

We’re looking forward to diving back into the addictive loot-fountain world of Diablo for the first full game in years, and with five classes to choose from and a huge open world to move around, it looks like it’s going to offer up a wealth of opportunities to hack and slash.

The next big Street Fighter is on the way, with a new art style and what looks like it might be a free-roaming adventure mode, a huge potential shift for the series. There are new and returning fighters, and we’re hugely looking forward to seeing how it handles.

At long last, we get a continuation of tortured writer Alan Wake’s story from Remedy, after its universe was tied into that of Control in that game’s last expansion. The new Alan Wake will apparently skew more into survival horror rather than action, which sounds nice and scary.

Mojang is back with a new game in the world of Minecraft – this time, it’s an action-strategy title that will have you leading armies from the front with hack and slash combat alongside more strategic play. It looks like colourful, family-friendly fun.

Arguably the best Star Wars game of all time is getting a fresh lick of paint, rebuilt from the ground up for the PS5 and presumably bringing the old game’s turn-based combat up to modern standards. The story of Darth Revan is one of the greatest gaming’s known, so we can’t wait to see some gameplay.

Marvel has clearly taken notice of the stellar work that Insomniac has done with Spider-Man, though, as it’s been given the keys to another of its biggest names – Wolverine. The X-Man will be slicing his way to the PS5 at some point in the future, although we don’t have an idea of when that’ll be as yet.

The DC universe is getting into the swing of things as far as gaming adaptations are concerned, and Wonder Woman is now in the lineup, although we don’t have either a firm idea of what gameplay will look like or a release date.

It’s a fairly safe bet that it’ll be some sort of beat-em-up, though, and we’re down to see how her famous set of moves could feel to control.

It’s super early in development, but if this moody CGI trailer is anything to go by, the next big game from Quantic Dream could take us to some interesting new locations in the Star Wars universe. It’s set during the High Republic, a new part of the timeline that is being explored by other creators, too. 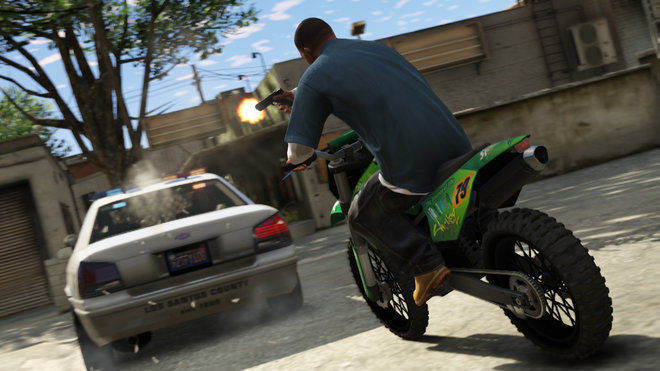 There are almost too many rumours swirling around Rockstar’s likely next game in the Grand Theft Auto franchise to adequately summarise, but suffice to say that it almost has to be on the way.

At the moment speculation is rife that it will see players return to Vice City and the surrounding area, but nothing is confirmed yet. Still, it’s almost guaranteed that one of the world’s biggest entertainment franchises will make its way to the PS5 before long.