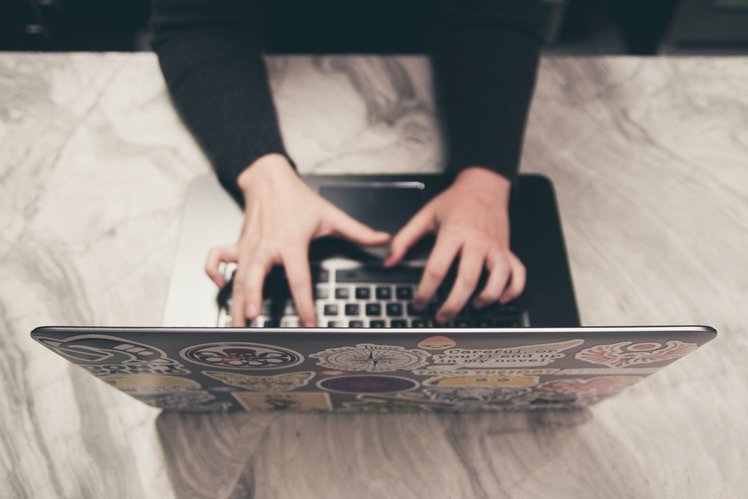 If you’re trying to use a VPN to keep yourself secure and hidden from prying eyes online, or want to access content from another country as if you are there then you are in the right place.

There are plenty of reasons to use a VPN on your desktop, mobile, or even TV, with a bevy of news stories about companies like Facebook collecting your data has sparked a huge debate about how companies use your data in the first place.

Here we round up the best VPN providers available including ExpressVPN, NordVPN, TunnelBear and more.

What is a VPN?

VPNs, or virtual private networks, are becoming more popular as a means to keep internet browsing private. In normal internet use, your data flows from your computer, mobile device or home network across your ISP and during this journey all manner of people could be snooping on your data.

Potentially put you in the firing line of hackers and cyber criminals, and by effectively creating a secure connection between your computer and a VPN server, your actual IP address is hidden from snoopers.

But VPNs have another trick up their sleeves: they can spoof your location, for unlocking specific regions websites such as Facebook in China or Netflix, Hulu and BBC iPlayer. 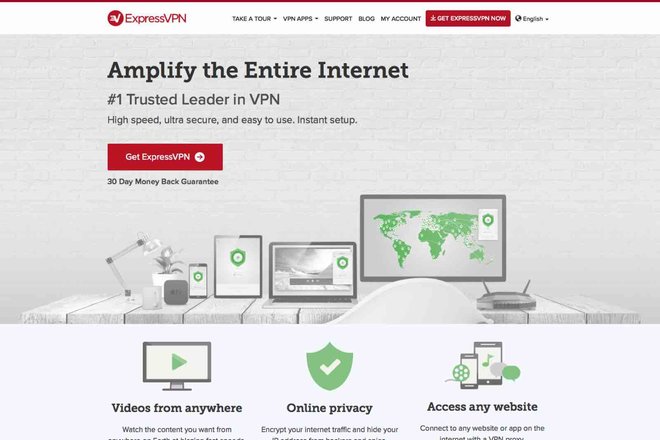 ExpressVPN supports up to three connections, but if you don’t feel like it’s going to fulfil your VPN needs then a 30-day money back guarantee means you can give it a whirl across a couple of devices and see if the performance and features on offer justify the price.

Aimed at people who want a VPN outside their home country to access region locked services like US Netflix from the UK, as well as keep their internet browsing private, ExpressVPN offers more than 3,000 servers across 94 countries.

Thanks to a clean user interface, ExpressVPN is easy to setup for Windows, Mac, iOS, Android and Linux devices, as well as offering support for kit such as smart TVs and games consoles, and it also comes with 24/7 live chat customer support if you happen to get stuck.

Alongside a reputation for solid support, the service offers a “kill switch” to hide your IP address if the the VPN connection happens to drop, peer-to-peer support and powerful encryption. 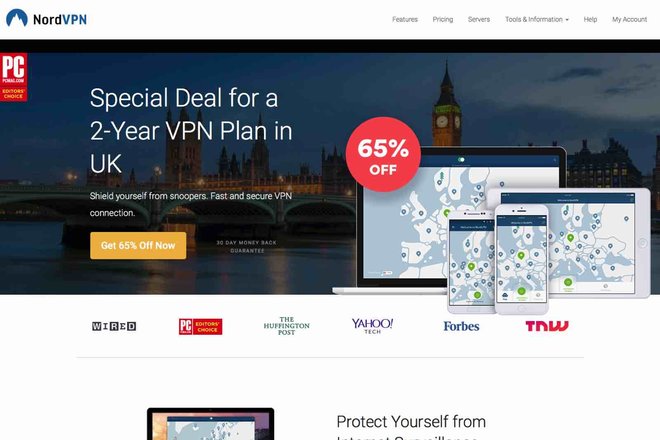 A well established name in the VPN world, NordVPN is known for offering very secure connections thanks to using military-grade 2048-bit encryption which it applies twice to connections to its 5,000 plus servers spread across 59 countries and counting.

A straightforward interface means you can easily connect up to six devices, whether they run Windows, Mac, iOS, Android or even BlackBerry OS, to the secure service.

Finally, unlimited bandwidth as well as being one of the few services to support access to The Onion Router (TOR) network over VPN completes NordVPN’s features. 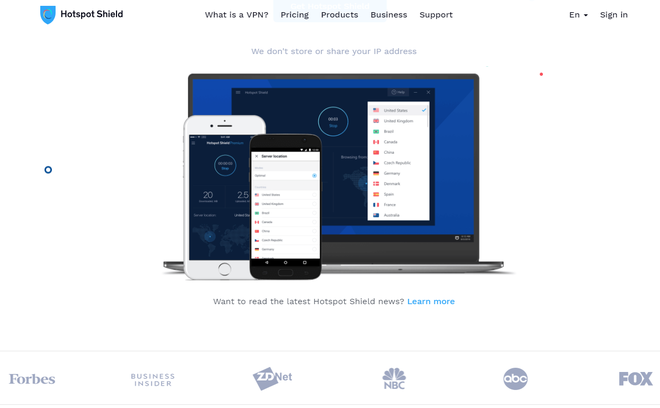 That’s with secure and private surfing online, being alerted to websites with malware and access to the likes of Netflix and YouTube, no matter where you are in the world.

70% of the world’s largest security companies are noted to use its patented VPN protocol, so you’re in good company if you take this out.

There’s a good array of apps available: Windows, Mac, IOS, Android and even a Chrome extension – offering up access no matter what your preferences might be – up to 5 devices. 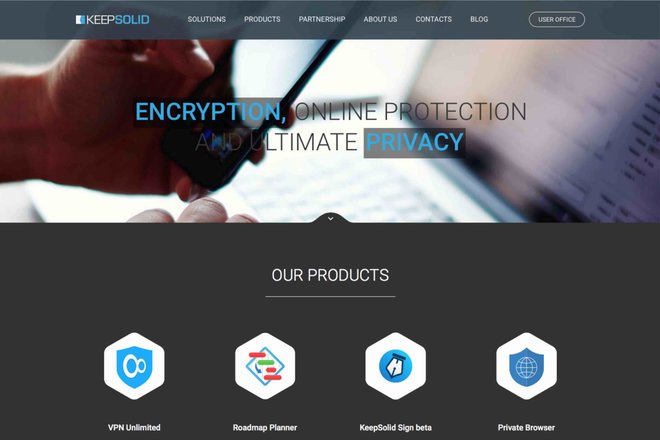 KeepSolid brings a lot of flexibility when it comes to pricing, with monthly option on offer starting at $9.99 but sign up for a year and that drops to the monthly equivalent of $5 – with our Pocket-lint discount.

For people who travel a lot or like to work out of coffee shops and make prolific use of public Wi-Fi hotspots, KeepSolid could be the VPN you need to keep your internet use private and unrestricted.

Thanks to more than 400 servers located across 80 locations, and support for five devices ranging from Windows PCs to Android and iOS smartphones, KeepSolid provides a VPN service with solid performance and a decent range of configuration options, without becoming too complex for the average user.

One particularly interesting feature is KeepSolid disguises its VPN traffic as HTTPS traffic, which allows it to bypass blocks in nations which have banned the use of VPNs and have restricted access to the internet.

Fans of torrenting should be aware that while BitTorrent is supported, torrents are not supported across all servers and accessing region-specific Netflix is also currently unavailable. 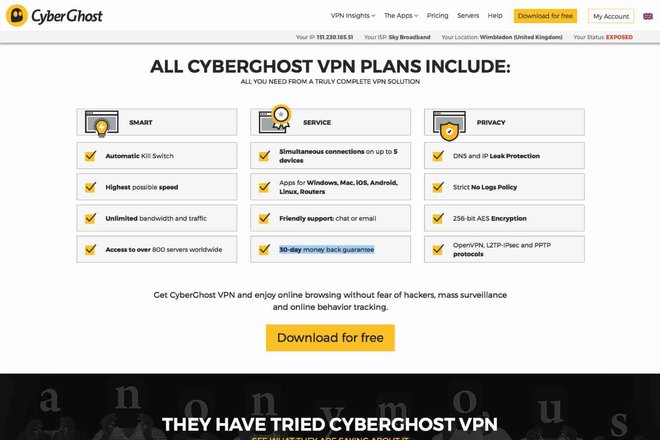 To make things easy for beginners, CyberGhost’s interface asks people what they want to use the VPN service for, whether that’s for surfing anonymously or torrenting, rather than ask users to select a server. Pretty much everything you need from a VPN has been designed to be enabled through just a single click.

There are more options available for more experienced users to dig into as well, such as being able to set up a proxy server, and live chat support is on offer if you need help to get more out of the service.

CyberGhost still offers access to more than 5,800 servers spread across 90+ countries, with seven connections, if you decide you want to use it on your smartphone and tablet rather than just a Windows or Mac machine – and it now support Netflix, Hulu, HBO and Sky streaming. 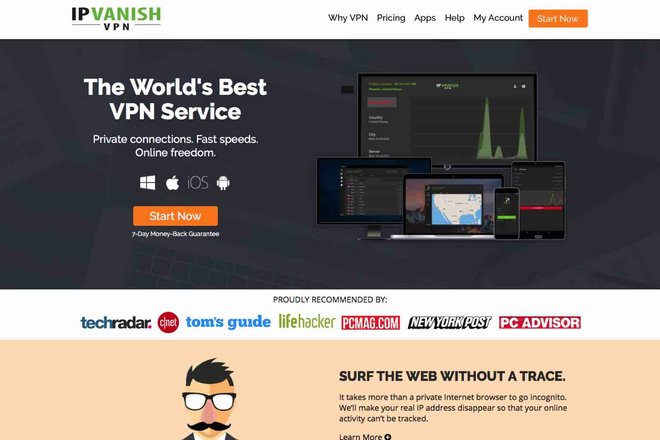 Aimed at providing a high quality service over cost-savings, IPVanish is one of the more expensive VPN services in the market. But IPVanish boasts the fastest VPN connections with more than 1,300 servers in more than 75 countries, and offers unlimited bandwidth for those connections.

Alongside offering geographically diverse server locations, it provides support for P2P connections, anonymous torrenting, and access to censored websites and apps. And it will do this while keeping your connection secure with 256-bit encryption and zero traffic logs.

The user interface of IPVanish isn’t the most beautiful, offering function over form, but 24/7 support is available and there’s a 7-day money back guarantee if you don’t find its performance and support for up to five devices to be up to scratch. 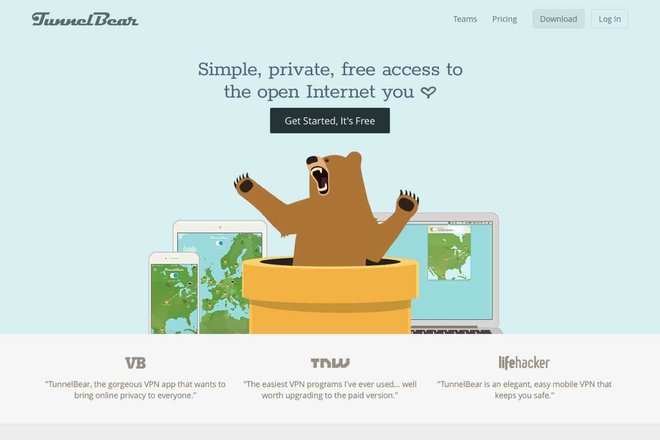 You can sign up to TunnelBear for free and get 500MB per month of data use, while a tweet to the service can win you another 1GB. Opt for the $9.99 a month package and the data is unlimited,

Sometimes you just want an easy way to get started with VPNs, that’s TunnelBear’s greatest strength. User friendly and easy to set up, TunnelBear works across a variety of devices, including Windows PCs, iPads, iPhones and Android devices.

TunnelBear might not have as many servers on offer as other VPN providers, but the Canada-based service still covers more than 20 countries and can be used with up to five devices per account.

A lack of technical jargon comes with the caveat that there’s not a lot of options and features for advanced users to deeply customise their VPN configuration. But its ease of use is handy for people who want to quickly setup a VPN for streaming Netflix or using gaming services from abroad.

TunnelBear is also proficient at protecting privacy thank to avoiding logging session data and IP addresses assigned to the account, and applying 256-bit encryption to connections. 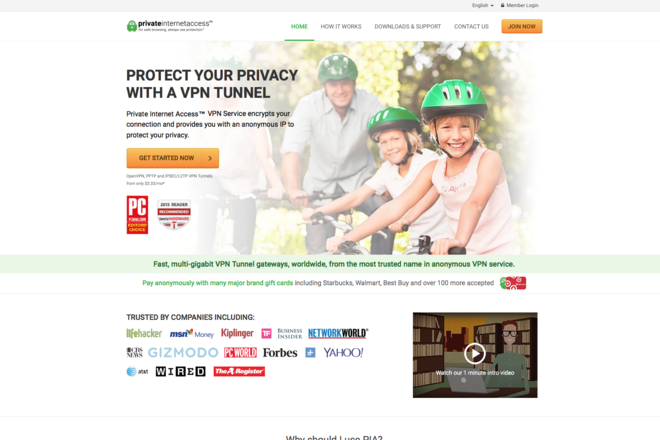 In contrast to the more straightforward VPN services, Private Internet Access has been designed to help power users get the most of of their VPN connections.

Private Internet Access comes loaded with support for all manner of platforms, including Chromebooks and routers, as well as support for P2P connections, unlimited bandwidth and a policy to not log any activity.

Access to a maximum of five device connections is on offer, and those devices can access some 3,300+ servers across 32 countries, with Private Internet Access claiming that these are real locations with access to real “bare metal” servers, though users are not able to select specific servers.

For both privacy and flexibility, there’s a kill switch, ad-blocker and anti-tracker tools, while the ability to pay for the service with bitcoin adds another layer of anti-snooping.

The interface leaves a little to be desired in terms of slickness and clarity of information, but people familiar with using VPNs and keen to make use of the features Private Internet Access offers will not likely be put off by the user interface. 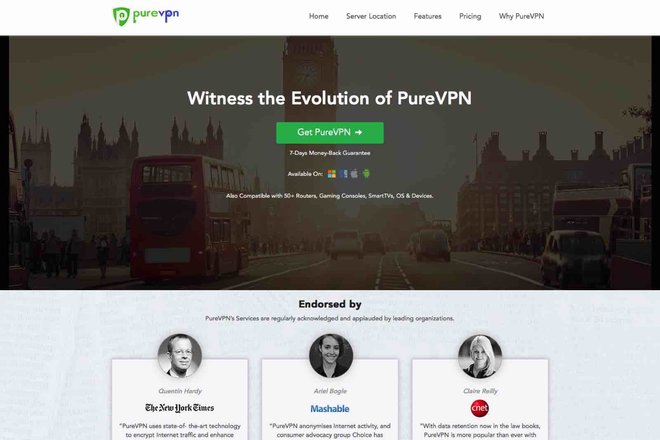 PureVPN has a 3-day paid trial account, the service assures users the safety of their money with a 31-day, no-questions-asked refund policy – features can be unlocked at a price of $10.95 a month.

A big name in the VPN world, PureVPN is aimed at people who want some of the fastest connections around, as well as a wealth of connection options and PureVPN leads the industry with its 2,000+ servers and 300,000+ IPs.

The service boasts compatible applications for all the leading operating systems, internet-enabled devices, and consoles. Moreover, its smart user-interface along with intuitive functionality provides users a seamless user experience across screens.

PureVPN employs 256-bit AES encryption to secure users’ data against prying eyes. It uses Split Tunneling to give users the ability to work with a local network and the VPN simultaneously. The IKS ensures that the users’ VPN activities remain anonymous in the event of a connection drop. 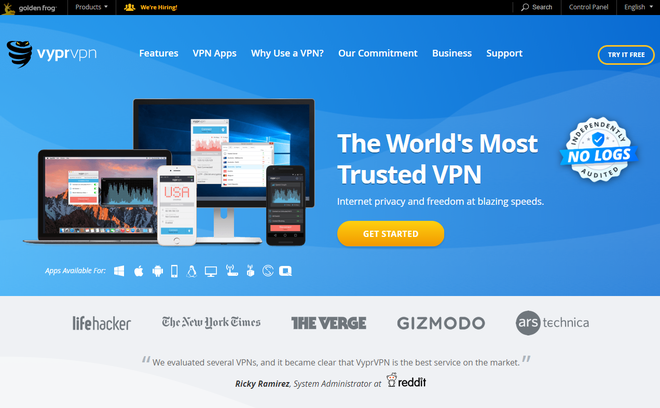 VyprVPN is another VPN focused on the sweet spots of performance and security, offering speedy connections mixed with features like a kill switch, 256-bit encryption and more than 200,000 IP addresses to choose from.

More than 700+ servers across 70 plus locations gives VyprVPN the reach to appeal to all manner of users, whether they’re trying to access a wide range of gaming and streaming services or get around government censorship of certain websites and apps, thanks to VyprVPN’s proprietary Chameleon technology.

A clean yet informative user interface provides all you need to set up connections for a good range of devices, from Windows and Mac machines to iOS and Android smartphones.