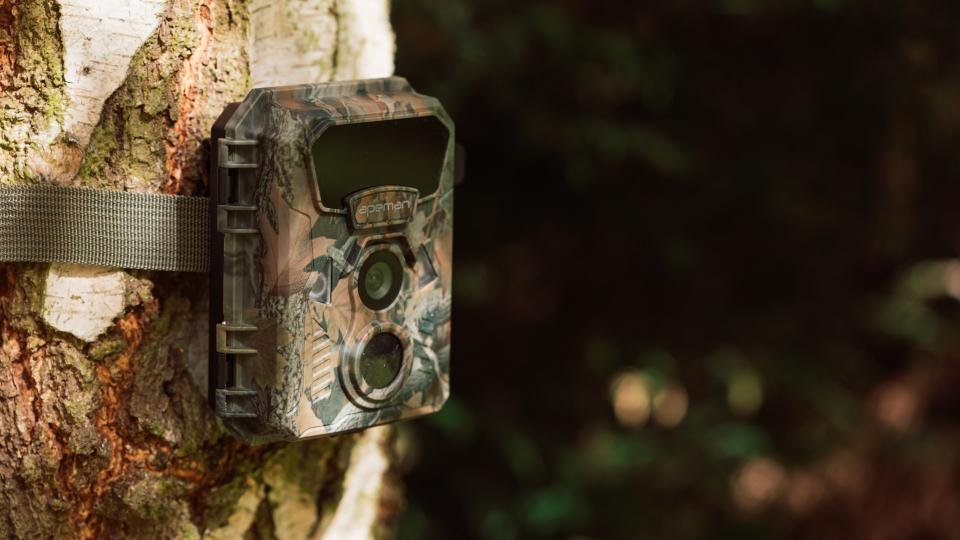 The best wildlife cameras can bring the nature in your garden to life, by letting you get up close and personal with all the animals you share your space with.

Wildlife cameras, or trail cameras, are small devices designed to allow you to observe what goes in your garden when you’re not around. They detect motion and, once triggered, automatically begin filming or photographing. Most even feature infrared lamps, allowing them to work at night, too.

Whether capturing birds, hedgehogs, foxes or badgers – and deer if you’re lucky – wildlife cameras are a must-have for nature enthusiasts. They can even be used for a little added home security, or simply for seeing what your pet gets up to when your back is turned.

If you’re new to wildlife cameras, you’ll find our handy buying guide below. It demystifies some of the specifications and highlights key features to look out for, and is followed by our pick of the best wildlife cameras on the market.

How to choose the best wildlife camera for you

What is a wildlife camera?

While they come in a variety of styles and offer a range of different features, at their most basic level wildlife cameras, or trail cameras, are devices designed to be set up outside to film or photograph animals. They’re fitted with motion detectors, allowing them to start filming or photographing as soon as an animal passes by, and will usually feature some form of infrared flash, allowing them to ‘see’ in the dark. The images are saved to a memory card that you can pop into your computer, and some models allow you to download the files wirelessly over Wi-Fi.

What can I photograph with a wildlife camera?

The animals you can observe will depend on your local area and where you install the camera, but birds, foxes, hedgehogs, badgers, deer and the neighbour’s cat are all common subjects.

How do I install a wildlife camera?

The vast majority of wildlife cameras come with a nylon strap, with which you can quickly and easily secure them to tree trunks and branches, fence posts, drain pipes or just about anything you can fit the strap around. Many also have 1/4in threads built into the base for attaching to standard-sized tripods, mounts and brackets.

What features should I look out for?

Detection range: The detection range tells you the maximum distance at which the camera’s motion detector can be triggered. The right detection range for your needs will depend on where you plan to position the camera and the size of animals you’re hoping to observe. For nighttime photography, it’s also worth taking into account the camera’s flash range as this can sometimes be different, and indicates how far the camera can see in the dark.

Flash type: If you want to see animals that come out after the sun goes down, a flash is a must. Rather than producing the bright shock of light typical of a conventional camera flash, most wildlife cameras employ an infrared lamp. This allows it to capture black and white videos and images without disturbing any animals. There are two types of infrared flash: low glow and no glow.

Low glow flashes emit 850nm wavelength light, which although almost invisible to the naked eye can cause the lamp to glow a dim red, potentially disturbing highly sensitive animals. No glow flashes emit 940nm wavelength light which is completely invisible, running no risk of scaring wildlife. While no glow flashes are more discreet they’re often not as bright, resulting in a shorter effective flash range, and they’re almost always more expensive than the low glow equivalent.

Trigger response time: A camera’s trigger response time refers to the delay between an animal appearing and the camera responding. Generally speaking, the shorter the response time, the better. Too slow, and the animal may have already left before the picture has been taken – but anything below 0.5 seconds should fare just fine.

Recovery time: Also important is a camera’s recovery time. This is how long the camera takes to process an image before it’s ready to take another shot. A shorter recovery time allows the camera to fire off more shots over a shorter period, increasing the likelihood of capturing a keeper.

Additional features: Depending on how you plan to use your wildlife camera, you may want to check what power options are available. Most wildlife cameras take standard AA or AAA batteries, but some also support mains or solar power for reduced maintenance. The inclusion of a digital viewfinder is also nice to have as it allows you to be more precise while framing your shot. And, if you want to capture audio alongside your video clips, you’ll need to check that the camera you’re considering includes a microphone.

Do I need a 4K or high megapixel wildlife camera?

Do a little shopping around and you’ll quickly come across wildlife cameras that advertise high resolution 4K video and high 20+ megapixel still images. While these certainly seem like nice specs to have, in reality you’ll find that most devices capture their video and still images at a much lower resolution and then upscale the files digitally for playback. The results will generally play a little better while played back on your computer but don’t expect true 4K or for the quality to rival a similarly specced smartphone camera.

The best wildlife cameras to buy in 2022 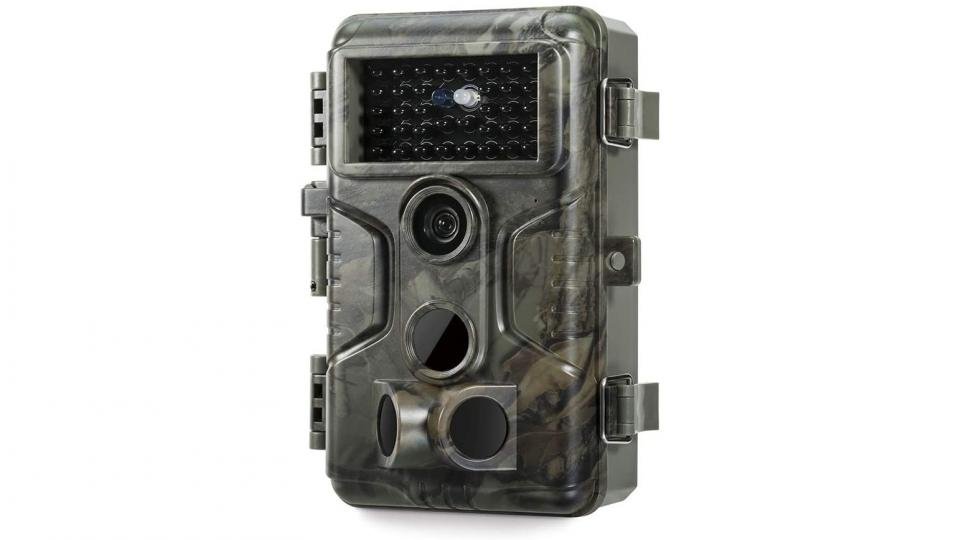 Solidly built, easy to use and capable of producing excellent results, the GardePro A3S is the best all-round wildlife camera for less than £100.

The A3S stands out from the competition thanks to its low-light optimised Sony Starvis sensor. Usually found in security systems and high-end webcams, this sensor, paired with a bright f/1.6 aperture lens, enables the A3S to capture quality images day and night. Still images are captured at up to 24 megapixels and videos are recorded in full HD. There’s a microphone onboard for audio capture, too.

Set up is straightforward thanks to its internal display and intuitive menu system. Impressively for the price, the A3S packs a 940nm no glow flash. Completely invisible to the naked eye, this flash allows the camera to capture photos and videos in pitch darkness without disturbing any nearby wildlife.

The A3 can be powered by eight AA batteries or via a 12v input and records straight to standard sized SD cards. 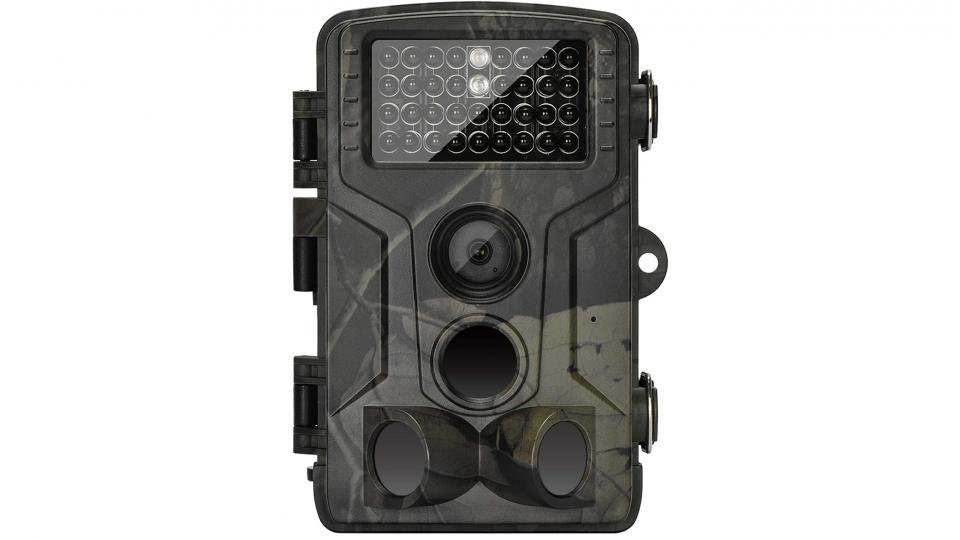 While its name may not exactly roll off the tongue, the TCNEWCL Trail Camera offers the complete wildlife camera package at a budget-friendly price.

It’s well built, IP66 weather-resistant and, thanks to its internal display, straightforward to use. Stills are saved at up to 20 megapixels, and videos are recorded at 1080p. While there’s certainly some digital upscaling going on, the files deliver clear levels of detail, day and night.

Low light illumination comes courtesy of an 850nm low glow LED flash. Although not completely invisible to the naked eye, the flash causes disturbance to most wildlife, and with an illumination range of up to 25 metres it’s ideal for larger gardens.

Photos and videos are recorded to a micro SD card and you can plug the camera into your computer directly via USB. The camera can be powered by a set of eight AA batteries or via an external power input. 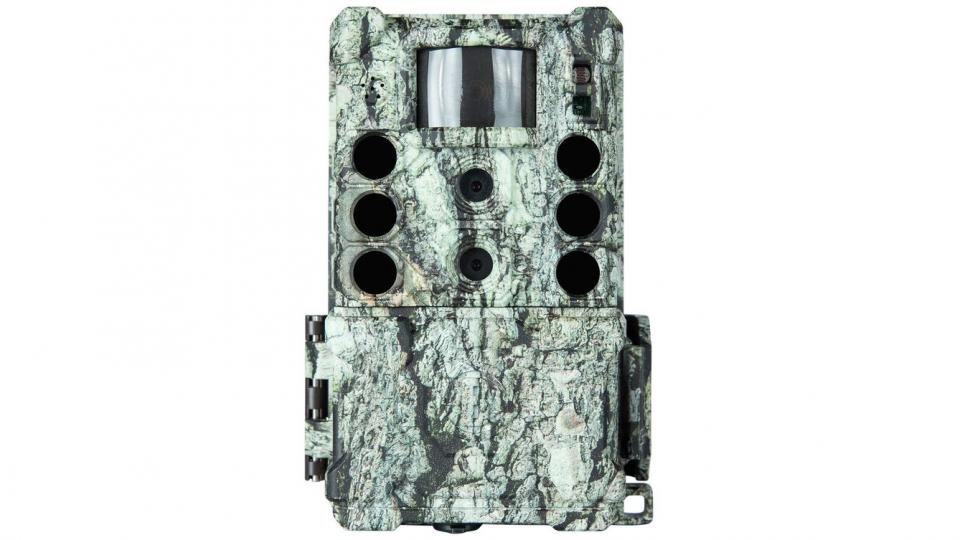 It’s pricey but if you want to capture high quality images day and night, Bushnell’s Core DS-4K is one of the best options around.

Unlike the vast majority of wildlife cameras, the Core DS-4K features a dual sensor configuration. This means that, rather than relying on a single lens for both colour daylight and monochrome nighttime shots, the Core DS uses two independent sensors. With cameras optimised to different lighting conditions, it’s able to capture richer images both day and night.

As the name suggests, the Core DS-4K can record video footage in 4K at 30fps or full HD video at a smooth 60fps. Still images are captured at up to 32 megapixels and it can snap up to six images in a single burst, helping ensure you get that perfect shot. The DS-4K’s powerful 940nm no glow flash allows it to record subjects up to 33m away in pitch darkness.

The camera can run for up to 12 months off of a single set of AA batteries and is also compatible with Bushnell’s solar panel system. 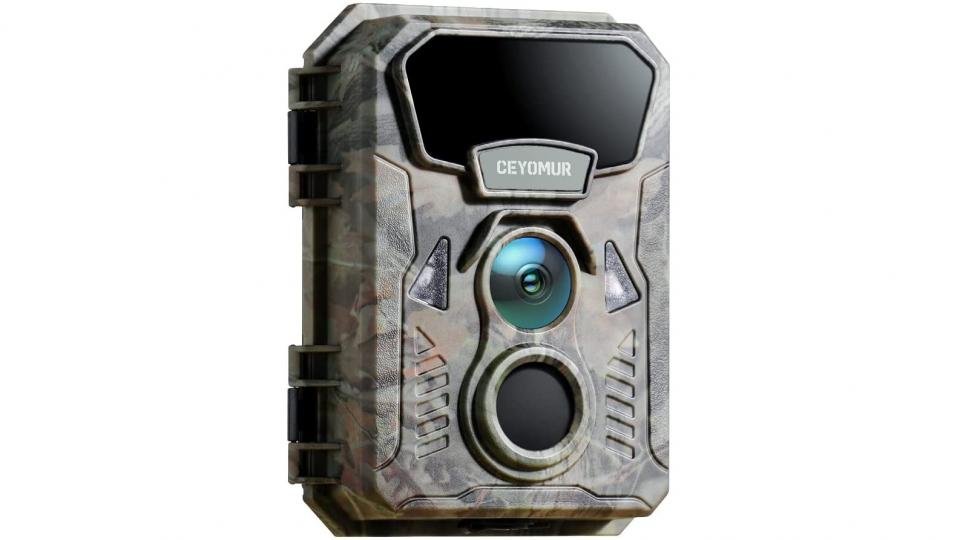 As small as the palm of your hand, the CY40 Mini Wildlife Camera is perfect for discreet placement.

The CY40 is simple to set up, with a video viewfinder for framing and an easy to navigate user interface. Videos can be saved at up to 1080p resolution and stills at up to 16 megapixels. While it doesn’t capture the cleanest footage during daylight hours, when colour video can be a little grainy, night shots are impressively clear and, thanks to its infrared lamp, nicely illuminated.

The 850nm lamp, although not truly invisible to the naked eye, offers little disturbance to most garden visitors. With an effective flash range of 10m, it’s not the brightest in our lineup but will work well in smaller gardens where brighter flashes can risk overexposing the subject.

The camera records directly to micro SD cards and is powered by four standard AA batteries. 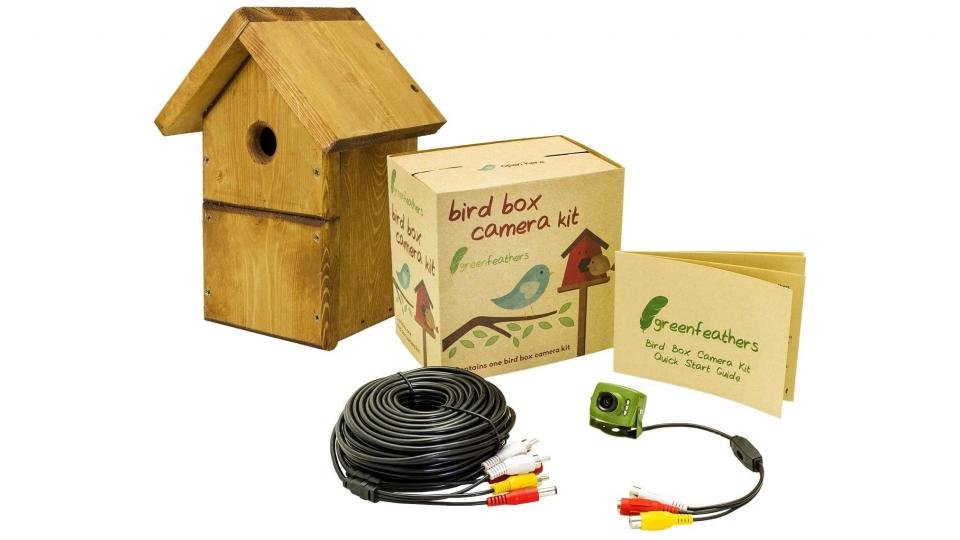 If you prefer to think a little more inside the box, the Green Feathers Wildlife Kit lets you get truly close and personal with local birdlife. Rather than being a standalone camera, the Green 700TVL is built inside a bird box.

It features a small no glow lamp, allowing you to peek inside the box day and night, and connects directly to your television via a 20 metre cable. It uses a standard RCA cable; an HDMI adapter is included to upscale the footage but raw image quality is limited to standard definition.

There’s a little DIY involved in getting the box and cabling installed, but the camera itself is essentially plug and play and, once you’re hooked up, you’ll have access to your own live bird box video feed.

If you need something a little higher-resolution, a 1080p bird box kit is also available.