You may have noticed that Microsoft no longer sells codes for Xbox Live Gold subscriptions, but that doesn’t mean that you can’t find them anymore. In fact, there are some pretty great Xbox Live Gold deals available from various retailers around the internet, and we’ve taken the time to round them up here for you to be able to easily access them.

Should you buy a digital code or physical card?

There’s no right or wrong method when it comes to buying an Xbox Live Gold subscription, but if you are looking for a deal you are most likely going to have to buy a digital code instead of a physical card. It’s not as frequent that we see deals on physical cards as we do codes from various online retailers, but that’s not to say we never see them.

Both the digital codes and physical cards work in the same way and can be added to your account and stacked. The best option you can buy is the discounted one.

If you aren’t quite ready to commit to a long-term subscription, the three-month offering may be the one to go with. It provides you enough access to play games with your friends, get through some tough times, and doesn’t set you back too much money in the long-run.

This is the middle of the road subscription and is great for people who like to game in the colder seasons but don’t seem to need as much time to game in the warmer months, or the other way around. It gives you access to the service for six months at a time.

The annual subscription is the most popular one for Xbox Live Gold, and that’s because most people play games all year round. These memberships can stack on top of each other, so if you find yourself in the position to buy multiple at a discount, you can and they will just run in sequence until the end of the purchased time.

Xbox Live Gold vs. Xbox Game Pass Ultimate: Which is best for you?

If you play a lot of games, you might consider picking up Xbox Game Pass Ultimate instead. Game Pass Ultimate gives you access to over a hundred games to play on your Xbox, PC, or Android device and comes with Xbox Live Gold baked in. For new subscribers, it only costs $1 for the first month. Annually, it costs $180 which is roughly the same as subscribing to Xbox Game Pass ($10 per month at $120 annually) and the 12-month Xbox Live Gold subscription ($60 annually), which when combined, make it among the cheapest ways to get Xbox Live Gold. 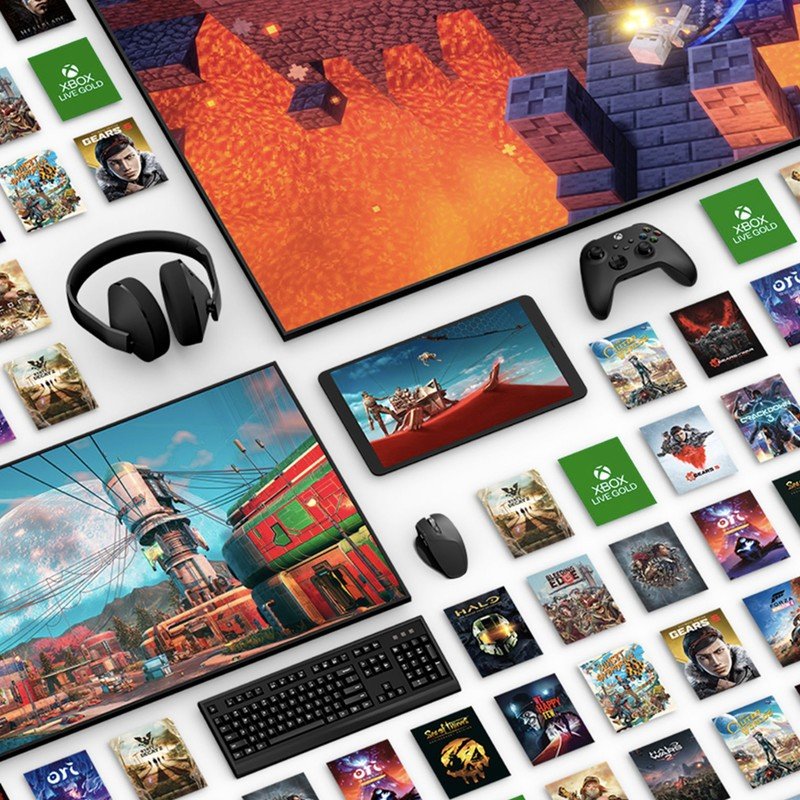 Get three months of access to over 100 Xbox One and Xbox 360 games to play at your leisure, including brand new games as soon as they are released. You’ll also get exclusive member discounts and deals, and Xbox Live Gold is included too!