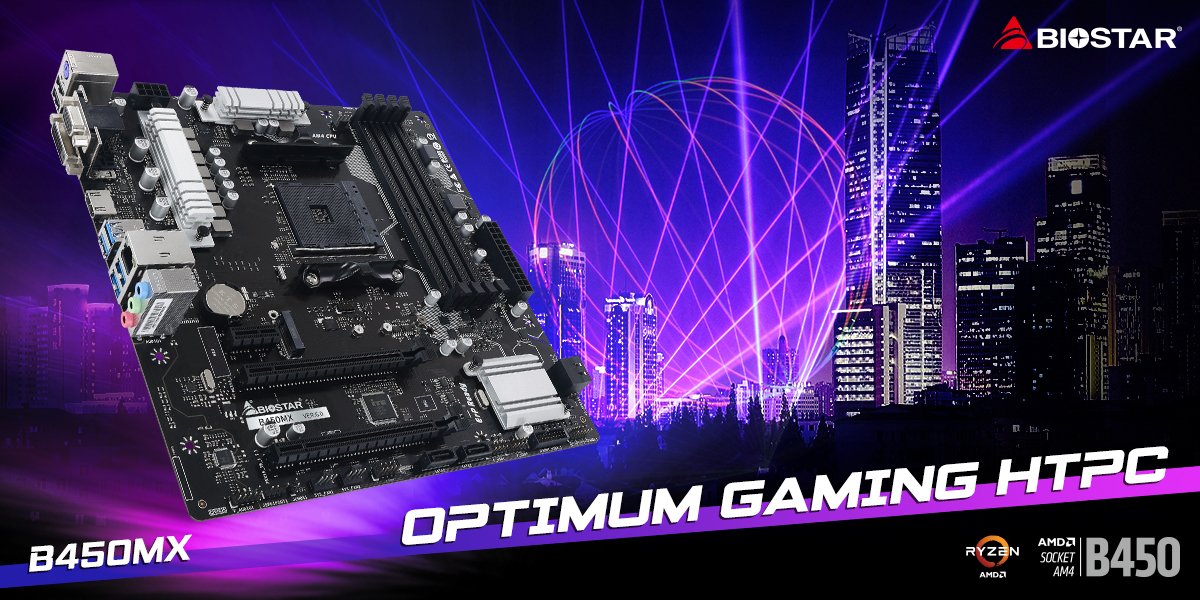 Designed to run the AMD Ryzen processors with AMD’s B450 single chip architecture, the new B450MX motherboard from BIOSTAR is sleek and refined ready to handle gaming and casual content consumption like a champ. 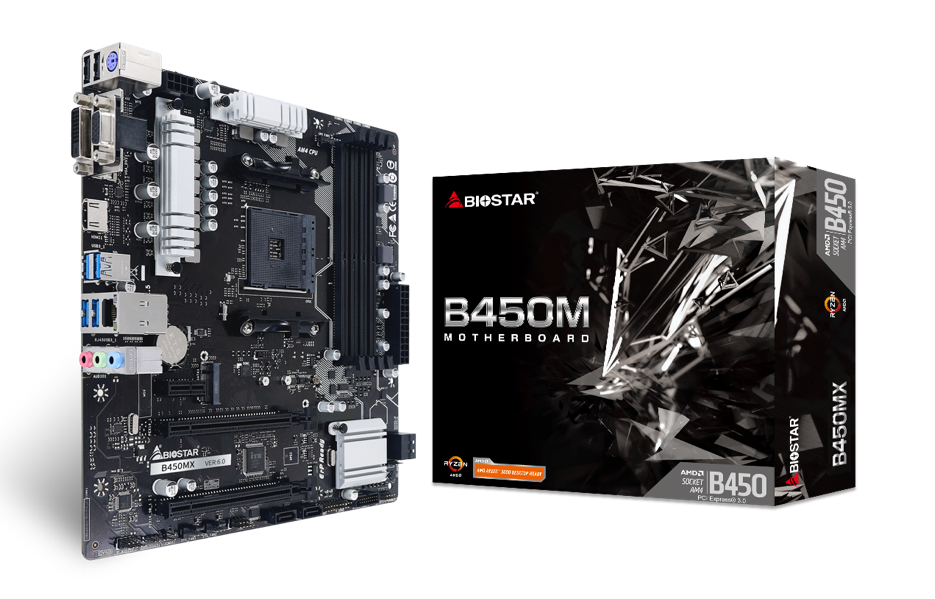 Capable of holding up to 128GB of DDR4 RAM across 4DIMMs with an overclock capability of up to 4000Mhz, the B450MX motherboard from BIOSTAR is packed with features and functionality to entice consumers who are looking for a reliable entry level motherboard with an affordable price tag yet still retain the best technology in the market. 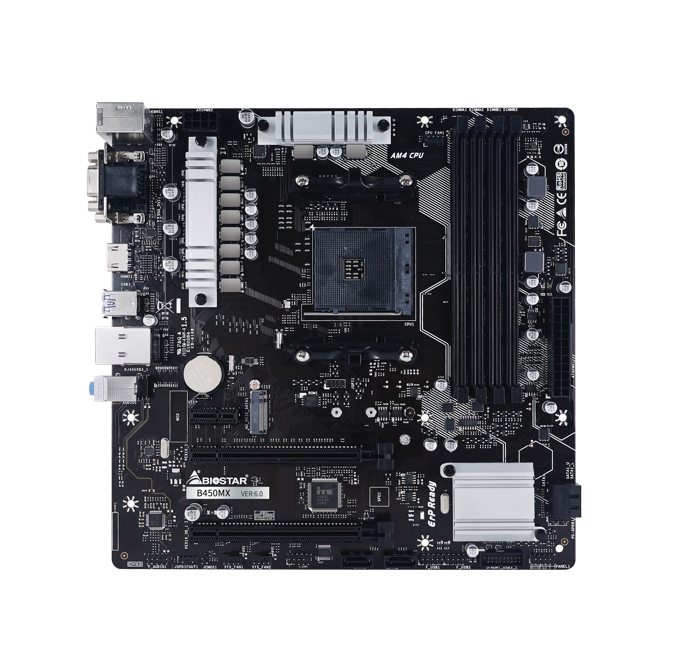 The B450MX motherboard is engineered with BIOSTAR’s signature Digital PWM technology capable of delivering stable power across the board enabling long lasting performance and reliability. Features like PCIe 3.0 fully take advantage of the digital PWM technology while stably delivering a bit rate of 8GT/s with enhanced signal and data integrity. 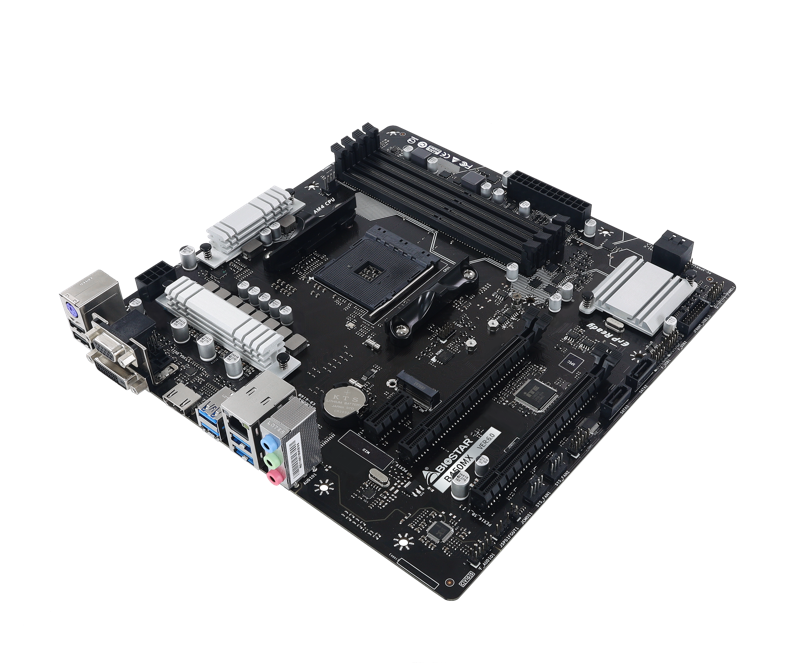 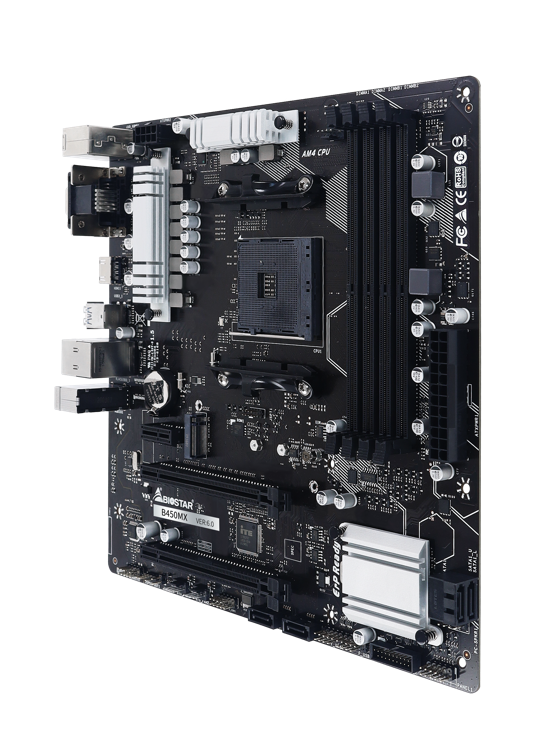 When it comes to Rear I/O the new B450MX has all the necessities covered to be a great motherboard for a home entertainment system with multiple connectivity options like 1 x PS/2 Keyboard/Mouse port for users looking to connect their old keyboard or mouse, multiple display outputs including 1 x DVI-D port, 1 x VGA port and a HDMI port that expresses bright and highly detailed content for users to enjoy lifelike images and video while enjoying gaming and casual content consumption.

In conclusion, the new B450MX motherboard from BIOSTAR is definitely a great, reliable option for users looking to build their next gaming rig without getting a hit on their budget while still getting some of the best technology for that price point in the market.