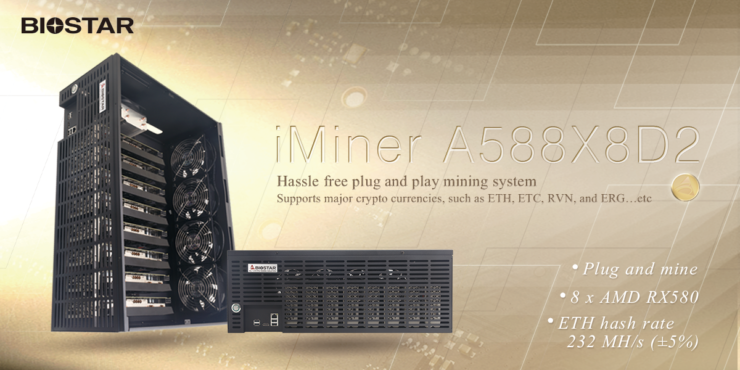 Yesterday, BIOSTAR announced that it was launching a new pre-built crypto mining system known as the iMiner A588X8D2 which features up to 8 Gaming-Ready Radeon RX 580 graphics cards.

We have seen how manufacturers have been supplying their gaming-ready NVIDIA and AMD GPUs to the crypto market in bulk but BIOSTAR has gone one step ahead in offerings its gaming graphics cards directly to the crypto mining segment in the form of its iMiner A588X8D2 system. If you didn’t know, BIOSTAR also manufacturers graphics cards, specifically AMD Radeon parts. Their custom RX 580 design has been out in the market for a while but to maximize their profits, the manufacturer has decided to repurpose the cards is designed for gamers for the crypto segment. 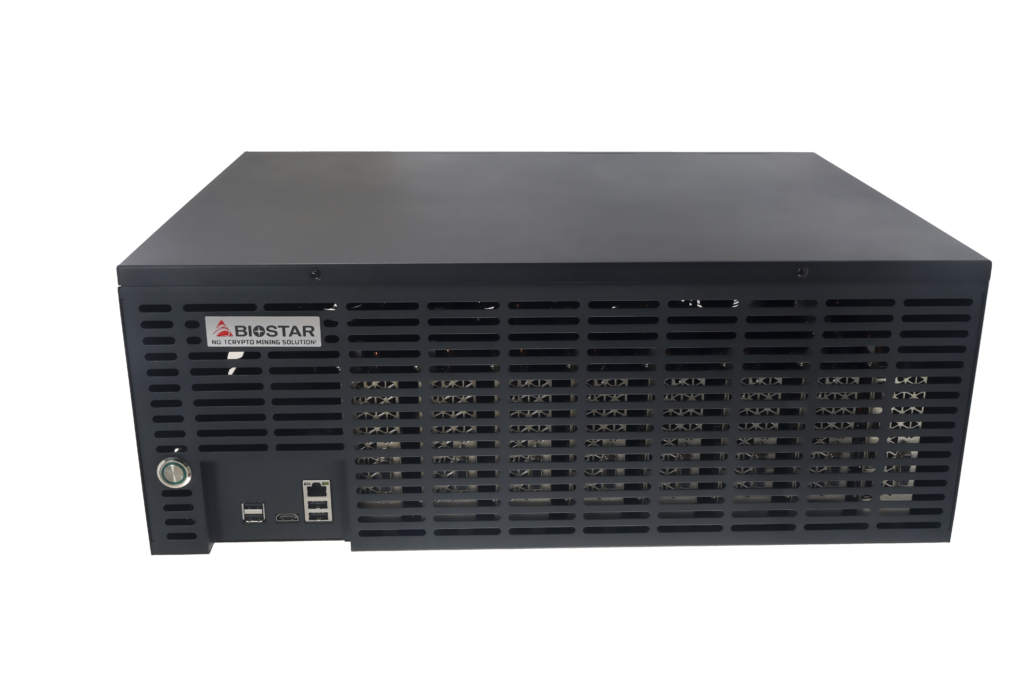 BIOSTAR is kind of late to this segment even though they have been offering mining-ready BTC motherboards for a while now. We know the ‘proof-of-stake’ for ETH will be hitting soon so the overall profits and ROI is going to drop tremendously for such mining systems but BIOSTAR has decided to get a last piece of cake while the segment still has some life left.

The system is straightforward, featuring 8 AMD Radeon RX 580 graphics cards with HMD as in the display outputs are there and buyers can sell the cards off later when they are done mining on them. It offers up to 232 MH/s ETH hash rate and is powered by an Intel G4900 CPU coupled with 8 GB of DDR4 memory. The system can operate on either Windows, Linux, or HiveOS. Following is the full PR for the system:

Designed and pre-assembled by BIOSTAR, the new iMiner A588X8D2 system brings plug and play mining capability to the next level. Packed with blockchain-grade high-end hardware, the iMiner A588X8D2 comes with 8 AMD RX580 graphic cards that dish out an ETH hash rate of 232 MH/s (±5%). Powered by Intel’s G4900 processor and an 8Gb DDR4 ram, the system can run Windows, Linux, or HiveOS.

The iMiner A588X8D2 system supports most major cryptocurrencies, such as ETH, ETC, RVN, ERG, Etc, further opening up a viable path for even inexperienced users to start a crypto mining operation without all the hassles of sorting out and assembling the hardware.

Furthermore, BIOSTAR guarantees availability in large quantities for any interested parties. It is a great opportunity for mining enthusiasts and professionals to get their hands on professionally assembled mining equipment in bulk.