The Black Shark 5 series is set to make its debut pretty soon. The phones, which are expected to be powered by the Snapdragon 8 Gen 1 and Snapdragon 870 SoCs, have now passed 3C certification. The certification shows that both models feature the ultra-fast 120W charging solution (via IT Home).

120W charging seems set to become the new standard for charging on gaming phones. A number of such devices from 2022 sport 120W or higher charging capabilities, including the Redmi K50 Gaming Edition, REDMAGIC 7 series, and the Lenovo Legion 3 series. The Black Shark models will only be joining the crowd. 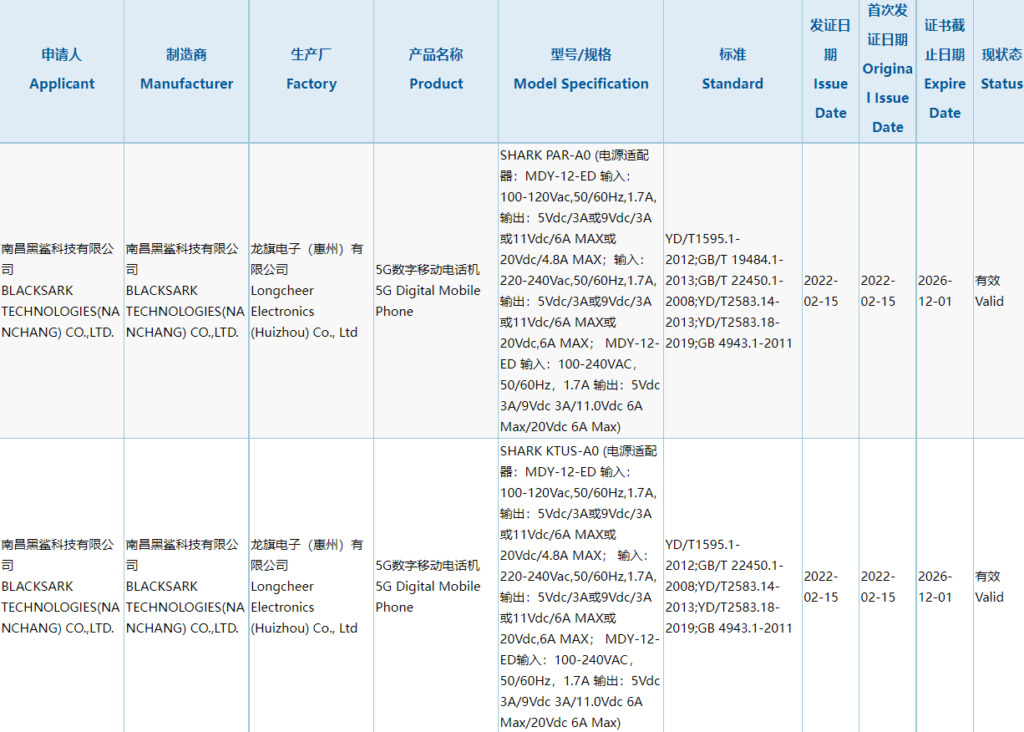 Tipster Digital Chat Station had earlier revealed that the series is comprised of two models — the Black Shark 5 and the Black Shark 5 Pro. Among them, the standard Black Shark 5 comes with a 6.67-inch FHD+ high refresh rate AMOLED display. It will be likely powered by the Snapdragon 870 that will be supported by 12GB of RAM. Its battery will be sized 4,650mAh, meaning it could be filled up from 0-100% in a matter of minutes.

The more premium Black Shark 5 Pro uses a similar 6.67-inch FHD+ high refresh rate AMOLED display but has a beefier chipset in the form of the Snapdragon 8 Gen 1. It features a 13MP camera upfront and a 108MP primary camera at the rear. The phone measures 163.86×76.53×9.8mm and weighs 226g.

A report from last month had revealed that Tencent Group is planning on buying the Black Shark brand and integrating it with its own Content Business Group. If the deal goes through, Black Shark’s future business focus might shift from gaming phones to VR devices.