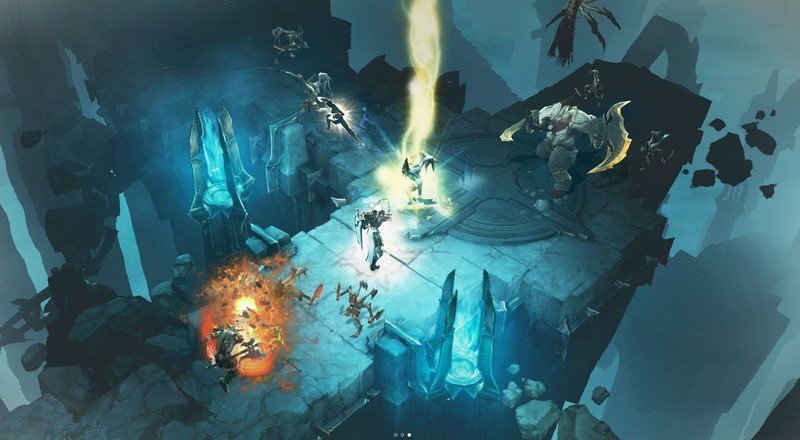 Diablo III is great, but its resolution is not so great on Xbox Series X.

Diablo III is an action RPG from Blizzard and is arguably one of the best games on Xbox. It’s also set for a huge sequel in the form of Diablo IV. While we wait for the fourth installment, Diablo III and Diablo II Resurrected are keeping us going, but if you’re a Diablo player on Xbox Series X, you might have encountered this annoying bug.

On Xbox Series X consoles, Diablo III runs in backward compatibility for the Xbox One S. This means that the game is locked to a paltry 1080p resolution. Obviously, the Xbox Series X is more than capable of running the game in 4K, given that the Xbox One X did just that. But up until now, Blizzard hadn’t even acknowledged the bug. Thankfully, it seems that a fix is finally going in.

A reddit thread popped up claiming that it had been fixed, but it was later removed for being incorrect. Offering an update on Twitter and the Diablo forums, Diablo community lead Adam Fletcher said that Diablo III will return to its UHD glory on Xbox Series X in an upcoming patch.

This isn’t fixed… yet. But we have a fix and it will be in for the next season. Requires a patch. https://t.co/3HUwuJwSpa

While there’s no exact word on the timing of Diablo 3’s next season, it’s widely expected to appear sometime in Spring, as Season 25 continues to play out. Season 25 added new mechanics to the game in the form of Soul Shards, which give unique modifiers to enhance your playstyle. Diablo 3 seasons typically come with unique cosmetics and new items too, and Season 26 will likely be no different. The season will also come with the resolution fix for Xbox Series X players, and it’s a little unfortunate that it’s still a few weeks out, but at least a fix is coming.

Diablo IV looks like it’s shaping up nicely, though, and if Microsoft manages to complete its mission to acquire Activision Blizzard, we could see all Diablo games end up in Xbox Game Pass in the future.