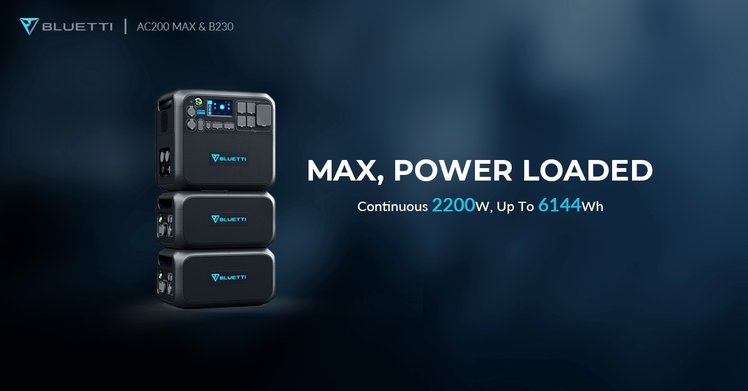 Whether you’re going on an ambitious camping trip or simply looking for a backup power source to protect you from loss of power during weather events or any other circumstance, having a power station on hand can be an absolute life-saver.

Bluetti makes some of the most impressively powerful and portable power stations we’ve ever come across. Now, after the phenomenal success of its last launch, the AC200 in July 2020, it has two new models hitting the market: the AC200 MAX and AC300. Find out what makes them special, right here.

The AC300 is a radical new direction for Bluetti’s power stations, with a seriously interesting design change that sees it ditch the internal battery pack to go for a more modular approach. Instead, you can add external battery packs into the system, letting you control what capacity you need and create a system that works best for you.

The big upside is that the AC300’s weight is massively reduced as a result, making it easy to carry around and move, and the flexibility it offers is really special. It’s a life-saver when it comes to moving around, too – going unit-by-unit is way easier on your back than trying to pick everything up at once, trust us! 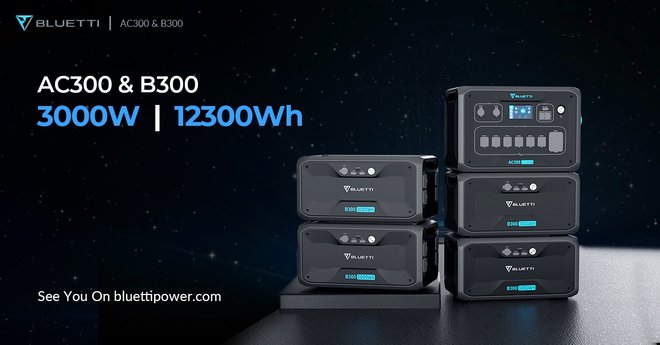 Under the hood, things are similarly impressive – there’s a 3,000W pure sine wave inverter and an MPPT controller which can support up to a staggering 2,400W of solar charging. A single AC300 supports up to four battery packs for a whopping total of 12.3kWh of capacity. To take that even further, with Bluetti’s Fusion Box Pro, you can connect two AC300s to double your power and capacity at the same time!

That means up to 6,000W of continuous power, 24.6kWh capacity in total, and 10.4kW of groundbreaking solar input capability! This setup can be an emergency power center and run your home essentials for over a week, or with enough solar panels, you can even run your entire whole house, off-grid literally indefinitely.

Taking a more gentle approach to an upgrade, meanwhile, is the AC200 MAX, which looks identical to the super-successful AC200P.

In practice, that means the AC200 MAX features higher continuous output power, at 2,200W, from its pure sine wave inverter, along with a 100W PD3.0 USB-C port, an upgraded MPPT controller which now handles up to 900W of solar input and a built-in 30A NEMA TT-30 outlet designed especially for the RV crowds. 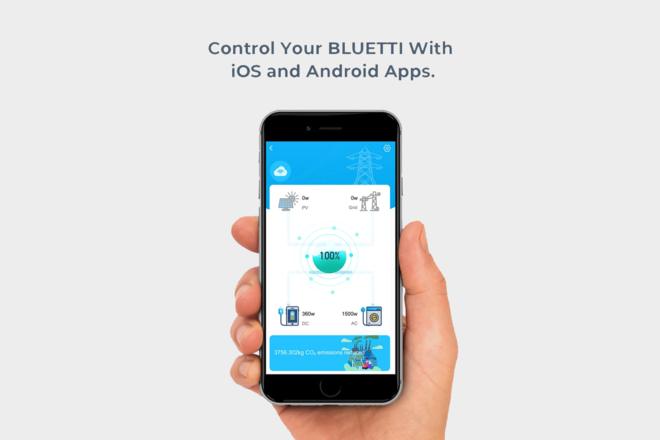 Most importantly of all, finally, the Bluetti AC200 MAX supports a Bluetooth connection and can be controlled wirelessly with the new Bluetti Smartphone App (iOS and Android). That makes it extremely simple to use and set up, great for someone who isn’t totally expert on power standards.

Best of all, for both of these new models there’s no crowdfunding or long wait times – they’ll both be launching on Bluetti’s website very soon and available for direct purchase, so that you can get your hands on them as quickly as possible. Orders will begin in late August 2021.