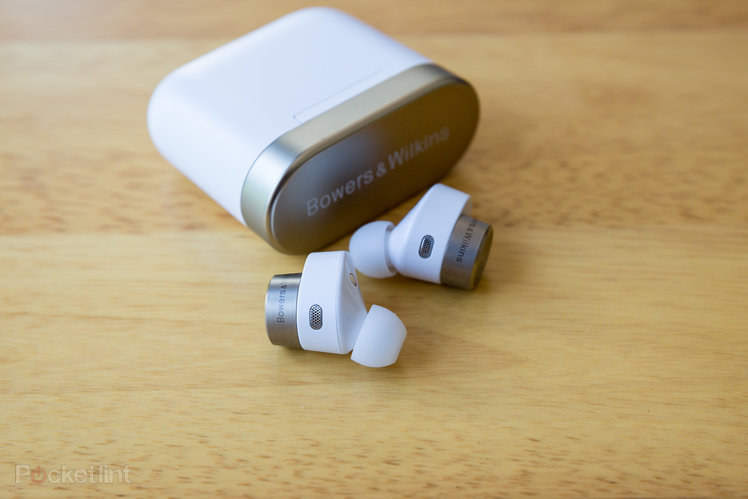 Audiophile brand Bowers & Wilkins has always taken its sweet time in adopting new technologies. It told Pocket-lint in the past that this is intentional – it likes to wait until the market matures and its own high audio quality standards can be met.

It was relatively late to market with a Bluetooth speaker and wireless heaphones. And, it only adopted active or adaptive noise-cancellation when it was sure its tech wouldn’t hamper audio performance.

That’s why it is also late to the party with true wireles in-ears. And, do you know what, we don’t mind. The flagship Bowers & Wilkins PI7 in-ear true wireless headphones are proof positive that a softly softly approach can reap dividends.

In many ways, these ‘buds remind us of the excellent Sony WF-1000XM3 earphones. Except smaller, more confortable, and with even more musicality. That’s the benefit of hindsight in effect right there.

What you get in the box

When you open the box, you see a tasty-looking, small-scale case. It’s a bit larger than an Apple AirPods equivalent but a lot smaller than many we’ve also had through the Pocket-lint testing bed. 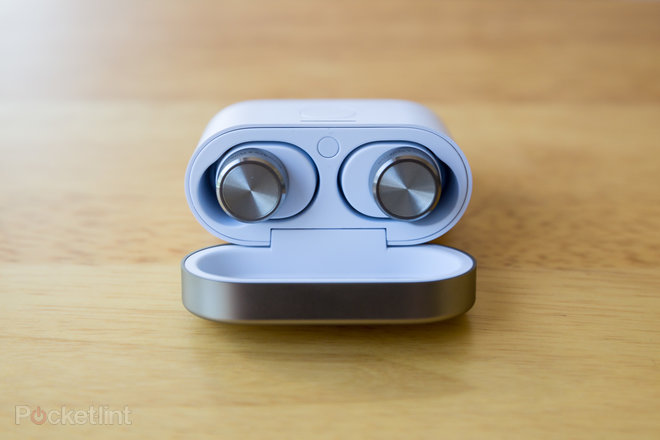 The case comes with a USB-C port and a couple of buttons, including a Bluetooth pairing button that allows you to connect it to your device without needing to take out the ‘buds.

A USB-C to USB-C cable is included, but you’ll have to provide your own charging plug. That does mean it is capable of being fast charged, though. It can also be charged wirelessly, if you have a Qi mat handy.

The case has a further neat trick up its sleeve too: it can also act as a Bluetooth transmitter. Using an additional included USB-C to 3.5mm mini jack cable, you can plug the case into any source and transmit audio to your PI7s wirelessly.

This feature could be great for listening to in-flight entertainment – rather than buying something such as the RHA Wireless Flight Adapter – for example, or for using with a Nintendo Switch, which doesn’t currently support Bluetooth headphones. The case will also pair with other Bowers & Wilkins wireless headphones – such as the B&W PX7 released in 2020 – so can simultaneously transmit audio to those too.

The Bowers & Wilkins PI7 in-ears are beautifully designed. We are testing the white version – they are also available in charcoal.

They are extremely comfortable and light, with a matte finish to the plastic and neat metallic element on the outer tips. It’s meant to be a gold finish but, depending on the light, can look gunmetal grey at times.

The eartips are silicone, with the medium sized tips on the earbuds as default. You get a couple of extra silicone tips in the box, in small and large. 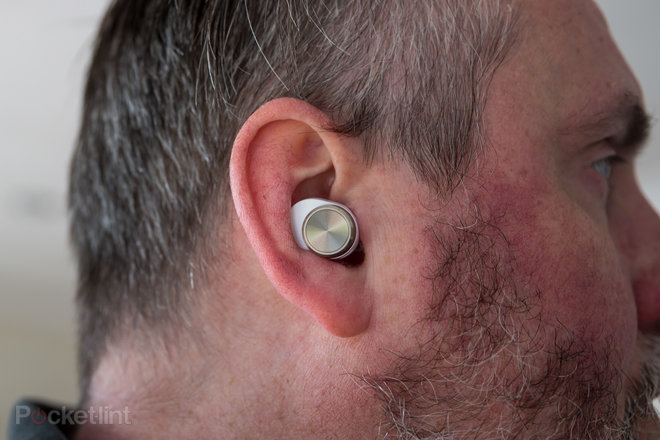 In our ears, they fit very well indeed and are extremely comfortable. We wouldn’t imagine getting earache from these over long periods, unlike some competitors (although these first impressions are based on having the PI7s for a few days, so a full, in-depth test is yet to follow).

What we will say though, is that as the larger plastic section needs to fit inside the bowl of your ear, some with smaller ears may struggle to place it successfully.

The ‘buds are water- and dust-proof, which is great for indoor workouts. But, we’re not sure they’re secure enough for running outdoors. Very few non-sport TWS in-ears are, to be honest.

There are touch controls on each of the earphones. You can tap to take a call, pause, play and rewind music, and adjust noise-cancelling and activate your chosen voice assistant. There are also wear sensors on each, so when you remove either, the music stops. It plays automatically when you put them back in.

Setting up the Bowers & Wilkins PI7 in-ears is a doddle. For iPhone users, you just need to head to your Bluetooth settings screen and press the button inside the case for a couple of seconds. The headphones should appear in your list for connection. 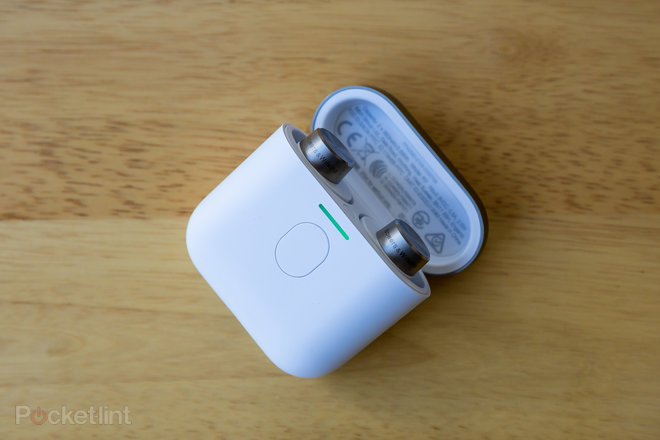 It’s even easier on Android devices with Google Fast Pair enabled. Just place the case nearby and open the case lid. Then follow the instructions on your phone.

You also need to download the Bowers & Wilkins Headphones app to control a couple of the features and/or update the PI7s or their case. Once paired via Bluetooth, you can search for your in-ears through the app – this will bring up a dedicated settings section.

The app will also show you the battery status of each earbud and the case. It gives you control over the adaptive noise-cancellation tech (switching it on or off, or choosing whether to have it automatically adjust depending on your surroundings). You can also change the strength of the noise-cancelling effect via a transparency slider.

Battery life is claimed to be up to 4 hours of playback for each ‘bud, with a further 16 hours from the case. We are yet to test that fully.

We’ve been hugely impressed by the audio performance and signature in our listening tests so far.

The B&W PI7 headphones support Qualcomm’s aptX Adaptive lossless wireless tech, although we’re yet to give that a thorough workout. We have, though, streamed plenty of Tidal Masters tracks via an iPhone 12 Pro Max.

Naturally, this isn’t the best we could get but it’s close to what we expect most users will acheive. 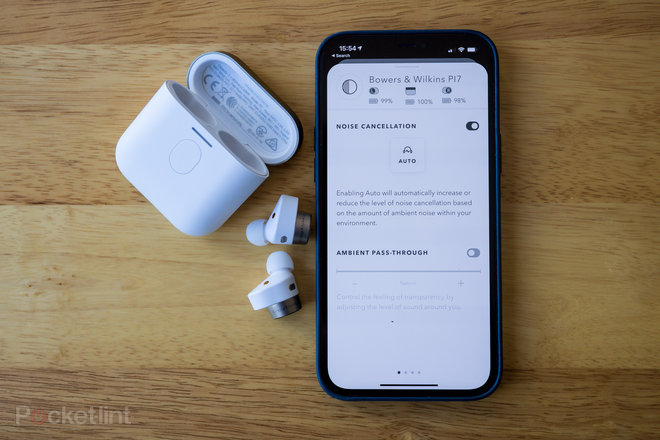 Led Zeppelin’s Bring it on Home (remastered) sounded deep, involving, and with excellent separation. As too did The Kink’s Shangri-La (the stereo mix). While it is weird writing about the imperfections in a recording, they are often what makes a certain version so good, and every squeaky guitar slide is picked out by these headphones.

Bass is impressive too. Each earbud has its own amplifier, supporting a custom 9.2mm drive unit. This works greatly across all fequencies, but bass certainly benefits.

Aside from obvious hip-hop examples, the opening bars of the 2019 remix of Come Together by The Beatles are throaty and tangible. All from tiny in-ears with no cable attached. Amazing.