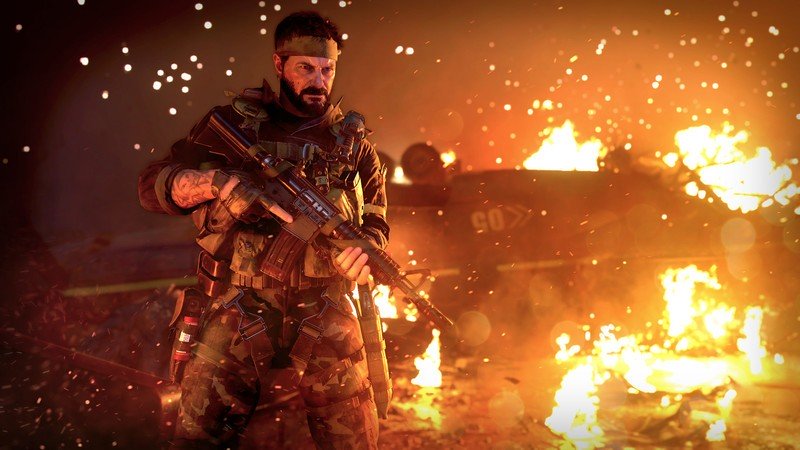 Considering this game is a part of the edgier Black Ops line, we have a lot of questions about how it’ll handle real world events.

INSPIRED BY ACTUAL EVENTS. A PLAN DECADES IN THE MAKING. KNOW YOUR HISTORY OR BE DOOMED TO REPEAT IT.

Those are the bold words that accompany the teaser trailer for Call of Duty: Black Ops Cold War. It’s a promise of intrigue, of Manchurian Candidate-inspired espionage and superpowers destabilizing as nuclear war looms.

It forms the concept of the game, which is a “geopolitical, globetrotting battle set in the 1980s where players encounter historical figures,” we’re told by Treyarch co-studio head Dan Bunting. Black Ops Cold War “lives between the headlines” of history, drawing on historical characters and events while still telling a fictional story across North America, Russia, Asia, and Latin America.

A more tactical thriller isn’t necessarily new for the Call of Duty franchise, especially in the Black Ops games, but it’s exemplified even more here. Both Raven Software and Treyarch have worked to build a game that feels far more in line with tales of spies and intrigue than with open warfare.

We recently got the chance to attend a digital preview event for the campaign portion of Call of Duty: Black Ops Cold War. Due to the nature of the world right now, we weren’t able to go hands-on with the campaign but instead saw a general overview of the themes and design, accompanied by gameplay clips from different portions of the story. Here’s what we learned.

Everything returning to Call of Duty: Black Ops Cold War

There was some strife going into Call of Duty: Black Ops Cold War. For one, Sledgehammer and Raven Software were originally reported to be co-developing this title before issues arose that caused Treyarch to step in. Kicking things off at the preview, we were shown the above teaser trailer. It shows off the political thriller concept, which we’re told was part of a campaign pitch originally designed by Raven Software, confirming these prior reports despite not directly mentioning Sledgehammer.

While some things have changed due to the involvement of Treyarch, such as the connection to the Black Ops sub-series, we’re told that “portions” of this original pitch are still being used and the campaign as a whole still appears to be led by Raven.

We finally have it, a direct sequel to the original Call of Duty: Black Ops.

Also, Bunting and the rest of the developers we spoke with on Call of Duty: Black Ops Cold War were refreshingly straightforward about how working from home and the global pandemic impacted the last crucial stretch of development, with Activision even sending home capture kits to performance actors to finish the project. There’s no question that this impacted the timing of the game’s reveal, which came months after when Call of Duty titles are usually unveiled.

But we finally have it, a direct sequel to the original Call of Duty: Black Ops, according to Raven creative director Dan Vondrak. The plot isn’t one of full-on open warfare and constant battlefields. Instead, it’s a thriller. A Soviet operative codenamed Perseus has infiltrated Western intelligence and is working to give the USSR a definitive advantage in the ongoing Cold War. In one cutscene we’re shown, the usual bureaucrats don’t believe the evidence and say Perseus is a myth, only to be shot down by President Ronald Reagan, who authorizes a team to do whatever it takes to find and stop Perseus.

This team is composed of returning faces Frank Woods, Jason Hudson, and Alex Mason, though the latter is no longer being performed by Sam Worthington. Newcomers to the team include, but are not limited to, handler Russell Adler and Lily Cowles. Adler is referred to as “America’s monster” a hard set character that makes the tough decisions.

Choices in an icy world 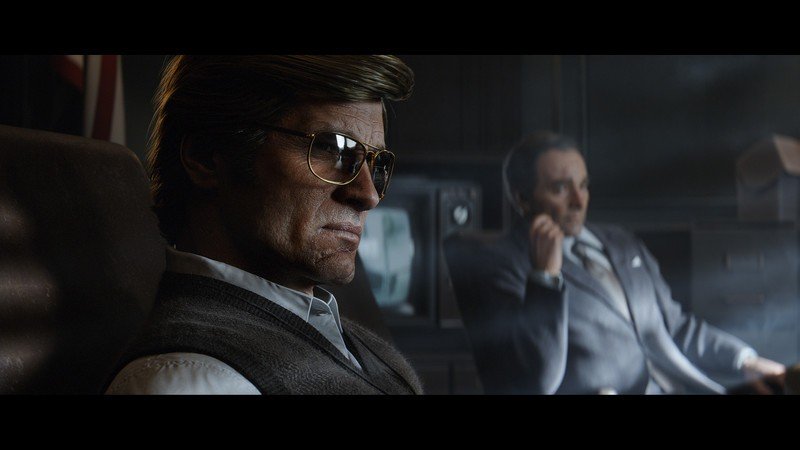 Per this presentation, the core tenets of the game include “paranoia, conspiracy, and mindf-ckery,” and the team even noted that it is using recently declassified government documents to fill in part of the game’s narrative.

There’s a lot of questions as to how exactly all this will be handled. The warnings of Russian infiltration in the teaser are delivered by Yuri Bezmenov, a real-world KGB defector quite familiar with how Communist intelligence operated and whose lectures are often incorporated into far-right rhetoric. This also comes at a time when Russian influence on political outcomes is… a relevant topic, to put it mildly. Reagan’s Presidency and his mental well-being at the time are a study unto themselves.

Despite all this, at the core of Black Ops Cold War is choice. Starting with the character creation, players can choose male, female, or redacted, with corresponding he, she, and they pronouns. Players will also fill out their psychological profile, choosing which elements to redact, such as if you’re a team player or have violent tendencies.

Throughout the game, there are opportunities for players to make different choices and gather evidence in side missions. These missions can be undertaken immediately, or you can wait and find more proof of a particular conspiracy. You’re even encouraged to question the motivations of everyone involved, including Adler and others on your team. All of these add up in just how your story unfolds, with multiple endings that Raven says are meant to provide ownership in a way that values player choice.

The dedication to retro styling 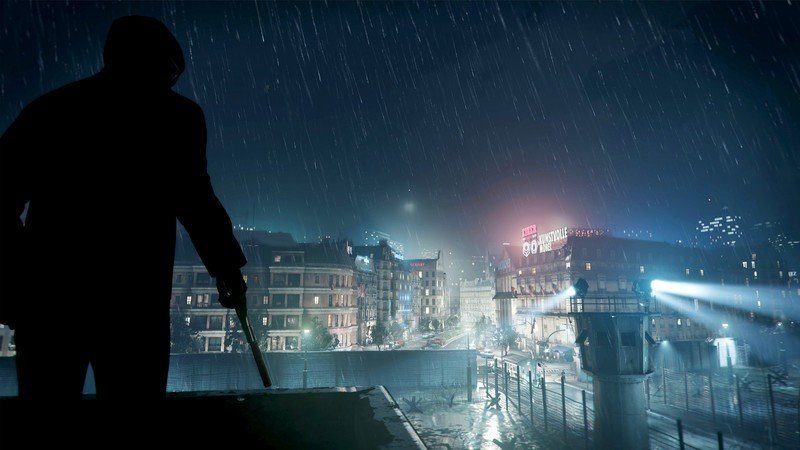 Outside of this grim exchange of subterfuge, Raven has clearly worked a great deal on getting the aesthetics and design of the 1980s just right. From the lighting to the character outfits, it’s all geared more towards undercover work than the full-scale warfare and special operations that the series has been known for. A large amount of time is spent explaining the attention to detail and focus on photorealism that the teams strive for.

The movie Atomic Blond and the HBO mini-series Chernobyl are both cited as reference material and it shows clearly. Neon nightclubs and rainy streets are juxtaposed with imposing concrete Soviet structures across the gameplay clips we’re shown. One particular operation takes place behind the Iron Curtain at a training facility designed to be a recreation of a calm, stereotypical Midwestern U.S. town. When a firefight inevitably breaks out, it’s accompanied by Hit Me With Your Best Shot by Pat Benatar.

Raven has clearly worked a great deal on getting the aesthetics and design of the 1980s just right.

We also see clips of what is best described as an “immersive sim lite” level. Players will get to go undercover at certain points, infiltrating Soviet operations centers with a variety of primary and secondary objectives that can be solved in whatever order you want, which you keep track of on a map. It’s a far cry from presenting the ability to play nonlethally, but it nonetheless looks to provide an interesting change of pace, as it takes the concept from Call of Duty: WWII’s “Liberation” level and heavily expands it.

While this globetrotting adventure is mostly set in the 1980s, there are a few key flashbacks that are set during the Vietnam War. One mission, which Raven and Treyarch refer to as the most unique level ever featured in their games, has the team reliving their traumatic experiences in a kind of mind palace. Brutal jungle warfare is intercut with red doors smashing down around the field and voices guiding you that you can choose to listen to or ignore. It’s a fascinating presentation and one we’re told has countless secrets and paths for players to explore.

When we inquired about features specific to next-generation consoles, Bunting happily confirmed that there are several ways in which the two studios are taking Call of Duty: Black Ops Cold War to the next level with the newly-incoming hardware. Anyone playing on Xbox Series X or PS5 can look forward to hardware ray-tracing, seamless load times, an overall better “quality of life” experience and 120hz refresh rate support. PS5 players will also benefit from the DualSense haptic feedback, which is being supported. 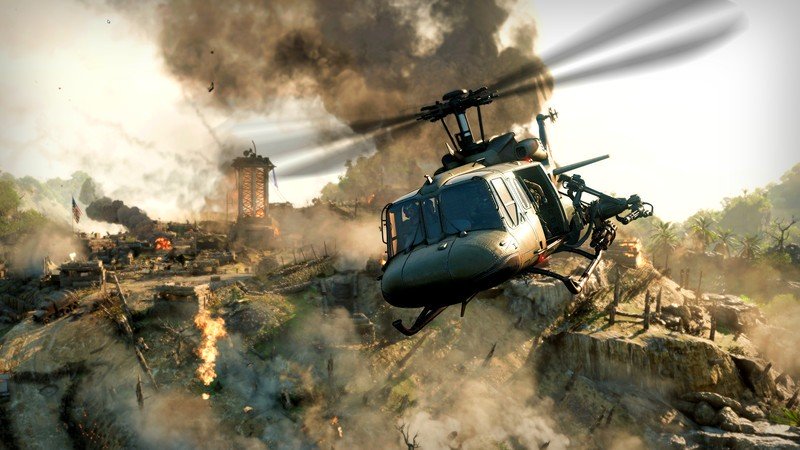 While this preview event was focused on the singleplayer campaign, other big modes will accompany this bleak story. The multiplayer efforts are spearheaded by Treyarch, which reveals that Warzone is going to continue in Call of Duty: Black Ops Cold War. Cross-generation, cross-platform play is in, so you’ll be tearing up Battle Royale with your friends across all platforms.

There’s going to be a Battle Pass, with shared progression across Warzone and Black Ops Cold War multiplayer. You’ll also be carrying over anything you’ve unlocked in Warzone so far, from blueprints to Operators.

We can also confirm that Zombies mode will return, though Treyarch is staying tight-lipped on any further details for now.

Bottom line: What do we think about Call of Duty: Black Ops Cold War? 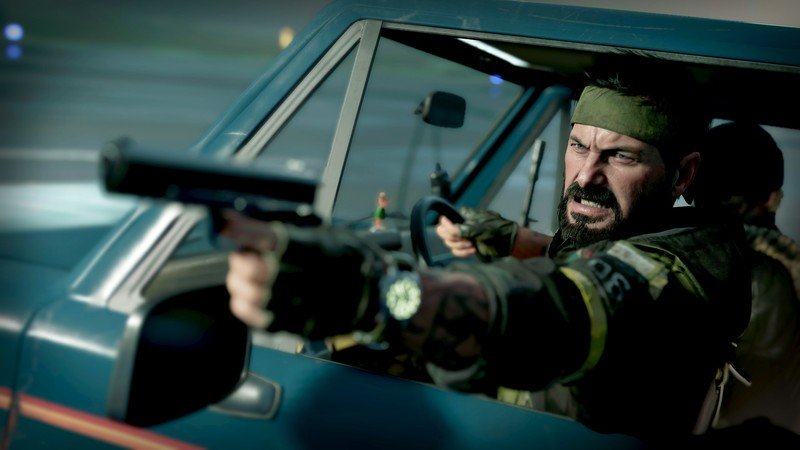 The Black Ops franchise has always been one of the edgier sections of the Call of Duty brand. It’s equal parts intriguing and concerning since political strife and impending destruction are being examined for the purpose of a hopefully entertaining undercover thriller. To say we have questions about how the subject matter is being handled would be an understatement. With that in mind, some of the design choices presented by Raven are legitimately promising, as is the focus on player choice. Plus, we’d love to see this all play out in a compelling, smartly-written drama.