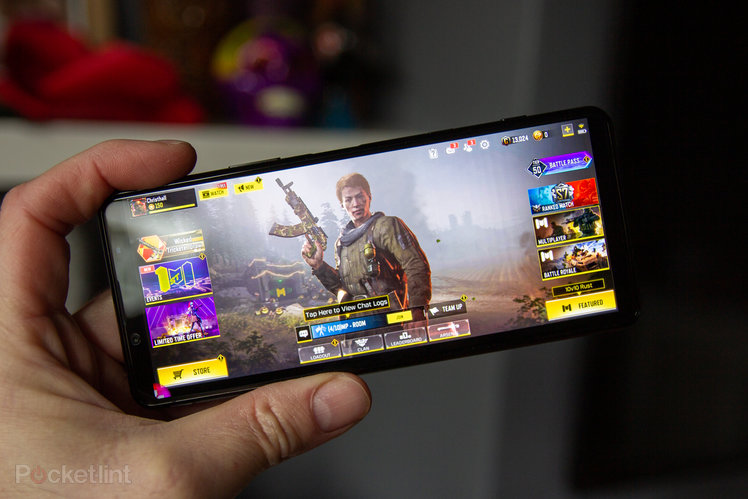 Sony Mobile and Activision together announced that Call of Duty Mobile – one of the top games of 2020 – would be moving to 120fps, at the launch of the new Xperia 5 II in September.

That’s great news for gamers with devices that support 120fps, because it means that you can get smoother action in the game, preserving detail as you move around. The display should, in theory, be able to preserve background detail when you’re turning, for example, so the visuals remain clearer.

On the Xperia 5 II you have to do two things to make this happen. Firstly, you have to make sure that the phone display itself is set to the faster refresh rate – 120Hz – and you also have to change the graphics settings within the game. That’s where you’ll find the compromise.

When you get into the graphics settings, you’ll find the labels for graphic quality and frame rate aren’t quantified – instead you have low, medium, high, for example, rather than specific resolutions or fps.

It’s here you’ll find “ultra” in the frame rate options, with an indicator that this top setting is only available for multiplayer (which is understandable, as multiplayer is a much faster experience than the battle royale).

Unfortunately, when you click on the “ultra” frame rate option, the graphics quality setting moves to medium. Yes, medium. You can’t select a higher graphics level when using the Ultra frame rate.

And that’s a huge jump in the visual difference within the game. Here’s an example of the difference between medium graphics and very high graphics. You’ll notice that a lot of the detail has been removed, especially in the plants and ground textures.

On this map – Crash – this particular area is a favourite for snipers and without that graphic detail, you’re essentially stripping away some of what might hide you in the game. Surface textures are really different, it’s just a lot less impactiful when you switch to medium settings.

Further than that, the medium graphics quality is where lower power devices play, like Snapdragon 600 series phones, for example, and it doesn’t feel like a flagship experience if you make that move.

Having played at 120Hz on those Ultra settings and at Max settings (which allows you to have the top detail in the game), we just don’t think it’s a trade-off that’s worth making. Sure, if you look closely the Ultra frame rate does make for a smoother game – but you have to ask where your focal point is – if you’re watching things pan past, yes, there’s a difference, but if you’re scanning the whole area for enemy, we don’t think it’s huge. So far we’ve not experienced a great benefit in times of wins or K/D ratio when playing at the faster refresh rate either.

Ultimately, we all want everything – top graphics and faster frame rates. We’ve asked Activision why this isn’t an option and whether this will change in the future, and we’ll update when we hear back. At the moment we believe the Ultra option is only available on the Sony Xperia 5 II – we’ve looked on some other 120Hz phones and found they don’t yet have the option, but we’re sure that will change in the future.