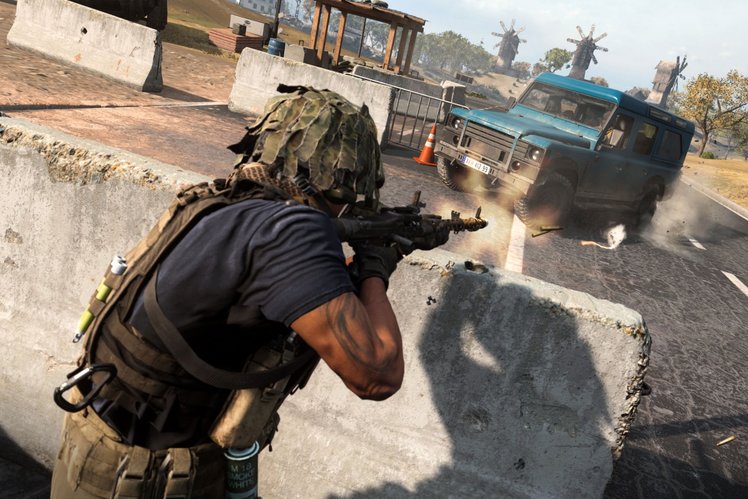 Call of Duty: Warzone couldn’t have come at a better time really, and its Season 3 update is set to widen the field even further. Not to put too fine a point on it, there are a lot of people all over the world finding themselves with more time on their hands at home than before. And what better way to while away the days than with a new free-to-play battle royale game, tied to an already dominant franchise?

The good news is, as players have been discovering since its release, the game is also a cracker. It’s enjoying a smooth launch reminiscent of the arrival of Apex Legends, but with a far more enviable playerbase, apparently already having cracked the 30 million mark.

We’ve plunged into the massive Verdansk map along with those millions, practising and squadding up to figure out some useful strategies and tips that you can take into your own sessions. Say it quietly, we might even have won a few games.

So here are our top tips to becoming a better COD Warzone player.

1. Pop and cut your chute to drop more quickly

Pretty much the minute Warzone went live, players figured out a cheeky way to get a bit of a headstart in a match. As you drop from the cargo plane over the map, you can pop your parachute whenever you like to glide down more slowly. What people realised, though, is that you can actually cut your cord to dive again and re-pop your parachute as many times you like. Now people are using that to their advantage.

Firstly, as you fall, popping your chute then cutting the cords seems to give you a short speed boost, and throws you forward more aggressively, letting you cover ground more quickly to get to your chosen landing zone.

Secondly, after you cut your parachute away you get a few seconds where your starting pistol is drawn, potentially letting you get some shots away at other people falling, to get that first little advantage.

2. Check the map before you drop

Of course, that choice of landing zone is a key variable in the start of a match. The minute you see the cutscene of the cargo plane starting up, you can bring up the map screen for your battle royale match, and see where the shrinking gas circle will start. That can help you to gain a sense for where people are more likely to land, and for where you’ll have to aim for as it approaches.

It’s important that, as your confidence grows, you tailor your tactics on this front. If you don’t fancy yourself in chaotic gunfights, maybe go more remote in order to get some solid equipment. Alternatively, go for the “trial by fire” approach and train yourself in fighting by seeking out crowded areas. It’s up to you, but make sure you do pick a spot. 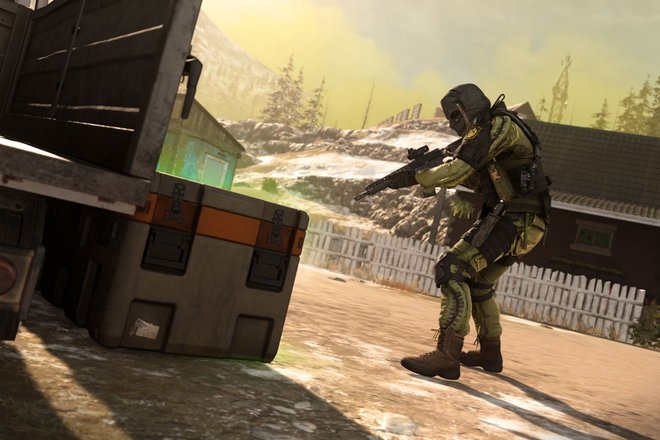 Warzone has a cash economy at its heart even in its main battle royale mode. You’ll collect money as you run around and some will be rewarded for completing contracts (more on those later). Some matches you’ll hardly find any, while in others you’ll be swimming in the stuff soon enough. Either way, be sure not to sit on your cash too long.

In the battle royale mode there’s no bonus for collecting cash, so it’s really only there for you to use at the Buy Stations marked on your map. These let you buy a selection of killstreaks like UAVs and Cluster Strikes, as well as more armour plating and loadout drops. Our advice would be to be proactive on buying these rewards – you can’t take the money with you, after all, and a well-timed UAV could win you a gunfight really easily.

That said, if your teammates are dying a lot, you might want to keep hold of $4,500 to buy them back in, should they fail to win their redemptive Gulag fight.

4. Loadout drops are the way to go

Cash is important, then, but when you hit up a Buy Station it might be worth knowing what your priority should be. As we said, a UAV can be a huge help, but the top priority in your squad should be for someone to buy a Loadout Drop as soon as possible. These airdrops let your whole squad pick one of their standard multiplayer loadouts to swap into, getting their customised guns and equipment.

That’s like slipping on a glove in this context, letting you get in the groove with a loadout you’re comfortable with, and most of the best players are now using it as a way to dominate the late-game of each match. Follow suit, if you can! 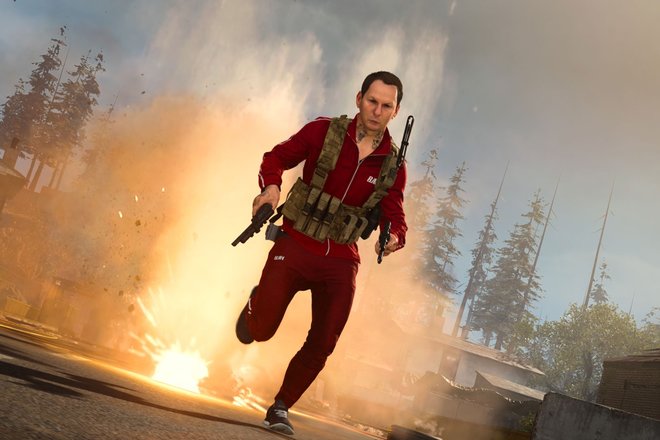 5. Pick up contracts whenever you can

If you’re daunted by the $10,000 price tag of a loadout drop, though, there are some good ways to earn cash and loot while you move around the map – contracts. These are marked out for you, and fall into three types: Bounties, Scavenger and Recon.

Bounties mark out one player on the map for you, in general terms, giving you a set amount of time to locate and kill him or her, and rewarding you if they die. Brilliantly, if you take out a bounty and someone else kills that player, you’ll still get rewarded. There’s no downside to picking one of these up – it’ll tell you where a player is and you get XP just for starting it.

Scavenger contracts mark out a succession of three loot boxes for you to find and open, with solid loot in them and a cash reward when you finish the set. Again, these are no brainers.

Recons, meanwhile, point you towards a capture point for you to lock down, and can feel a bit riskier. They require you to stay still for a little while, sometimes out in the open. They’ll tell you where the circle will next close, though, as a huge tactical benefit.

The final word, though, is that these contracts aren’t just good for loot and money – they also give you a short-term objective to aim for, and are a great way of making a match feel more structured and less like guesswork.

We keep mentioning squads, and while you can now play Warzone in a Solos mode, the aim is clearly still for most players to join a squad in the main battle royale mode. We’d encourage you to think tactically as a squad, therefore. If you’re sat with full armour and five spare plates, while your squadmates are down to nothing, drop some plates for them to pick up.

The same goes for cash and ammo – it’s often the case that only by pooling your cash can a loadout marker be bought, for example. This will encourage more selfless play in the long run. 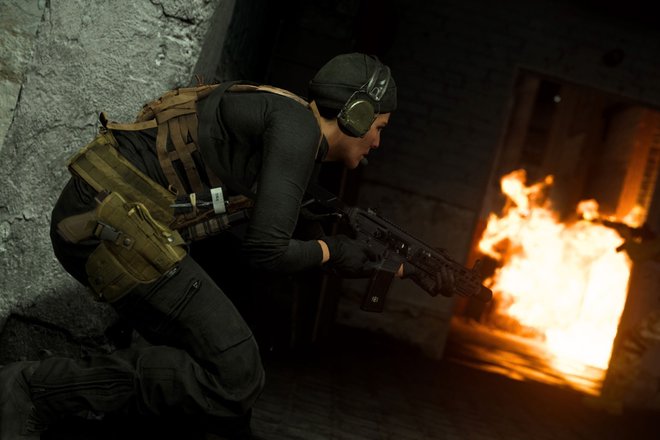 Just like every other battle royale game since Apex Legends came out, Warzone has a ping system to let you communicate with your squaddies. It’s on the D-pad’s up button by default, and lets you show them what you’re looking at or where you’re aiming for. This is an easy tip, but use it all the time, whenever you can. The more information you share, the further your squad will go.

8. Get creative with equipment

There’s also a range of field equipment that you can find around the map as you go, which can help you out in a pinch. Whether it’s field cover to block an enemy’s sightline, the Dead Silence perk to make you quiet for a spell, or more, there are a lot of ways these can help.

One fun new tactic that’s been discovered involves the field drone you can find. If you use the drone, and a teammate has C4 equipped, they can actually drop the C4 on the drone to turn it into a miniaturised, mobile bomb. Try it out for yourself, and let’s hope Infinity Ward doesn’t patch it out. 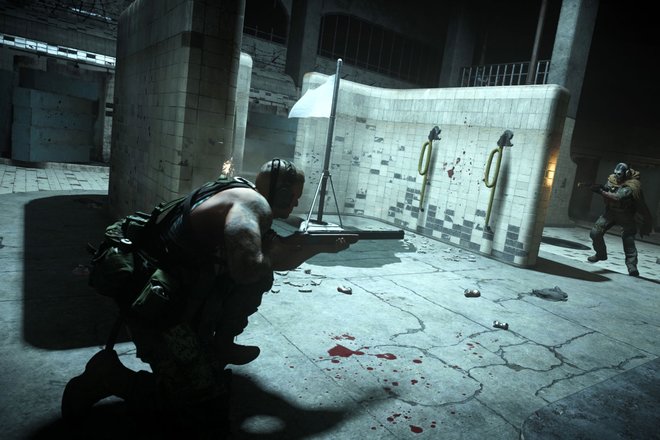 One of the most refreshing parts of Warzone is that death doesn’t have to be the end at all. Firstly, unless you die right near the end of the game, you’ll be sent to the Gulag, a jail where you’ll await a one-on-one gunfight to earn re-entry to the battlefield. Even if you lose, your squad can still buy you back if they have the money.

If two of you go to the Gulag at once, though, you could be able to help each other out. More than once, our teammate has been able to give us callouts while they watched our gunfight, helping us to win then getting back into the game. Take every advantage you can get!

10. Play Plunder for a change of pace

Of course, Warzone isn’t just pure battle royale – there’s also Plunder, a new mode that sees you buzzing around the map looking for cash and cash alone, before sending it away at designated points. It’s much more chaotic and frenetic than battle royale, especially because respawns are enabled and there’s no gas circle to worry about.

If you want a change from the nail-biting tension of battle royale rounds, it’s a great option to switch it up with, and you might even find that you prefer it. That said, you can expect to spend a little longer in server queues, as fewer people are playing the mode.

This one might upset anyone who’s ever been destroyed repeatedly by the weapon on a small map like Shipment or Rust, but the RPG is a heck of weapon in Warzone. It’s a superb counter to vehicles but can also clear bunched-together enemies brutally quickly.

If you’ve got a loadout with an RPG as its secondary, you’re unlikely to regret it, especially if you used the Amped perk to make switching and reloading it quicker. Plus, if you then get enough money for a Munitions Box together, you’ll be sitting on 7 high-powered rocket shots, enough to make you a force to be reckoned with.

Since launch there have been plenty of changes to playlists in Warzone already – we’ve got a Solos mode, if you fancy taking on the map on your lonesome, and the launch of Season 3 has seen the default mode change to Quads, raising your squad size to four. That’s perfect if you were always excluding a mate to get down to a three-man squad.

Still, though, if you don’t have four people and don’t want a random in your team, you could always change your Squad Fill settings to make sure that it’s just your friends, and take your chances with a smaller squad. It’s a disadvantage, for sure, but it can be fun to see how your tactics have to change under duress.