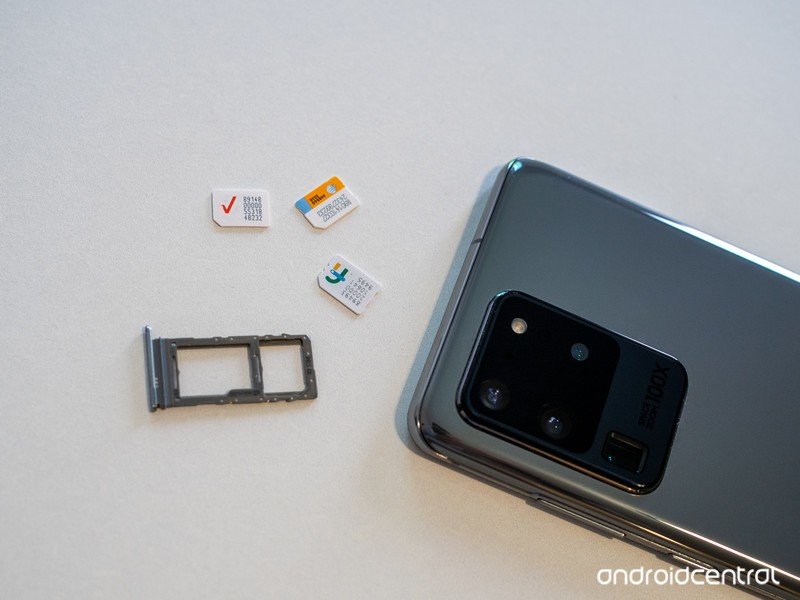 Best answer: If your phone works with the MVNO’s base network and is unlocked, you should be able to use it. However, some MVNOs, like Boost Mobile or Visible, will only activate specific phones.

In the U.S., there are four major carriers with nationwide networks — AT&T, T-Mobile, Sprint, and Verizon. All four of them use generally the same technology, but there are some major differences worth noting.

Thankfully, the days of poor interoperability between carriers are behind us, but there are some lingering issues. Even though all the major U.S. carriers have adopted what amounts to the same LTE standard as their high-speed mobile internet offering, they all use different wireless spectrum — also known as wireless bands, or frequencies — to deliver calls, text and, most importantly, data, over the air.

Even if your phone is technically compatible with a particular network, the SIM slot still needs to be unlocked to work on carriers both in the U.S. and abroad.

In the U.S., unlocking services are free as long as your account is in good standing and your phone hasn’t been reported lost, stolen, or involved in illegal activity. All the Big Four carriers are obligated to unlock your phone, though the process differs between them. All recent Verizon phones are unlocked out of the box.

The unlock procedure differs for each carrier but you’ll need to request an unlock either by contacting customer care or by logging into your account.

Let’s discuss the individual carriers themselves, and why your phone — perhaps one you bought through your old carrier or purchased unlocked — may or may not work on the network.

There aren’t that many Verizon-powered MVNO, or MVNOs, in the U.S., so we’ll start with the easy one. Companies like Visible or US Mobile, that use Verizon’s network, make it pretty easy to bring your own phone. If you aren’t sure if your phone will work you can always check on the MVNO’s website.

Quick trick: Open your phone’s dialler and type *#06# to get its MEID number.

As we said above to work on a Verizon-based alternative carrier, your phone needs to support the following frequencies:

1 Phone must support bands on CDMA.

Sprint is, like Verizon, a combination of CDMA-based 3G and modern LTE — though it uses different wireless frequencies. The upside is the same — your phone will need to support CDMA service on 3G in order to make calls and texts, and likely to register on the network entirely. Even if your phone supports Sprint’s LTE bands, it won’t be able to connect to Sprint’s core network.

There are many MVNOs that use on Sprint’s network, including Ting, Straight Talk, and Boost Mobile. Most of these alternative carriers have online services to allow you to check whether your unlocked phone is compatible with its host network, though some — like Sprint-owned Boost Mobile — have explicit restrictions. For example, Boost Mobile customers cannot bring most Sprint-branded phones over to its network.

To use a phone on an alternative carrier that connects to the Sprint network, your phone needs to support the following frequencies:

1 Phone must support bands on CDMA.

Like Sprint, there are many MVNOs that rely on T-Mobile’s network, including Mint Mobile, Metro by T-Mobile, and others.

The good news for those bringing their own phones to one of these networks is that there’s a good chance if it was bought in the past few years, that it will just work. All that you need is a SIM card and service from the new provider and you should be good to go.

That’s because T-Mobile uses a combination of 3G and 4G LTE technologies that have been widely adopted throughout the world, and most phones today, from the Google Pixel to the Galaxy S20, OnePlus 8 and many others, will just work on an MVNO that runs on the T-Mobile network.

To make sure it will work, though, you have to verify your phone supports the following bands:

AT&T doesn’t power many MVNOs, but it does own one: Cricket Wireless. Like T-Mobile, bringing a phone to an AT&T-powered MVNO is usually no big deal. Most phones sold in the past couple of years work with AT&T. Indeed, AT&T’s adoption of the worldwide HSPA+ standard for 3G, plus its standard LTE capabilities, means that even phones purchased overseas should work with Ma Bell.

After you’ve verified that a phone is SIM unlocked, you need to make sure that your phone has the following bands to work with an AT&T-powered alternative carrier:

One outlier is Google Fi since it is able to make use of three separate networks (Sprint, T-Mobile, and U.S. Cellular) and select the best network automatically. This requires a supported phone such as a Google Pixel device and needs the Google Fi app installed. Google Fi still lets you use any T-Mobile compatible phone on its network, you just won’t get network switching.

Some other MVNOs like US Mobile use multiple networks except with these networks you must choose one network and stick with it. Typically, you will get a SIM card for either network and use the one that works best for your phone and in your area. This is the most common way an MVNO will use multiple networks. It also makes it much easier to bring over unlocked phones if you don’t need to worry about whether it will work with the network.

Pure Android and a great camera

This Google Pixel comes with a pure version of Android with plenty of security updates. It has solid hardware, a great camera, and works on most carriers.

The Moto G7 Power has a sleek design, a large display, a huge 5,000mAh battery to last all day, and works with nearly any carrier thanks to great network support.