When Apple unveiled its M1 powered Macs in November 2020 the company stated that macOS Big Sur had been rebuilt from the ground up to make use of the new processing technology.

While this is great news for those who want to use the latest and greatest, for those who need to be able to run older versions of macOS – perhaps because they rely on software that doesn’t work on Big Sur, or because they need to test websites and apps on older operating systems – this will be a disadvantage.

So, this begs the question, is there a way to run older versions of macOS on the new M1 Macs?

Sadly, the answer to this question is no. While Big Sur is able to run on both Intel and M1 chips, none of the previous versions of macOS are compatible with Apple’s new processors.

The reasons for this are quite straight forward: all the macOS versions that preceded Big Sur were x86-only, meaning they were built specifically to work with Intel’s processors, which use the x86 instruction set. macOS Big Sur is special because it supports the x86 format as well as being the ARM-based M1 chips, which use a RISC (Reduced Instruction Set Computing) architecture.

The practical upshot of this is Apple’s new M1-powered devices start on macOS Big Sur and can’t go back to other iterations of the operating system.

Take a look at our which version of macOS can my Mac run? guide for more details on compatibility for Apple’s desktop operating system.

Can I run an older version of macOS on an external drive?

Some Mac users use an external drive to run older versions of macOS – they can boot from this drive rather than the one inside their Mac and run the older verison of the operating system.

While this is still possible on Intel-powered Macs, it’s not possible on the M1 Macs. More specifically, you can still run macOS from an external drive, but it can only be Big Sur.

See how to install macOS on an external drive for more details.

Can I use Parallels or VMware to run old macOS on M1 Macs?

Another common way to run alternative versions of operating systems is to use a virtual machine. These software solutions allow people to run Windows 10 alongside macOS on a Mac without having to reboot to launch the other OS.

This is a particularly favoured route for developers creating versions of software that will run on several different platforms. You can check out our roundup of the current crop in best virtual machine software for Mac.

Two of the leading VM packages are Parallels and VMware Fusion, both of which have stated that their current iterations don’t support M1 devices. 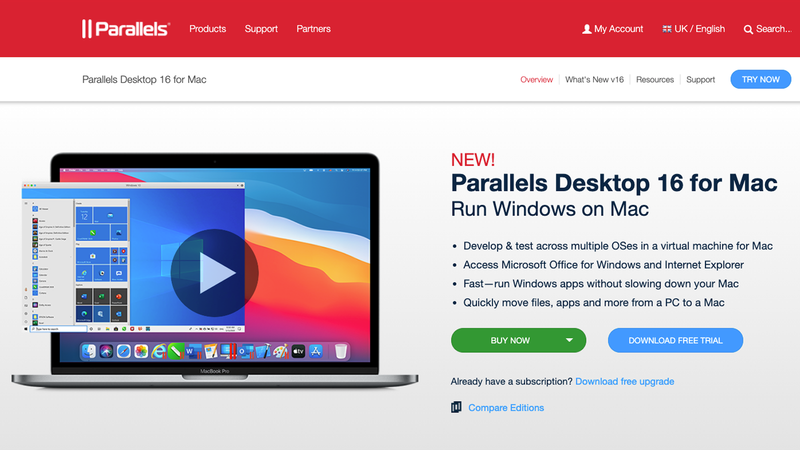 The VMware blog says that, “While we’re not quite ready to announce our timeline, we’re happy to say that we are committed to delivering VMware virtual machines on Apple Silicon!”.

So, it does look like you’ll be able to use virtual machines on M1 Macs at some point in the future, but there’s nothing available at the moment. It may also be the case that the only alternative to macOS Big Sur on VMs will be the ARM-version of Window rather than older versions of macOS.

If you’re looking for more information of using Macs for software development, read our guide to the best Mac for programming.

How do I run older versions of macOS?

So what can you do if you need to run an old version of macOS on your M1 Mac?

The simple truth at this time is that if you want to run older versions of macOS then you’ll need an older Mac. One option is to use your previous Mac as a dedicated platform for older versions of the operating system, then move to an M1 Mac for all other duties. This, of course, presumes that you have an old Mac lying around that you can use in this way.

If you’re only going to have one Mac and you need it to run previous versions of macOS, not to mention Windows, then you should avoid moving to the M1-powered devices at the moment. At least until the virtual machine software updates bring the feature to Apple’s new silicon machines.

In the meantime, check out our best Mac buying guide, best Mac for photo editing, best MacBook Pro deals, plus should I wait for the M1X Mac?