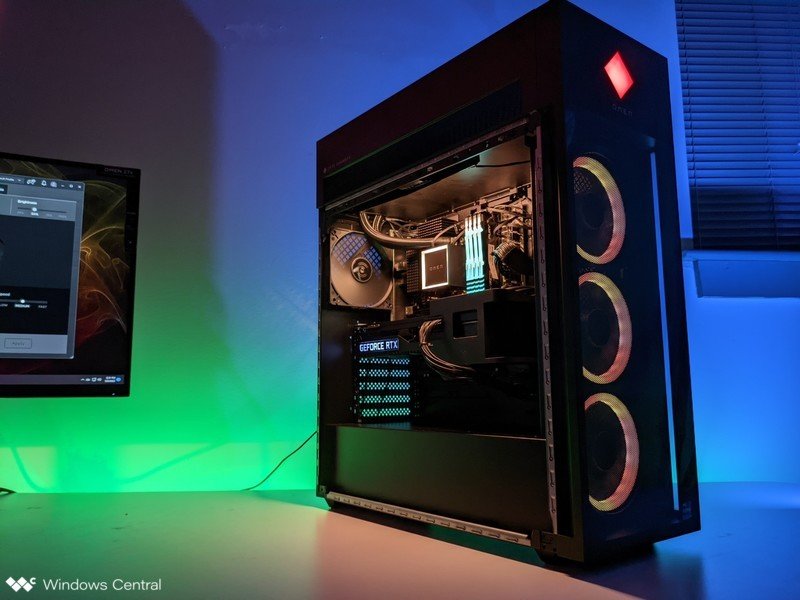 What’s so great about the HP Omen 45L case? 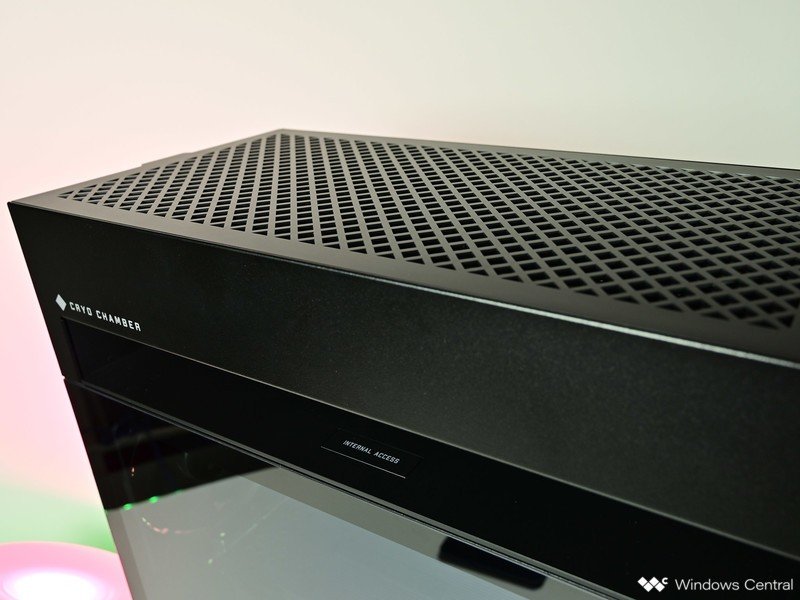 HP’s Omen 45L was announced at CES 2022 and quickly became our pick for best gaming PC. It’s similar to the Omen 40L case in a lot of ways including basic aesthetics, except it has an extra cryo chamber built on top and three intake fans along the front.

This is a unique design that’s patented by HP. It allows for the CPU’s liquid-cooling radiator to be housed outside of the main chassis, reducing internal heat. HP claims this can reduce CPU temperature by 6 degrees Celsius when compared to the Omen 30L. Because the Omen 45L can be configured with the most powerful PC hardware out there (that can also be overclocked), this helps push performance to the limit.

The cryo chamber is not a permanent part of the case. It can be removed, and it can house essentially any of the best AIO liquid coolers within 120mm and 360mm (with a 58mm maximum thickness). The chamber is secured to the case, so it can act as a carrying handle if needed.

The Omen 45L standalone case can house up to a full ATX motherboard, and there’s plenty of room for cooling. Buying the case on its own gets you a fairly barebones setup without any cooling fans. There are four USB-A ports on the front, as well as two 3.5mm audio jacks for headset and mic. This is a solid starting point if you’re looking to build your own PC.

When can you buy the HP Omen 45L case separately? 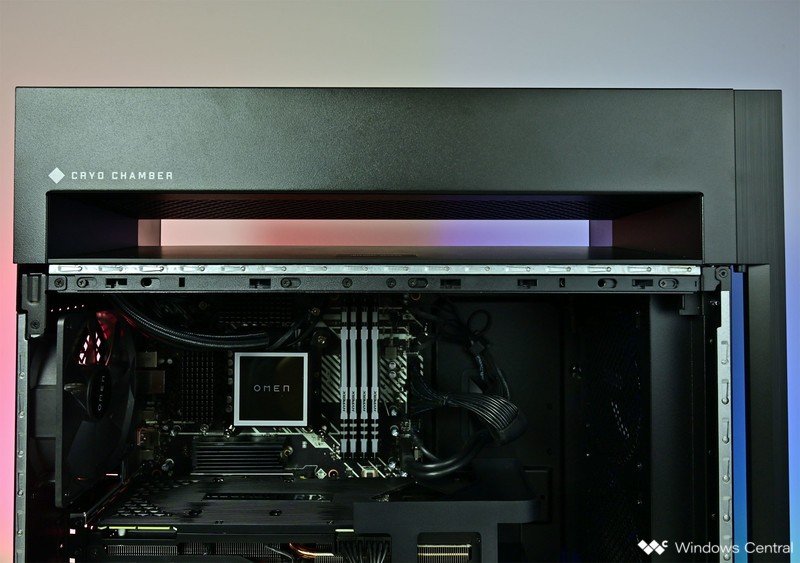 HP stated from the start that it planned on selling the HP Omen 45L case as a standalone product, and it’s now available for preorder through the official HP website. It costs $350 and is expected to begin shipping April 26, 2022.

If you’d like to buy the full PC, there are AMD and Intel versions available. The former comes with AMD Ryzen 5000 Series CPUs, while the latter comes with 12th Gen Intel Core CPUs.

Both come with your selection of NVIDIA RTX 30-series GPUs that make up a good chunk of our best graphics card picks. There are also plenty of RAM and storage options from which to choose. This is a truly high-end PC with models starting at about $1,800. Have a look at our HP Omen 45L review for more information about the full PC. 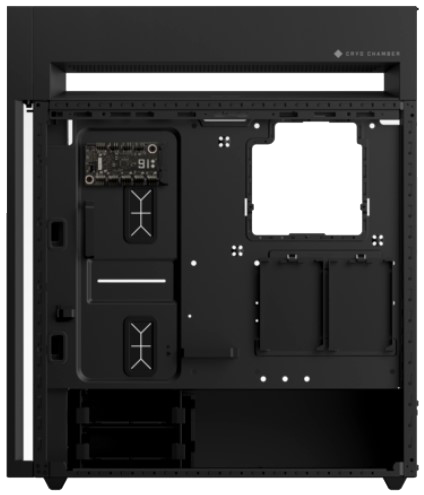 The HP Omen 45L case can now be purchased on its own. It’s a fairly barebones case without any fans, so you’ll be adding essentially everything. It’s expected to begin shipping April 26, 2022. 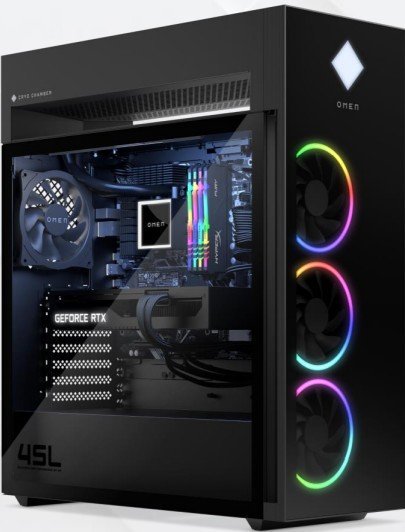 The Omen 45L should meet the demands of most customizers and PC enthusiasts who want name-brand parts, configurability, upgradeability, and to push extremes in performance. The unique Cryo Chamber is a fun and unique HP innovation.