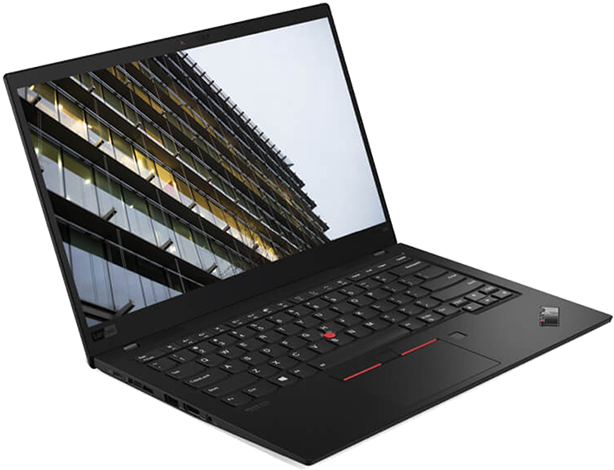 Lenovo’s ThinkPad X1 Carbon (Gen 8) is a high-end business laptop that generally costs more than the TravelMate P6. It doesn’t have a full-size Ethernet port, and the battery might not last as long, but its keyboard is exceptional, there are a ton of configuration options, and the ThinkPad design and durability is tough to beat. 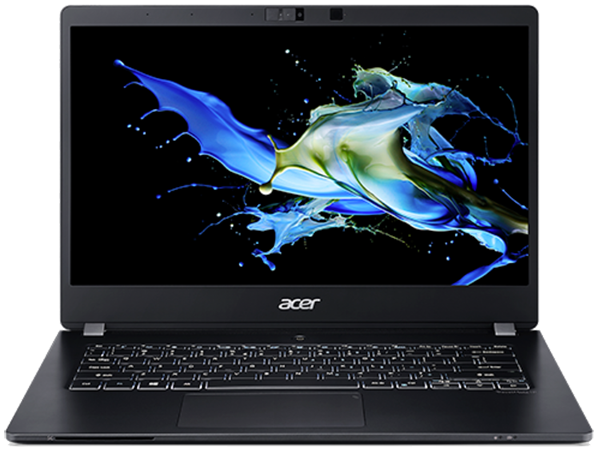 Acer’s TravelMate P6 generally costs less than the X1 Carbon, but its build quality doesn’t quite match up, and the keyboard is inferior. Nevertheless, battery life is superior, it has a full-size Ethernet port, top-firing audio is good, and the display is colorful and bright. This is an excellent option if you want to spend less on your business laptop. 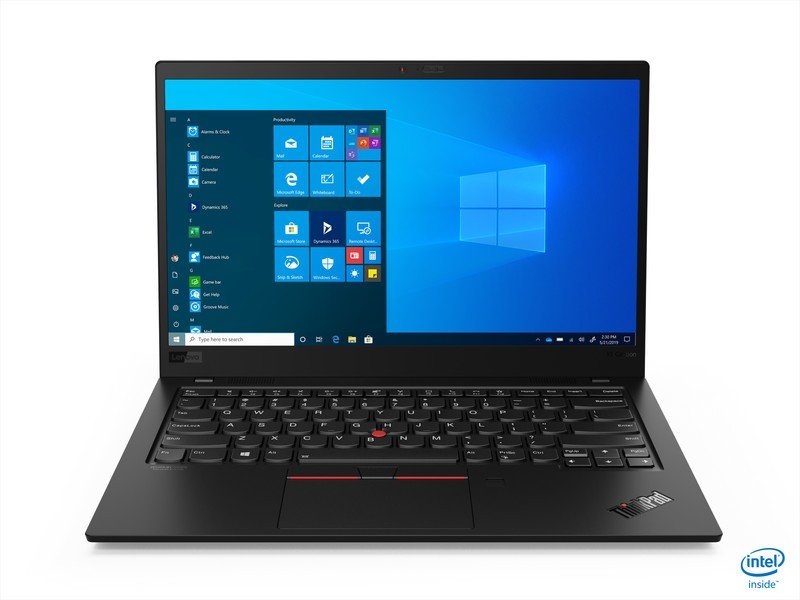 These two business laptops have the same idea in mind when it comes to design, but there are some notable differences. The X1 Carbon is just a bit thinner and not quite as deep as the TravelMate P6, though the two laptops essentially weigh the same. Some hardware options available in the X1 Carbon, including the display, will bump that weight up. However, both laptops remain easy to carry around with you.

The TravelMate P6 employs a magnesium-aluminum chassis throughout, and it has undergone durability testing to prove it can withstand life outside of usual office stress. The X1 Carbon has a magnesium alloy bottom, but the lid is carbon fiber. It has also undergone extra durability testing to prove its strength. The P6’s finish doesn’t pick up nearly as many fingerprints and smudges as the ThinkPad chassis, which is a total magnet for oily smudges. Overall, the X1 Carbon feels more solidly built with less flex in the chassis and lid. The P6 isn’t far behind, but you can feel the price difference when handling both these laptops. 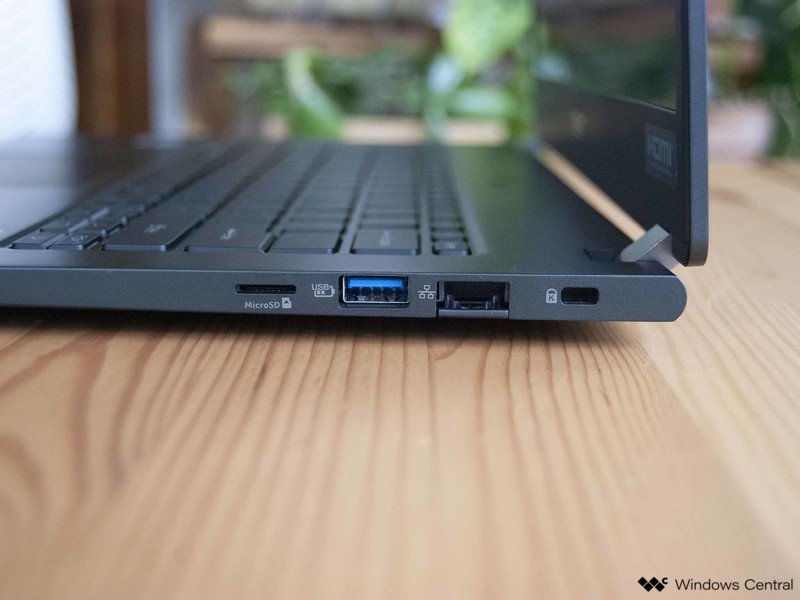 One issue many have with the X1 Carbon is its Ethernet extension port that requires an adapter for full RJ45. There’s also no microSD or SD card reader. If you often ditch Wi-Fi for a more stable wired connection, you will have to carry around an extra dongle. The P6 has full Ethernet and a microSD card reader, though it has just one Thunderbolt 3 port.

On the back edge of the X1 Carbon is a WWAN slot for Nano-SIM if you opt for LTE hardware inside. eSIM is also built-in if you’d rather go that way; the bottom line is that you’re going to be able to stay connected everywhere, even outside of Wi-Fi range. The TravelMate P6 does have LTE connectivity listed in some reference documents, though it seems models are limited to certain markets outside North America. Both laptops offer Wi-Fi 6 for future-proof connectivity.

The X1 Carbon beats the TravelMate P6 when it comes to security features.

Speaking of the camera, the P6’s IR camera comes with a 1080p standard camera and chunky camera shutter. It’s not nearly as elegant as the X1 Carbon’s smaller webcam shutter. You can opt instead for a 720p camera without an IR accompaniment.

As for the keyboard, the X1 Carbon also wins. ThinkPad keyboards are tough to beat, and though the P6’s keys have nice travel, the small chiclet keys just aren’t as easy to type as the cupped Carbon keys. If you’re buying a laptop and plan to type all day, the ThinkPad should be your first choice. 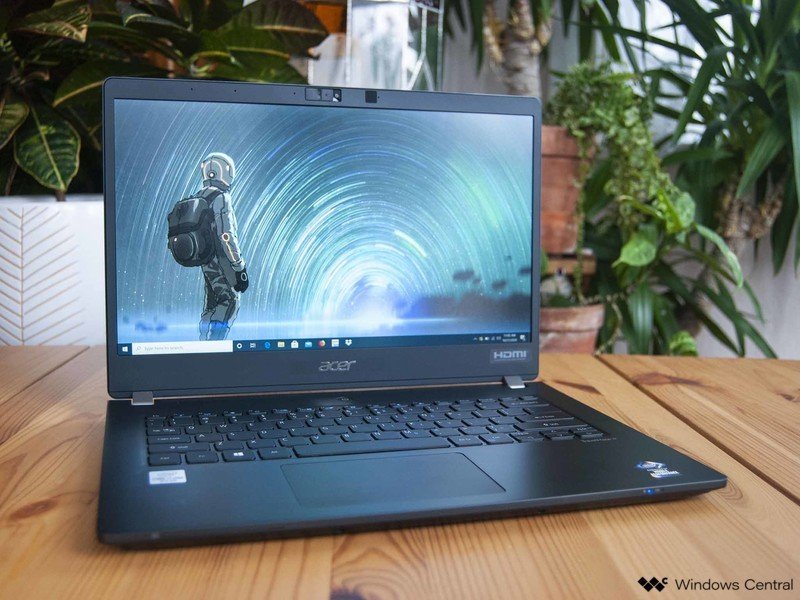 The TravelMate P6 has a 14-inch display with 1920×1080 (FHD) resolution. That seems to be the only screen available, but it does a great job. It hits 100% sRGB color and more than 350 nits brightness. Combined with the matte finish, it’s easy to use even in well-lit spaces.

The X1 Carbon also has a 14-inch display, though there are many different configurations depending on your needs. A low-power FHD version hits 400 nits brightness and will preserve battery, plus there are standard non-touch and touch FHD versions with the same 400 nits brightness. Rounding out FHD options, you can go with a PrivacyGuard filter to protect sensitive data.

Stepping up the resolution, the X1 Carbon comes in a 2560×1440 (QHD) flavor with 300 nits brightness. Finally, the most expensive version is 4K UHD with Dolby Vision HDR 400 and up to 500 nits brightness. This screen has a glossy finish, while all others are anti-glare.

Acer’s screen is great, but if you need more options, it’s clear that the X1 Carbon can accommodate.

Because both of these laptops are available with 10th Gen Intel Core i5 and Core i7 CPUs — in vPro and standard versions — performance should be largely the same. Some older models of the P6 were available with integrated NVIDIA MX250 graphics, but at the time of writing, there only seems to be new models with integrated Intel UHD. The X1 Carbon is also using integrated graphics.

One difference is the X1 Carbon’s completely soldered RAM that allows for no upgrades. The P6 has one 8GB module soldered, but there’s room for a second module if you’d like to upgrade later. The M.2 SSD can be upgraded on both laptops.

The biggest difference you’re going to see between these two laptops is likely battery life. Unless you’re going with the low-power screen option in the X1 Carbon, you should see longer life from the TravelMate P6. In our testing, it managed more than 14 hours in a rundown test. QHD and UHD resolutions in the X1 Carbon will sap its battery life, which is already inferior to the P6. You can still expect power for most, if not all, of a workday, but it just won’t quite match up in most cases. 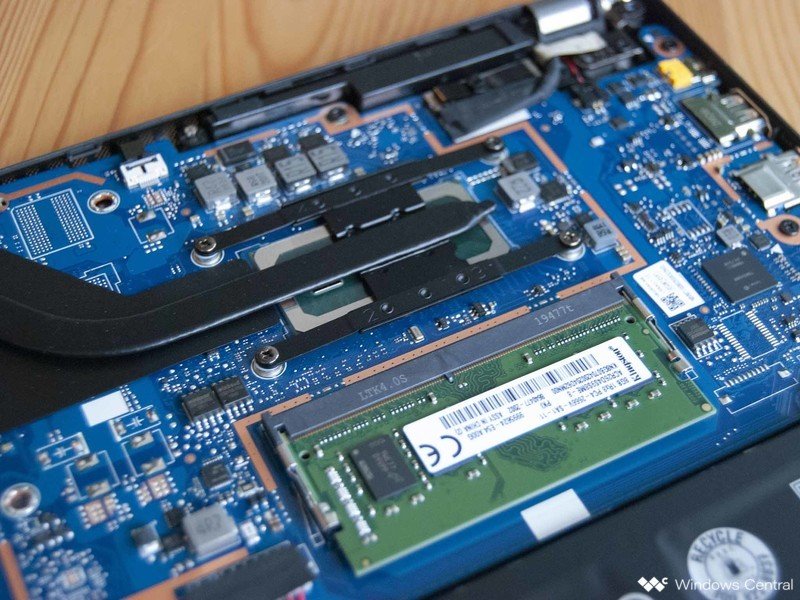 To compare, a similar X1 Carbon with Core i5-10210U CPU, 8GB of RAM, 256GB SSD, and 14-inch FHD display costs about $1,253 at Lenovo after a fairly generous instant discount. Lenovo does often have some deep sales that puts the X1 Carbon in the same price range as the P6, so keep that in mind if you’re set on the ThinkPad.

The X1 Carbon will cost you more money, but its feature set is superior, and there are more configuration options. If you want a display with higher resolution, one of the best keyboards around, and extra security features, this is the laptop for you. See how it ranks in our collection of the best Windows laptop options available.

Lenovo’s ThinkPad X1 Carbon is a high-end business laptop with tons of features. It costs more, but it’s the right choice if you need more display options and LTE connectivity.

The TravelMate P6 might not be as feature-laden as the X1 Carbon, but it does have better battery life, similar performance, and some extra ports. It also costs less money in most cases, making it great for those on a budget.

Acer’s TravelMate P6 brings outstanding battery life and a colorful FHD display. It’s not packing as many features, but it’s still a great business laptop at a lower price.