Google is rolling out version 100 of Chrome OS this week, and to mark the occasion, the company is sharing some big updates made to the OS with this release. Among them, there’s a new Launcher with improved search capabilities, the ability to edit text with your voice, and the ability to create GIFs with the Camera app. Additionally, there are some new features geared towards remote learning.

Starting things off with the new Launcher, Google is rolling out a new design that doesn’t take up the entire screen anymore. Instead, it now opens in the corner, similar to the Start menu on Windows, leaving all your open apps visible. On top of that, the Launcher’s search feature is now more capable. When searching the web, you can now see more detailed results directly on the Launcher UI, instead of having to jump into the browser. This means you can search for things like weather and get more information more quickly.

The search improvements go beyond web searches, though. Now, you can search for open windows and browser tabs so you can more easily find the right one when you have a lot of them open at the same time. Additionally, you can search for Chrome OS shortcuts such as how to take a screenshot.

Another new addition in this release is the ability to edit text using your voice. This builds on the Dictation feature, which allows you to type into any text field with your voice, but now you can use your voice edit text you’ve already written. For example, you can tell your Chromebook to delete a letter, move the cursor, and more. This requires the Dictation feature to be enabled in the Chrome OS seconds. 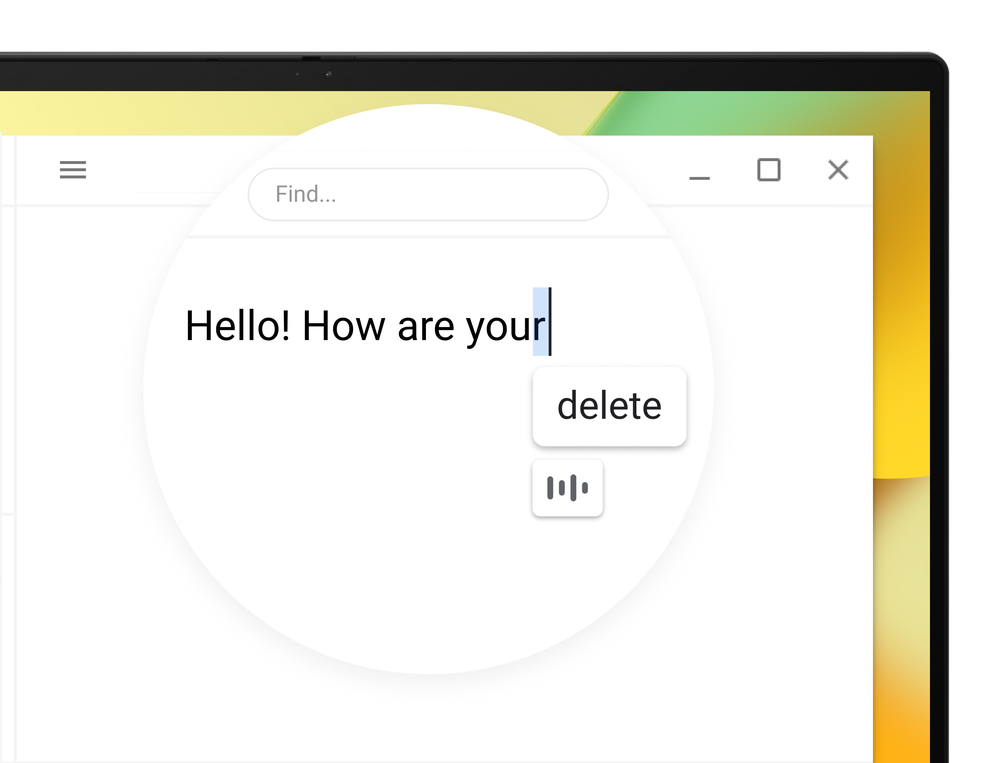 Reaction GIFs are all the rage these days, and Google is making it easier to create your own with this Chrome OS 100. The video recorder in the Camera app now has a GIF mode, which lets you record a five-second video, which you can easily share on social media.

Finally, Google highlighted some improvements specifically aimed at students. There are a few new capabilities here, but one of the most notable is that there’s a new YouTube app that supports offline video playback. That means you can save videos to watch when you don’t have an internet connection, and it’s a big deal if you need to keep someone entertained on a long trip.

Other features include the ability to add school accounts to Family Link so children can access their school resources on a Chromebook at home, plus parent supervision for YouTube is also available for Family Link users. Beyond that, Google has made it easier for IT admins to manage devices in an organization, including a new report that quickly shows them which devices need attention.

One feature that isn’t mentioned in this announcement is animated screensavers, which showed up in development versions of Chrome OS 100. Presumably, it’s still being worked on for a future release. Google is also working on a built-in screen recorder that isn’t available yet.