Windows 10 allows you to force your computer to use “Metered connection” mode that reduces data usage and the feature is useful when users are connected to a mobile network or Wi-Fi network with a limited amount of data.

On Android, Chromium is able to understand when a network is cellular and takes various actions based on that. For example, downloads and prerender/prefetch both adhere to this, among other things. In a new Chromium commit, Microsoft noted that it wants to ensure metered networks are properly addressed in Windows 10. 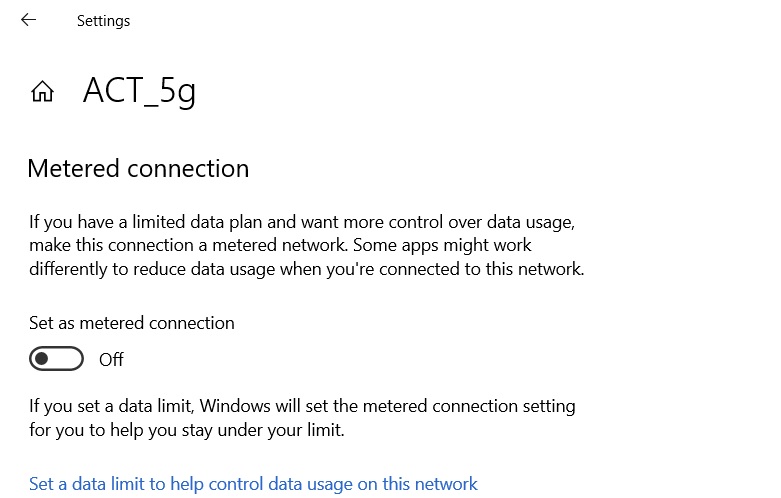 Windows comes with both metered Wi-Fi network and a non-metered cellular network, but neither of these features is supported by Chromium desktop version. In fact, Chrome OS does seem to handle this better than Chrome for Windows.

Windows 10 has a WinRT API to enable support for metered connection detection in apps, such as Microsoft Store, but Chromium is currently not using the WinRT API.

To enable support for detecting Windows 10 metered networks when you’re using Google Chrome, Edge or any other Chromium browser, Microsoft is now adding “GetConnectionCost” to the NetworkChangeNotifier class and this will work without WinRT API.

This code change will enable a new system that can differentiate between cellular versus non-cellular networks, which is essentially the same as how Windows 10’s metered connection feature works.

“This change updates the NetworkChangeNotifierWin class to retrieve the metered network status and register for updates from the OS. It also creates an Observer class similar to the other existing ones to notify other components when it changes”, Microsoft noted.

According to the telemetry data shared by Microsoft, more than one percent of wireless connections are marked “metered” on Windows 10. Interestingly, 35% of all machines have at least one saved connection marked as metered.

It’s also worth noting that Windows 10 currently comes with another feature that allows users to throttle bandwidth usage, but the feature currently works with Windows Update or Microsoft Store only, and it looks like Microsoft is not planning to bring it to other apps.